"I wish that the blues was less the music of the underdog and never mainstream.  It deserves better!"

First and foremost, Mary Flower is a world-class guitarist and lap slide player who swings the blues.  Along the way, she’s mastered the intricate, harmonically subtle Piedmont style, with its good-timey, ragtime feel.  The Piedmont style forms the foundation of much of her work, but she’s an unrivaled interpreter of Mississippi blues and an ingenious composer in her own right whose tunes take American music into uncharted waters. 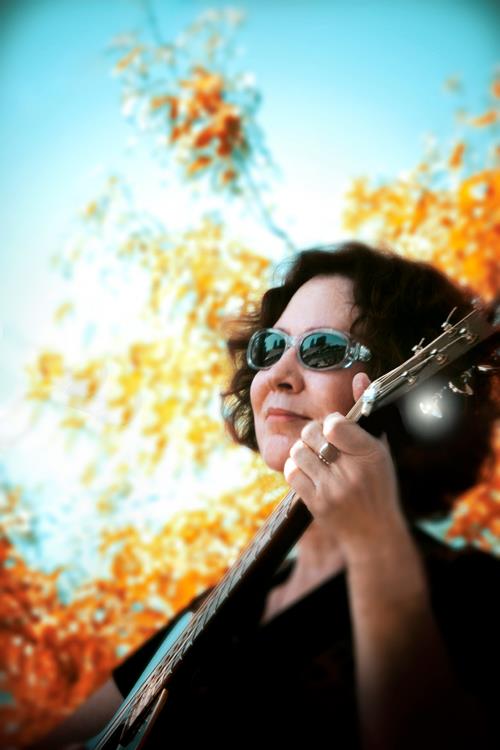 In the rarefied atmosphere where Mary operates, she’s recognized everywhere as one of the pre-eminent fingerstyle guitarists who continue in the rich acoustic blues tradition.  In fact, she’s twice placed in the top three at the prestigious National Fingerpicking Championship in Winfield, Kansas - the only woman to do so. That’s remarkable enough, but Flower goes beyond technique.  She’s a warm singer who ranges far in the byways of blues and jazz for the kind of down-home yet sophisticated material she feels comfortable with.   Mary brings smarts and sublime equipoise to her music - you’ll feel happier after listening to her! Mary’s 2011 duet CD Misery Loves Company released from Yellow Dog Records
Currently, Mary has been nominated in two categories, “Acoustic  Artist” and “Acoustic Album” for the 2012 Blues Music Awards presented by the Blues Foundation in Memphis in May of 2012.

Mary, when was your first desire to become involved in the blues & from whom have you have learned the most secrets about blues music?
I have been playing the blues in one form or another since my college days. There aren’t a lot of secrets about the music.  “Salt of the earth” people play acoustic blues for the most part and the music gets shared and passed along. I spent a fair amount of time with Piedmont heroes John Cephas and John Jackson who shared it all. 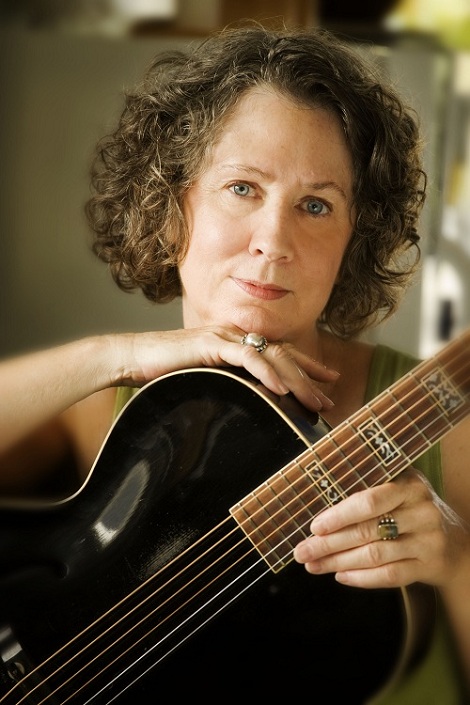 What was the first gig you ever went to & what were the first songs you learned?
I had a folk group in high school. We got hired to play for many social events in town. At that time, I was playing any commercial folk music I could get my hands on.  Later I delved into the roots!

Which memory from National Finger Picking Championship in Winfield, Kansas makes you smile?
The whole deal is that this kind of music should not really be competitive.  It’s apples and oranges, really, with all the different styles that are performed.  It amazed me that I placed!

Do you think that your music comes from the heart, the brain or the soul?
I believe the heart and soul feed the music. If the brain has a part, it is the right brain for me.

How/where do you get inspiration for your songs & what do you think is the main characteristic of you personality that made you a songwriter?
Many times it is one little phrase on the guitar that guides me to complete the whole song.  Just fooling around on the strings can bring about a long, three parts instrumental. Everyday events can trigger thoughts that turn into a song.

Would you like to tell something about making this new album Misery Loves Company?
Each song was a very personal, very intimate time in the studio and most songs were recorded with very little rehearsal.  The CD is all duets with some of my favorite, mostly local, musicians from here in Portland, Oregon. Each I loved the special, unhurried time with each player. 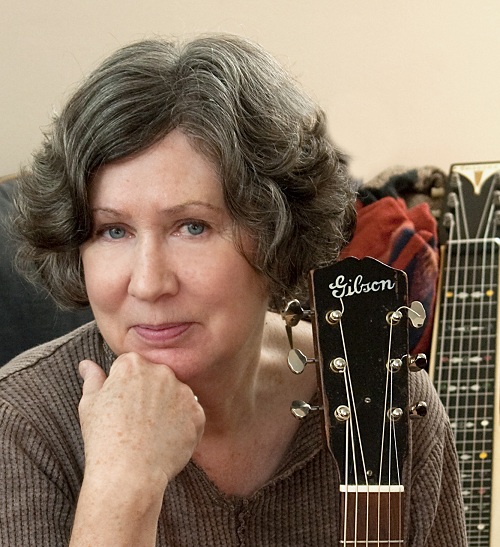 How does your female feeling come out of the music and your songs?
I don’t think of being female, really and how that makes me any different from any male musician.  I know that I have to sidestep many songs I’d like to perform because so many are written from the male point of view!

From the musical point of view is there any difference and similarities between: bluesman & blueswoman?
I feel very accepted by my male contemporaries who play this music.  This style of music is really male dominated and I don’t pay much attention to the difference.

Which was the best moment of your career and which was the worst?
Being nominated for a Blues Music Award twice has certainly been a highlight and the support of Yellow Dog Records has been wonderful.  I can’t really recall anything awful that has happened…I am blessed every day to be able to do what I love for a living!

Are there any memories from New Orleans with producer Mark Bingham and the Crescent City’s finest musicians, which you’d like to share with us?
We recorded about 4 months before Katrina hit.  I had known Mark Bingham from college days in Indiana.  As producer, he hired all the players.  Jon Cleary, Henry Butler, to name a few, were just incredible to work with.  I had tuba and other horns and a plethora of great musicians.  I had nothing but good moments working with these guys!  A musician’s dream!

What is the “think” you miss most from the OLD BLUES DAYS?
I miss that I never met any of the really old guys who played Piedmont style. 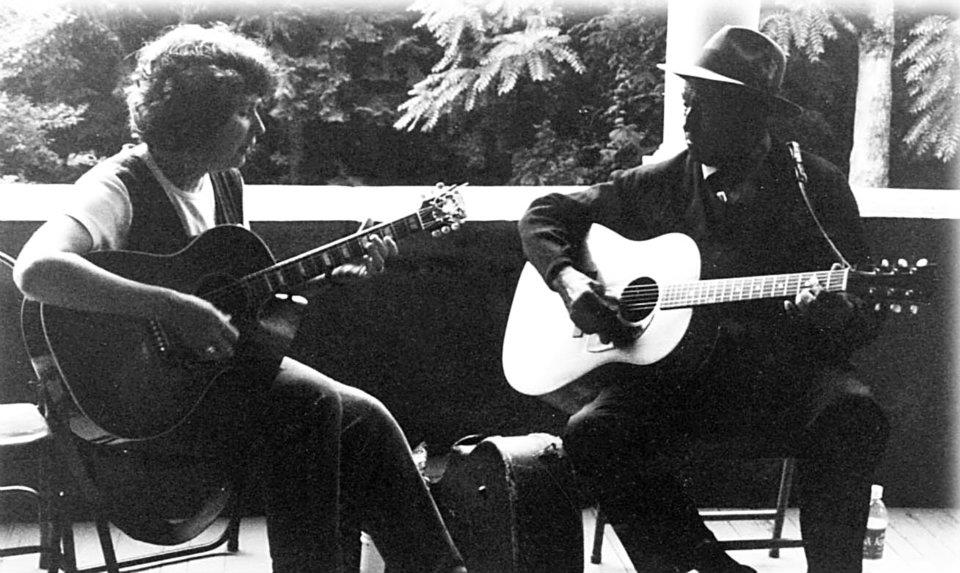 Which of historical blues personalities would you like to meet? Of all the BLUES people you’ve meeting, who do you admire the most?
Mississippi John Hurt,  because he was such a gentle man.  And Scrapper Blackwell, who I hear was very funny and smart.  A friend of mine met him. Of the contemporary folks, I admire Paul Geremia, Steve James and a very under-the-radar player from CA named Craig Ventresco.

Some music styles can be fads but the blues is always with us. Why do think that is? Give one wish for the BLUES
I wish that the blues was less the music of the underdog and never mainstream.  It deserves better!

What advice would you give to aspiring musicians thinking of pursuing a career in the craft?
A career in any kind of music is a risk and fame does not come easily. It’s a rough road to choose! However, in all kinds of music, always play from the heart. 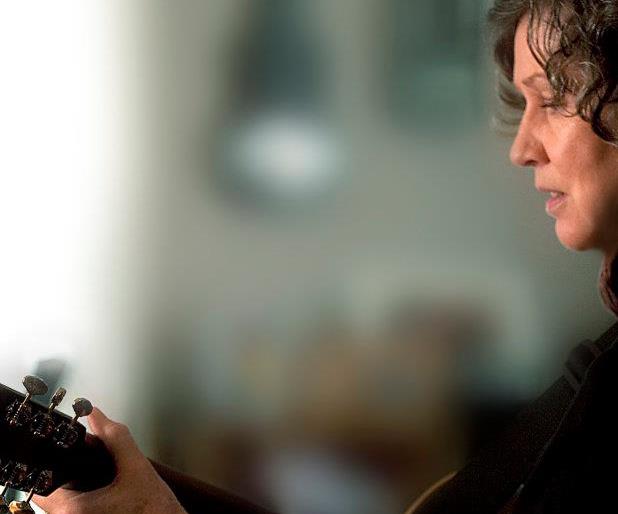 What is your “secret” music DREAM? Happiness is……
Happiness I guess would be being able to work as much as I wanted to.  My secret dream would be to have a good agent who could plug me into the gigs I feel I deserve!

Which is the most interesting period in your life and why?
Now and beyond.  The older you get, the wiser.

How you would spend a day with Memphis Minnie?
On her front porch with two guitars and a pot of tea.  I’d love to hear how it was for her, being a woman in a man’s world.  I’m sure it was not easy back then. She was a groundbreaker.   I think she’d approve of what I do.