"I think that Blues was beginning of music and then Jazz came, before the R&R so both will be always with us!"

Guitar player Primož Grašič was born in 1968 in Kranj, Slovenia. After high school he went abroad and studied guitar at the Klagenfurt Conservatorium. Very soon jazz bands and orchestras became aware of the young but very talented musician and so after his studies he immediately became a member of the “Greentown Jazz Band”. 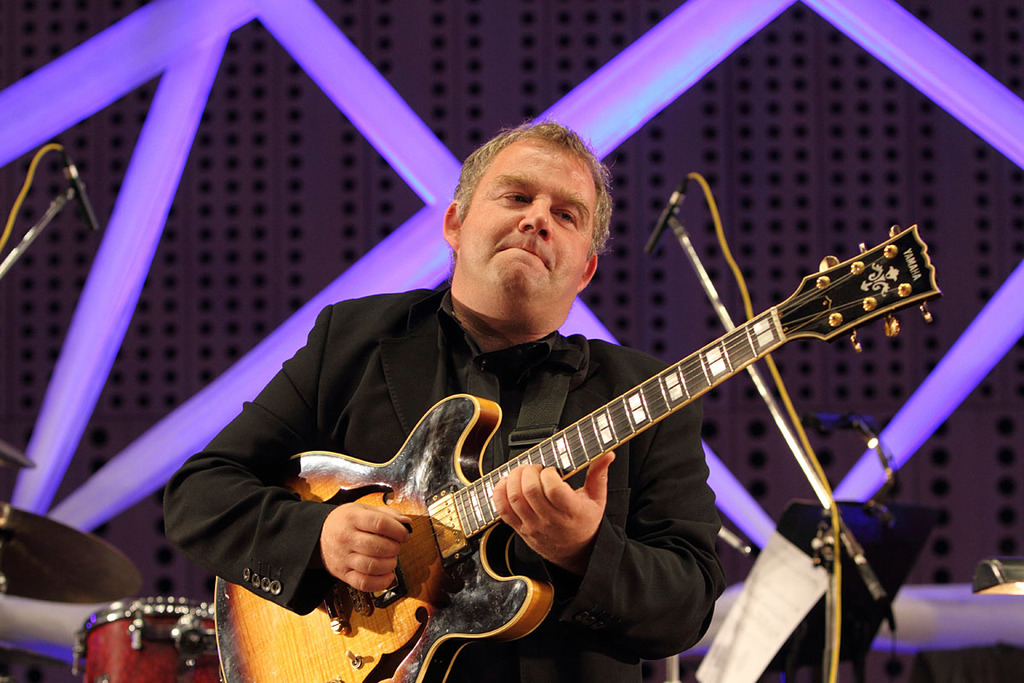 He was then cooperating with the “Jože Privšek Orchestra” at concerts in Portorož and in Ljubljana’s “Cankarjev Dom” and also as a studio musician at their recordings of more than two hundred albums. In July 1993 he was performing at one of the biggest jazz festivals in Europe, in Perrugia, Italy. On his own and as a member of the “Greentown Jazz Band” and the “B.P. Club All Stars”, he was performing at jazz festivals all over America, Canada, and Europe.

As a member of the “Big Band of RTV Slovenija” he has been cooperating with a variety of conductors such as: Peter Herbolzheimer, Herb Pomeroy, Jerry van Roojeen, David Deviliere, Mathias Ruegg and the guests Gary Burton, Johnny Griffin, Michael Abene...

Primoz, when was your first desire to become involved in the jazz and blues & who were your first idols?

I was first involved with jazz as young kid, cause my two Onkels played in the Big Band Orchestra! What does the JAZZ and BLUES mean to you & what does offer you?

It means that I can play how I fell and it offers me a lot of space to put my feelings into playing and improvising!

I don’t know if I sound unique, but my Philosophy is that we have first to know how and then to play by the feeling!

What the difference and similarity between the BLUES, and JAZZ feeling?

Blues was the beginning of jazz and to play jazz you have to know much more as for playing the blues, but the feeling stays!

What do you learn about yourself from music? What experiences in your life make you a GOOD jazzman?

If you play jazz or similar, then this is kind the way of life. I realized that all jazzman are really good people, they don’t think how good they are, cause they always try to play better and they always have in mind, what they don’t know!

I’ve had a lot of good gigs, at the Beginning with Nho Pedersen and Alvin Queen in Germany and Switzerland, and then the Jazz Cruise with Clark Terry and Ray Brown, Ed Thigpen, Jimmy Woode and all the others. Especially the last Gig in Lincoln Centre in New York with Lenny White and Buster Williams is still very alive in my Memory! Are there any memories from Toots Thielemans and Johnny Griffin, which you’d like to share with us?

Toots Thielemans is very nice person and he likes to play guitar more than harmonica, so we were in his room in the hotel till 6am and I was sitting on his bed and he said twice or three times-If I would have your Technic on guitar, I would be one of the best guitar players on the world, cause I AM IN LOVE WITH GUITAR! He was in the bed playing his Gibson 175 and singing the lines over chords!

Johnny Griffin was very funny guy, he drank Cognac all the Time and somebody from the band asked him- How can you play so drunk? His answer was - Because I practice drunk!! On that short video on my web site he came to me and asked me - Why do you look so sexy?

From whom have you have learned the most secrets about the jazz and blues music?

I am still learning all the secrets, but mostly I was listening to all the Good Musicians, I played with and tried to find, what makes them so good and why are their solos so nice and full of melodies.

I really worked and played with many musicians and almost all of them were very nice persons. I admire all of them!

If I have to mention some Names they are (or were): Lalo Shifrin, Peter Herbolzheimer, NHO Pedersen…

Some music styles can be fads but the jazz and blues is always with us.  Why do think that is?

I think that Blues was beginning of music and then Jazz came, before the R&R so both will be always with us! Give one wish for the JAZZ and BLUES

I wish that Blues and Jazz will be more popular as they are now!!!

I think that every Period has something special, especially this one now, cause I can play whatever I want, I write Music, I have my Web Guitar School, so I think I am quite busy now!

First of all: Learn how to play and try to play what you want to play, no matter what style you like to do. In this Moment you have a lot of Information what to do and How to do, so grab them. Be honest and play by heart, everything else will come by itself!

How would you describe your contact to people when you are on stage? What compliment do you appreciate the most after a gig?

I always play with musicians that I like, so I want to have fun on the Stage and I try to make fun for the Listeners! So I am very satisfied if nothing goes wrong and that we enjoy the Gig, then I smile on the Stage to everybody!

Normally we don’t speak much after the Gig what happened on the Stage, but everyone likes to hear: You played your Ass off, man!!!

I had a lot of best moments and the worst I forgot! You have pretty interesting project the Jazz Kamp Kranj. Where did you get that idea?

There were already some camps like ours in Europe (Scheibs AT, Groznjan. CRO) and USA (Sacramento California), so I was there, I saw how they are doing it, I took the best Things out and made my own Camp in my hometown. There is no Jazz, Blues School in Slovenia on the Academy Level, so I bring the best Musicians and Teachers on their Instruments and they are working with Students almost 10days! Every evening we have one Professional Band, different Styles so the Students can also see, what to do at the Performance!

I met Joe Pass in Zagreb and in Austria and we knew each other, I met Barney Kessel in Germany in ESSEN, I had Lunch with Jim Hall, I spend almost a week with Mike Stern. It was always great to speak and play with these Persons and we didn’t speak about the music all the time, and that was really cool!

Why are Europeans so enamored with the Jazz and blues?

Which is the most interesting period in local jazz and blues scene and why?

In Slovenia there are a lot of very good musicians coming from jazz schools all over the world. The scene is very refreshed but the Time is not right. I think that now is really hard to survive being just a Musician, you have to do a lot of different things. I hope that soon will be better and that we will have more places to play jazz and blues, cause 15 years ago it was much better. 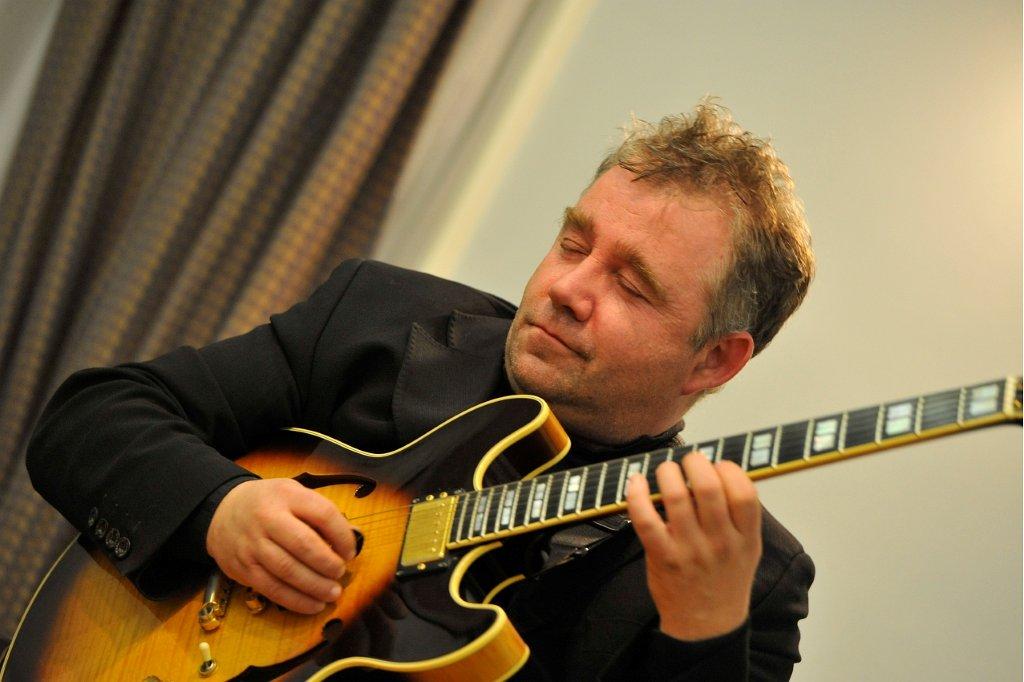