Neil Carswell, the singer well-known as the former front man of the band “Copperhead” has already released two albums under his own name, which both feature a rich blend of Southern rock with some country influences. 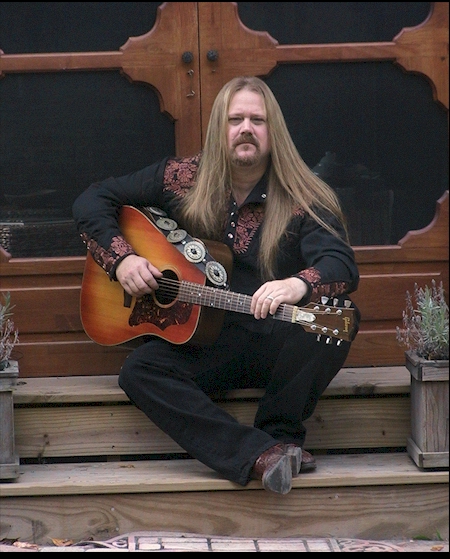 Accomplished both on stage and in the studio, Neil’s career includes national touring and the release of the 1992 Copperhead album produced by legendary producer, the late Tom Dowd. Although Copperhead had major national success, it disbanded in 1995. Fans of the hard rockin’ southern band still follow Neil's career and will be pleasantly surprised at the metamorphosis of this artist. Neil was raised on the music of his many relatives in North Carolina who play bluegrass, old time Appalachian folk and Southern gospel music. He is influenced by a diverse group of legends, from John Lennon to The Band, Bob Dylan to Bob Seger, Johnny Cash to Waylon Jennings and, of course, Toy Caldwell and George McCorkle of the great Marshall Tucker Band, to the VanZants, and songwriters of great such as, Jim Croce, James Taylor, Billy Joe Shaver, Carole King and Van Morrison to name a few.

Neil Carswell now lives in Nashville, TN, and is looking forward to starting up his next tour of this record and many classics from the Copperhead days in touching fans with a song, where the art radio all began.

When was your first desire to become involved in music, what are your first musical memories?

When I was a kid; always singing and performing for family; I had a small guitar and I would always sing. Glen Campbell’s, “Like A Rhinestone Cowboy,” in a small suite and cowboy hat, looking ridiculous, later with family; bluegrass and at church into the classics of rock and roll through high school, knowing at that time the music business was calling my name, 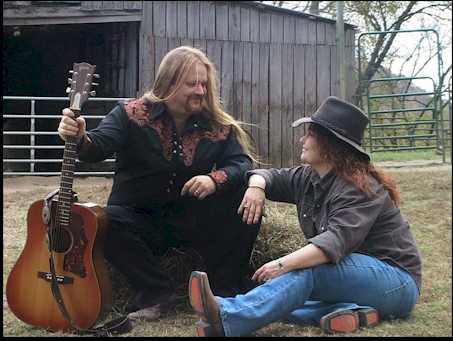 Kenny Rodgers concert was my first my mom took me, the first songs I ever learned we’re, “ Delta Dawn,” “A Horse with No Name,” and “ Rhinestone Cowboy,”

What first attracted you to the SOUTHERN Blues-Rock & what does “the South will rise again” mean to you?

Being southern, and the heart and soul of the melody and lyrics of all the great southern artist, black and white from Elvis to Ray Charles, or Marshall Tucker to Lynyard Skynard or The Allman Bros. to Robert Johnson, “what is really southern rock supposed to be? The south’s gonna rise again seems to be a stigma to back before the civil war and is something that is misconstrued and shouldn’t be involved to music form which sometimes brings in racial tension where it has no belonging.

My first record deals with Copperhead, working with Tom Dowd in Memphis and later in my career working with so many great musicians and producers that I’ve had the privilege to make great records with throughout my career. The worst has been a whirlwind of spiritual crossroads with or without success, loss of friends, my band, a marriage, falling to the bottom and climbing back up the latter again in lieu of the spiritual darkness I’ve had to fight and seen destroy so many great artists I’ve known and my own life at times; the over all struggle for a great song or inspiration. 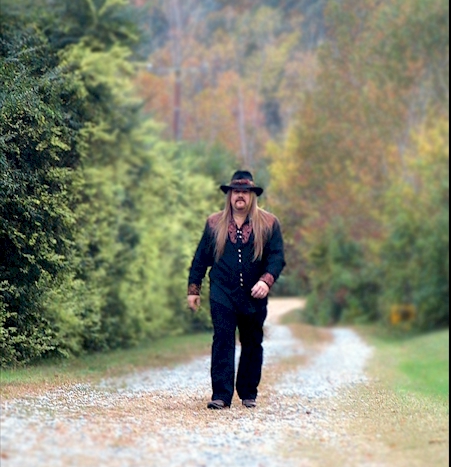 How/where do you get inspiration for your songs & what do you think is the main characteristic of your personality that made you a songwriter?

My inspiration comes from life experience of loss, love, despair, etc. I think the reason I became a writer is because I was looking for a way out with something I loved to do while expressing my own pain or happiness through lyric and tune also being an escape for me to a persona of the real person I’ve never truly been able to understand or find in my self. The artist inside of me is the part of me I know God gave the gift too and a part of me I admire about my self but have never been able to catch up or live up too.

What were your favorite guitars (effects and amps) backs then & where did you pick up your guitar style?

I play all acoustic mainly or piano to write, I never was into electric gadgets, it just wasn’t my bag although I do love great lead guitar and sounds it isn’t what inspires me to write in the least. I derived my style from acoustic singer songwriters and great arranged songs of the great bands I studied growing up listening to and learning to sing or compose like.

What experiences in your life make you a GOOD musician? What does music offered you?

The experience of being able to get to compose, perform and record with such music great’s through my journey of the rock and roll circus. Music has offered me travel, dreams achieved, escape and a way to express my deepest love for some of the most special places, times and people of my life. 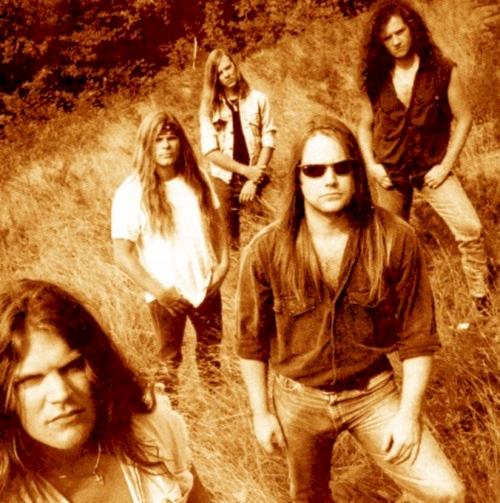 Tom was a spirit of light for me in my life when I met him as a young man and throughout any song I’ve ever written or arranged since, I still always hear his voice and think to my self how would Tom put it to tape, he was a mentor and a father like figure that has carried me through so many times of darkness throughout my life musically and spiritually.

What advice Tom Down given to you, which memory from him makes you smile?

”Keep The Faith, “ the last thing he ever said to me on the phone before his death. It makes me smile to know he was someone who cared enough to raise so much hell at you to break you down then to build you up. . I’ve never met any one like him or on his level since and I doubt I ever will.Tom cared; he really cared so much for everyone.

Of all the people you’ve meet, who do you admire the most? Which is the most interesting period in your life and why?

Tom Dowd, Ed King, George McCorkle and Barry Goudreau, I guess Dowd the most. Most interesting was moving to Nashville and making records with all those old rock and roll great’s.

Would you mind telling me your most vivid memory from “Copperhead?”

So many, I don’t have a most, I do remember as a young man, felling it in the air, knowing it was going to happen for us, a meant to be felling I’ve never felt since. 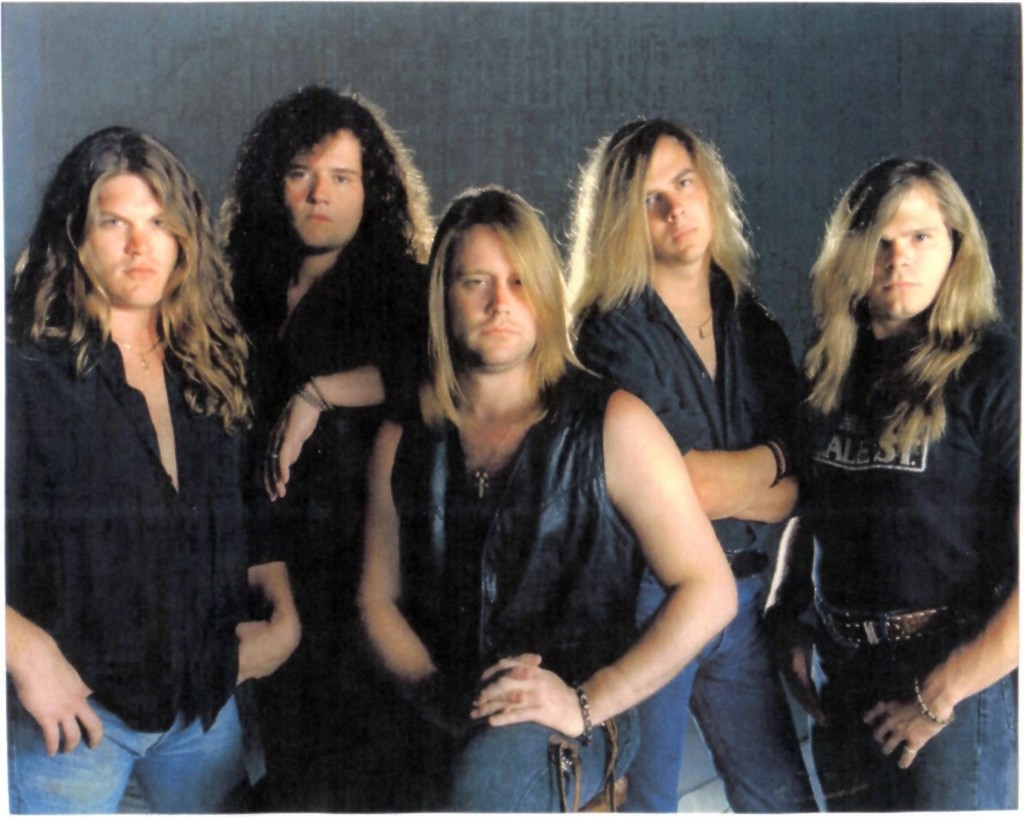 Back on the road with Copperhead and most of all the jam sessions at ocean way recording the new Burn It Down Record.

What are some of the most memorable story from the tour with Molly Hatchet?

Hanging out with Danny Joe Brown at a small hotel in Cherokee NC and watching him drink a quart jar of white lighting; telling me old stories of them and Skynard being rivals and how he soon found out quick you’d better fear Ronnie Vanzant after an encounter with him on a dirt road and how he made it a point to become his friend after that he took a tire tool to the Hatchet Band station wagon, getting drunk of his ass that night, pissing his pants; me getting cussed out by the promoter for letting him get drunk , going on his bus to see if he could make the gig and watching him stagger down the isle of the bus only to go on stage and put on the greatest show I ever saw him do; he poured the white lighting out of his sweat with ever breath he sang that night , I saw a young Danny Joe Brown, some one I had never meet before. That was the last time I ever saw him alive. I still have that old Mason jar he autographed for me, I’m starring up at it now on top of a gun cabinet I built when I was a kid. I’m glad you ask that question, he was a card, king of the reds, white moonshine, I don’t touch that stuff any more much. 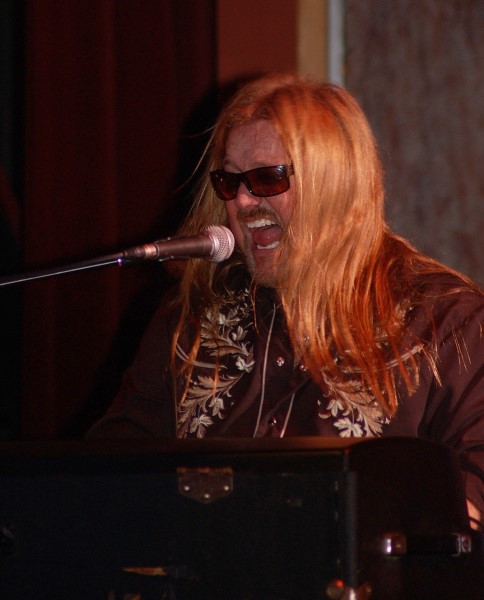 Very intense at times, I think that all depends on the setting and the venue.

Tell me a few things about the story of “Keep You Guessing”, how that came about? Do you remember any funny from the recording time?

It was a record of a collection of old and new material I was writing working with the great musicians and a resurgence of my career offered to me by my publisher Bill Patton. The funniest things we’re working with producer/engineer Phil Greene, any day with him was a gasp.

From whom have you have learned the most secrets about the music? Which historical music personalities would you wish to have met?

Tom Dowd, on the meaning of a song; how to write and sing. I would have liked to meet Janice Joplin, John Lennon, Ronnie Vanzant and Elvis.

Soul, nothing more, nothing less. What is the “think” you miss from the “OLD GOOD DAYS OF SOUTHERN ROCK”?

check !!!!!!!!!!!!! I just miss when music was so real performed and written in a simple form of great soul without gadgets and all for the real reasons not for as Pink Floyd said , “The Machine.”

Cash, I would ask his views on salvation, addiction, his strong belief in Jesus Christ and how the balance never took him out? Duane Allman I would tell him he was my favorite guitar player of all time and if I could spend a day with VanZant I would take him trout fishing on the river here in my canoe in the mountains of NC where I grew up as a boy. 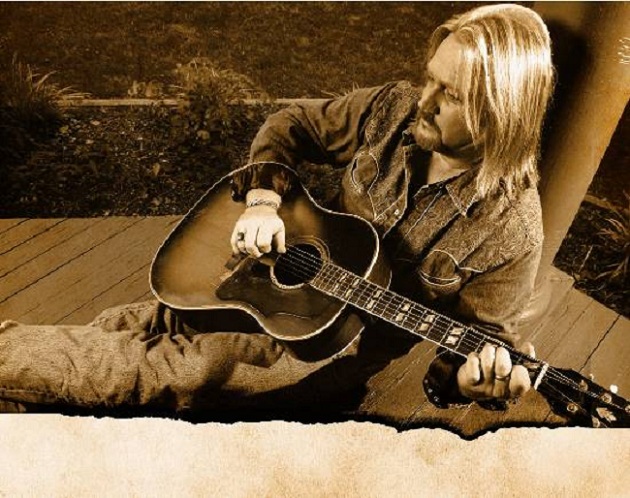