"The musical ramifications of said implications are subjective to the listener. I am only the humble messenger- my mission as a performing musician is, communicate to the listener, encourage them to take flight in their own mind, while they are experiencing my improvisations."

Albert Quon Wing is a Southern California native, breached our planet in 1952; well, almost anyway. He began clarinet lessons at 9 years old, and at age 13 switched to tenor and baritone saxophones. His formal education was at Cerritos College in Norwalk, CA ('70-'71), University of Utah ('72), and Westminster College in Salt Lake City. It is in Salt Lake City where the group eventually known as The Fowler Brothers was formed. But if not for the influence of Dr. William "Bill" Fowler Jazz Studies and the multiple scholarship opportunities, this life altering experience would never have come to fruition. In 1973, he befriended Frank Zappa, auditioned The Bebop Tango, and was hired and fired within a period of 30 minutes. He then lived in Denver, performing with The Stu Jackson Orchestra, backing the likes of Tony Bennett, Jerry Lewis, The Four Tops and many more top stars at the now defunct Warehouse. In 1975, he went back to L.A. and formed The Fowler Brothers Band in 1976. That same year, he recorded with Shawn Phillips on the Rumplestiltskin's Revenge album and toured with Flo & Eddie. He spent most of the next year performing at Disneyland on the Space Mountain stage. One day in early 1978, he received a call from Raphael Ravenscroft.        Photo by Corneliu Cazacu 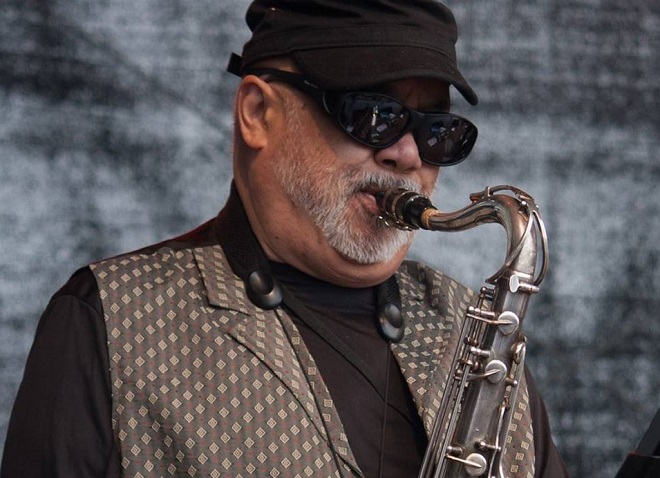 That summer, he flew to London, where they collaborated on Raph's album, Her Father Didn't Like Me Anyway. The years 1979-85 were spent recording and playing with Maxine Nightingale, Johnny "Guitar" Watson and The Fowler Brothers. The 1986 As The City Sleeps tour with George Benson was the year's highlight, then in 1987, after 14 years, he finally got the gig with Frank Zappa. There are numerous live recordings of this band, including: Broadway The Hard Way, You Can't Do That On Stage Anymore, Make A Jazz Noise Here, and The Greatest Band You Never Heard In Your Life, just to name a few. Larry Carlton and the On Solid Ground tour endured the spring and summer of 1989, later that year joined Diana Ross and the "Workin' Overtime" tour playing the EWI/sax chair. In between the time with DR he toured and recorded with the legendary Japanese superstar, Eikichi Yazawa ('90-'92). In 2007, Albert came full circle with Larry Carlton when they performed/recorded at Billboard Live and Blue Note in Japan, finishing the tour in Singapore. Albert has been very active performing recently. He toured and recorded with Diana Ross, performed in LA studio scene and local gigs and concerts, and performed with the Luis Miguel Latin America Tour. He is currently touring with Shuggie Otis, Zappa's Banned From Utopia, writing music for CD project and archival/source library, and is also involved with composing project based around Bach's Brandenberg Concertos.

How has the Jazz, Soul and Blues music influenced your views of the world and the journeys you’ve taken?

My journey in life has been mainly focused on music. Jazz, Soul and Blues... find my best freedom of expression playing these genres. My view of the world in context with the aforementioned- purpose is to heal peoples spirits, including my own; take them on a journey inside their own mind. Create a sonic palette that takes them out of their daily life rigamole. The world influence? I would say, confluent.

The journey has it's ups and downs. A vast majority of the journey has been traveling the world, thanks to music. This has afforded me the opportunity to experience different cultures and countries. Sounds of the city, people and the music, are very influential, and forever ingrained in my mind, Music is the up; the politics, bad attitudes and the road though, can be a bit daunting. Buckle up for the ride. as It can always ago say the least, be a bit turbulent.

What do you learned about yourself from your experience in music industry? How do you describe your sound?

Learning is always a work in progress. Be prepared for any musical situation. Keep an open mind, along with your ears. My sound is always evolving. 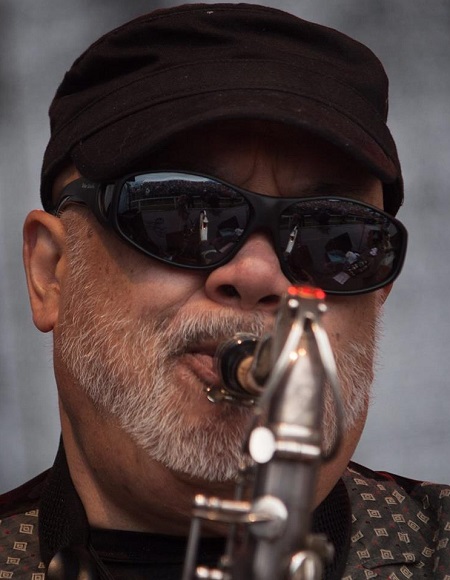 The music of the past lives within me. Nothing to miss.

"My journey in life has been mainly focused on music. Jazz, Soul and Blues... find my best freedom of expression playing these genres."

What has made you laugh and what touched (emotionally) you from Frank Zappa and his music?

There are too many variables in this question.

Frank's music communicates to a very broad audience ergo, there's always something in his repertoire many in the universe can relate to.

Are there any memories from Johnny "Guitar" Watson and Shuggie Otis which you’d like to share with us?

Johnny "Guitar" Watson, besides his known talents, was a wonderful jazz piano player. Shuggie and me have a very special musical connection.

What is the impact of the Blues and Jazz music to the racial, political and socio-cultural implications?

The musical ramifications of said implications are subjective to the listener. I am only the humble messenger- my mission as a performing musician is, communicate to the listener, encourage them to take flight in their own mind, while they are experiencing my improvisations.

I would go back in time to July 1938. Canton, China- the day Japan invaded the city where my mother and her family lived. 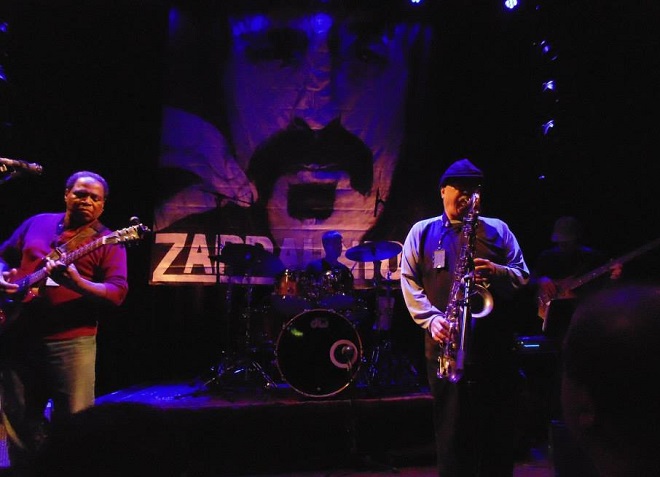