Talking with Italian guitarist/singer Menny B. Good (Blackwood) about the Blues and the local scene

"The Blues is the expression of a way of life, and I feel very close to my way of being, is a simple to play, but to do it well you have to have it in your feelings..."

Menny Blackwood: Blues With A Feeling

Italian guitarist/singer Menny B. Good (Blackwood) started play guitar very late, in 2001, when was 33 years, next year as lead guitarist and drum programmer of band called "Twilight", played dark-New-wave and post punk. After two years and a few concerts, leave the band and going to write a lot of songs, after a few concert and failed to play with a band his music, start to play in a rock band 70s, but… “I was not good and I left that too”. Also tried to play beat Italian 60s but after a while left that too, it seemed “I could not be part of any other project”. At that time (2009) Menny fall in love with a beautiful girl, but she does not want, and so after yet another NO, “I feel that it's time to change something”. 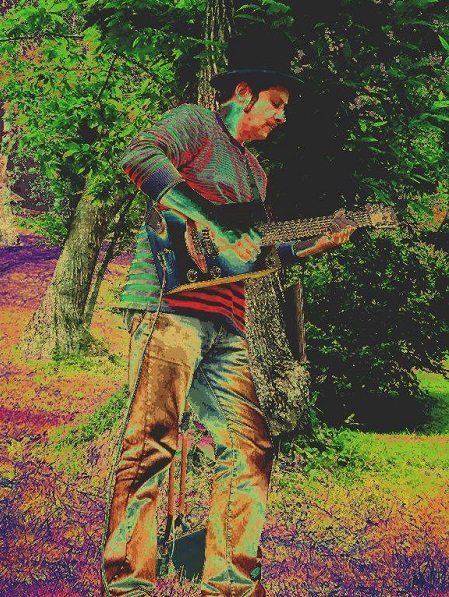 He enrolled in the same school of singing where left off in 2004, after a trial concert, “I feel I have made the right choice, I find my way into the blues, in my heart there is room for a ballad, but still love rock'n'roll for his energy, I build my first wine-box guitar, I put a piezo for acoustic sound, take a pickup an Epiphone Les Paul Custom, I buy a loop pedal, with this one I can do also lead guitar, so I'm going to play in the street as a busker”. Now, he has a duo with a harmonica player, and the project find the way  of mixing blues, rock'n'roll, and a lot of energy to see people dance and have fun, give them something new, something that has never seen before by any other duo. This is Menny & Blues Harp! Menny B. Good talks about the Blues and the local scene.

The Blues is the expression of a way of life, and I feel very close to my way of being, is a simple to play, but to do it well you have to have it in your feelings, I play with respect and many things are well, maybe because I've had a life full of trouble. From a few years I sing too, and I knew so many lyrics belong to me, I have experienced firsthand, from love to sex, love unrequited, drinks with friends, to your girlfriend that you leaves and takes the train to leave. It’s a way to put off these emotions, a way to shout their pain and try to be free of this.

How do you describe Menny Blackwood sound and songbook? What characterize your music philosophy?

My sound is very special, which is a wine-box self-built guitar, which has the acoustic sound with the electric sound, so when I play music on the street I have the acoustic sound to the agreements, registered with the pedal loop in real time, and I can play guitar. Sometimes I write lyrics, but the songs I choose to play, always tell something of my life, even if written by other authors.

The blues is the root of all the music, it is found in many songs, although they have not a sound typically blues, they have within them some reference to the blues, if you take guitar lessons, your teacher will always tell you to learn the blues before everything else, you learn to feel the tension of the seventh, the dominant (V degree), the ambiguous sound between the major third and minor third, the first time my teacher told me: record a lap and blues then play the pentatonic over, I was so happy and I sang already going home with my bike. 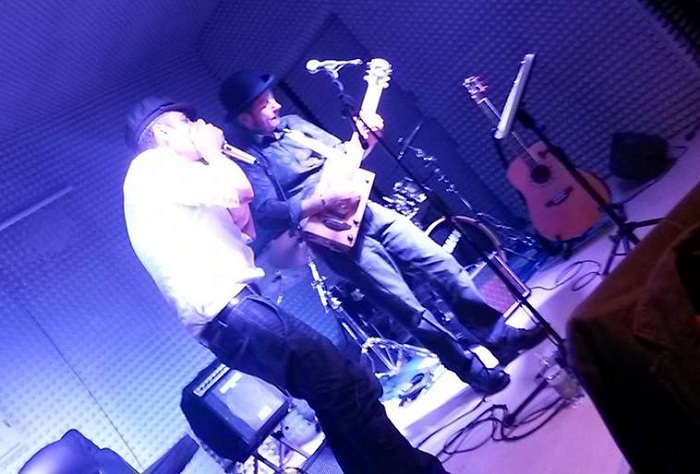 "My sound is very special, which is a wine-box self-built guitar, which has the acoustic sound with the electric sound. So, when I play music on the street I have the acoustic sound to the agreements, registered with the pedal loop in real time, and I can play guitar."

Are there any memories from gigs, jams and buskin time which you’d like to share with us?

Yes, in August last year (2014), I played street performer at the festival in Aosta (Italy) and in the evening they put in play in a dark street, where almost did not pass anyone, it was almost midnight and we wanted to stop, when it passes a gentleman to ask a contact, he said there would then called, would you believe? After six months he calls me, and now I'm going to play at the Casinò of St. Vincent, in front of 1000 people, crazy, right? It was one of my dreams.

There were great moments for the blues in the past, the great masters have written memorable songs, teachers say why write something new, always using the pattern of the blues is not always easy.

My hope is that one day rediscover the culture for the live music, good music you will not forget after two months, particularly in Italy, the fear is that one day we are the biggest names in entertainment, everything ends in best we have good performers, that will remake the great songs of the past.

Give the right value to the music, avoid downloading from the Internet, the music of the past had its value, but because it gave ourselves when we bought a vinyl record, but for this we would like the Wizard of Oz. "I had my own way of doing things, and one of these was to put my way of being, my personality also when I do songs by other artists, and be able to really be myself."

I saw the eighties, the nineties, and to date there have been good things, in Italy we have seen play Rory Gallagher, Johnny Winter, Eric Clapton, B.B. King, Jeff Beck, Derek Trucks, Gov't Mule, and many others, but I think a festival such as Crossroads, do not we will never have.

Once they were the newspapers, the concerts that someone was doing in Italy, or those who could travel to those places and bring some new record in Italy that otherwise would never come. The main line is still is love, is the thing that gives you the power to do things, when you see one that plays alone on the street what do you think drove him there if not the love of music? The blues is always love, always talk about love, love that begins, love ends, but always love.

The concert of Jeff Beck in Pistoia in 2001, but also "The Ford Blues Band" (brother of Robben Ford on drums) who played in a small club, full of people, a great gig, I remember a great bass solo, the duels between lead guitar and harmonica.

Laughing? My co-workers who do not understand anything about music. 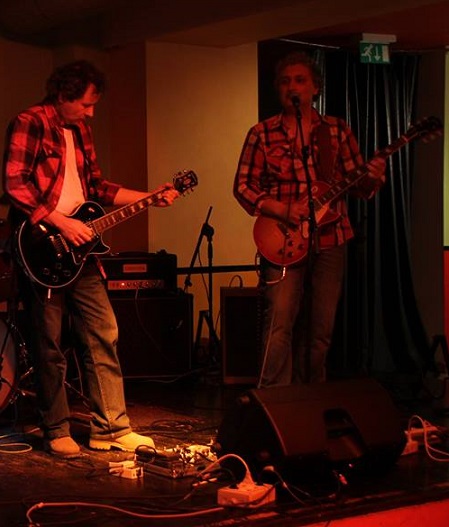 Are there any similarities between the blues and the genres of Italian local folk music (South or North) and forms?

Sometimes yes, I also found some rock'n'roll, even artists as Mina & Battisti have used a few chords of blues.

Madison Square Garden, 1973 concert of Led Zeppelin, because it was an event memorable, will be remembered for a long time, it was a hard blues very powerful, and I think I have tears of joy if I had been.