Talking with original bluesman Bill Sims Jr., a burning torch where passed the light of Blues in the world

"All experiences are food for songs and the blues, the Blues is an oral tradition and any story is story worth telling."

The Blues has many distinct origins and sounds. Delta Blues, Chicago Blues, West Coast Blues, East Coast Blues, Rhythm and Blues and on and on, each with its own unique flavor. If you ask Bill Sims what type of Blues he plays, his answer is simply, "I play the Blues."

In 1946, the Rev. William Sims moved his family from the hard life of sharecropping in rural Georgia to Marion, Ohio where Bill was raised. The Reverend brought with him the rich musical tradition of his childhood; the Blues and Gospel. He passed it all onto his son who started playing piano at the age of four on the old piano in the living room. At age fourteen, Bill turned professional when he joined the Jacksonian Blues, a rhythm and blues band considered the top in Ohio. 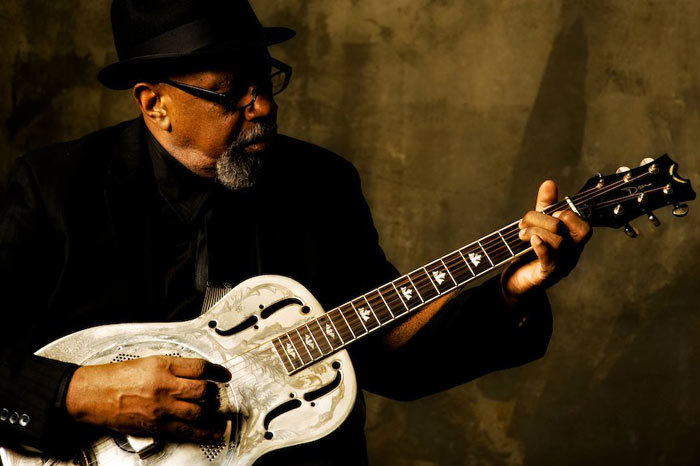 He left the band to attend Ohio State University where he majored in music. He had the privilege to play with many great Blues and R&B legends that performed at the University. He learned his lessons well sitting in the piano chair of Muddy Waters, Howlin' Wolf, Freddie King, the Ojays, Jerry Butler and many more.

In 1971, Bill joined The Four Mints, a doo-wop rhythm and blues group. The group traveled the country, opening for the mega-bands of the 1970s such as Gladys Knight and Earth, Wind and Fire. In 1976, Bill left The Four Mints to explore other musical venues. Incorporating his vast musical expertise and love for world music, Bill founded The Lamorians, an avant-grade jazz band that relied heavily on traditional African drumming.

In 1988, Bill came full circle and returned to the Blues. He founded his own band, Bill Sims and the Cold Blooded Blues Band where he is both lead guitarist and lead vocalist. He is currently considered one of the best musicians in the New York City Blues scene. In 1992, Bill released his first CD, Blues Before Sunrise. In 1999 his much-awaited CD Bill Sims was released on Warner Brothers records to coincide with the 10 hour PBS special on Bill.

What do you learn about yourself from the Blues? From whom have you have learned the most about Blues?

What characterize Bill Sims Jr. work & progress, how do you describe your philosophy about the Blues? 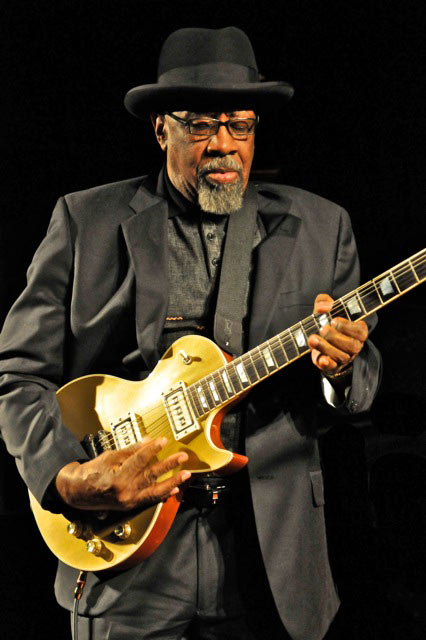 My music is a documentation of my life, my parents’ life and the history of Africans here in America, I feel a duty to keep that history alive and tell the stories that have been in trusted to me by my ancestors.

"The Blues is not something you learn, I was born into the Blues"

All experiences are food for songs and the blues, the Blues is an oral tradition and any story is story worth telling.

Do you believe the cause of Blues culture has seen justice nowadays? What does the BLUES mean to you?

The blues culture has changed drastically, it has become a culture dominated by white musicians and producers which has changed it from what it once was, it has become a guitar soloist driven genre, instead of a vocally driven Genre, Muddy Waters was quoted as saying the white players can play the shit out of them Guitars but they can't sing the Blues.

Why did you think that the Blues songs lyrics and poems the continued to generate such a devoted following?

The Blues has maintained it's following because as it has been said everybody knows the truth when they hear it and the Blues is the truth, there's no lying in it.

The Blues is the basis for all American Popular music which is pretty much the basis for world pop music it is the mother of what is popular in the world today and musicians I believe in each generation will seek it out if they are true musicians to see where it all comes from.

Which is the most interesting period in your life?  Which was the best and worst moment of your career?

This is the best Musical moment right now I'm in a successful Band, my daughter is in it with me , I'm playing music that is important to me. I don't think there has ever been a worst moment as long as I was playing Music I was happy its what I've always wanted to do, there were times when I wished I was more successful but never a worst moment, I'm doing what I love every moment is the best.

Do you know why the blues is connected to the Afro American Culture? What is the “thumb” of Blues culture? From the musical point of view is there any difference and similarities between the 60s 70s & modern Blues?

Are there any memories from Muddy Waters, Howlin' Wolf, and Freddie King which you’d like to share with us?

As far as memories from the many people I've played with or shared billing with, at the time it was just a gig I was playing another night much of this was in the sixties and as the years have gone by some of the people have become larger then life, they weren't that in those days they were recognized as great Musicians but not so much at that time in my neighborhood, R&B Stars garnered more hype, there is very little connection to the old style blues to what's being played today, because it's mostly being played by non African Americans, who have no idea of the history of the Blues except who the players were, most of the players today would not have been stars60 years ago, because Black people wouldn't have accepted them as Blues players.

When asked why he plays the Blues, Bill simply replies "because my daddy played the Blues". Luckily for music lovers everywhere, the tradition continues. "The Blues has maintained it's following because as it has been said everybody knows the truth when they hear it and the Blues is the truth, there's no lying in it."