"If you feel the emotion and the rhythm of the songs, so will the audience.  Blues music gets to the root of feeling and emotion in our lives." SmokeHouse recorded four groundbreaking CD’s in the 90’s that defined the genre of Florida Swamp Blues. Living Blues Magazine said of their 3rd release Cadillac in the Swamp; "The year 1995 was a great one for blues recording, but this irrepressible set of updated swamp blues earns this reviewer’s vote as the best of the lot."

Robert’s sound is a gumbo of Louisiana swamp and Delta roots, influenced by many of his heroes including; Lightnin’ Slim, Muddy Waters, Jimmy Reed, and Lazy Lester.

When was your first desire to become involved in the blues music and what does offer?

I played all styles of music growing up but settled in to blues exclusively in the early to mid- eighties when I was in my early twenties.  It seemed like a perfect fit for me and offered me a style that helped me develop as a guitarist and singer. "Blues music gets to the root of feeling and emotion in our lives."

What experiences in tour life make you a GOOD BLUESMAN and SONGWRITER?

Tunes and melodies I have heard throughout my life have influenced me to write my own songs that capture a certain groove or vibe.  I would say hanging out with musicians and growing up and playing in different combos have provided me songwriting mentors, namely  Anthony “Packrat” Thompson, Stephen Dees, and Bob Greenlee among others.

How do you describe Robert "Top" sound and music philosophy?

I try to make my songs and performances first off, a lot of fun.  I want it to feel like it’s a good, old time boogie party!  Aint’ nothing’ like a little blues on the turntable in your living room with the lights down low or from a band down at the corner nightclub to spice up your life.

That’s a hard one, but maybe the best moment was in 1990 when my former band, Smokehouse(w/Noble “Thin Man” Watts) opened a show for Koko Taylor Band and at the end of the night Eddie King (Koko’s guitarist at the time) came up to me to say how impressed he was with my  traditional blues style guitar playing and then asked me to “promise him that I would never stop what I do!“ It was nice to get that pat on the back from such a respected bluesman.  The worst moment was probably when Smokehouse disbanded in 2004. 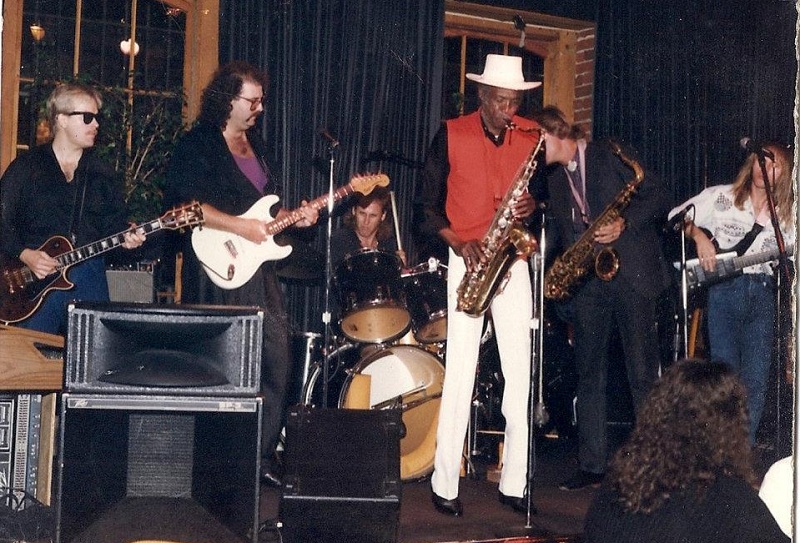 Robert and Noble Watts on stage. "Noble was a blast to hang out with."

Are there any memories from Noble ‘Thin Man’ Watts, Lazy Lester, Alex Taylor, and Mark Hodgson, which you’d like to share with us?

Noble was a blast to hang out with. He always had stories of his days in New York like playing at Sugar Ray Robinson’s club when people like Richard Burton, Elizabeth Taylor, and Tallulah Bankhead were regular customers. He was a slick professional and would blow the hell out of that sax every night.

Lazy Lester and Fred Reif were fun to play with. I was in awe of Lester then and still am I ended up doing most of the songs I did with them in my own bands later. I remember Lester listened to gospel music at bedtime and liked lamb stew.

Alex Taylor and I did a few shows together in the late eighties.  What a great guy and one helluva singer. Also, I got to hang with his brothers James and Hugh at the studio a little.

Mark Hodgson has been a powerhouse of blues in Central Florida for many years (back to 1970! In Daytona). He was a big help to me and continues to blow amazing blues harp. I am so honored to have him play the harp on the song “Kingsnake Crawl” from my new CD, “The Town Crier“.

From whom have you have learned the most secrets about the blues and what is the best advice ever gave you?

I would have to say that my old partner from Smokehouse, Anthony “Packrat” Thompson taught me the most about blues. He is as natural as they come and I tried to pick up as much as I could from him during the years that we performed together. I’d say the best single bit of advice that I remember about playing the blues came from Bob Greenlee, who would always remind me to play within the boundaries of what is truly blues music and to play what you really love.

From the musical point of view what are the difference and similarity between King Snakes projects – Smoke House & Sessions - and your own solo album? 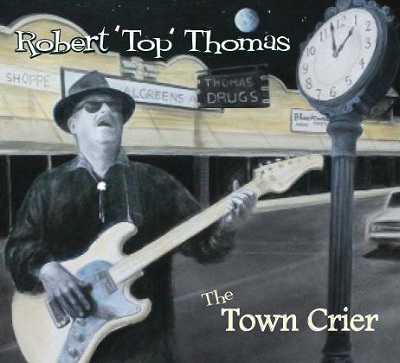 The last Smokehouse release was in 1998, so some time has elapsed.  Stephen Dees and Victor Wainwright’s approach to making CDs was very enjoyable, as was the approach at Kingsnake.  We are so lucky to have people from Kingsnake days on this album like Mark Hodgson, Stephen Dees, Bryan Bassett (mastering), and Rick Bailey (mixing and engineering).  It really made it feel like old times.   The stellar production work of Bryan Bassett on all 4 Smokehouse CDs is a big reason that Smokehouse still receives significant airplay today.   Having the chance to work with Stephen at the helm  on my solo album, and with Victor, has been tremendous.  Stephen plays bass, guitar, percussion, and sings background vocals, as well as writes or co-writes most of the album songs. He is a dynamo with an unending stream of creativity flowing from him. Victor plays piano, organ, sings lead, and background vocals, and co-wrote 2 of the songs on the album.  He is one of the fastest rising stars in Blues today and, with his talent, he is definitely on the way to the top.  We all play live shows together, which helped tighten us up as a band for this project.

Opened shows for The Ventures, James Cotton, The Fabulous Thunderbirds, Meat Loaf, Arlo Guthrie, Jim Belushi and The Blues Brothers Band, many others.

That it doesn’t get too watered down.

I think you have to really want to convey an honest feeling, or raw emotion to the listener through your playing and singing to start to be a real bluesman and to do that, you have to draw on your own life experiences.

Oh yes definitely, especially a lot of real blues guitar pickers out there, for instance JP Soars, Damon Fowler, and of course Victor Wainwright and the WildRoots.

Without a doubt. Not to be close-minded, but I think there is an increasing tendency to stretch the use of the word Blues in describing some music.

What are the reasons to become Lightnin’ Slim, Muddy, Jimmy Reed, etc. a legendary generation that left it mark through the years until now?

I think primarily because they were naturals that they stayed true to their roots and, for the most part, didn’t sell out to musical fads; but continued to perfect their own brand of blues throughout their careers.

Which memory from Smoke House makes you smile?

There are a lot those, but one would be when Packrat would tell his story about a certain sexy full figured woman while the band would boogie down low. It would make us all laugh every time, no matter how many times we had heard it.

Make an account for the case of Florida "Swamp Blues". What characterize the sound of Florida?

I believe that Florida Swamp Blues is best displayed in the 4 Cds put out by Smokehouse in 1990s. Before that, I am not sure if a band or solo act described themselves that way. Packrat and I were inspired by the music of Lightnin’ Slim, Lazy Lester, Slim Harpo, Lightnin’ Hopkins, Muddy Waters, John Lee Hooker, Howlin’ Wolf, Sonny Boy Williamson, BB King, among many others. Packrat did the bulk of the songwriting, with some help from me. Our songs were not copies or imitations of Louisiana  style swamp blues or other Blues; but were unique new musical ideas that incorporated some of those influences. It was our own sound that we called “Florida Swamp Blues”. One reason we called it that was because Packrat and I were born and raised in New Smyrna Beach, Florida.

"Not to be close-minded, but I think there is an increasing tendency to stretch the use of the word Blues in describing some music."

What is the “feeling” you miss most nowadays from the King Snake “family”?

It was a very large “family” of friends of which Bob Greenlee was the center.  So much cool stuff happened there, it would take a large book to cover it all. You could walk into the studio; morning, noon, and night and something would be going on. He was a great bluesman that devoted himself to the making of  great blues music. The thing I miss most would have to be Bob and the friendly, fun feeling of his studio.

I LOVE this question. I thought of my answer immediately. In fact I might get somebody to paint it. I would like a painting of the moment I proposed marriage to my then fiancée, now wife…. Gail. 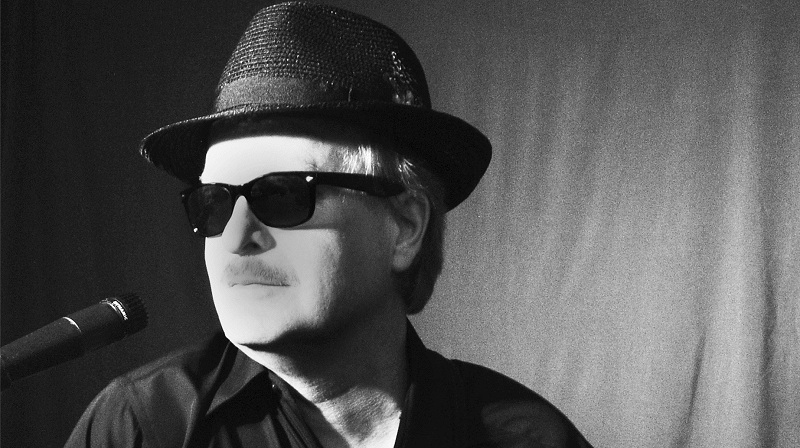