"My music philosophy is to learn as much musically to be able to convey the true feelings from my heart and to play with passion and from a place of honesty."

Andrew ‘Jr. Boy’ Jones was raised in Dallas, Texas, by his mother Gladys, who was a single parent after divorcing her husband when Andrew was very young. The singer for a big band, Gladys retired to raise her family, and the band’s leader, Adolphus Sneed, stayed with the family as a father figure. Andrew received his first guitar from his mother for his seventh birthday, and he practiced every day. After noticing Andrew’s talent, Sneed bought him his second guitar. 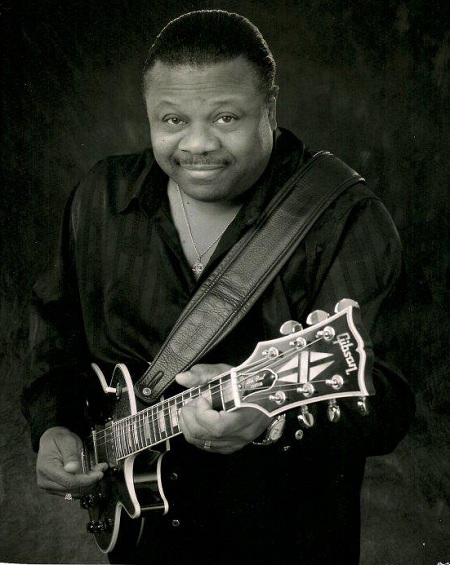 In 1996, Andrew began his solo career and also released the first album in which he was featured as a vocalist as well as a guitar player. He has since released five more solo albums, one of which he released from his own label, GalexC Records and his only live album on 43rd Big Idea Records. ‘Jr. Boy’ has been touring extensively with his blues band all over the country for the past two years, performing at several venues in and around the Dallas area. Andrew and his band have also performed at large festivals and international events.

The Blues is true to life as we live it.

How do you describe Jr.Boy Jones sound and progress, what characterize your music philosophy?

The sound is progressive yet deeply rooted in respect for its history and tradition. My music philosophy is to learn as much musically to be able to convey the true feelings from my heart and to play with passion and from a place of honesty. All of it is interesting. I am still doing what I am doing which fulfills me greatly to play music. I have had highs and lows thru all of it.

"My hopes are that it (Blues) rises to the international acclaim that it once had."

Because it is deep rooted in the fiber of man, it is a part of living. All the situations you deal with daily are in the blues.

That’s a hard one to answer, I have jammed with a lot of great people. Champion Jack Dupree to Freddie King, Charlie Musselwhite, Katie Webster, Kerrie Lepai to name a few.

When we played with Grand Funk Railroad and Rare Earth and being introduced to people like Robert jr. Lockwood and Willie Dixon, and recording with the great cast of musicians and artists on the “Larger Than Life" album with Freddie King.

Do you remember anything fun from the recording time with the Silent Partners, backed Katie Webster?

The great tours we had with Katie and the sounds checks were the most interesting because we got a private show from Katie Webster. 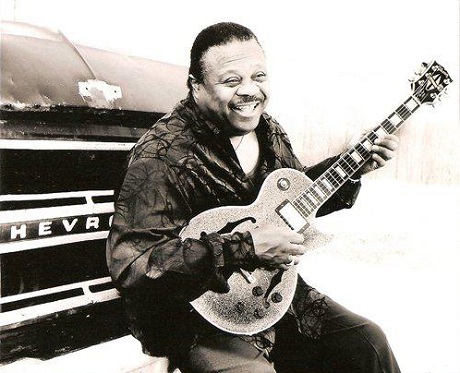 He said no matter what level you are as far as a player and artist everyone has something to say.

"People are expressing blues different today and you can’t get hung up on one style of delivering a story because Muddy Waters and Howlin Wolf were the newness of the blues music during their day."

From the musical point of view what are the differences between: musician, songwriter, and producer?

My hopes are that it rises to the international acclaim that it once had.

Learn more about the business as well as the music itself.

Which memory from Cornell Dupree, Johnnie Taylor and Charlie Musselwhite makes you smile?

Cornell Dupree excellent guitar player and someone to watch, Johnnie Taylor was a great vocalist, Charlie Musselwhite gave me the stage. 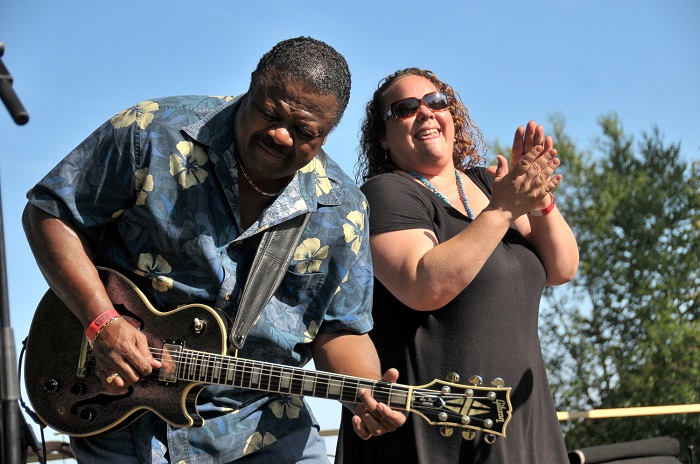 "Blues is deep rooted in the fiber of man, it is a part of living. All the situations you deal with daily are in the blues." Photo: Andrew & Miss Kerrie Lepai

The most joys I have these days is with me and female vocalist that’s been with me for three years and I have known for twenty years Miss Kerrie Lepai. I would like that captured.

What are the lines that connect the legacy of Texas Blues with the other local scenes?

We have great blues guitar players.

People are expressing blues different today and you can’t get hung up on one style of delivering a story because Muddy Waters and Howlin Wolf were the newness of the blues music during their day.

On stage with my son Christole Jones with him playing bass with me in Switzerland.