"Soul, Blues, R&B, Rock and Roll and Jazz music has brought people from all over the world together. A Universal language that we can speak and communicate with each other. Beautiful!" As a member of The Antone's house band, Joe backed many blues artists including John Lee Hooker, Buddy Guy, Albert Collins, James Cotton, Junior Wells, Memphis Slim, Matt 'Guitar' Murphy, Lazy Lester, Hubert Sumlin, Jimmy Rogers, Hank Ballard, Eddie Taylor, Little Johnny Taylor, jazz saxophone legend, David 'Fathead' Newman and many others. After touring with The Cobras, Lou Ann Barton and Delbert McClinton for several years, Joe eventually made his way out to Los Angeles where he remains an in-demand session and touring musician. Joe has also composed music for TV and films and is co-leader of The Texacali Horns with trumpet player, Darrell Leonard. He is also a founding member of The Phantom Blues Band. In recent years, Joe has released his own music.'Texacali Horns' (2003) with Darrell Leonard and his solo CD, 'Subtones' (2009). Joe continues to record and tour with Taj Mahal, The Blues Brothers and The Phantom Blues Band.​

I've learned from blues fans all around the world that there really is a 'blues community'; one not determined by nationality, age, gender, race or religion, but by their common love of the music. From blues artists that I've been lucky enough to play with over the years, I've learned humility. Here were black men and women, great blues artists that had experienced hard lives, racial prejudice and in some cases, extreme poverty, but were still willing to share their music with such grace. Blues to me is expressing my deepest feelings and directly reaching someone's heart in that moment.

What were the reasons that you started the music researches? How do you describe your sound and music?

Curiosity of where the music came from was the spark that started my research. My search for the roots of rock and roll led me to the blues. And about that same time R&B and Soul music hit the radio in a big way. My music is a mixture of blues, soul, R&B, Rock and Roll, black church gospel, with a little 1950s/1960s jazz thrown in and probably a little of everything I ever heard that I liked. Ha! I guess in that sense, I'm like most musicians. You play what you like to listen to. You mix it all up and it comes out as 'your music.'

Traveling the world playing this music has convinced me that people are a lot more alike then they think. 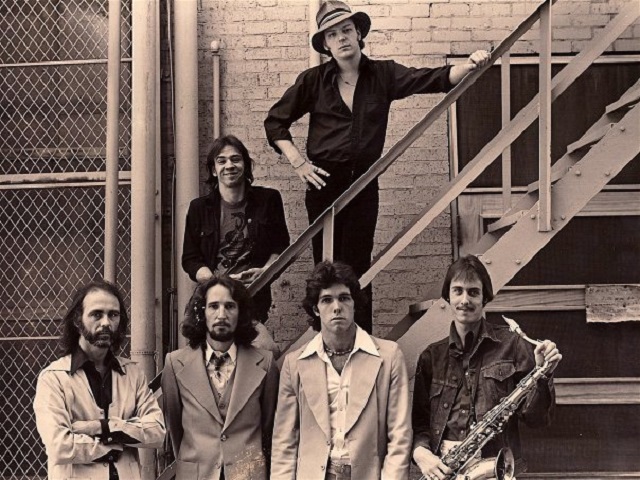 "I've learned from blues fans all around the world that there really is a 'blues community'; one not determined by nationality, age, gender, race or religion, but by their common love of the music. From blues artists that I've been lucky enough to play with over the years, I've learned humility." (Photo: The Cobras, Texas 1976 - Denny Freeman, Paul Ray, Stevie Ray Vaughan, Rodney Craig, Alex Napier & Joe)

Meeting Paul Ray, Stevie Ray Vaughan, Denny Freeman and all my fellow Cobra bandmates was a very important moment. Everything that happened in my life from that point on was a result of those friendships, relationships. Playing with Paul Ray and The Cobras at a young age gave me the confidence I needed to pursue a career in music. I don't remember who, but one of the musicians I was playing with advised me to, "save your money!" John Lee Hooker told me, when I asked him if he had any advice, "Play the shit out of the first note before you to the second note. "He was basically saying to play every note with maximum feeling and keep it simple. I never forgot this. It might be the best advice I ever got.

Playing on 'Soul to Soul' with Stevie Ray Vaughan and Double Trouble in 1985 was a highlight. My first national exposure. I played the sax solo on 'Look at Little Sister' and I could actually hear the song on the radio. That was a thrill.  Those were pretty fun sessions and I was doing it with my good buddies. Much later, I did a session with B.B. King and The Rolling Stones for B.B.'s 'Deuces Wild' CD. We recorded everyone in the room, old school. Looking one direction and seeing B.B and the other direction Mick Jagger, Keith Richards, Ron Wood and Charlie Watts was cool. A couple weeks later I got called in to play on The Stones record, 'Bridges to Babylon.

I've played on thousands of sessions but these stick out. Also, all my work with Taj Mahal stands out. We won a Grammy together and travelled the world. A real blessing working with Taj and my bandmates, The Phantom Blues Band.

I miss the earthiness of the older recordings. More ambient noise, room sound and the spontaneity of musicians playing in the room together. This still happens, but not enough. Most of the CDs I did with Taj Mahal were like this and all The Phantom Blues Band records as well.

Too big a question to answer. Ha! 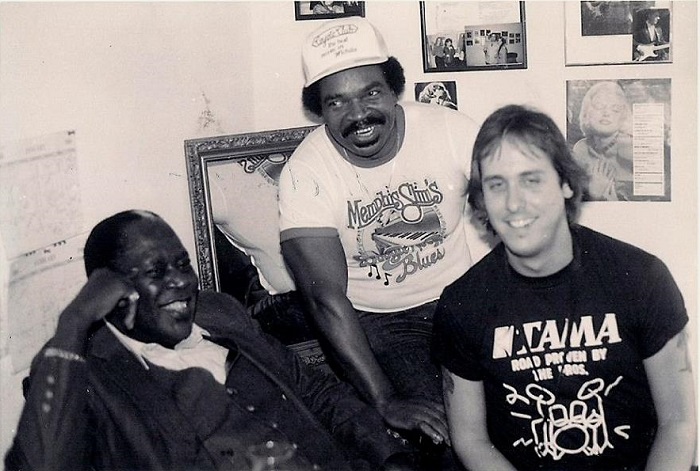 "I miss the earthiness of the older recordings. More ambient noise, room sound and the spontaneity of musicians playing in the room together." (Photo: Memphis Slim, Matt Guitar Murphy & Joe, Antone's 1985)

What has made you laugh lately and what touched (emotionally) you as a member of The Antone's house band?

Working on the Antones stage in Austin, playing next to Albert Collins, Buddy Guy, James Cotton, Hubert Sumlin, Junior Wells, Otis Rush, Pinetop Perkins, etc., I laughed a lot! Hubert Sumlin and Albert Collins in particular always made me laugh. Funny as hell and always joyful. An emotional memory would be the night I played with Buddy Guy. He'd buried his daughter the day before. If memory serves she was very young. So damned sad. Never heard him play like that before or since. In light of what's happening in our country, it's hard to laugh, but I keep trying.

What is the impact of Soul, Blues and R&B music on the racial, political and socio-cultural implications?

Soul, Blues, R&B, Rock and Roll and Jazz music has brought people from all over the world together. A Universal language that we can speak and communicate with each other. Beautiful!

The time machine would take me to New Orleans in the 1950s to Cosimo Matassa's J&M recording studio on   Rampart Street in the French Quarter. I'd be able to witness, Fats Domino, Little Richard, Smiley Lewis and so many of my favorite records being recorded with my tenor sax heroes, Lee Allen and Herb Hardesty. Earl Palmer on drums. Dave Bartholomew, Dr. John, Allen Toussaint, too. Then I'd slide over to Memphis in the 1960s to Stax records and if I can get greedy, a few days at Sun Records. 1950s (Memphis Recording Service) for sessions with Roscoe Gordon, Howlin' Wolf, B.B. King, Elvis, Johnny Cash, Jerry lee Lewis and Carl Perkins... 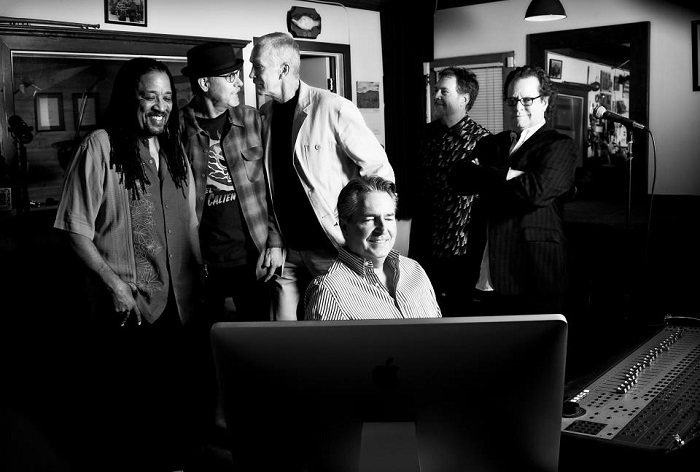