The "Jump Blues Cat" Flattop Tom talks about the Swing, William Clark, Greece, John Travolta & his passion for the harmonica

"That you play for the love of music, not the money. There really is no money to be made unless you’re somebody big like B.B. King."

As lead vocalist for Flattop Tom & His Jump Cats, Flattop Tom Hall plays both the diatonic and chromatic harmonicas, and has been officially sponsored by Hohner Harmonicas, Inc. since 1994. During the 80s, Hall became an accomplished swing dancer, following bands in the L.A. Rockabilly scene like the Stray Cats and the Blasters. He soon realized that most of the Rockabilly tunes were old blues songs, and that Jump Blues were even better to dance to than Rockabilly. That’s when he began to follow blues bands like the James Harmon Band and Roomful of Blues.

In 1987, Tom attended the Topanga Canyon Blues Festival where he discovered he wanted to be a musician. At the festival, he saw two great harp players: Paul Butterfield and William Clarke battling each other on the harmonica while backing up vocalist Linda Hopkins.

Especially impressed with Clarke, Hall decided then and there that he wanted to play the harmonica. He took great interest in Clarke’s playing and the two eventually became friends. Learning that artists such as George “Harmonica” Smith, Walter Horton, and Sonny Boy Williamson were influential to Clarke, Tom began collecting and playing along with their records. Other West Coast harp players like Mark Hummel, James Harmon and Rod Piazza also influenced him.

Tom continued to dance and in 1991 appeared in the movie, “Shout” with John Travolta. In 1996 he dance in the critically acclaimed movie, “Swingers,” which was filmed live at The Derby in Los Angeles. He won the 1996 Street Swing Contest in Ventura and has appeared as a dancer in many commercials.

In January 1992, Hall formed Flattop Tom & His Jump Cats. Playing the Los Angeles club scene, he developed his own unique style, playing harmonica along with the horn arrangements. Gradually, the band attracted better players, evolving into to the highly talented and energetic combo that is the “Jump Cats” today. Whether they’re playing oldies from the 40s, 50s and 60s, or Big Band, Blues, Jump Jive or R&B, Hall strives to create sounds that keep crowds excited and dancing all night.

Tom has been fortunate to have many of his songs placed in movies and on TV, including the feature films, “Three Weddings and A Funeral,” “Baby Mama,” “Meeting David Wilson,” “Songs In Ordinary Time,” “Mama Mia,” and the recently released “Deuce of Spades.”

Tom, when was your first desire to become involved in the blues?

I first became involved in the blues in 1987 after seeing William Clarke play at the Topanga Canyon Blues Festival.

Who were your first idols, what have been some of your musical influences?

Caledonia; Flip, Flop and Fly; and Baby What You Want Me To Do by Jimmy Reed. 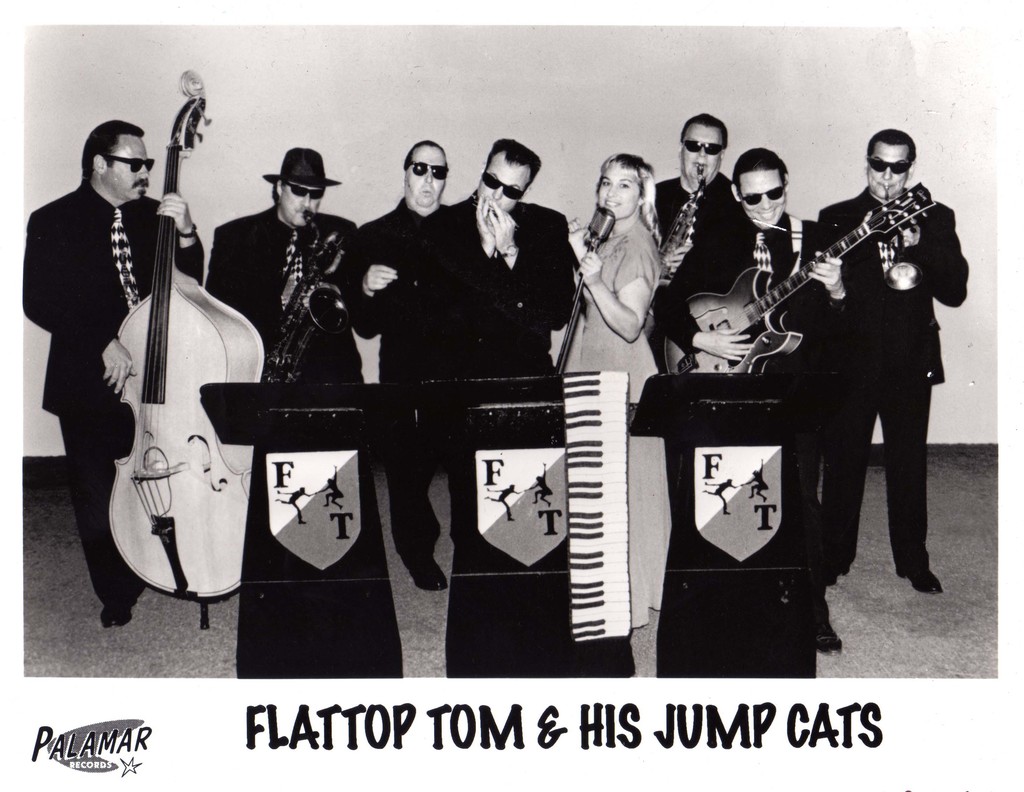 In 1983 I saw James Harmon and James Intveld at the Music Machine in West Los Angeles. I became an accomplished swing dancer and followed a lot of bands but not until I saw William Clarke in 1987 did I decide I wanted to try to play harmonica.

William Clarke, Magic and Mark Tortoricci of the Hollywood Combo band. I have casual friendships with a lot of the harp players on the scene, but most of those relationships are gig related.

Best moment of my career was playing at the House of Blues and on the George Smith Blues Harmonica Blow Down. The worst was when I had a drunk guitar player who broke two strings and did not have any replacements with him. I remember the gig because it was in a dive bar called The Magic Mushroom and the people had to walk through the middle of the band while we were playing to get to the restroom. Not only was this guy drunk, but patrons were falling into the equipment while making their way to the restroom.

Passion – whether you’re playing a sad tune or a jump tune you feel it in your heart and soul. You really put your true feeling into it. A creative outlet and a chance to travel and meet many interesting people who love music.

That you play for the love of music, not the money. There really is no money to be made unless you’re somebody big like B.B. King.

I try to get the crowd worked up and get them dancing, along with changing the grooves a lot to keep them from getting bored. Too many blues bands play the same shuffles over and over again.

When I was playing high school football because I was the captain of the team and I earned many honors. I use the leadership skills I gained in that experience in running the band now.

How do you get inspiration for your songs? What musicians/songwriters have influenced you most as a songwriter? 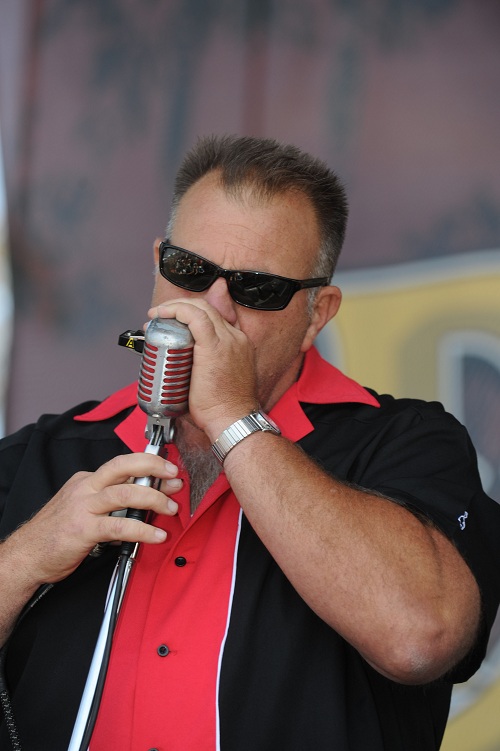 Why do you play the HARP?

Because William Clarke blew my mind when I first saw him and I told myself I had to do what he was doing.

What does HARP mean to you?

Expressing yourself creatively in the blues genre. William Clarke always drilled into me to try to be original and not to copy other people. Surprisingly, I really don’t play a lot of William Clarke tunes and I don’t play any Little Walter tunes. Bill (Clarke) hated that 90 percent of the harmonica players out there were and are Little Walter copycats. Bill was always different every time you saw him play which made for a real exciting show. I try to improvise as much as I can with my harp playing to follow this tradition.

Playing sports gave me the discipline to learn other things. You can apply discipline to any field. If you’re willing to pay the price you will be successful. A lot of harp players I’ve met over the years have quit. Also, dancing made me understand the tempos that dancers want…our band is one of the most popular dance bands in the USA. Many of our gigs are for swing dancers in big ballrooms.

Let’s go back even further. What do you like about your first album?

That it was very raw and rootsy sounding. We play all those songs much better now and with better arrangements.

Tell me about the beginning of Jump Cats. How did you get together and where did it start?

Our first show was in 1992 and we opened for William Clarke at a small club called McMurphy’s. I started as a 5-piece band and added three horns about a year later to get the Roomfull of Blues sound. Most of the guys from my first group I met at blues jams in the Los Angeles area.

What kind of a guy is John Travolta?

He was very nice and very friendly, but he knew absolutely nothing about harp playing. When I was dancing in the movie “Shout,” I had to coach him on how to hold a harmonica as he played a musician in the movie. How was your relationship with John? He was really paying more attention to Kelly Preston (now his wife) than me. They were just starting to date when we were filming the movie. 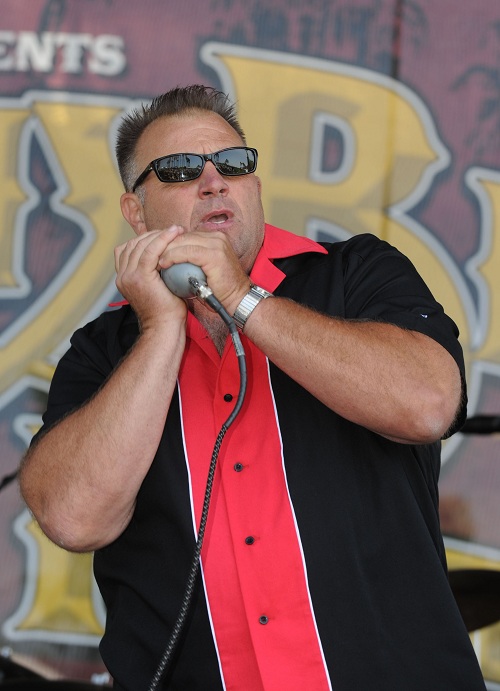 What advice would you had given to Paul Butterfield?

Don’t drink and don’t do drugs.

What gift would you had given to William Clarke?

What would you ask of Louis Prima?

How did you come about the arrangement for “Sing, Sing, Sing”?

What made you want to work with Big Joe Turner?

Because he was the Boss of the Blues and the best blues shouter that there ever was.

What mistake of music you want to correct? Give one wish for the music

Too many covers.  More originals.

I am a high school teacher on my day job.

How do you describe your Jump Cats? Describe the ideal BAND to you?

Energetic, talented and versatile. I’m happy with the guys I’ve got right now – even if I had more money, I would probably still have the same guys. The present group really sounds great. Our last CD got to #19 on the Living Blues Charts. If we would have had a record company behind us, we would have cracked the top five.

Were there any places where you did especially well? What turns you on?

Our three times in Greece, our many shows at the House of Blues and at the world famous Hollywood Derby. We also opened for the Beach Boys a couple of years ago and they really dug us.

What were your favorite harps back then?

Hohener Marine Band, but now I play on Special 20’s and CX12 Chromatics.

Is which song can someone hear the best of your harmonica work?

Wide Fat Mama, Pack It Up And Go, and Hey Babba Ree Bop. 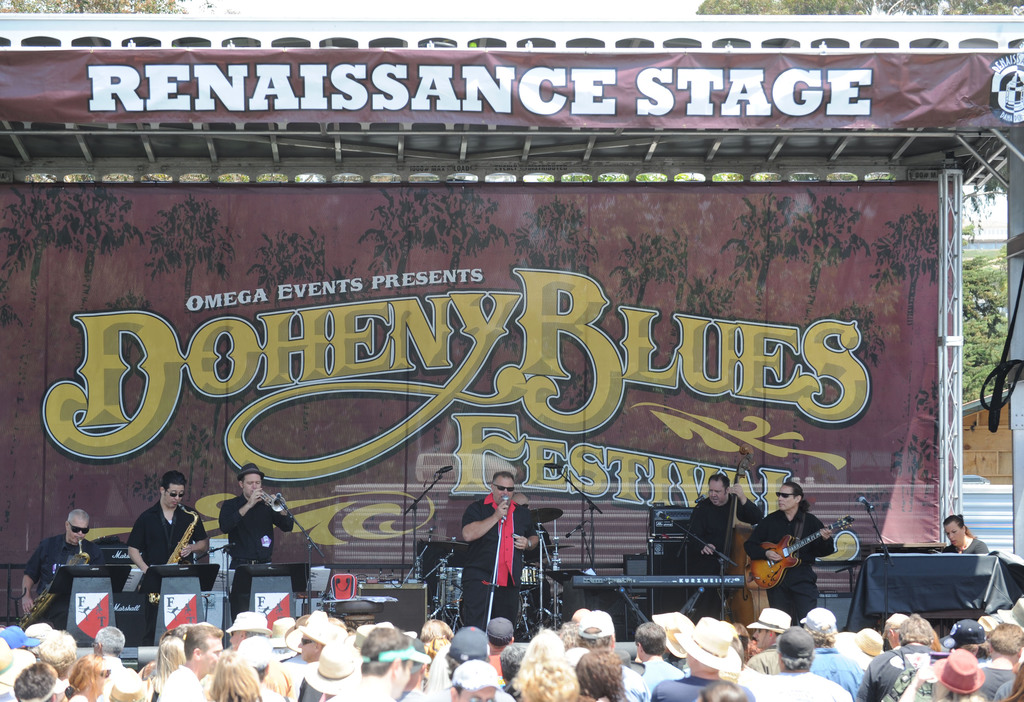 Where did you pick up your harmonica style? Three words to describe your sound & your progress?

I would like to send “Corina, Corina,” out to Johnny Angelatos who was such a great host to us whenever we have been in Greece.

Who are some of your favorite blues musician of today? What was the last record you bought?

Curtis Selgado, Mark Hummell, Rick Estrin. Rockin’ The Boat by William Clarke. His wife just put it out on CD and it has previously only been available on LP. Every time has been special and magical. Greeks are warm and welcoming and definitely know how to have a good time.

There are fewer places to play and the younger generation is going for more of the Rap and Hip Hop instead of the Blues.

What advice would you give to aspiring  musicians thinking of pursuing a career in the blues craft?

Have a day job first. The music business is really tough and I’ve seen a lot of musicians have rough times because they are broke. If you have money you can pursue your passion.

Persistence. A lot of guys have talent but they can’t stick with it in the long run. There are lots of down times when you can’t get bookings and you must be able to ride it out. Most people quit. 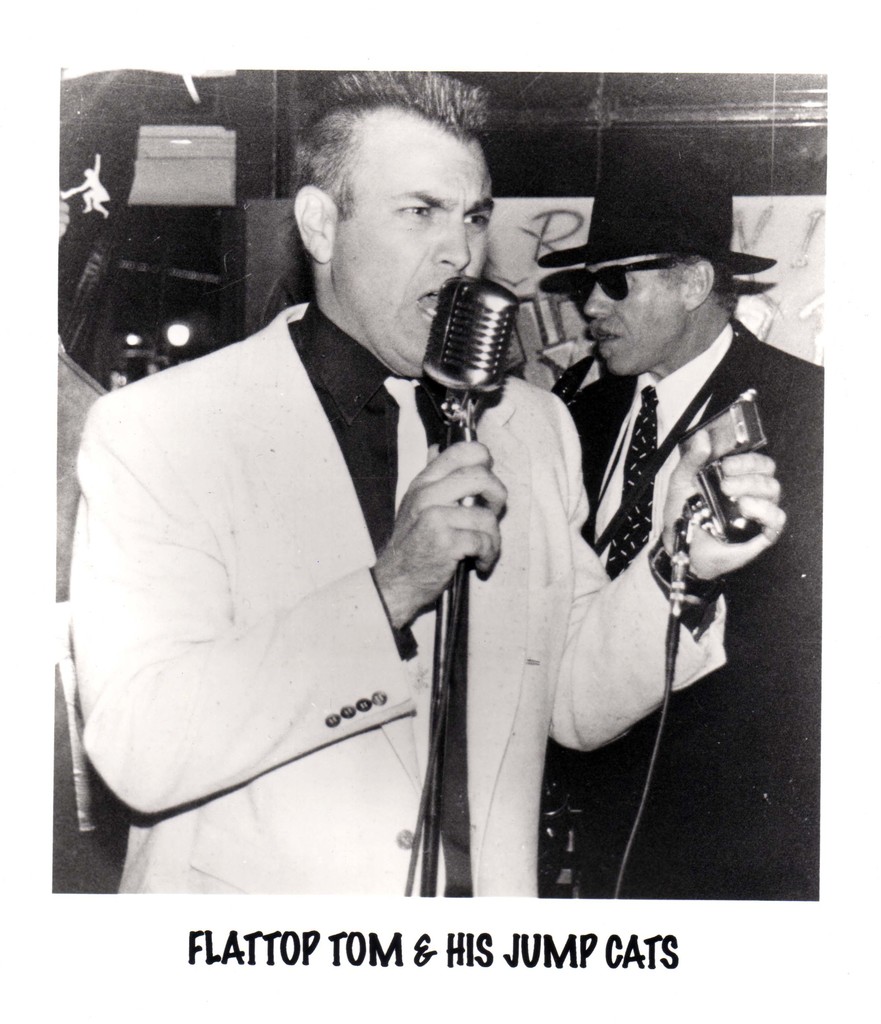