"I don’t have any fears. I never feed any kind of potential fears. We’ll keep the train running with my buddies until getting totally trapped by the bans on the nightlife, by massive destruction on the counter culture, which was extensively favored and applied by the recent Gov."

Sarp Keskiner: The Gumbo of Music

Multi-talented Sarp Keskiner is a Turkish author, photographer, editor, musician, label owner and producer, well known from the legendary Turkish blues band of Istanbul Blues Company and various other projects. Istanbul Blues Company (İstanbul Blues Kumpanyası in Turkish, or referred as IBC hereafter) they're often referred as The Original Turkish Blues Band. They bring the blues sound to their national melodies, harvesting both to put together a unique and plausible sound. IBC was found in October 1993, as the ever and the last "string band" oriented band of Turkey; by Sarp Keskiner (vocal, guitar, harmonica, mandolin, washtub bass, banjo, foamboard, shaker) and Salih Nazım Peker, both being the band's founding and mentor members. 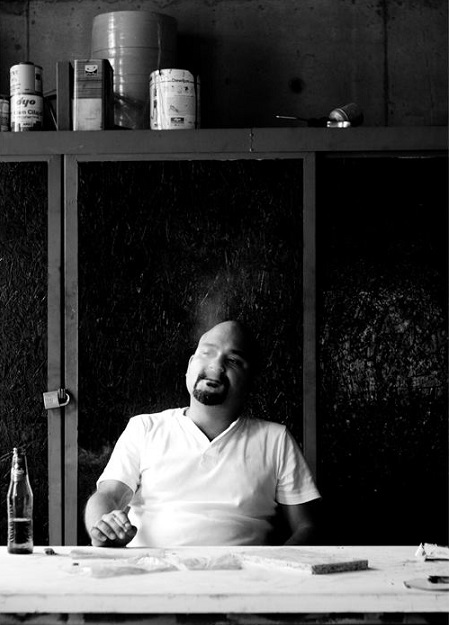 IBC enjoyed the vast repertoire of traditional blues of late 30's to late 50's; by covering many blues standards but always being keen to blend acoustic rural blues with a slight touch of Turkish baglama music's essential ingredients. Also in 1997, IBC turned out the be the main base for some vitalising folk-blues projects like Tuzlu Nehir (Salty River), Mama & Friends and Mardi Gras; on which each of them did perform tracks from masters like Blind Willie Johnson, Blind Blake, Fred McDowell, Mahalia Jackson, Leadbelly, etc. Keskiner joined in Moe Joe, the first and last electric Chicago style blues band in Turkey in 1996. The band had the opportunity to share the stage with Guitar Shorty, Eddie Kirkland and Nappy Brown, Alvin Youngblood Hart and Lavay Smith. The band was sincerely congratulated and encouraged by Mick Jagger, Randy Weston, George Benson, John Scofield, Adam Rudolph, Yusef Lateef, Pharoah Sanders and the names listed above. In 1999, Keskiner founded Kirika with Salih Peker and Orcun Basturk of IBC and he was the founder member, producer and composer of Saska. With IBC's debut album in 1996, Kökler, Keskiner has started his career as musical director and producer. Sarp has thus far been a compositor, lyrics author, arranger and producer in various albums of Chris Chavez, IBC, Moe Joe, Saska, Sarp Keskiner/Erdem Helvacioglu/Umut Caglar/Ozun Usta, The Great Republic of South. Sarp Keskiner and Deniz Cuylan formed the band "Great Republic Of South". The duo blends African, Latin American, Middle Eastern, Turkish and Mediterranean Music in a large bowl of Soul, Retro Funk and Electronica.

How do you describe Sarp Keskiner sound and what characterize your music philosophy?

I’ve been mixing and blending a lot of styles since twenty years and when it comes to describe my sound, probably the best words to describe are gumbo and bouillabaisse. I use a lot of cooking technics: The usage of right ingredients up to the recipe which I had created in my mind, before I go to record or produce somebody else’s work. Mostly, I hear the total final sound and the arrangement; before I take the initial action at the studio.

My philosophy on music? Keep it real and raw; even if it is not live and totally designed. All should taste like bootleg liquor: Real and rough. 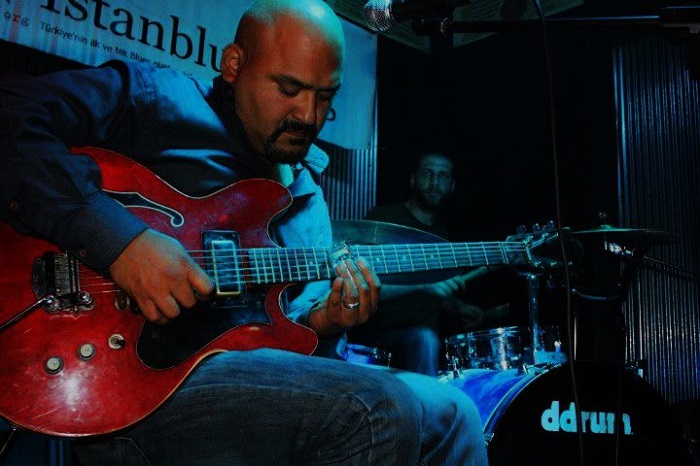 "Blues is my base, blues is my backbone and it’s the potato in my stew; whatever or whenever I cook…"

Five days, spent with Yusef Lateef and Adam Rudolph, served me a lot of experience on how to compose, how to improvise, how it is essential to lend your ears to get the most precious bits of inspiration by listening the sounds of the nature and how to get together with your band buddies to start a set, before you go on the stage. The best advice was given by Eddie Kirkland: “Son, don’t you ever and never forget to take your eucalyptus candies, before you go on the stage!”

Are there any memories from Istanbul Blues Company, Moe Joe and Great Republic Of South; which you’d like to share with us?

IBC was, as I guess so, the ever first band on earth to blend rural Turkish folk music with pure and rough Delta blues. At the same time, IBC was the first (and till now the last) band to record gospel and Cajun music in Turkey… In five years (1995 – 2000), we toured a lot and gave a lot of concerts in the most obscured places in Turkey; jamming with local gypsies or mountain nomads of Northern Antalya… Even we jammed with Yat-kha from Tuva (Mongolia)…

With Moe Joe, probably the most interesting gig spot was near the Syrian border, in Arsuz; where everybody in the crowd was speaking French and a Lebanese dialect of Arabic; drinking liters of pure, homemade “arak” while dancing to the music of Wilson Pickett…

Great Republic Of South is a new born baby and we hope to keep the funk up for a long while.

In 2015, we will be celebrating the 20th anniversary of Moe Joe’s birth. Moe Joe is the eldest blues band around in Turkey. 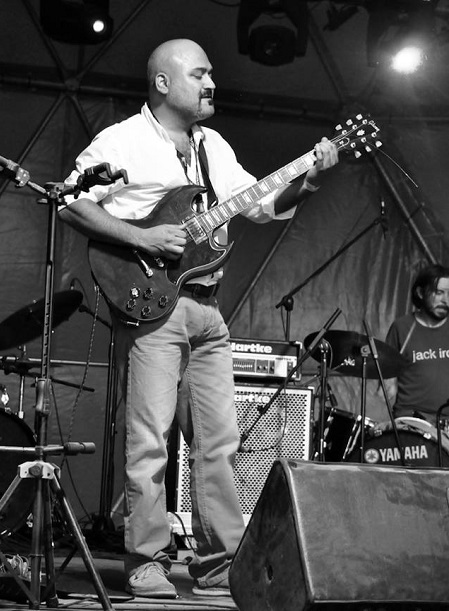 Oh, I truly miss the period of 1996 – 1999; when we could gig six nights a week… Not just for being able earn 4000 $ a month per member; the audience was uptight to death and extremely supportive to their fave bands and they sure used to know how to party… Anybody would go out to see their fave band every week, at those times. After the earthquake in 1999, the whole scene was gone in a month and masses suddenly got into clubbing parties, where they burst out with vodka, Redbull and pills. Live scene was in a coma, just within a month…                Photo by Rahsan Umay Karamanlar

Fears? For now, I don’t have any fears. I never feed any kind of potential fears. We’ll keep the train running with my buddies until getting totally trapped by the bans on the nightlife, by massive destruction on the counter culture, which was extensively favored and applied by the recent Gov.

Hope? Go to Ankara, to listen to the best blues bands in Turkey. Ankara was and still is the capital of blues in Turkey. In Ankara; seven nights a week, you can clash a band which sure can play the best and most authentic stuff…

I’ll never forget the gig, when we backed Alvin Youngblood Hart in 1996, in Istanbul. Moe Joe, my band, was the resident in a club and he kindly showed up to jam with us. But speaking about a lifetime memory; I should count the gig which we had guested Philadelphia Jerry Ricks, in a tiny club; respectively with a wood heater… Dearest Jerry was an angel; politically he was our comrade and he blew our minds with a full authentic set which one could probably be witness in a “house rent party”, in 50’s. I’m talking about 2004…

Blues is my base, blues is my backbone and it’s the potato in my stew; whatever or whenever I cook… I know I can get pretty naughty when it comes to run away from my blues roots but rural blues is my “lingua franca”; when it comes to describe and define all the stuff that I’ve been playing or recording… Noise, punk, concrete music or rural folk music; my blues is always there, sparking on my fingertips.

If you could change one thing in local music scene and it would become a reality, what would that be? 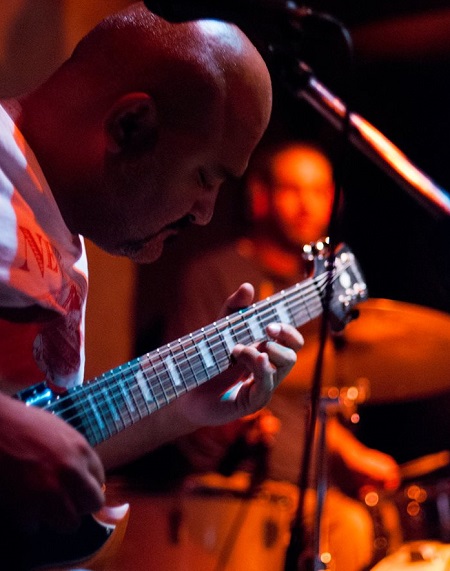 I would rearrange the policy, on smoking areas in venues. Greek brothers sure will get what I’m saying in a minute: Ain’t nobody stays in the venue when you play, from April to November… That makes eight months, brothers and sisters… All are gone out to smoke very often and they leave you all alone on stage. Venues should arrange separate spaces for smokers; as I personally support any bans on interiors.

"The best words to describe my sound are gumbo and bouillabaisse"

May a take my chance to attend the launch party of The Kinks’ debut single, “You Really Got Me”? Or flick me to the party where all The Who members celebrate the launch of “My Generation”…