"People say country music is three chords and the truth well I think that fits to the blues as well. The Blues is the bottom line,,,,it's honest. It doesn't fake it."

Ian Jennings: The Blues Had A Baby And They Called It Rock 'N' Roll 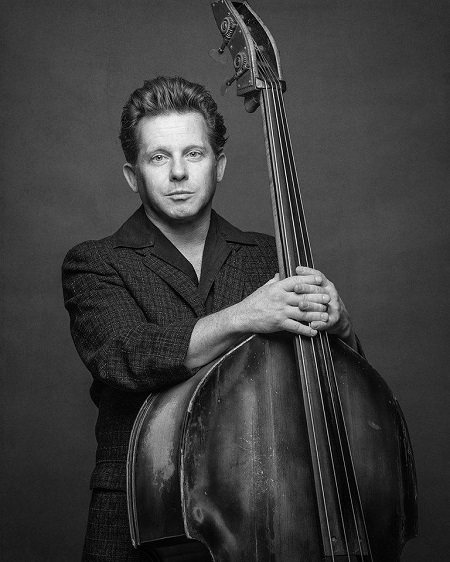 The Big Town Playboys are a six-piece acoustic British rhythm and blues revival group. First formed in 1984, bass player Ian Jennings is the sole surviving founder member of The Big Town Playboys. Founded by Ricky Cool and Andy Silvester in 1984 and known as Ricky Cool and the Big Town Playboys, they covered American music from the 1940s and 1950s, such as that of Amos Milburn and Little Walter. The Big Town Playboys have released a series of studio albums, as well as a collaborative project with Jeff Beck (entitled Crazy Legs), re-creating the songs of Gene Vincent. Several of their songs also appeared on the soundtrack of the film, The Pope Must Die. They have performed as a backing band for Robert Plant, who contributed guest vocals on their album Roll the Dice They also performed together at the Birmingham Heart Beat 86 charity concert. Eric Clapton has expressed admiration for their work, arranging for them to open for him during his two-week-long stint at the Royal Albert Hall in London in 1996. Ian participates in Martin Scorsece's documentary about the UK 60s blues scene. Currently touring with Mud Morganfield, the oldest son of Muddy Waters.

I think I've learnt things about life from playing blues bass, for instance take your time and less is generally more. The lyrics are great too, as life goes on we all find ourselves in situations that are written in blues lyrics so at least if it's not good you know you're not alone in the experience.

People say country music is three chords and the truth well I think that fits to the blues as well. The Blues is the bottom line,,,,it's honest. It doesn't fake it.

How do you describe Ian Jennings sound and what characterize your music philosophy?

My sound is mellow and big, I try and sound like the old guys, Willie Dixon for blues, James Jamerson and Duck Dunn are all people I want to sound like.

My music philosophy is best described as providing a good groove for the singers and soloists to rely on. I also want the audience to dance because that's how bass player and drummers really know you're doing something right, I just want people to dance. 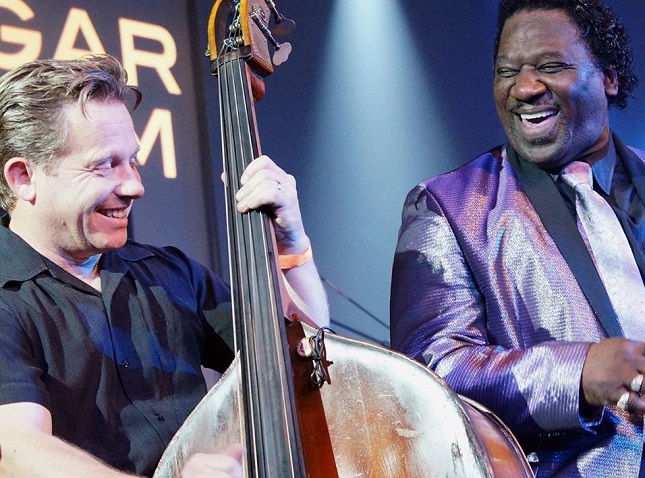 "I don't miss anything from music of the past as music is current if someone takes time to play it at that moment. I hope blues will continue to be a live event as blues is all about communication." (Photo: Ian Jennings & Mud Morganfield, The Royal Albert Hall / Photo © by Graham Munn)

I've meet so many incredible people but if you're asking which ones are important I've have to say early on I got to work with the old guys, Little Willie Littlefield and Champion Jack Dupree. They taught me to chill and play on the lazy side and if I hadn't got that all the rest of it might not of happened. Best advice is take your time.

So many memories, it's said you shouldn't meet your heroes as they will let you down but I'm lucky as most of the ones I've been lucky enough to meet have been great guys and lived up to and surpassed my expectations.  I will save some stories for my book, ha.

A good story is being woken at 8am asked to do a recording session for Van Morrison that day, getting to the studio and finding Carl Perkins tuning his guitar in the corner of the room. Not only was it my first Van session but no one told me Mr. Perkins was going to play.

I don't miss anything from music of the past as music is current if someone takes time to play it at that moment. I hope blues will continue to be a live event as blues is all about communication. 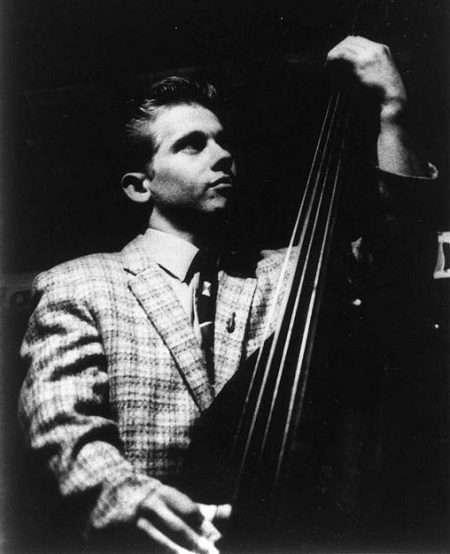 Asking if I could change one thing in the music world is a tough one as it's asking what I don't like. I suppose that would have to be make people more into music generally and to see the true value of what it is.

"My music philosophy is best described as providing a good groove for the singers and soloists to rely on. I also want the audience to dance because that's how bass player and drummers really know you're doing something right, I just want people to dance."

My memories of Champion Jack are great, he reminded me of a black version of my grandad, always joking, and fooling about. a very lovable guy. First time I meet him it was about ten minutes before our first gig together, He was eating a Chinese take away as fast as he could, he was smiling from that moment on, and so was I. We did a few gigs together and he never changed.

What has made you laugh and what touched (emotionally) you from the 60s Blues Boom era?

The 60s was bit before my time but is a great influence on my playing, I think it was an exciting time for music and life, very creative, I'm glad the Brits got the blues, a lot of the original guys in the US were struggling at that time and it must have helped with their careers, The Stones got Howling Wolf on to main stream American television.

What are the lines that connect the legacy of Blues with Jive/Rock n’ Roll and continue to Jazz and Skiffle music?

All of American roots music is connected, they all borrow from each other. Blues and Jazz are pretty central to all American roots, No Blues means No Rock n Roll!!

As a kid Elvis was hanging out with the blues guys on Beale Street, Carl Perkins said he played at black and white Juke Joints. I've jammed with old blues guys who jump easierly from Robert Johnson to Hank Williams, They just wanted to please their audiences by playing requests, so even though they played blues they played country and gospel songs.

"I think I've learnt things about life from playing blues bass, for instance take your time and less is generally more."

There are so many places the time machine would have to be set to for me, early days of Rock n Roll in Memphis, New Orleans, Chicago would all be a start but then if you have a time machine you could take a look into the future to see if people still like the blues....I think I might already know the answer to that one.