The longest-running & ONLY authentic Jimi Hendrix show since 1968~!!!

"Voodoo Child" is fronted by New York City's own Jimy Bleu, who is carrying on, by direct personal lineage, a concept Hendrix called "Electric Ladyland".

Performing world-wide, "Voodoo Child" has opened for and toured with the likes of Aerosmith, Slade, Graham Central Station, The J. Geils Band and Foghat, as well as appearing in major venues such as the Woodstock 25th anniversary, the Atlantic Pop Festival and Reggae Sunsplash to name a few. They have also appeared on German TV, London's BBC TV and MTV.

This isn't simply a tribute act.....this is a serious re-creation which started when Bleu was a member of the official Jimi Hendrix fan club at Warner/Reprise records from 1968-1970.

Bleu, himself a former Columbia/Def Jam recording artist having had relative success in the '90's with music mogul Russell Simmons as his personal manager, performs the music of Hendrix in the studio on all instruments and vocals.

Besides giving lecture/demonstrations about Hendrix on TV & college campuses across the USA, an unauthorized feature film based on Jimi Hendrix produced by Bleu is currently in post-production.

For more information on “Voodoo Child“ live, log on to:

STREAMIN' AT YA on www.wfdu.fm, ALL SHOWS ARE ALSO ARCHIVED on the website 24/7 for 2 weeks to be listened to at your leisure. 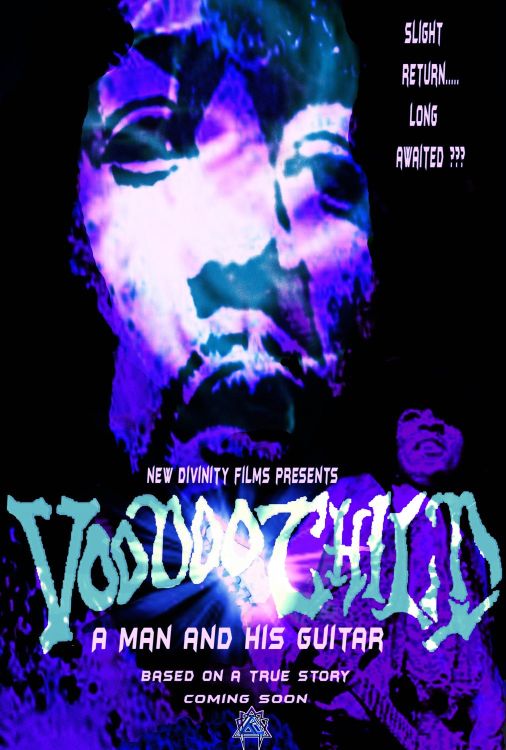 The longest-running & ONLY authentic Jimi Hendrix show since 1968~!!!