"Blues represents everyday life.  Blues has given me the opportunity to make a living."

Merle Perkins: Everyday I have the Blues

As a teenager Merle played in the Spirit of St. Louis Drum & Bugle Corp. “There is where it all started for me with the drums. If it was not for drum corp., I would not be a drummer today. I owe it all to drum corp.” Merle moved to Chicago from St. Louis, MO. In the 70s his first gig was with Buddy Guy & Jr. Wells. There is where it all began with the Blues. 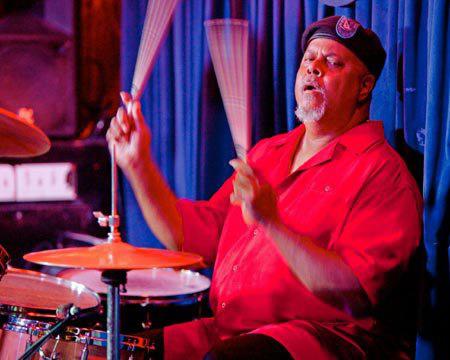 Merle Perkins has been recording and touring with: Buddy Guy & Jr. Wells, James Cotton , Lonnie Brooks, Freddy King, Albert King, Charlie Musclewhite, Jimmy Dawkins, John Little John, Big Twist & The Mellow Fellows, Magic Slim & The Teardrops, Eddy Clearwater, Joe Kelly & The Blue Shadow, McKinley Mitchell , Michael Coleman & The BackBreakers, Willie Kent & The Gents, Buster Benton, Son Seals, Chick Willie, Eddie Shaw, Abe Locke, and Larry Davis.
In 1990, he started his own band, Merle Perkins & The Perkolators for about seven years. “The reason why I started it was because other musicians kept saying you played with everybody, why don't you start you own band. So I decided to give it a shot. It was fun at frist, but it started to get hard as I went on. So I decided to get out why I am ahead. It is easy to be a side man that way you don't have to worry about anybody else but your self.”

What made you fall in love with the blues music?
The groove of the music, and I like the fact that blues is about everyday life

How do you describe Merle’s sound?
I say what I mean, and I mean what I say. What are the difference your session works and your own project?
My session work is more in the pocket, and with The Perkolators, I was able to express myself more freely on the drums.

Which was the best moment of your career and which was the worst?
The best times were when I was traveling and meeting people of different nationalities.  The worst times are when I travel far from Chicago, only to find out I'm getting paid from the door sales.

What does the BLUES mean to you & what does Blues offered you?
Blues represents everyday life.  Blues has given me the opportunity to make a living.

What experiences in your life make you a GOOD bluesman?
Being a dependable musician, spontaneous and on time

What are some of the most memorable gigs and jams you've had?
Playing on the Legendary Blues Cruise and going to Japan and Brazil 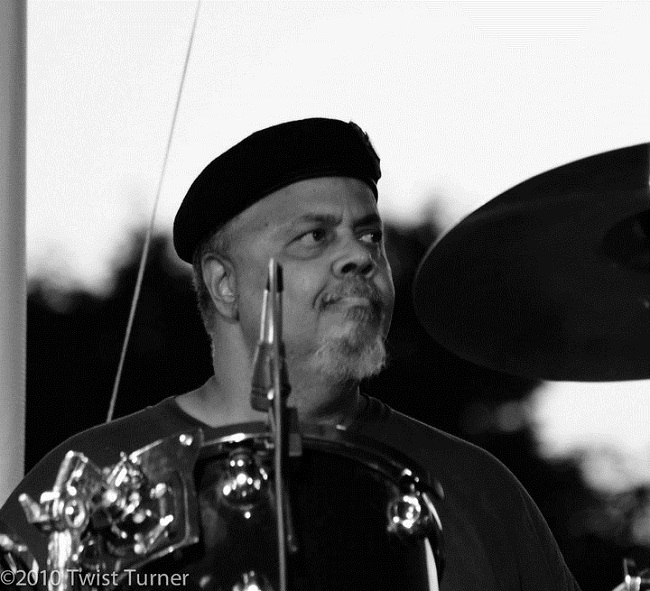 Are there any memories from Buddy Guy and Junior Wells, which you’d like to share with us?
That was one of the first professional bands that I ever played with.  Junior Wells was one of the nicest and comical guys I've ever met.  Buddy Guy is and outstanding guitar player and worked really hard to get to where he's at today.

Which memory from Chicago of 70s makes you smile?
The big natural hairstyles, platform shoes and different colored clothes

I wonder if you could tell me a few things about the Chicagoan blues scene at 70s
Back in the 70's, there were a lot of places to play and a lot of clubs in Chicago.

Some music styles can be fads but the blues is always with us.  Why do think that is?
Because the music is about everyday life From whom have you have learned the most secrets about the blues music?
Buddy Scott, Johnny Dollar, Big Twist & the Mellow Fellows, James Cotton, and Magic Slim & the Teardrops

Give one wish for the BLUES
Blues power

What do you think is the main characteristic of you personality that made you a bluesman?
Dedication to my drums

You have played with many great bluesmen, which are mentioned to be a legend. It must be hard, but which gigs have been the biggest experiences for you?
Lonnie Brooks, Albert King, Freddie King, Michael Coleman, Willie Maeborn, Memphis Slim, Junior Wells and Buddy Guy
Their musical style was great.  They had a lot of dedication to keeping the blues alive.

What is the best advice a bluesman ever gave you?
To play a good groove and have the right feeling of the music

What advice would you give to aspiring musicians thinking of pursuing a career in the craft?
Stay on top of whatever instrument you play, be on time and have a good attitude

How has the music business changed over the years since you first started in music?
There are not a lot of blues clubs around like there was when I first started playing. 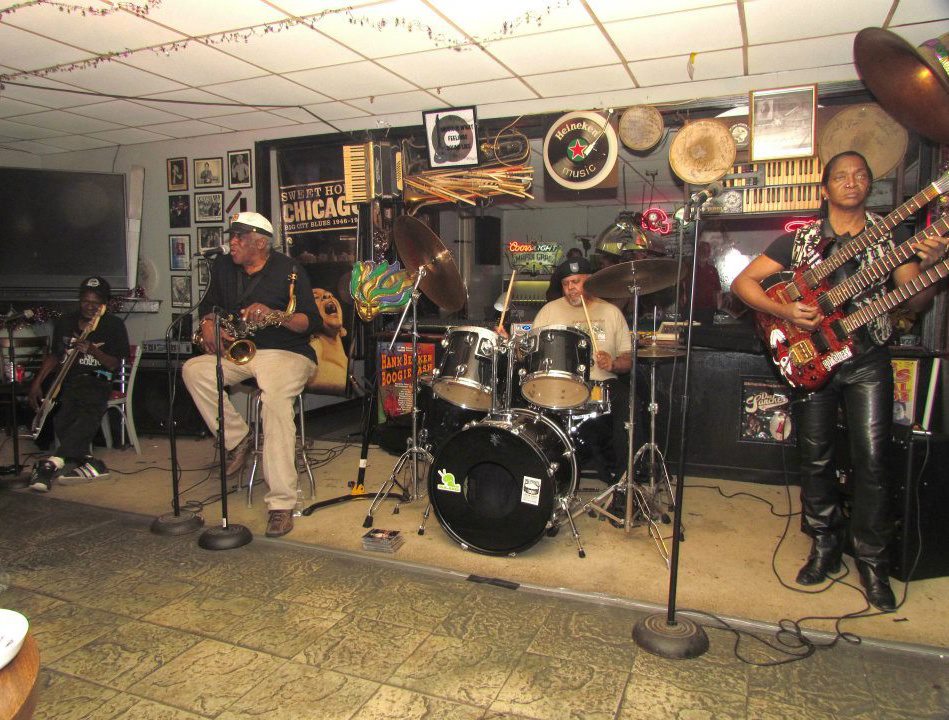