"I learned early on the healing powers of music. Blues music is life, the good the bad, the suffering and hard times that touches us all. It may be relative but no one goes untouched. Blues music is medicine for the soul." Lil’Ronnie Owen was born in Richmond, VA. Inspired and encouraged by his jazz drumming uncle, Ronnie was beatin’ the skins by the time he was 8, and giging in local bands by the tender age of 13. Ronnie was weaned on the sounds of swing jazz, rhythm & blues and early rock & roll, but it was the post-war urban blues that really spoke to Ronnie, especially the deep blues of Muddy Waters,the wicked harp of Little Walter and all those great Chess artists. This led Ronnie to finally change instruments from drums to harmonica and he ain’t looked back. Ronnie has now been leading his own bands for over 25 years. He has played with or opened shows with some of the biggest names in the blues/rock world, John Lee Hooker, James Cotton, Taj Mahal, Johnny Winter and way too many to name drop here.

I learned early on the healing powers of music. Blues music is life, the good the bad, the suffering and hard times that touches us all. It may be relative but no one goes untouched. Blues music is medicine for the soul. To me it’s like the air, I can’t live without it.

How do you describe Li'l Ronnie sound and songbook? What characterize Ellersoul Records philosophy?

Some folks refer to our sound as retro but to us it’s just the way it’s supposed to sound, timeless. There are of course several styles of blues music coming from different regions of the country and of course some of that is bound to mix together but it does have a language. You have to study and understand it and of course playing it with the ‘right feel’ is the key. To me the music of the late 40’s’s to early 50’s was a very special time for American music. True musical pioneers in all genres and it is the blues from which it came. We write a lot of our own material. I think our last 2 CDs had all original songs. It’s important to tell your own stories because that’s what makes it yours. It’s not easy to have that traditional feel & sound yet be vital, in the moment and sound fresh.

I think we actually have a mission statement somewhere for the EllerSoul label, I guess doing our part to try and keep this great American music alive and well. And too pass it along to the younger generation, the few that ‘get it’ and are interested in the authentic traditional music, while keeping it fresh in an ever changing musical world. No small task.        Photo by Alan Grossman 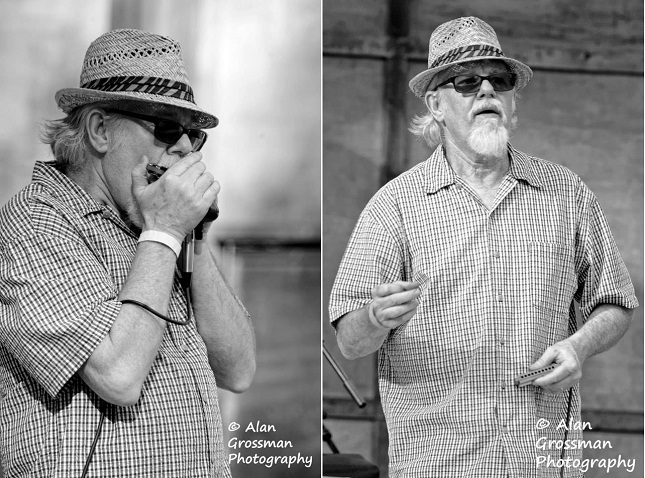 "Radio, (vacuum tubes) that’s the main connection, it had already started to change as far back as the late 20’s, people could now listen to all types of music. Black folks listened to white country and white folks listen to the blues. And from this came a cross pollination that create the new genres."

I was lucky enough to not only see and hear so many of the original blues pioneers but I later had the chance to meet and perform with them, either on the same show and sometime performing with them. Advice: I was opening a show for one of my idols, James Cotton and after the show I ask him if he had any advice for me and he said, “You can take that harp out of your mouth once in awhile”. Ouch! I guess I was over playing, never again. But he was nice and encouraging as well. When in doubt leave it out! I don’t think I can share Junior Well’s advice on here but it was something to do with how important your tongue is for playing the harmonic as well as pleasing the ladies. And that’s putting it politely.

I’m lucky to say that I have many, many great memories and not any of them has to do with money or fame (I have very little of either) but rather from the music itself and all the great people I’ve been fortunate enough to meet and make music with. I don’t want to start the name dropping thing so we’ll leave it at that. I could write a book about all that but earning the respect of my peers and having the opportunity to share this music with them and all the other blues lovers is what it’s all about.  I know that’s sounds cliché but it’s true. Our latest CD project, ‘Blues For Big Walter’ is a great example of what I’m talkin’ bout. Authenticity, as I said earlier blues has its own language and musical nuances. It’s mistakenly thought that it’s a fairly easy music to play but it’s ‘so called’ simplicity is very hard to master. There is a feel and groove that’s hard to achieve. The term, ‘blues, is probably the most misused word in the music language along with ‘jazz’. We all know that the ‘blues progression’ is the root of all great American music and it was taken in new directions, rock & roll, R&B, jazz, country etc. But It seems 70’s rock guitar has hi-jacked the genre. I can only hope that more young musicians like Andy Poxon, Big Jon Atkison, Andrew Alli, Aki Kumar, Clark Stern and other young players can keep the traditional and authentic blues alive.

Why did you think that Big Walter Horton music continues to generate such a devoted following?

I just found him different from all the others, he was very improvisational and melodic. A great listener. He had some signature licks for sure but you never knew where or when he use them are what they would develop into. He had that big fat tone and it didn’t matter what mic or amp he played though his sound was unmistakable. His playing and solo in ‘Walking By Myself’ is classic Chicago blues. Damn near prefect!

What touched (emotionally) you from The Blues Foundation mission? What are the secrets of Mississippi Sax?

We’ve always been a supporter of the Blues Foundation and all the great work they do. But when one of our artist, Marion James, ‘Nashville’s Queen of the Blues’ died last January the Blues Foundation/HART Trust stepped up big time to help with her funeral expenses. (Check her out she was a true pioneer with a wonderful back story) This is our way of paying it forward while making a great record. Secrets? As in anything it requires hard work and dedication. I think with the harmonica especially Blues harmonica you know early on if it’s a fit for you. I was a long time drummer but loved blues harp and listen to it all the time. I always had a harmonica around but never took it seriously, as I was concentrating on the drums. When I finally decided to take a serious stab at playing Harmonica I knew within minutes that I could play it. Perhaps though osmoses from years of listings. I’ve had other harmonica players say the same thing but it still gets back to doing the work. I wish I had of practiced more when I was younger and started sooner, heck I didn’t start serious harp till I was 30yrs old. Of course I had been playing drums since I was 8yrs old and in bands since I was 13. That may of helped.  I don’t know how my musician friends put up with me the first couple of years of my learning harmonica. "To me the music of the late 40’s’s to early 50’s was a very special time for American music. True musical pioneers in all genres and it is the blues from which it came."  (Photo by Alan Grossman)

That’s a tough one. I would see to it that all artist and song writers were properly compensated for their work when played on the Internet.  Streaming on the Internet is yet another way of ripping off the artist and songwriters. I’ve seen sites that have posted my music on their site and offered free downloads. We try to police it but you really can’t. A lot of the younger folks think that music is something that should be free for everyone to enjoy. As a label we put a couple of free downloads on our site when a new record is released hoping that they’ll like it and purchase the CD. But not steal the whole damn record. They should also make it so you can’t copy a CD, listen only, shouldn’t be too difficult.

What are the lines that connect the legacy of Blues with R&B, Soul, Rock n’ Roll, Jazz and American roots music?

Radio, (vacuum tubes) that’s the main connection, it had already started to change as far back as the late 20’s, people could now listen to all types of music. Black folks listened to white country and white folks listen to the blues. And from this came a cross pollination that create the new genres. The blues was first popularized in the 20’s and the first hit records were mainly by female artist, the first being Ma Rainey. Bessie Smith was the most popular but there were many others, Sippie Wallace, Mamie Smith, Alberta Hunter, Victoria Spivey and the first white woman to record a blues song Marion Harris. This actually started in Vandville but gained popularity though radio and when the first affordable record players came out it got another big boost.  These singers were almost always backed by a Big Band. Now lets skip forward to the post war forty’s. The popular big bands were no longer affordable & only a few remained while others had split off into smaller groups to make a living. Some of these artist like Louie Jordon had a swinging 5 pc band  that sort of morphed into an early R&B type of band with blues and jazz as the foundation, he wrote many popular songs that were covered by many blues artists, B.B. King recorded both ‘Caldonia’ and ‘Let the Good Times Roll’. But the radio, phonograph records and touring bands were the big connector. Cities like Memphis, New Orleans, Nashville, St. Louis, Houston, LA and of course Chicago played major roles in the development of all that great music. 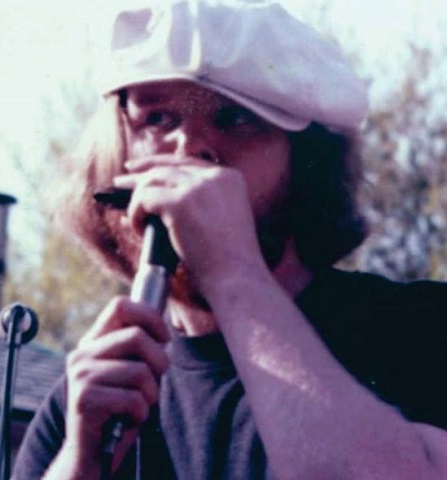 I think music in general has always been a great unifier that cuts though most of those issues. I think blues is the easiest genre to breakdown those barriers, it’s music from the heart and soul.

That’s a no brainer, Chicago early 50’s. Listen to all the great bluesmen in the venues where it was born.