"Roots and Blues is world music. Everywhere in the world people are the same. Though the music may be different, it serves the same purpose in each culture."

Jim Koeppel is a music veteran and founder of various roots, blues and country blues combos, including Dust My Blues, Who Slapped John?, and Shuck & Jive. Jim has led bands in the New York area since the late 80’s, with some stints in Nashville and Mississippi. He has performed throughout the U.S. and internationally with various bands. Koeppel has opened for, played and recorded with artists such as Taj Mahal, Doc Watson, David Bromberg, Les Paul, Cash McCall, Rip Lee Prior, Robert “Bilbo” Walker, Selwyn Cooper, Libby Rae Watson, Austin Walkin’ Cane, Carlyse Guy, Pat Moss, Lucious Spiller, Watermelon Slim, Billy Branch, Gene Barge, The Tailgators, Little Charlie & The Nightcats, Little Ed & The Blues Imperials. He performs solo, as well as with his acoustic combo, the Delta Coasters, and his electric band, Dust My Blues. Jim’s songs and music have appeared in several films and documentaries.                                                       Photo by © Christina Eleni Schneider 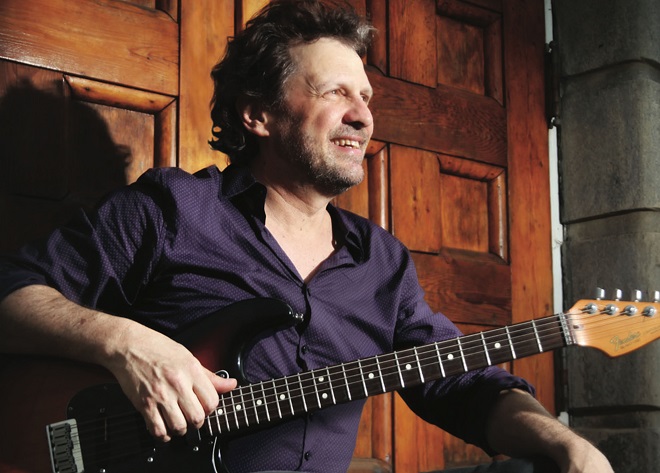 He has played at some of NY’s legendary venues including the Mercury Lounge, B.B. King’s, the Lonestar Roadhouse, the Rodeo Bar, the Stephen Talkhouse and more. He has performed in Chicago, LA, NYC, Boston, Nashville, Memphis, Clarksdale, Helena, and more, including Buddy Guy’s Legends, the Bluebird Cafe, Nightstage (Cambridge) and internationally in Uruguay and Germany. He has played numerous festivals including the King Biscuit Blues Festival, the Pinetop Perkins Homecoming, the Deep Blues Festival, the Cat Head Mini Festival, 2nd Street Blues Party, etc. “RSVP To Paradise” (2016) is the third project from Jim Koeppel, his first since 2009. Essentially an EP containing five tunes, three composed by Koeppel and two co-written with Cash McCall, who also co-produced the EP with Koeppel.

The blues is a community, the people are like family. You can learn compassion from listening to the blues if you are listening deeply. Playing and writing blues is the closest thing to freedom that I think I can have. It is the best way for me to engage my mind and be productive.

How do you describe Jim Koeppel sound and songbook? What characterize your music philosophy?

I like to make puzzles for myself. My songs are the solutions to the puzzles. If I had to describe the sound and songs I would say they are song oriented blues, modern but respectful of traditions, but I always say please a take a listen for yourself and I leave it up to you to name it, and I hope you like it!

How has the Roots and Blues music and culture influenced your views of the world and the journeys you’ve taken?

The cultural influence had been great, and maybe the most important in my life. It has given me destinations, and places to stop along the way. It has taught me about people. Roots and Blues is world music. Everywhere in the world people are the same. Though the music may be different, it serves the same purpose in each culture.    Jim &Cash McCall / Photo by © Lynn Orman Weiss "The blues is a community, the people are like family. You can learn compassion from listening to the blues if you are listening deeply. Playing and writing blues is the closest thing to freedom that I think I can have. It is the best way for me to engage my mind and be productive."

Many! Jamming with Doc Watson was a great thrill. Singing with Les Paul was a great feeling too. But playing with the elders of blues is always the most gratifying. I enjoy playing with guys that refuse to give up no matter what. Playing with the group of musicians on the last record was the greatest musical experience I have ever had. I learned more than I could have imagined, it was definitely a confidence boost. 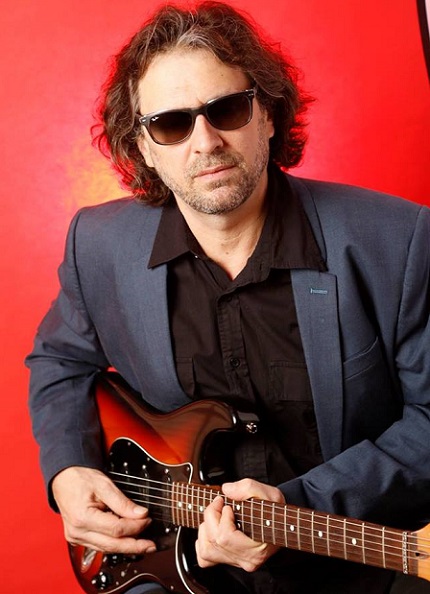 What has made you laugh and what touched (emotionally) you from Taj Mahal, Doc Watson, and Les Paul?

I opened for Taj Mahal, but we didn't associate except for a brief hello. But his music has always touched me emotionally and made me laugh. On records and live. Jamming with Doc Watson before the show I opened for him was for me a turning point. We jammed for an hour, he played my guitar and I played his. We talked about all kinds of things, not just music. He had a great and sharp wit. It was actually the second time we met, the first time I lent him and his band my guitars and bass when theirs was sent by an airline to another city. I used to go see him every chance I got and sit up front. Les Paul was very funny. I was on a date with a flight attendant, and I said we are going to see a show in a nightclub. She thought we were going to a disco. I took her to Fat Tuesday’s in NYC. Les played there every Monday night and I had seen him many times. She was surprised to see some older gentlemen sitting and playing standards and bantering with the audience. Les was very racy in his humor. So we ordered some pie and some drinks and watched the show, me enjoying every moment, but my date, not so much. He takes requests, and asked the audience what we wanted. I asked for Vaya Con Dios. His singer didn’t know the words, so Les asked me to teach it to him, the he invited me up to sing it. I couldn’t believe I was up there with him. It was before cell phones, but someone I did get a picture of me with the band. I had a great time, but it was the first and last date with the flight attendant.

What is the impact of Blues and Roots music to the racial, politic and socio-cultural implications?

We can learn everything, and we can teach everything, through the blues, roots music, in fact all indigenous music all over the world. The ability to celebrate and share cultural gifts is one of the benefits of the modern world. If we look at blues, and study it, as it has progressed through time, we can chart the progress of people, and the regression too. All the good and the bad is in there. But blues is not just a recounting of history, it is also predictive, as history repeats itself.  For instance, if we had been listening to Charlie Patton singing “High Water Everywhere," we might have mitigated the tragedy Hurricane Katrina in New Orleans. It only has an impact if we give attention to it.

Let’s assume that this is a pleasure trip, or I might choose to go back and prevent some calamity. I think I would have to go back to a Saturday Night Fishy Fry in the Mississippi Delta, on the bill for the night, Robert Johnson. 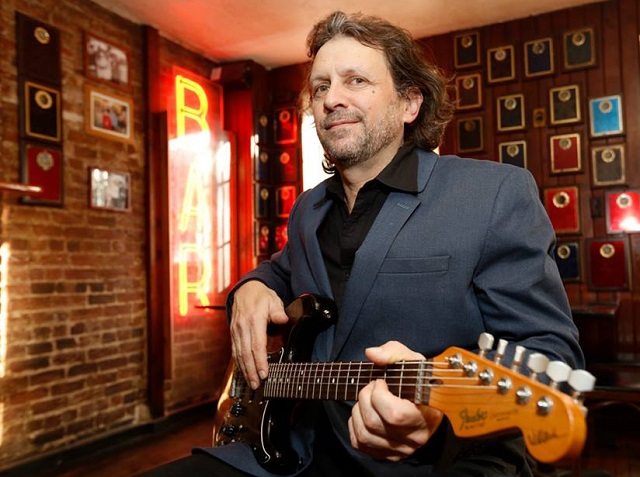 Photo by © Joseph A. Rosen