The true story of an extraordinary friendship is scribed by Michael Zanetis and Melora Donoghue, and Zanetis himself, a former jazz drummer turned night club owner, will be portrayed by Almost Famous star Patrick Fugit. 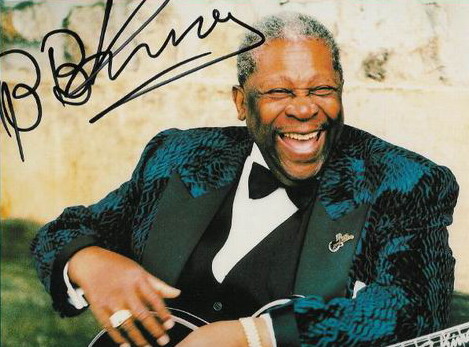 B.B. King and I is the unique story of two individuals: B.B. King, the legendary guitarist and Michael Zanetis, a daring young entrepreneur. This feature is the story of how their lives became tangled and the noteworthy impact they had on each other.

Zanetis is also serving as a producer on the flick, and Variety reveals that Michael Schroeder, who directed the Christopher Plummer film Man in the Chair, will helm the movie, with a September start being anticipated.

The ex-Wire thesp currently plays a session jazz musician in the HBO television series Treme and he is in pretty good shape for this kind of music.

The content of the piece highlights the friendship that blossomed between B. B. King and Michael Zanetis - a once jazz-rock drummer, who would eventually become a nightclub owner where B. B. King later played.

Something that happened several years ago at a funky old Orange County nightclub had a lot to do with B.B. King being on hand Wednesday night to open a fancy new one.

About seven years ago, a young jazz-rock drummer named Michael Zanetis worked his way backstage during one of King’s periodic concerts at the Golden Bear, the venerable, now-defunct pop showcase near the Huntington Beach pier, so he could bring a copy of his band’s new record album to the headliner.

That was the start of a friendship that grew over the years as Zanetis and his wife, Denice, renewed acquaintance with the gracious bluesman at numerous gigs in Southern California and Las Vegas.

About a year ago, Zanetis decided to switch from creating music as a session player and record producer to presenting it as a club owner. With backing from 14 investors, he converted a large, vacant restaurant on the Dana Point waterfront into Michael’s Supper Club.

“When I found out I had gotten the lease and it was a go here, there was no one (besides King) I would have considered for the opening act,” Zanetis, 34, said between King’s two shows Wednesday night.

Before coming to California, Zanetis, a compact man with a light, trim beard, had helped manage four Holiday Inns that his family operated in the Midwest. “After four or five years doing that, and 10 years in the record business, I’m kind of fusing the two here,” he said.