"It’s such a special thing, many people are not in touch with deep emotions, and the Blues has a way of connecting to those feelings many times without words, it’s an unexplainable thing."

Dave Potter grew up surrounded by a family of musicians. Times were tough and they played for the security of putting food on the table. He would tag along at every opportunity sitting side stage so he could watch every move. At age 10, he was given his first guitar - a Stella acoustic that his grandfather had found in the local landfill. Even at a young age Dave had a passion for playing. In no time he learned all the cowboy chords his father could teach him. One night, his father came home with an early 70's Fender Stratocaster belonging to a band mate. There was only one problem due to an argument the band mate had with his wife the guitar had been broken into pieces. Dave jumped at the opportunity, replacing the neck, hours or gluing and painted it candy apple red and this is where the fun really began...he was now electrified! 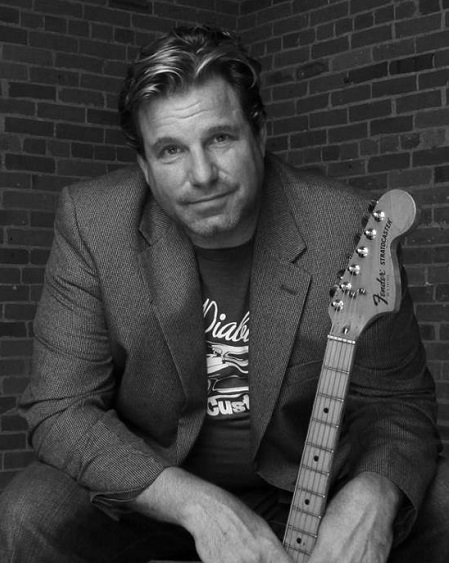 His father would say if you can hear it, you can play it. In his mid-teens Dave hooked up with anyone that wanted to play which led to a diverse journey ranging from country, oldies and rock and roll - he just wanted to play and that he did.  He followed their lead of wanting to sound just like the original recording, mastering each lick, but there was something missing...he remembered what his father had said and wanted to express himself in his own way. After moving down to Southern Wisconsin he found a place where it all made sense, The Silver moon, a whiskey and beer joint ran by Chicago Bluesman Glenn Davis. Dave spent hours and hours on and off stage with Glen and the unbelievable musicians that surrounded him leading his musical journey to places he feels most at home. This is where Dave received his masters of blues education. Currently you can catch him with his band The Alley Kings and Dave Potter Trio. Dave not only has had the privilege to sit in with some of the best local and regional talent, from Northern Wisconsin to the Windy City of Chicago, he has shared the stage with the likes of Bob Margolin, Billy Flynn, Barrelhouse Chuck, Lurrie Bell, Nick Moss, Steve Freund, Jim Liban, Doug Deming and Dennis Gruenling. Dave's goal is to share his love for the Blues for as long as the good Lord will allow through recordings, live performances, and stories of the bluesmen who came before him.

When was your first desire to become involved with the music and especial with the blues?

I went to see Winter Blues fest in Milwaukee Wisconsin; I had been playing for quite some time but was not totally hooked on Blues at the time. In one 7 hour event I was hooked! Jr. Wells, Bobby Bland, and BB King put it over the top. I left that night and I knew what I was supposed to do from then on!

It’s just a way of life now; everything about my day to day pertains to the Blues. I don't really think about how it makes me feel anymore it’s just there, good, bad, happy, sad, and so on. 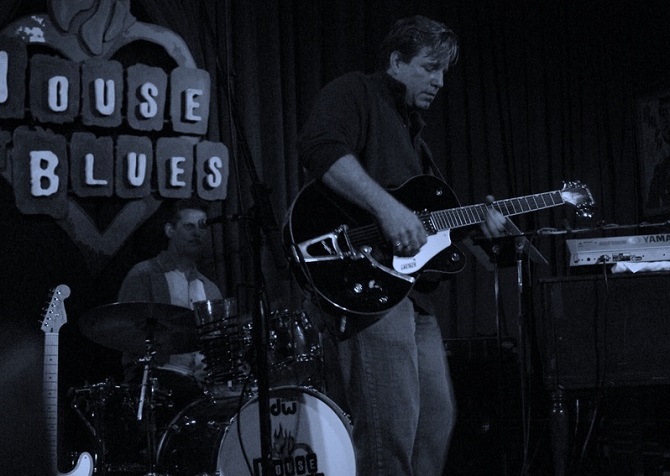 "I do it everyday, I pick up my guitar and play the Blues weather it’s for the family pet or a room full of Blues lovers it a Dream come true!"

How do you describe Dave Potter sound and songbook? What characterize your music philosophy?

I have a few riffs that people know it’s me but for the most part I try to dial up flavors of past artists that best fit the song I'm performing.

It’s such a special thing, many people are not in touch with deep emotions, and the Blues has a way of connecting to those feelings many times without words, it’s an unexplainable thing. So in turn the people that get the connection hold it very dear.

In the last number of years I have met and played gigs with many of the players I grew up idolizing and everyone of them has been something special.

My father said to me when I first started, just play the melody in your head, if you can hear it you can play it. It really helped me early on to improvise which is what blues is all about to me. I am so stuck in the past that it’s hard to say. Stevie Ray got me somewhat hooked but I kept working my way back from there. I don't pay much attention to most of the new stuff. The players are amazing but it’s not my thing. I always hear "you got to rock the blues to keep it alive" What keeps Blues alive is playing Blues whatever "Real Blues" is to the person playing it. It’s all good!

"I have a few riffs that people know it’s me but for the most part I try to dial up flavors of past artists that best fit the song I'm performing."

Turn off your Damn TV, cell phone, computer, etc... and go see Music Live at least once a week!

Glen Davis was somewhat of my professor to the Blues, we spent hours playing together at his club in Darian, WI. He really gave me the guidance and the opportunity to work on my chops.

Every time I play, the little things that happen between band mates during a gig are the best! From the little jokes between songs to hooking up musically where you feel your all sharing the same brain.

Chicago, late 50's and see some of the early Chess recording sessions. 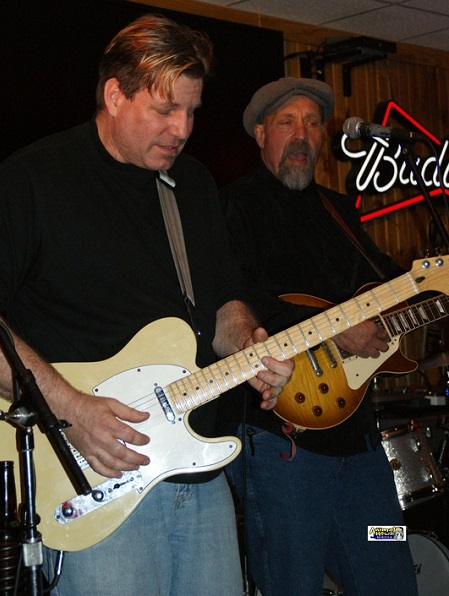 Not really I am currently working harder than ever to up my musical vocabulary, I think most hard core players never want to stop pushing themselves. If it becomes easy your kind of leveling off I think. When I feel I have a good hold on playing a certain style I know it’s time to take another bite.

"It’s (Blues) just a way of life now; everything about my day to day pertains to the Blues. I don't really think about how it makes me feel anymore it’s just there, good, bad, happy, sad, and so on."

I do it everyday, I pick up my guitar and play the Blues weather it’s for the family pet or a room full of Blues lovers it a Dream come true!