With one foot rooted in pre-war Delta blues, the other in a hotchpotch of country, swamp, jazz, rock, soul and folk, there are more sides to Gwyn Ashton than meets the eye. Ashton's experiences are amplified by the resonator of his well-beaten, electrified1936 National guitar, his Weissenborn lap-slide and an array of other acoustic and electric instruments. His use of 21st century technology such as looping guitars, scratches and other percussive noises validates him as a modern-day rogue bluesman.

Ashton collaborates and records with some of the world's most renowned musicians, his songs reflecting a wealth of experience and a lifetime spent paying his dues. In 2010 Italian guitar maker Liutart presented him with his own-design Gwyn Ashton signature model guitar – his perfect electric slide-machine.

As a duo, Ashton is joined by young impassioned percussionist / drummer 'Killer' Kev Hickman, who provides the backbeat, groove and perfect counterpoint to Ashton's guitar skills. Ashton and Hickman crash their way into the alt. music scene and blast down the boundaries between the blues, hip-hop and indie rock with riff-laden, edgy, high-octane songs. Drawing inspiration from the great rock and blues acts from the past, Ashton has developed his own distinctive identity, bringing the blues firmly into the 21st century and carving a notch in a world full of predictable, homogenized music. 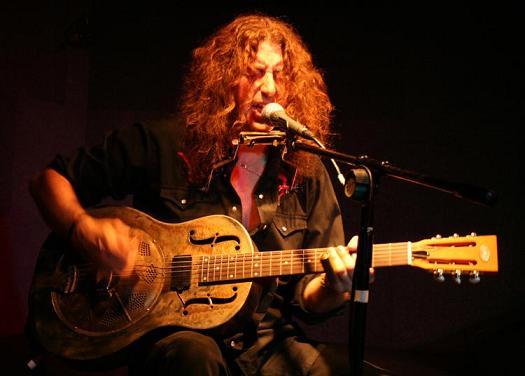