Keeping the music of Rory Gallagher alive, as well as working towards original material from Band Of Friends ...
Gerry McAvoy (Bass Guitar) played, recorded and toured with Rory for 20 years, from 1971 to 1991. Gerry played on every album Rory ever made. His 2005 book, ‘Riding Shotgun’ follows his career and life with Rory. Gerry also played with Deep Joy, Champion Jack Dupree and Nine Below Zero.
Ted McKenna (Drums) Best known for his work with The Sensational Alex Harvey Band, drumming legend Ted McKenna played with Rory Gallagher from 1978-81. He recorded the albums ‘Photo Finish’, ‘Top Priority’ and ‘Stage Struck’. Ted also played and recorded with Greg Lake of ELP, Gary Moore, Michael Schenker and Ian Gillan of Deep Purple.
Marcel Scherpenzeel (Guitar/Vocals) grew up with Rory's music and Gerry promises, "This is the closest guitarist to Rory you will ever hear".
For over twenty years Marcel has carried the torch for blues and rock all over the world. His former bands are Marcel Scherpenzeel Band and Wolfpin. 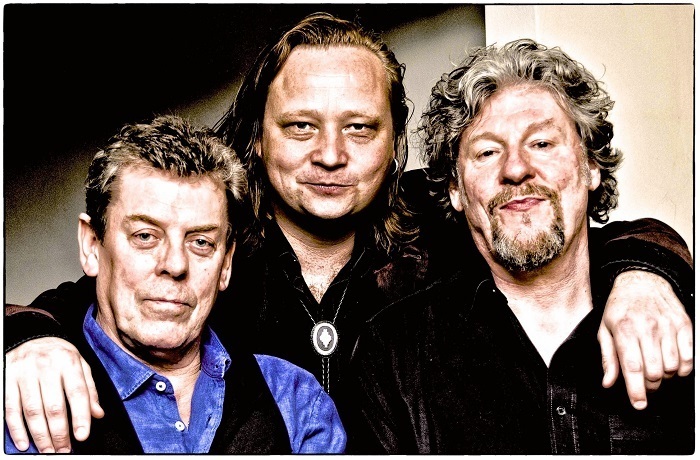