Despite the prominent presence of celebrated blues artist Howlin' Wolf in her family tree, singer Zora Young grew up singing not blues, but gospel. Even when the Mississippi native shook off her roots at the age of seven to relocate with her family to Chicago, she attended the Greater Harvest Baptist Church and continued to sing gospel. It wasn't until later that she switched over to R&B, and evolved into a powerhouse blues vocalist with three decades of experience behind her. Zora has performed with a long list of artists, including Junior Wells, Jimmy Dawkins, Bobby Rush, Buddy Guy, Professor Eddie Lusk, Albert King, and B.B. King. Her recording credits include collaborations with Willie Dixon, Sunnyland Slim, Mississippi Heat, Paul de Lay, Maurice John Vaughn, and Hubert Sumlin among others.

Her own recordings as a solo artist include releases from the labels Delmark, Black Lightning, and Deluge. Young has also performed on both stage and television. She is a veteran of more than 30 tours of Europe, and has been a featured performer three times at the Chicago Blues Festival, including headlining this world’s largest blues fest in ’06. She has performed throughout North America, and on stages in Italy, Germany, Belgium, Sweden, France, Switzerland, Greece, Austria, Tai Pei, and Turkey. Her albums include 1991's Travelin' Light from Deluge Records and three releases from Delmark Records, Learned My Lesson in 2000 and Tore Up from the Floor Up in 2005, and her most recent, The French Connection in 2009. Earlier in 2009, she also released Sunnlyand, a tribute to her mentor, the late blues pianist/singer Sunnyland Slim, on saxophonists’ Sam Burckhardt’sAirway label, with special guests Hubert Sumlin, Bob Stroger, Barrelhouse Chuck, and Steve Freund. Zora is also featured on the title cut on Delmark’s 2009 CD and DVD, It Ain’t Over! Delmark Celebrates 55 Years of Blues! 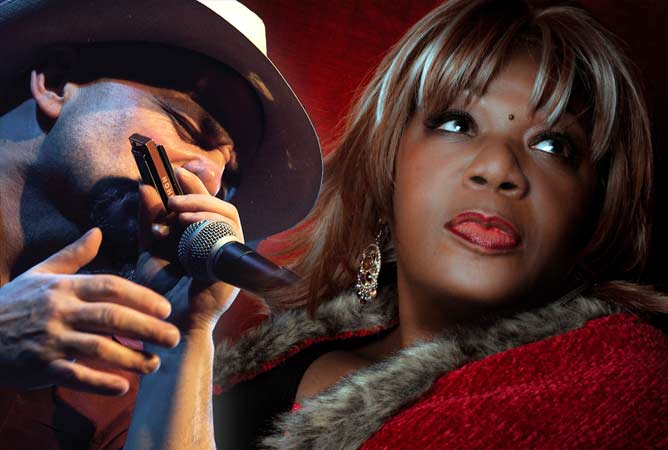