Allen Ginsberg's friend and secretary, Bob Rosenthal, talks about his experience with the poet

“He listened to music with a purpose not for relaxation – never! Allen believed Aristotle that “when the mode of the music changes, the walls will shake.” He believed that his music in poetry and your music in poetry do change the world.”

The Trust of Bodhisattva

Bob Rosenthal is executor of Allen Ginsberg’s estate. Born in Chicago, grew up digging the blues from Sonny Terry, Brownie McGhee, to Leadbelly. Blowing harp, when older heard JB Hutto, Otis Rush, Magic Sam, Luther Allison, Jr. Wells and Buddy Guy, Muddy Waters with Otis Spann, Walter Horton, etc all in the clubs. Can still wail when needed. Bob Rosenthal, who studied poetry under Paul Carroll, Ted Berrigan, Joel Oppenhiemer, Bernadette Mayer, and Alice Notley, is a poet and a writer who has co-written and produced five plays. His 1970's Cleaning Up New York was regarded as a cult classic. 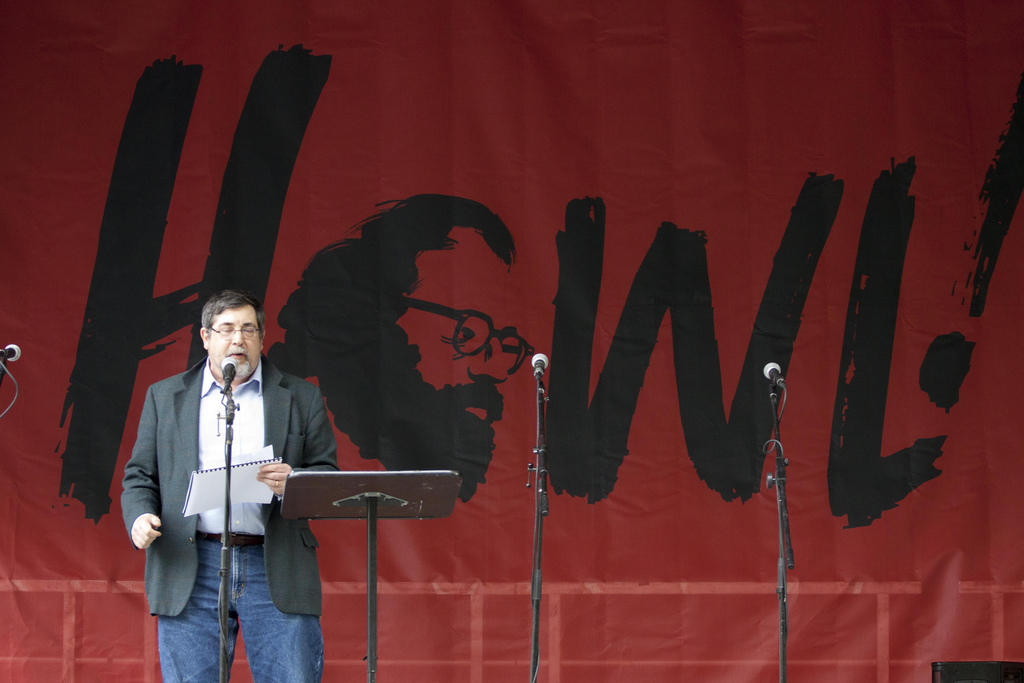 His latest collection of poetry is Viburnum (White Fields Press, Tennessee). He has taught workshops at The Poetry Project, Snug Harbor, and the Naropa Institute. Co-founded and directed the Committee For International Poetry which produced ten International poetry festivals. He worked as Allen Ginsberg's secretary for 20 years until Allen’s death and currently is a Trustee of the Allen Ginsberg Trust.

Tell me a few things about your meet with Allen Ginsberg & how has Allen changed your life?

I started working for Allen in ’77. When I started here, I was temporary. Ted Berrigan was my mentor and lived on St. Marks Place. Allen called Ted and said, “I need a temporary secretary,” and Ted recommended me.

I was not a big Beat fan – even then, I was a New York school of poetry fan: James Schuyler was my hero, Frank O’Hara and Ashbery and Kenneth Koch. I had read Ginsberg and thought it was really good but I wasn’t aspiring to be in the Beat world. But Allen liked me and he liked that as a fellow poet I was a little bit more upbeat. I was friendlier than the [William] Burroughs people, I was a little less suspicious – I was a little bit more like Allen in that way. He liked the way I talked to people. Very quickly he gave me financial equality – I could write his checks; he gave me a letter to give to the head of special collections at Columbia so I had full access to the stacks. 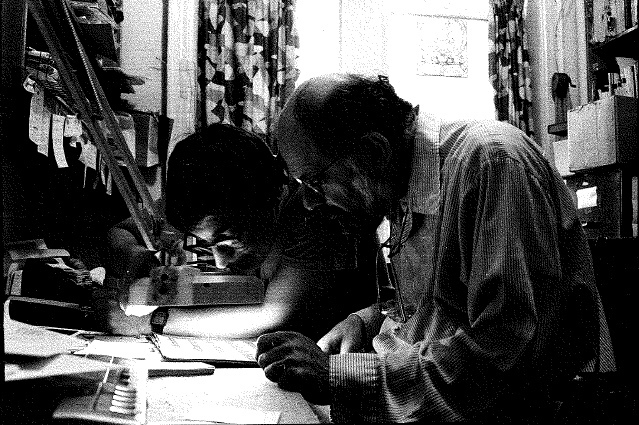 Rosenthal and Ginsberg at the poet’s desk. Photo by Brian Graham.

What MOTTO of Allen Ginsberg you would like to stay forever?

How do you describe Allen Ginsberg’s philosophy of life?

Radical amazement he lived five lifetimes in one!

The non accumulation of possessions.

Which is the most interesting period in Allen Ginsberg’s life and why?

Interesting has no meaning here -- but I will venture to say death.

Which memory from Allen Ginsberg’s adventures makes you smile?

His political bravery such as making peace between the Ηell’s Αngels and the Anti war marchers - Berkeley 1965 many other instances!

When he was young, Allen had a lot of classical records, Indian records, a lot of blues. He loved Ma Rainey. Ma Rainey was his musical hero and after that maybe Bob Dylan. We played Ma Rainey when he was dying. It seemed like the right thing to play. In early pictures of him in San Francisco you see his room and you can see he has Bach’s “Mass in B Minor” – he was listening to classical music. But he didn’t come in and put music on – in fact, he would listen to AM 880 while he was shaving or grooming himself. He just liked to hear a little bit of the news all the time, like some people might have CNN on all the time.

Also I have written a full book seeking publisher now 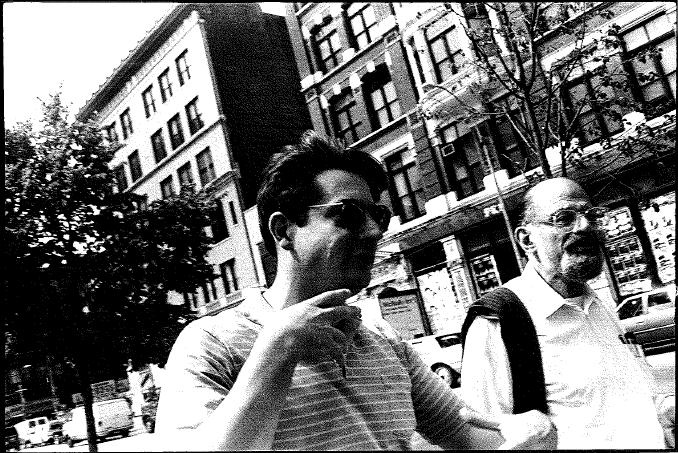 What is the “feel” you miss most nowadays from Allen Ginsberg?

I miss feeling his deep bodhisattva.

What advice Allen has given to you?

Best:  driving him in cars alone before cellphones.  I call these "Moments with Irwin" (Allen's real first name)   Worst:  having to take care of his dysfunctional lovers.

Why did you think that Allen Ginsberg continues to generate such a devoted following?

He is the strongest courage teacher.  No writers have been able to come close to the level of his candor.

Do you know why Allen Ginsberg is connected to the underground and avant-garde culture?

He was not avant-garde but he was relevant to every generation.  He honored all people.

What was Allen Ginsberg’s DREAM…and what was his nightmare?

His dream was to diminish human suffering his night mare was his beloved friends on alcohol and speed. 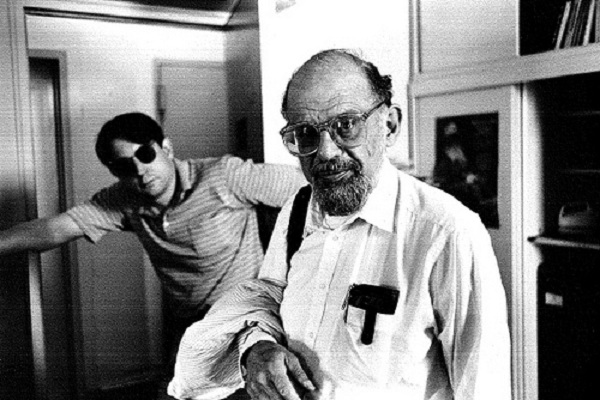 For Allen Ginsberg: Happiness was… Νew York Times, in bed, and a blank page 4AM

Music was… the blues Ma Rainy to Dylan

The BEATS were... sacramental friends who expressed themselves in full candor…

What's the legacy of all these Allen Ginsberg’s legendary bohemian adventures? Mostly spiritually.

What is the advice that Ginsberg will give to us nowadays?

He said it all in his own lifetime.

If was between us, what do you think he would tell us?

Do you remember anything interesting from Ginsberg’s records collector?

Bach, Classical Indian, Country Blues. Allen loved the simple clear poetry of the blues lyric. It is one of the sources of his candor in language use.

How does the music affect Allen’s mood?

He listened to music with a purpose not for relaxation – never! Allen believed Aristotle that “when the mode of the music changes, the walls will shake.” He believed that his music in poetry and your music in poetry do change the world. If Allen “was going” back to the past what things he would do better?

He always said that he wished that he had fucked at a younger age.

…and what things would a void to do again?

I can’t answer this but my wish for him would be to have a normal childhood in which he was protected and safe.

What things have preferred to do in his spare time?

He was a workaholic; there was never time to spare. Never!

When I started, I would come in the late morning and pick up the mail at Stuyvesant Station and bring it here and sort through it and he would be getting up in the early afternoon. He’d do a little sitting meditation; he’d be reading The New York Times, sort of puttering around in his underwear. He really wouldn’t become fully charged and awake till about 5 p.m., usually around the time I sort of wanted to go. Around 7 p.m., he was really awake. But we’d work in the afternoon and I’d be taking the phone calls and things would be coming in.

I didn’t socialize much with Allen. When I first started working with him my wife was pregnant, so I had a baby really soon and I was turning 28. He would go out, meet people, usually have a late dinner at the Kiev around 1 a.m. or 2 a.m., go by the Gem Spa, pick up The New York Times, come home, read The New York Times, write in his journal; writing poems or journal entries till about 5 a.m. or 6 a.m. By sunrise he’d probably be getting a little sleepy. He didn’t sleep that much. And he’d start that whole process again. At night, he was probably mainly reading Buddhist texts. He had pretty much done the major literary reading. He had an incredible backlog of memorized poems; he could recite Wordsworth and lots of other poetry. 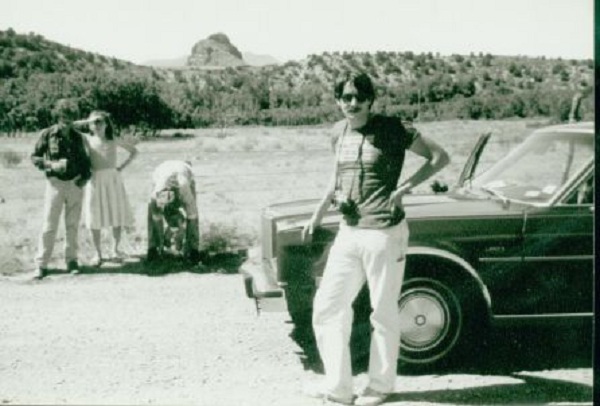 How important was the role of Allen played in the case of Buddhism and Music in “Beat generation era” and now?

Allen was a true genius and a man of incredible spiritual perception.  His role was at the forefront of anything he did!

Difficult question but, which of the beats do you consider was the best friend of Allen Ginsberg?

Depends on what you mean by best!  Allen believed in sacramental relationships – All his friends were holy to him -- closest were Lucien Carr, Robert Frank and William Burroughs but perhaps think of it this way: he took the most pictures of William Burroughs over the longest time period than anyone else. Peter Orlovsky was his one true lover.

I usually stay from these what if questions but . . .

How he would spend a day with Buddha?

What would he say to Oscar Wilde?

“I love your Ballad of Reading Gaol!”

“Wait-a-second so I can get my harmonium out -- we can jam together.” Rosenthal at Howl! Festival 2012: Reading of Allen Ginsberg’s HOWL. Led and Orchestrated by poet Bob Holman, the reading of Howl includes a “Greek chorus” of voices.