An Interview with Aussie Claude Hay, a fusion artist forging his sound on the back of looping technology

"Music stops me from going mad. It’s definitely a form of release."

Claude Hay: Back to the Future

Hailing from the Blue Mountains near Sydney, award winning Australian solo artist Claude Hay blends slide guitar, sitar, bass and drums to create music that invokes the best of stomping traditional blues, hard rock and booty-shaking funk, all delivered with chops to burn and a vocal range to match. Claude is perhaps the world’s ultimate Do-It-Yourself musician – forging his live sound on the back of looping technology which allows him to create a band vibe without the band. This approach has seen this fiercely independent artist build an audience for his music globally with the release of three award-winning home-made albums. 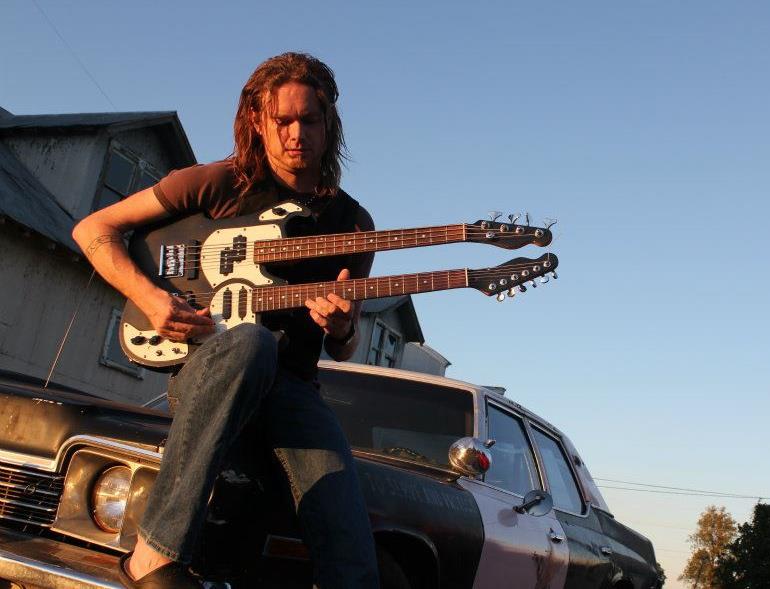 Taking DIY a step further than most, Claude has built all his own equipment: there’s ‘Betty’, his double necked guitar which he made out of a kitchen benchtop; there’s Stella, his new ‘Cigar Box’ guitar which started its life as a six dollar baking tin. He’s also built his own dome house and studio from the ground up, and pimped out his tour van with a shower and bar.

‘I Love Hate You’  is Claude Hay’s brand new third album and was recorded and mixed in his home studio ‘Deathstar’ and continues Claude’s move away from traditional blues and back to his love of rock – both alternative and hard – with his childhood love of 80’s cock rock starting to show its influence. The signature slide is still there, along with the four-on-the-floor rhythms and gut-bucket sensibility, but new to the mix on album number three is an increased focus on guitar riff age along with a more refined approach to songwriting and production. This new release sees Claude in a rare collaborative mood, with the input of other musicians on a number of tracks, most notably the rhythm section of Sydney band Chase The Sun.

When was your first desire to become involved in the music and what does offer?

My first desire was when I snuck in and saw a Kiss concert in the early 80’s when I was a little kid. I instantly thought “yeah I want to be a part of this”. Music stops me from going mad. It’s definitely a form of release.

By experiencing many things as possible in many different ways. 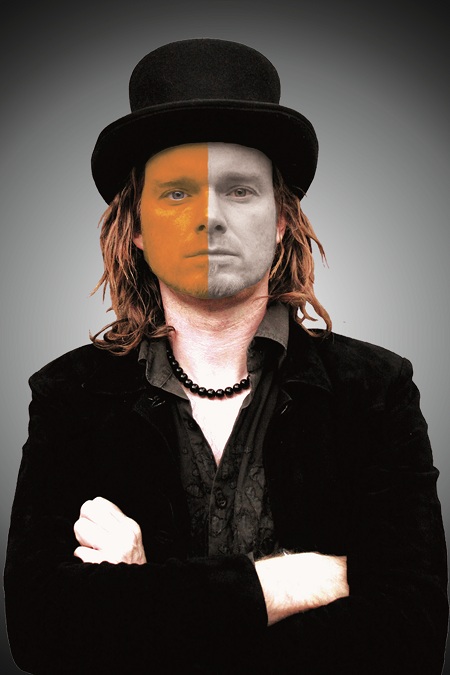 Anything can inspire me really. It could be something aggravating me off in the news or a great show that I had in Poland. Or simply a new guitar that sounds great and different.  I don’t really have a songwriting mentor. I like a lot of different music and artists at different times of my life.

How do you describe Claude Hay sound and progress and what characterize your music philosophy?

My sound has elements of rock blues and funk. Definitely on the harder edge of things. My only philosophy or rule is to play exactly what I feel like playing and never compromise, otherwise you would just get bored.

From whom have you learned the most secrets about the music? What is the best advice ever gave you?

Best moment was when I stopped sleeping on peoples floors after shows and I could start sleeping in nice hotels. Got a great sense of cleanliness.

Worse - this happened recently. I got on a big stage at a festival in front of a thousand and none of my equipment worked but I managed to scramble my way through it by the skin of my teeth.

What is the “feeling” you miss most nowadays from the Blues, Rock and Funk music of past?

I could say its not as good as it was in the old days but that would kind of make me sound old – so I won’t say it.

Are there any memories from your travel in USA and Europe, which you’d like to share with us?

Seeing my head on billboard sized posters in Poland advertising a festival was pretty cool. And getting to see the amazing part of the world of Alaska – where I also did another festival – was just beautiful

Most memorable: Supporting Joe Bonamassa at the biggest theatres in Australia and also supporting Seasick Steve who had John Paul Jones on bass. That is a time I will never forget. Claude blends slide guitar, sitar, bass and drums to create music that invokes the best of stomping traditional blues, hard rock and booty-shaking funk, all delivered with chops to burn and a vocal range to match

What is the current state of the live music scene in Australia where you live?

Australia has a thriving Blues and Roots scene. The only difference to Europe and Australia is that there is a long distance between gigs, because the country is so large but the population is small. But otherwise it’s a great place to tour.

Because thats where majority of modern music genres have come from and it’s soulful passionate music.

To me a sign of a good night is when you connect with an audience. There is no better feeling than that. I try to do that at every show regardless of how big of small the audience is.

Do you know why slide and cigar box guitar is connected to blues & what are the secrets of?

Cigar boxes have that old crusty tone that I love.  It originally came from poor blues musicians in the 1920’s as they couldn’t afford to buy a resonator. Any sound that is a little different, such as the Cigar box guitar appeals to me.

How did your involvement with musical instruments begin? How you started the idea to making guitars?

My dad always had lots of guitars around the house. For some reason, as soon as I got one I felt compelled to pull it apart and put it back together the way I liked it. Trust me; I ruined a lot of guitars in the beginning. But its just one things that fascinates me. Literally 10 minutes ago, I was thinking about the design of my next guitar.  It think that will be with me till the day I die

Not at all, most modern day music comes from the blues. I can’t stand “purists”... Everybody should be allowed to learn from the past and be allowed and do it their way. 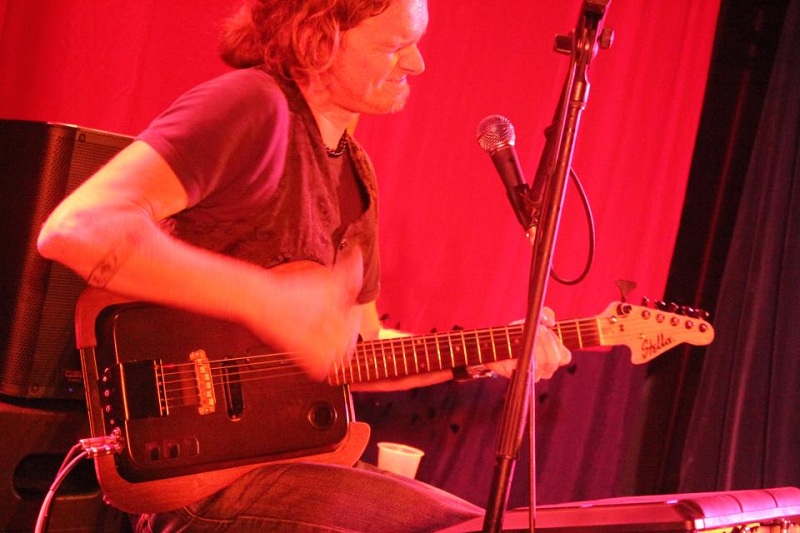