An Interview with the cult blues-rocker Big Shanty: Blues is expressing your inner feelings without fear of being judged.

"My best songs come to me in dreams and then when I wake up, I can’t write them down fast enough."

Big Shanty: The Blues of Dreams

Renegade blues-rocker Big Shanty’s sonic rain of acid guitars and synth beats blasted across the Internet, Satellite and College radio in ’07 with his anti-war song "Killing Fields" and went number-one for five-weeks on "Blues Critic" singles chart. Big Shanty’s CD “Ride With The Wind” stayed top-ten in their album chart for five-months, his single was nominated as "Best Blues Song and Shanty was nominated as "Best New Artist". 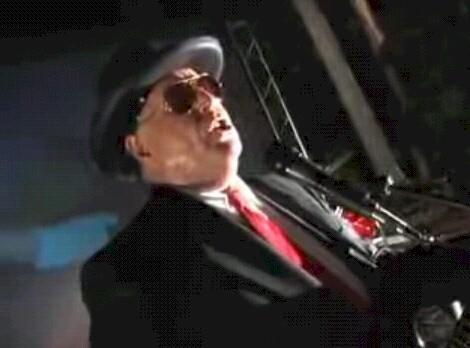 Topping the list of amazing kudos for the year, "Real Blues Magazine" selected the Big Shanty album as the "1 Blues Album of 2007". Big Shanty mixes Retro with Techno, Delta Blues and Club Beats to energize his taken-from-life stories, on “Ride With The Wind” Big Shanty delivered a brilliant collection of songs and media reviewers compared him to the White Stripes, Lonnie Brooks, Jimi Hendrix, Root Boy Slim and Neil Young. Big Shanty aspired to measure up to the high praise on his new album and invited some great friends like, legendary Godfather of Jam-Bands, Col. Bruce Hampton; The amazing blues guitar diva, Liz Melendez; Cutting edge guitarists, Spencer Kirkpatrick and Chris Blackwell; The driving basses of Dustin Sargent and Kevin Scott; The Roadhouse 88's of Rick Phillips and the unrivaled drums of Scott Robertson… these self-styled bohemians of rock’n blues gathered at Atlanta’s STR studios in late 2008 and came out with a swarm of raw, rocking, high-octane Blues on the album, "Big Shanty Sold Out".  He's back with his latest offering, "Collection," a two-CD powerhouse consisting of fourteen studio tracks and five red-hot live tracks reissued just for this release from The King Mojo records.

When was your first desire to become involved in the blues rock & how has the blues music changed your life?
At age eight listening to the blues radio stations in Atlanta. The music has led me to friendships with some of the most interesting people and interesting musicians in the world. 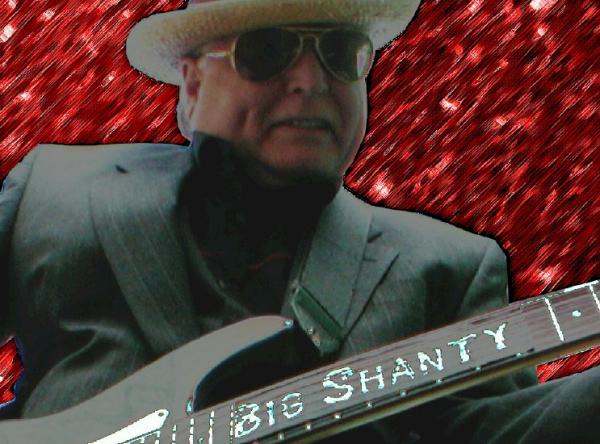 What do you learn about yourself from the blues, what does the blues rock mean to you?

For me it is a way to express feelings that I cannot express any other way.  I don’t try to analyze it I just like to feel it.

First paid show I was 21 yrs at a rented hall for a college crowd… it was a new band that was not so professional, even though the crown enjoyed the music, I didn’t think we played very well.

How and where did you get the inspiration for your songs and lyrics?

After a heartbreaking experience with a woman, I found I could express my feelings through writing music and it just developed from there.

Do you think that your songs come from the heart, the brain or the soul?

My best songs come to me in dreams and then when I wake up, I can’t write them down fast enough. Other songs come from guitar riffs that I discover while playing, these are the most difficult to complete because I struggle to find words that fit the musical riff. 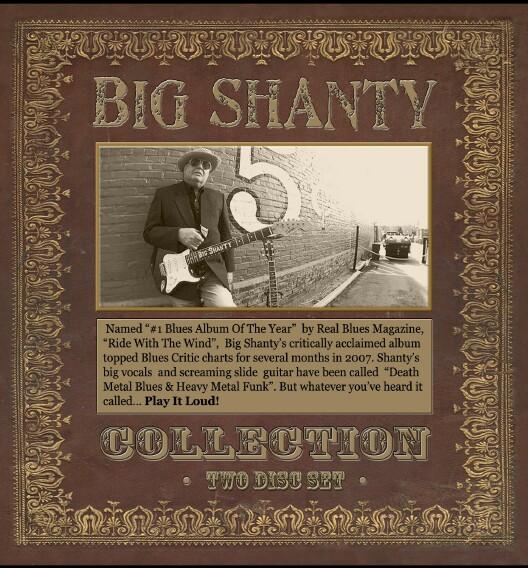 Best, playing with great musicians and just getting lost in the music, it’s like being in a dream and I’m watching myself from audience. Worst, travel in a snow storm and having to drive from Washington DC to New York in a blizzard.

You had pretty interesting project/fusion "Death metal blues" or "heavy metal funk". Where did you get that idea?
I like all music and I usually don’t go in just one direction, I let myself go with the flow of the song and it will take me where it wants to go.

Where did you pick up your guitar style & what were the first songs you learned? What were your favorite guitars?
I did not get the sound I was looking for using the standard guitar tuning so I began experimenting with alternative tunings, and in 1977 I developed a new tuning for my guitar that I have been using since then. The first song I wrote in 1977 was “Ride With The Wind.”  I never learned to play other people’s songs and to this day I don’t know anyone else’s song. My favorite guitar is my Guild D40 acoustic that I got in 1966 it’s a little worn but I love it.

What's been their experience from “studies” with Col. Bruce Hampton, Ret & which memory makes you smile?
Col. Bruce has been a good friend since 1964, we have lunch together every other week and just being around him makes me smile. 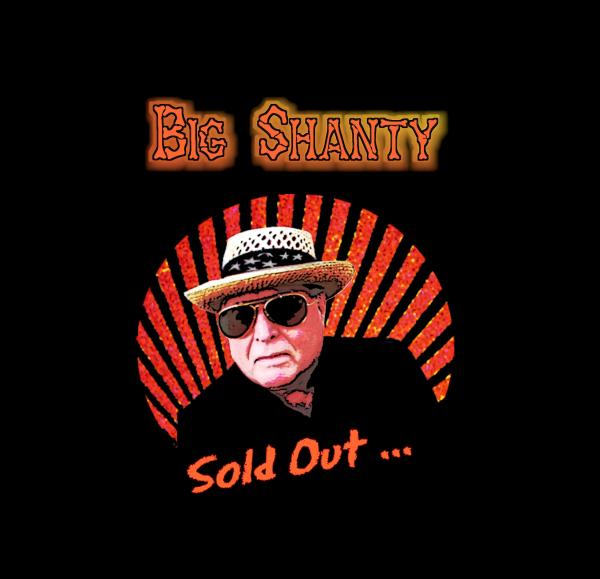 What are some of the most memorable tales from Liz Melendez?

Liz is a wonderful person and a good friend. I love seeing her onstage bringing the house down with her powerful guitar playing. Her life story was filmed in a documentary recently and what an amazing story it is.

Some music styles can be fads but the blues is always with us.  Why do think that is? Give one wish for the BLUES
Blues is expressing your inner feelings without fear of being judged. I wish the blues could be heard by everyone, so they could feel what we feel.

What’s the best jam you ever played in? What are some of the most memorable gigs you've had?
Best jam were in Washington DC with my band at the time “The Polk Street Blues Band” -  Most memorable gig was a benefit for Allman Brothers Band guitarist Dan Toler raising money for his ALS medical treatment, it was inside a huge tent during a tornado alert and massive thunderstorm. Onstage with Jack Hall from Wet Willie, Diane Durrett, Liz Melendez, Ric Seymour and Rick Phillips

How you would spend a day with Neil Young?

I think we’d talk about politics and how to end all war, and how to feed the hungry  people in the world 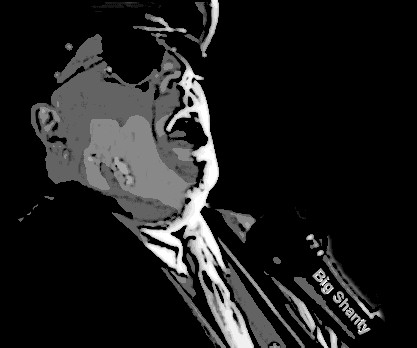 What would you say to Lonnie Brooks?

What advice would you give to Jimi Hendrix?

Jimi, we want to hear more of your music, so don’t do hard drugs

From the musical point of view is there any difference and similarities between the “Muddy’s Blues” & the modern blues?

The equipment to record the music is better, but I don’t think music can get any better than Muddy

Statesboro Blues because of my connection with the Allman Brothers Band and it is the song they started most shows with. And also Layla by Eric Clapton because I was in the studio with him when it was recorded in Miami. 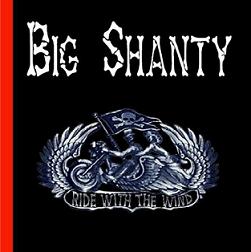 Right Now is my most interesting and favorite time. I was wild and crazy in my younger days, I’m amazed and grateful that I’m still alive and kicking.

My dream is to get another great band together and jam.  Happiness is your own family, they love you no matter what.

Get an education and keep playing while in school, you can do both, and both will reward you in the long run. 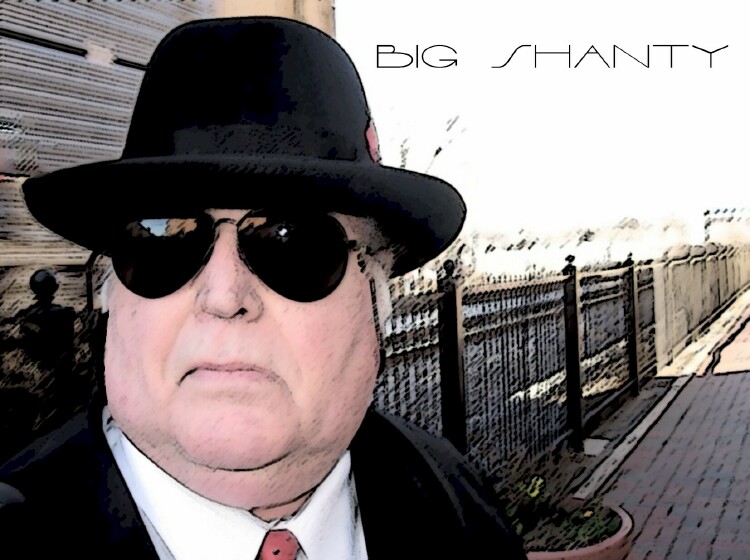