An Interview with blues guitarist/singer/songwriter Steve James: Songs are just a vehicle for expression.

"Some people say I play “Folk Blues” which is correct to an extent; but I think its “Modern Blues” because I’m doing it now."

Steve James is a well known name among devotees of contemporary acoustic folk and blues; this notoriety based on numerous critically acclaimed recordings, a tireless international tour schedule and a sheaf of published work including articles, instruction books and videos. His instrumental versatility (on guitar, slide guitar, mandolin, guitar-banjo) also makes him a favorite at music camps and workshop programs. 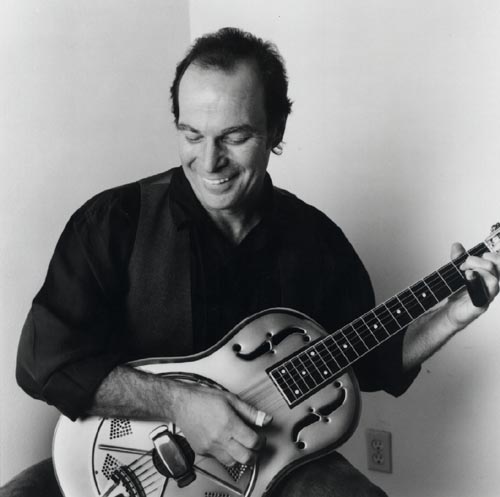 In the studio, his solo efforts have been enriched by musical contributions from fellow travelers Bob Brozman, Bad Livers, Alvin Youngblood Hart,Cindy Cashdollar, Gary Primich, Ruthie Foster, and his frequent duet partner Del Rey. In turn, Steve has recorded with a diverse crew including Maria Muldaur, James McMurtry, Jesse 'Babyface' Thomas and Kevin Russell of the Gourds. He's played live with a slate of blues/roots luminaries including John Hammond, Bo Diddley, Buddy Guy and Howard Armstrong. His original songs have been variously covered by artists from new-folk phenom Ana Egge to folk/blues godfather Dave Van Ronk. Steve has also appeared on numerous compilation albums, including a recent Grammy-nominated tribute to Mississippi Fred McDowell and an homage to Charley Patton to which he contributed both music and liner notes.

I started playing guitar when I was about 12.  There was always blues, jazz and folk music to be heard around my home and in my community ‘cause I was raised around New York City. 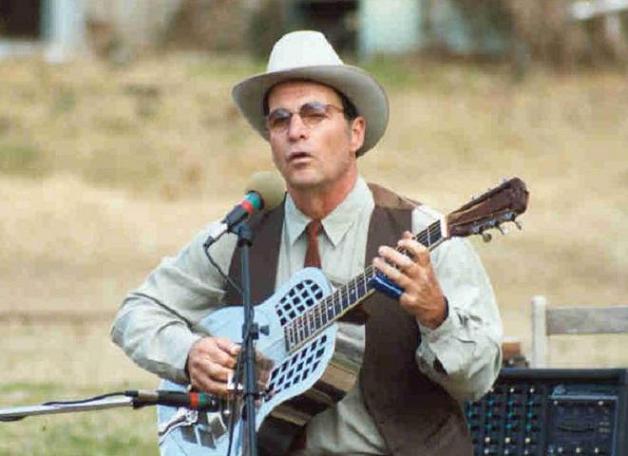 How do you characterize Steve James’ music? What is the music philosophy about your progress?

I call it “Steve James Music”.  I think philosophy is a Greek word, no?  To become a better musician, it’s best to practice as much as possible.

Sometimes what seems like a bad thing turns out to be a good one.  The opposite is also true.  I’ve been doing this for a long time and am very lucky just to be here....Oh yeah.  I got to play with Bo Diddley a couple of times.  That was fun.

I often devise melodies and arrangements while practicing.  As you can hear, the lyrics that follow are usually based on experience.

What advice Furry Lewis has given to you, what was your relationship with him?

“Get your own song”.  He was a real original and encouraged me to try to be the same.

What's been their experience from “studies” with Sam McGee?

I only visited him one time.  He showed me how to play “Railroad Blues” which I still do on occasion. 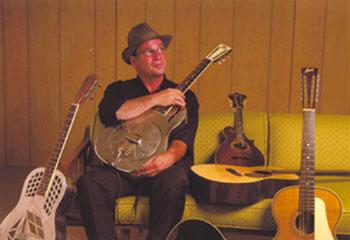 I think it’s today.  That’s because it’s not tomorrow yet.

Songs are just a vehicle for expression.  I’ve heard great versions of “Duck Yas Yas” which is a pretty stupid song, and terrible versions of “Stardust” which is a very good one.  Just remember that the five chords in “Louie, Louie” is a minor and you’ll be alright.

I hardly knew the man.  Very nice guy and good musician.  Wound up playing on his last recording sessions.  As usual, he told me to play my own guitar parts instead of trying to imitate him (which I could do, and was why the producer called me for the session in the first place!  Ha. Ha.) “Blues” is a very broad category of song and style.  I’d hate to have to explain to somebody why Cryin’ Sam Collins is doing the same thing as Savoy Brown...know what I mean?  I’ve travelled all over the world playing blues songs for people who enjoyed them, and have met really good players and singers in some unlikely places.  I guess there’s a little blues in all of us.

It hasn’t changed, really.  We’re still out there doing a relatively large amount of work for a relatively small amount of money because we like what we’re doing.  We’re getting ripped off on the internet now...but it’s just another rip off.  I don’t think things are much different for anyone who works for a living instead of jerking other people’s money around.

C’mon, man!  I been doing this for over forty years; how am I supposed to remember all that stuff?

Of all the people you ’ve meeting with, who do you admire the most? Which of historical blues personalities (dead or alive) would you like to meet?

I can’t enumerate all the people I’ve met who were kind, generous, creative, funny and or dynamic...not all of them were musicians for sure.  I wouldn’t want to meet any historical blues personalities.  They’re dead.

Those are just categories. Some people say I play “Folk Blues” which is correct to an extent; but I think its “Modern Blues” because I’m doing it now.

What is the “think” you miss from the “OLD DAYS OF BLUES”? Do you think the younger generations are interested in the folk roots blues?

Reminiscing about the “good old days” can be a waste of time.  Besides, I was just a kid.  What did I know?  There are lots of young people now who are playing and singing folk, blues and roots music  A lot of it is “under the radar” as they say, but that just means you don’t see it on television...which is another waste of time.

Tell me a few things about your radio show (WEVL), how that came about?

Uh, in 1975 and ’76 I was on the “Board of Directors” of a small public radio station, WEVL, in Memphis and did a show with live and recorded music every Sunday.  We used to work in bingo parlors to raise money for equipment.  Any other questions about that?  They’re still broadcasting, by the way.

What experiences in your life make you a good bluesman & songwriter?

Well, I don’t run around telling people “Hey, I’m a good bluesman and songwriter”. As I said, this is mostly about doing the work.

Are there any memories from “THE ROAD FOR THE BLUES”, which you’d like to share with us?
I'm recalling a single experience from thousands on the road.  One night, as i was driving from Tucson, Arizona to Santa Cruz, California, I picked up a young girl who was walking in the dark by herself in the Mojave Desert west of Kingman.  Her name was Heather.  She was 16 years old, pregnant and trying to get home.  We drove all night, stopping for doughnuts and coffee in Bakersfield and singing along with a classic country radio station.  I dropped her off at a farm near Chowchilla early next morning.

I remember her voice.  Beautiful.

What do you think of Dave Van Ronk? What would you ask of Mississippi Fred McDowell? How you would spend a day with Charley Patton?

Dave Van Ronk was a good friend, and a very influential player and singer when I was “growing up”.  He once recorded one of my songs, which was a pretty big deal for me at the time.

What would I ask Fred McDowell?  “Where the hell did you get those pants!?”

A day with Charley Patton?  In jail, probably.