An Interview with Don Craine of Downliners Sect: The legendary British band of the beat boom era

"Blues music taps into the dreams, sorrows and fears of all humanity and it has provided me with a great means of self expression."

Do it and enjoy it!

Contemporaries of the Rolling Stones and Yardbirds, the Downliners Sect was formed by deerstalker-hatted rhythm guitarist Don Craine in the spring of 1963. Their brash and exciting brand of R&B soon gained them a residency at London’s Studio 51 club where they recorded their first E.P. ‘At Nite in Great Newport Street’. A version of Jimmy Reed’s ‘Baby What’s Wrong’ became the unit’s first single and entered the charts in its first week of release. This was followed by ‘Little Egypt’ which brought international interest, a success they consolidated with a major tour. 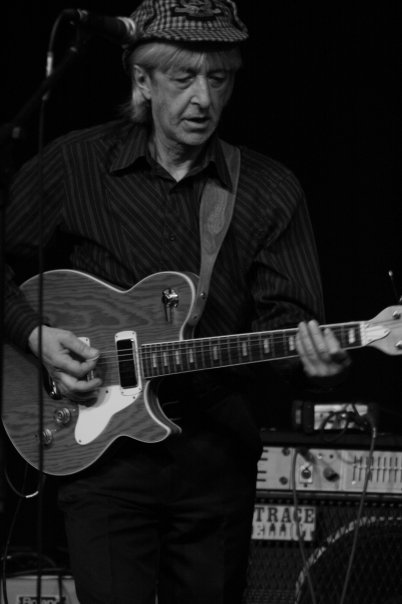 The group went on to record many classic R&B singles as well as three albums, ‘The Sect’, ‘The Country Sect’ and ‘The Rock Sects In’ which is notable for the inclusion of ‘Why Don’t You Smile Now’ which was part-composed by Lou Reed and John Cale. After the release of the Graham Gouldman penned ‘ Cost of Living’, a one-off Pye single ‘I Can’t Get Away From You’ and four studio tracks, the group disbanded.

In the wake of the 1976 Pub Rock/R&B phenomena the Downliners Sect reformed to much acclaim, recording a new single ‘Showbiz’ and reissuing their first album ‘The Sect’, both of which figured in ‘Sounds’ new wave charts. This was followed by the albums ‘Showbiz’ and ‘Live In The 80’s’, a limited edition U.S. single ‘Colour Coded Red’ and the 1989 release of the ‘Yardbird-Downliners Sect’ and ‘Downliners Sect Story’ videos.

In 1998 the Downliners Sect studio album ‘Dangerous Ground’, with guest artists Art Wood, Ray Majors, Sandy Dillon and ‘Horror Master’ Brian Lumley, hit the streets. The dawning of the new millennium saw Don and Keith Grant performing with Thee Headcoats, promoting the release of Thee Headcoat Sect’s ‘Ready, Sect, Go’ album, and the Downliners Sect touring and recording in Sweden, resulting in the release of the band’s latest live album, ‘Burning Snow’, in the spring of 2001. The summer of 2007 saw former Savoy Brown stalwart John O’leary take over the harmonica position, and with concerts and the recording, the Downliners Sect rocks on.The current version of the band has it's roots in the original band with both Don Craine and Keith Grant as the mainstays. Guitarist Del Dwyer is now a long term and well established member of the band. In January 2010 drummer Al Brooks passed away and has been succeeded by Mark Freeman.

I’d enjoyed Blues songs since hearing Lonnie Donegan playing Leadbelly material on stage and record, and watching Georgie Fame and The Blue Flames at London’s Flamingo Club. However, I decided to get involved with the genre after listening to the Cyril Davies Rhythm and Blues Allstars on Eel Pie Island, Twickenham. 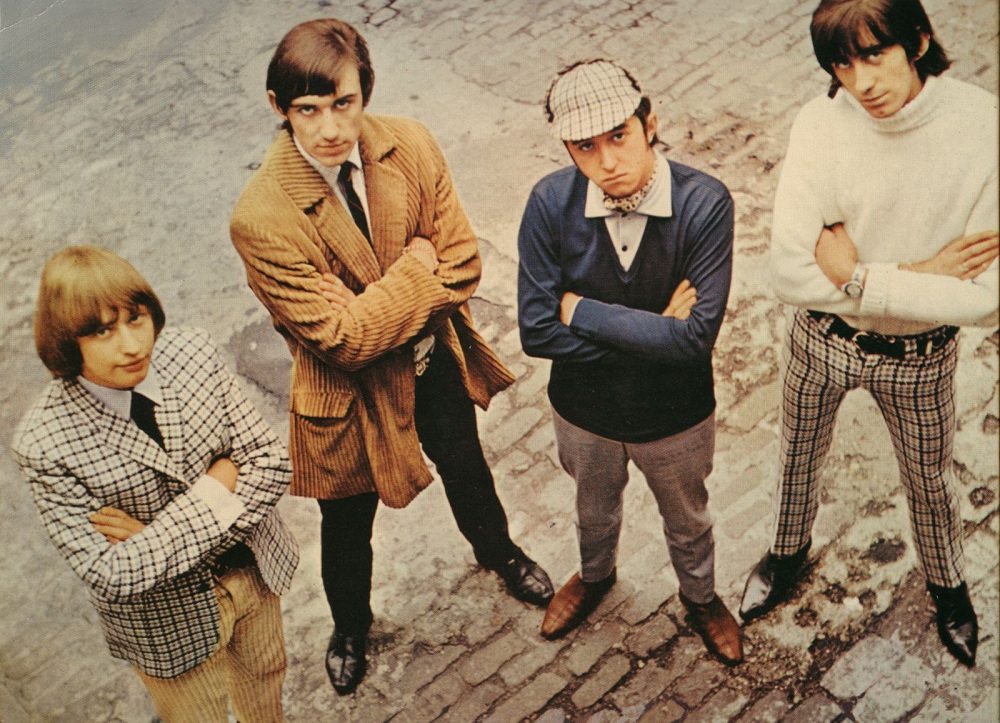 What characterize the sound of Downliners Sect?

My favourite memory is of the Sect’s first huge gig, when we topped the bill at Stockholm’s Ice Hockey Stadium. The fans kept rushing the stage and the police kept stopping the show. All in all, a great night.

How do you describe your philosophy about the blues music?

I think it’s a music form that has universal appeal, and, even when the songs are sad, it makes you feel good.

Do it your way and play because you enjoy it. The world doesn’t owe you a living, and nobody asked you to do it.

What are you thinking when you are on stage?

Mostly I’m just into the music. Sometimes, if it’s a great gig, I think I’m the happiest person in the world. If the show goes badly, however, I wonder why the hell I’m bothering. My best moment was when a 1970’s Rock Star, who shall remain nameless, told me that he had been unhappy at school, and listening to Downliners Sect records had been the only thing that had stopped him from killing himself. My worst moment was when I heard that our drummer, Alan Brooks, had died of a heart attack.

What does the BLUES mean to you, what does offered you & why do you play the blues?

I remember when we recorded a T.V. show rather than an album or single. It was called Five O’Clock Funfare and featured two puppets, an ex folk singer and Alexis Korner’s Blues Incorporated. The guests included the Downliners Sect, obviously, and a troupe of performing chimpanzees. A baby chimp rode a unicycle around the studio, before being joined by a unicycling adult female. All was going well until they were joined by an adult male that cycled half way around the room before leaping off of his vehicle and attacking a cameraman. The trainer apologised and restrained the offending simian, and they went for Take Two with the same result. As it turned out, the big bad chimp hated the unfortunate crewman’s red hair. In the end they put someone else on the camera, which I thought was a little unfair, and the rest of the show went without a hitch. But even today I can’t picture the chaotic scene without giving a little chuckle. 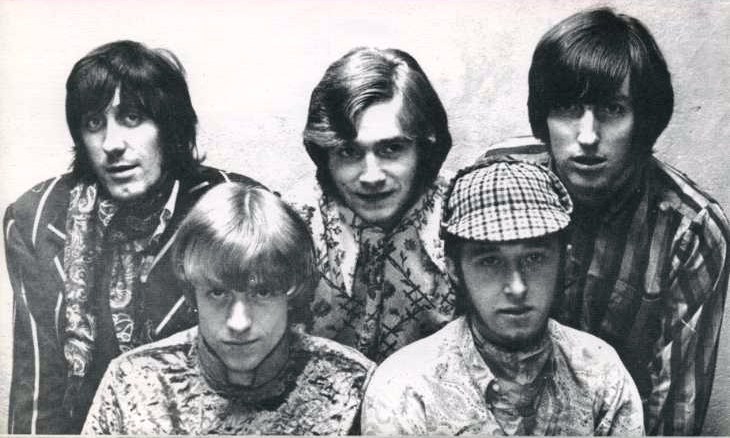 I feel fortunate to say that my whole life, so far, has been interesting. Since 1963 there has nearly always been something going on for the Downliners Sect, and over the years there have continually been projects to work on and bands to play with, including the British Invasion Allstars, Thee Headcoats Sect, Art Wood’s Quiet Melon, the Eel Pie Allstars and the Ambulators. In my personal life, things have sometimes been exciting, occasionally disastrous, but always interesting.

I would like to have met Muddy Waters. He was a wonderful songwriter and performer, and always seemed like a decent human being.

I learned the most about Blues from a schooldays friend named Ian Feast. He told me about the likes of Big Bill Broonzy and showed me how to play acoustic Blues guitar licks. We remained friends until his death a few years ago.He left me his brilliant hand-made guitar, which I shall treasure for ever, along with his memory.

That’s a tough one, I’m not big on admiration. If pushed, I’d, probably, say the Stone’s  Ronnie Wood. For all of his fame and money, he’s a kind and generous man who’s willing to get up and join the party. 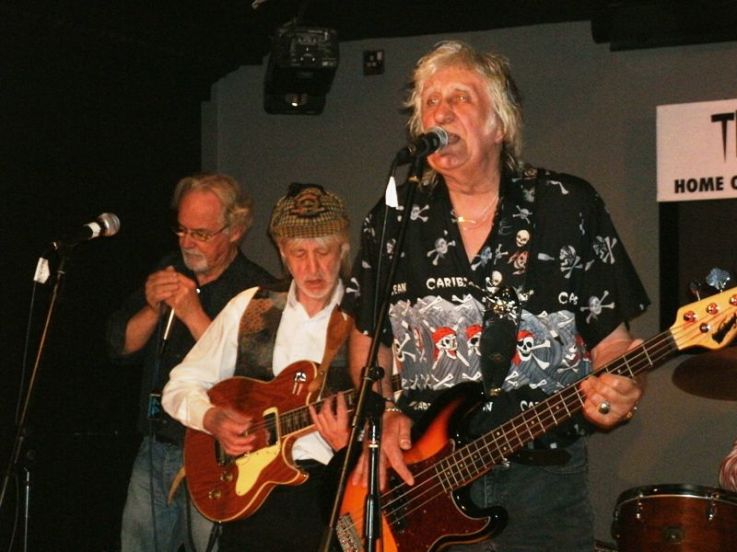 The Downliners Sect’s 2004 Las Vegas gig was a craic, and Keith and I playing Tokyo with Thee Headcoats, as Thee Headcoats Sect, was real fun.  In the sixties I enjoyed a tour we did with Memphis Slim, the Graham Bond Organisation, Long John Baldry and the Hoochie Coochie Men, Rod Stewart, and Jimmy Powell and the Five Dimensions. Tales from that outing would fill a book. Recording with the British Invasion Allstars, featuring members of the Downliners Sect, Yardbirds, Pretty Things, Procol Harum, Pirates, Creation, Jimi Hendrix Experience and Nashville Teens was most enjoyable, and putting the Mostly Sonny album (a tribute to Sonny Boy Williamson) together, along with members of the Sect, Savoy Brown, Mott, the Kinks, Fleetwood Mac and Peter Green’s Splinter Group, produced some of the best Blues that I’ve ever been associated with.

Blues deals with situations and feelings that everyone can identify with, and the music is, or should be, basic and emotive. What could be better? 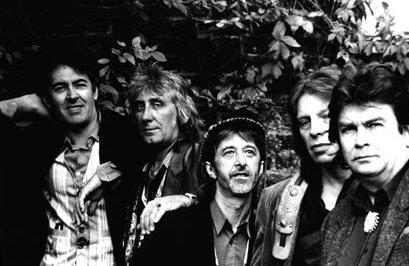 Although the popularity of the Blues in the U.K. has never returned to the heights it achieved in the 1960’s, the music has continually inspired new artists and attracted new followers and it’s great to see young performers playing excellent sets in the clubs and at festivals.

Would you mind telling me your most vivid memory from the British blues boom at 60s?

My most vivid memory is of the time Chuck Berry came to see us, at the Studio 51 in London’s Soho, wearing a black beret. In the middle of a song, one of the fans whipped off Chuck’s headgear to reveal a hairnet, much to the amusement of the crowd, and the annoyance of Mr. Berry.

How has the blues music changed over the years since you first started in music?

Like all forms of music, Blues has changed over the years. Sometimes it has become too self obsessed and indulgent, and then a new artist, or band, will return to basics but with a twist, and the Blues is reborn. 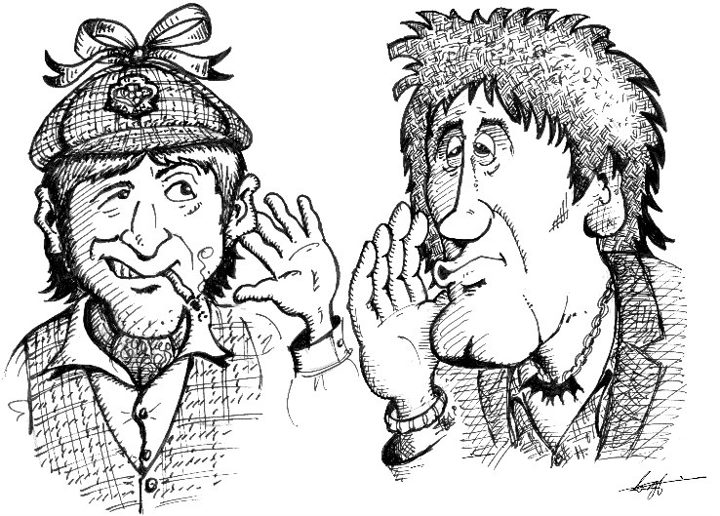