An Interview with drummer Kofi Baker, son of legendary Ginger Baker: The Cream is my ideal band

"Drums mean everything to me as they allow me and music allows me to express myself."
Kofi Baker: Drums Experience
As the son of legendary drumming icon Ginger Baker, Kofi Baker has a name that’s synonymous with drumming excellence. And Kofi lives up to his name; with his outstanding skills, drive, and dedication he continues the great Baker legacy. 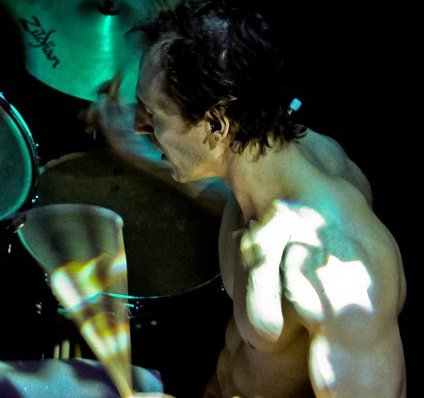 Kofi's first live performance was with his father on the UK television show "The Old Grey Whistle Test" - at just six years of age he proved he had inherited more than just his fathers name.

During the 1990's Kofi toured with Jack Bruce in Budapest; signed with Scotty Brothers Records when he recorded the album Lost City; recorded Abstract Logic with Jonas Hellborg and Shawn Lane; and toured extensivley - including more drum duets with Ginger Baker.

Kofi is now living in Orange, CA. Kofi Baker's Cream Experience is his latest inspiration - a powerful trio that rivals that of Cream.

Kofi, when was your first desire to become involved in the music & who were your first idols?
My desire came at the age of three when my father taught me how to play.  My first idols came later on in life when I first heard Frank Zappa and all of his drummers, especially Terry Bozzio. 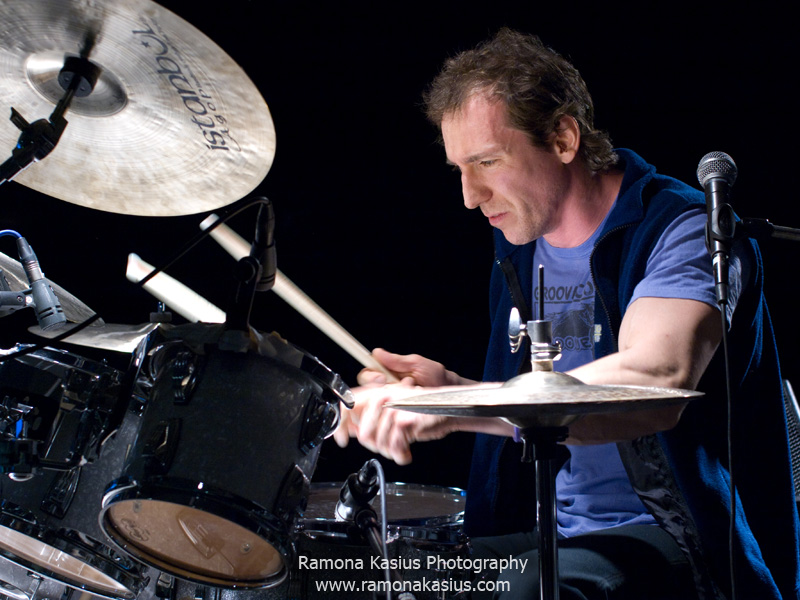 Are there any memories from "The Old Grey Whistle Test», which you’d like to share with us?
Not much I was only 6, just remember running off the stage when all the people started running in.

What does the DRUMS mean to you & what does music offered you?
Drums mean everything to me as they allow me and music allows me to express myself. 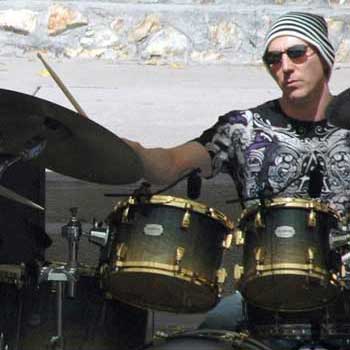 Do you think that your music comes from the heart, the brain or the soul? What characterizes the sound of Kofi?
I believe it is a combination of all three as my sound is a mixture of my Dad's style and the modern drumming style.

How would you describe your contact to people when you are on stage?
I feed off the audience when I play, the more the contact the better I play.

Which was the best moment of your career and which was the worst?
They are all great, nothing is bad when I am playing the drums

Which artists have you worked with & which of the people you have worked with do you consider the best friend?
Ric Fierabracci is by far my best friend, and the best bass play I have ever worked with.

Tell me about the beginning with Pressed Rat & Warthog. How did you get together and where did it start?
Well the band name changes as the player change, I am calling it Kofi Bakers cream experience at the moment, it all started after seeing my dad play in New York in 2005. What are some of the memorable stories from gigs, you've had with Ginger?
when I was 15 years old I had to play a show with my dad to make the $ to get back to England from Italy where I was staying with my dad, I was so sick I could not play, so my dad gave me some cocaine, after taking that I played my ass off, I never forget that day, but have never taken cocaine ever again.

How difficult is for you to “carry” this name in the music business?
My dad’s has pissed off so many people in the music bizz it keeps coming back on me , other than that it is not hard when people see me play , they say I am better than him . 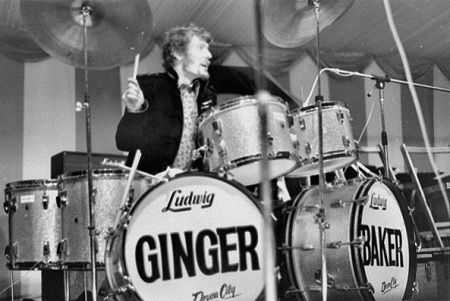 What advice your father Ginger, has given to you?
The best advice he has given me is to play wot you feel and be relaxed when you play.

Describe the ideal BAND to you? How do you characterize your sound?
I like jazz and I like rock so jazz rock, just like cream is my ideal band.

From whom have you have learned the most secrets about blues music?
Steve Marriott

In which songs can someone hear the best of your work?
I like the cd I did with Rick Fierabracci and Brett Garsed call tapestry, it was done in 2001 but I still like it. 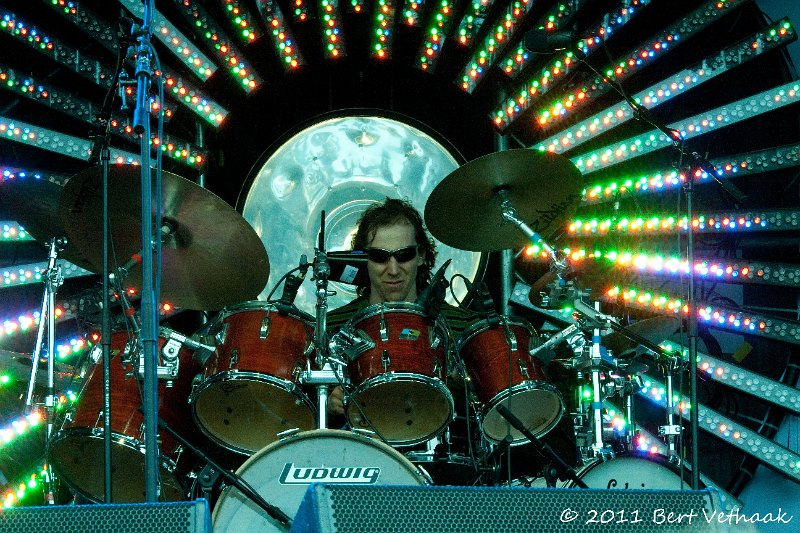 How did you first meet Jack Bruce? What kind of guys is Jack?
I meet jack when I was very young so young I can’t remember, but he is a very cool guy.

Do you have any amusing tales to tell of your gigs with Jack Bruce?
The 1st gig I did with him was in hungry, and after the show I put all the $ I got played and all my stuff in one bag , well someone stool the hole lot , not that amusing but the gig I remember the most .

I wonder if you could tell me a few things about your experience with Randy California. Of all the people you’ve meeting with, who do you admire the most?
Randy was a great guy but did not spend that much time with him , and really I admire a lot of the people I have worked with , but Steve Marriott was one I learned the most off . 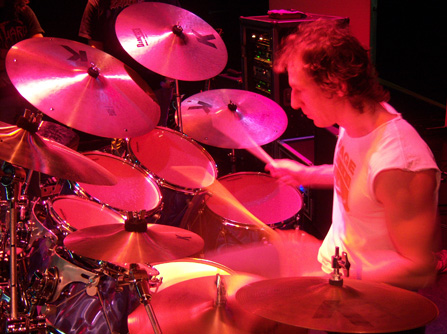 What are some of the most memorable jams you've had? When did you last laughing in gigs and why?
Last Saturday I had so much fun playing I was laughing a lot, Rick Fierabracci is such a good bass player he makes me laugh.

Which of historical music personalities would you like to meet?
I know it is not really blues but I would have loved to meet Frank Zappa.

Do you remember anything funny or interesting from the lessons time?
I am always learning and it is always interesting.

What advice would you give to aspiring musicians thinking of pursuing a career in the craft?
Do it for the music not for $ 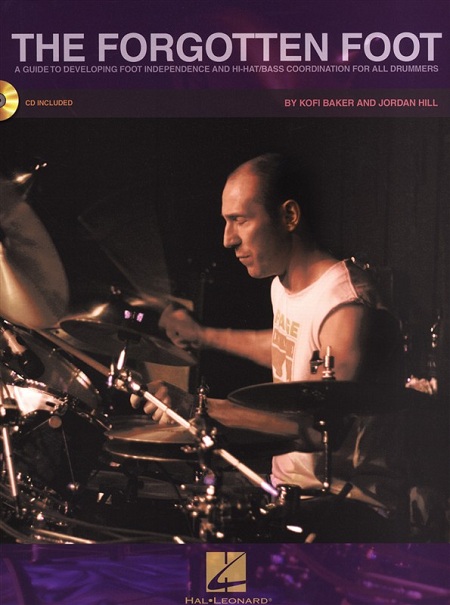 How easy is it to learn drums from books? , "the Forgotten Foot" how did this book come about?
My book makes it very easy, after teaching for 20 years I have learned how to make it easy, that is why I did my book .

Who are your favorite blues artists, both old and new, what was the last record you bought?
Steve Marriott again, I don’t buy records any more as I am playing so much now.

What do you think about ROCK music & how close are to BLUES?
It is all the same to me; I love music and think you need to learn all of it.

What are your plans for the future & do you have a message for the Greek fans?
Just to keep playing and learning, and I hope to see all my Greek fans very soon.

What turns you on? Happiness is……
Happiness for me in plays the drums with great music, so I am very happy at the moment. 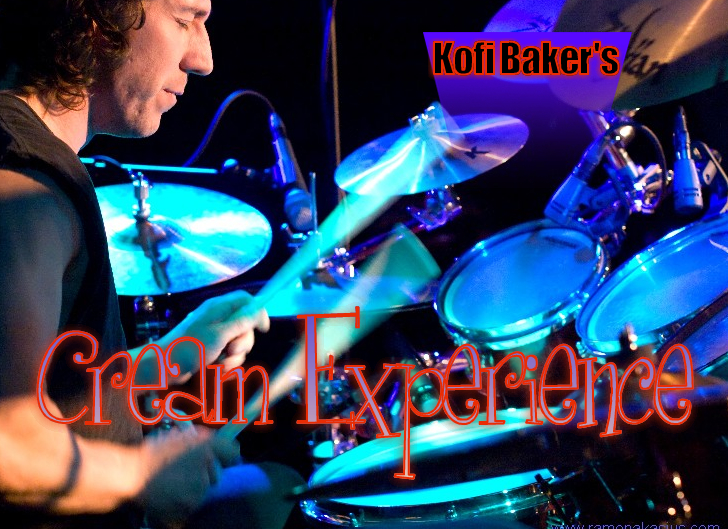