An Interview with guitarist Al "Huricane" Spears: Blues is what you feel not what you hear

"Blues is a feeling, we all have feeling all the time whether they are bad, happy etc."

Al Spears is a working Chicago blues musician currently playing guitar with, Twist and Groove Machine, and until recently with the Chicago Blue-Dadds. Whether backing up another local musician or playing in a band, he can often be spotted at various Chicago and suburban clubs delivering a slow blues groove or an explosive thundering guitar solo. Al Spears has earned the respect of his fellow musicians as a friendly, reliable craftsman who knows his way around the fret board. For Hurricane, the blues is a way of life. He began listening to old 78s as an early child. He picked the guitar in the early 90s, and just kept playing. He began playing some of the local blues jams at Carter’s Place in Lockport, and the Harlem Avenue Lounge in Berwyn after working his full time job.
He’s developed a strong style that could be described as a mixture of jazz and blues with an edge. Hurricane has shared the stage with some of Chicago’s finest musicians, including Toronzo Cannon, Lurrie Bell, Mike Wheeler, Billy Branch, Johnnie Drummer, Aron Burton, Jimmy Dawkins, and Lonnie and Ronnie Baker-Brooks.
Hurricane is a family man, raised on corn bread, collard greens and black eyed peas. He recently retired from his fortune 500 job, and is enjoying life as a Chicago blues musician.
Hurricane works hard to keep the blues art form alive. He operated three of the longest running blues jams in the western suburbs, in an effort to keep this great music in front of the public. He still plays quite a few shows in the Chicago area.

Al, when was your first desire to become involved in the blues & who were your first idols?
Music always did something to me internally, but it wasn’t until I was in Manhattan, New York that I got hooked! My cousin and I just happened to stumble into this little speakeasy club and it was this guy “Ronnie Earl”  playing some stuff like I have never heard before with no vocals. I was hooked after that!
So I guess Ronnie would be the first, but a whole host of others like Buddy Guy, Magic Slim, Carl Weathersby, and of course the 3 Kings ( Albert, BB and Freddie). 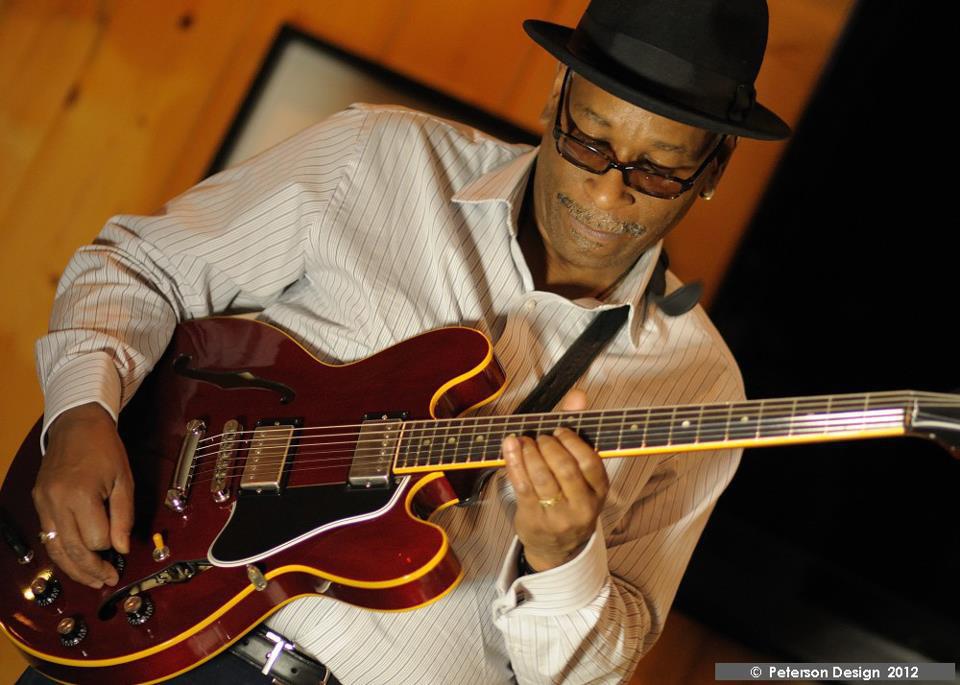 What was the first gig you ever went to & what were the first songs you learned?
The 1st paying gig I did was at a place in Chicago that was owned by Isaac Hayes, or at least the place was called Isaac Hayes Supper Club.
I think the 1st song I learned how to play was a Christmas Song. Silent Night.. Then the usual Smoke on the Water lol.

What characterize the sound of “Hurricane?
Soulful with a little bit of gritiness

How do you describe you philosophy about the blues?
It’s what you feel not what you hear

Do you remember anything funny or interesting with the Twist and Groove Machine, and the Chicago Blue-Dadds?
Ha, yeah I did a gig with Twist and the Groove Machine at a very elite club in Chicago. It was sorta like the  scene at the end of the movie Dirty Dancing where everybody was just sitting around and not really paying attention to what we was trying to give em musically. Twist has a knack for getting the crowd into it. By the 2nd song the minks came off and the dance floor was full. LOL 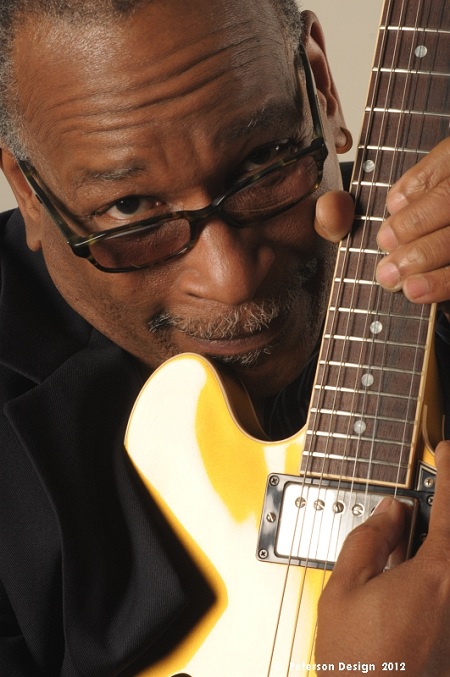 What are some of the most memorable gigs and jams you've had?
I try to learn something every time I strap on my guitar.   The most memorable jam was “ The Worlds Greatest Blues Jam” that I hosted at Cool River Draught House in Homer Glen with the Machine. It was owned at that time by Mike Marachich who was crazy about the blues. That was the best well known blues jam in Illinois.

Do you have any amusing tales to tell from your meet with all those great musicians: Billy Branch, Johnnie Drummer, Aaron Burton, Jimmy Dawkins, and Lonnie Brooks?
Not amusing, but they all were very humble and would share their real experiences with me.

What is the best advice a bluesman ever gave you?
Lose the pick and use your thumb to play the guitar.

Some music styles can be fads but the blues is always with us.  Why do think that is?
Blues is a feeling, we all have feeling all the time whether they are bad, happy etc. Give one wish for the BLUES
KEEP THE BLUES ALIVE

What turns you on? Happiness is……
LOVE , PEACE AND GIBSON GUITARS

From whom have you have learned the most secrets about blues music?
Can’t  tell you that it’s a secret

Which memory from Maxwell Street makes you smile?
Seeing folks dancing in the street with their Sunday fits on.

What advice would you give to aspiring musicians thinking of pursuing a career in the craft?
Stay right sized! Not better than or less than your fellow musicians.