An Interview with harpman/ singer Brad Hatfield: I just want the blues to be better understood by the mainstream

"I've heard it said that it takes 10 minutes to learn the harmonica, but 20 years to master."

Singer, songwriter and harmonica player Brad Hatfield is a Cincinnati, Ohio blues artist. Born from the blood of a blues man, he's been bathed in the blues since birth. He picked up the guitar at the age of 10. But at the age of 25, his tragedy to triumph story began. After being seriously injured in a construction accident, he was left paralyzed. Because of the limited use of his hands due to paralysis, playing guitar was now a thing of the past. After a lengthy rehabilitation to get the most out of his body and mind, he was now in search of another instrument to channel his creative outlet. The harmonica became that instrument. Although he didn't start playing harmonica until his early 30's, he has now achieved a skill level enviable of most lifelong blues harp players.

Adding to his skill set, and arguably more notable than his harp playing, is his incredibly soulful voice. He has the stuff that blue-eyed soul legends are made of. He is often compared to the likes of Johnny Lang, Bobby Bland and Joe Cocker.

Now with his new CD, "Uphill from Anywhere", he's ready to show the world what they've been missing. Backed by a seasoned group of veterans, the album reveals many facets of the blues. Drawing from his vocal inspirations, Brad delivers one growling, soulful performance after another. From the riff driven downbeat of the opening track “Witness to My Misery”, to the haunting a cappella field holler closing track “John the Revelator”, there’s something here for all types of blues fans and beyond. Blues lovers will be proud to tell their friends that they found him first.

Brad, when was your first desire to become involved in the blues & who were your first idols?

I was raised around blues music by my father, Bernie Hatfield, who plays organ and piano on the CD. But I didn't become truly enthralled in the blues until  9 or 10 years ago when I first started to play harmonica. Muddy Waters and Elmore James were my first influences. Elmore James for his singing and Muddy for just being the king of cool! 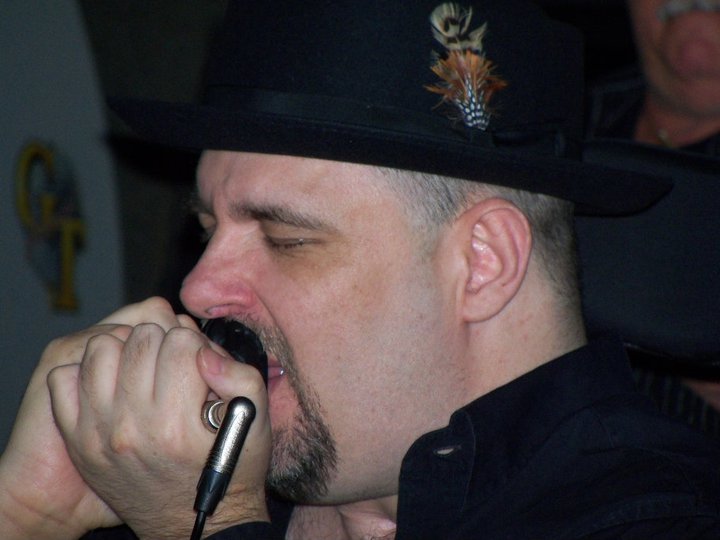 I attended local open blues jams for almost a year before I got over stagefright enough to get up and play. But when I finally did, I was hooked! The first harmonica stuff I learned was Sonny Terry. I was really into the acoustic thing at first.

What characterize the sound of Brad Hatfield?

Truly honest expression! I've always felt lucky to have fallen in love with this genre of music simply because it lets me do what I want to do, explore soul.

My most memorable gig was the first time I ever played a festival. It was the Cincinnati Blues Festival. I was really nervous because I had never played in front of so many people, much less a crowd of avid blues fans. But we did well and the crowd had a great time. 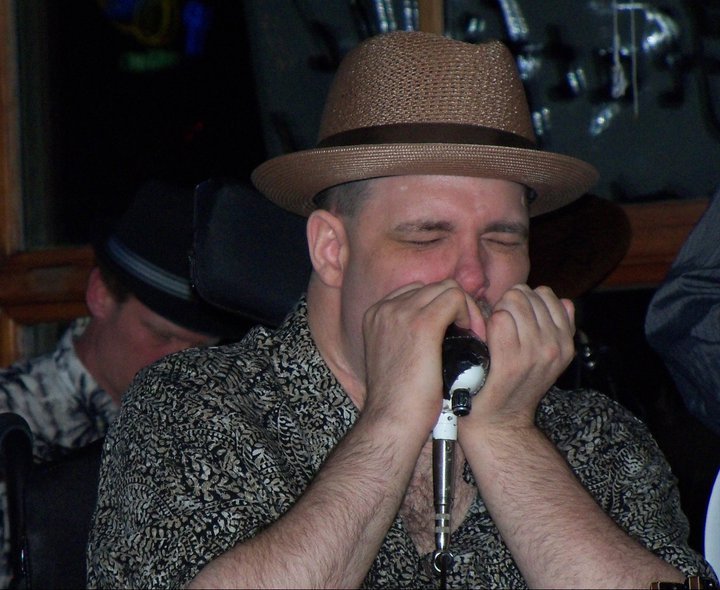 I just remember feeling honored to be working with such a great group of knowledgable musicians. They all understood and agreed on what would be best for the project.

Why did he think that The Blues continued to generate such a devoted following?

My father always told me that no matter what genre of music you do, if you do it with soul, it will sell. What's more soulful than blues? I think blues has the potential to be bigger though. Many people have a narrow view of blues. They see it as the old black man sitting on the porch with his acoustic guitar. While that is one aspect of the blues, there is a whole range of other blues all the way up to high energy blues like say, Walter Trout for example.

Blues has offered me a chance to do exactly what I want to do, perform. At the same time, it's a little scary because there is no 2nd best thing that I want to do. 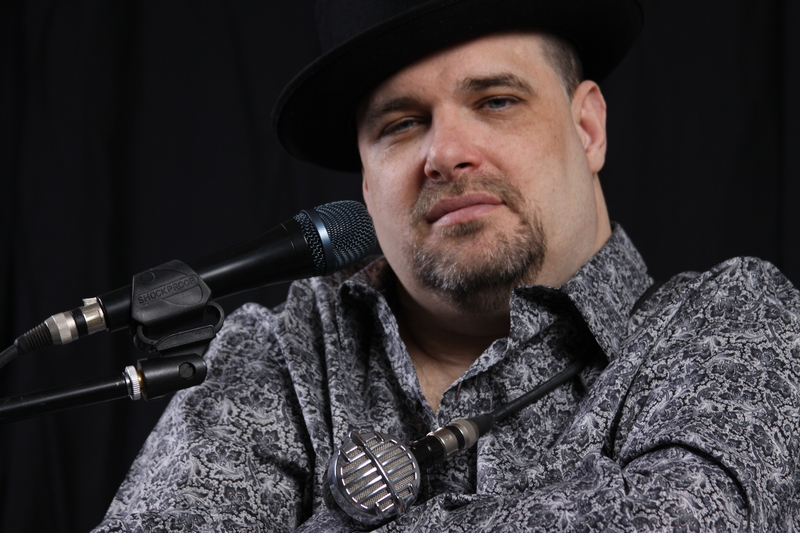 I've learned that I've had alot more worthwhile experiences that people can relate to than I thought.

It would be hard to choose one, but I'd love to hang out with Muddy!

Actually, I always try to laugh at my shows. It reflects on the crowd and makes for a good time.

Definately my dad. He has the most incredible ear for true soul. You can't get anything by him that isn't genuine. Since I was a kid, he would actually point out parts of songs he deemed soulfully pleasing, in all kinds of music. Things that I otherwise would have missed. Yea, he's cool like that!

The one thing I always hear coming from the greats is to "fit" in with the band. I couldn't agree more.

I just want the blues to be better understood by the mainstream. If that happens, all other successes will follow.

Unfortunately, I think alot of people give up on learning an instrument early on. When learning an instrument, you soon get to a point where you say to yourself, "Hey, I'm getting pretty good at this". That's when it starts getting fun!  Also, diversify your listening tastes, but follow what calls you. Whether it's Muddy or Metallica, 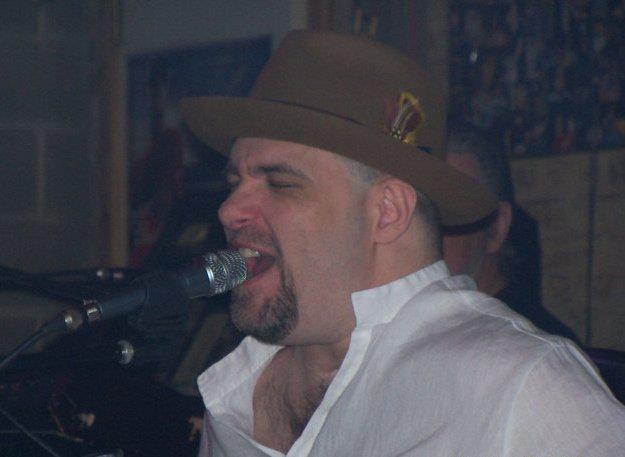 Do you know why the sound of harmonica is connected to the blues? What are the secrets of harmonica?

I suppose the harmonica became engrained in the blues early on because it was portable and affordable for the poor people who first developed  blues music. It's an excellent instrument to contrast guitar. The biggest secret of the harmonica is that it's not as easy to learn to play WELL as most people think. I've heard it said that it takes 10 minutes to learn the harmonica, but 20 years to master. I'd say that's pretty much the truth.

As with most songwriters, my songwriting inspiration comes from events in life. It's always amazed me how far a story can be taken from just a moment in time. I've always liked the songwriting of Delbert McClinton and Keb Mo. They both know how to portray a clear picture of the common man. 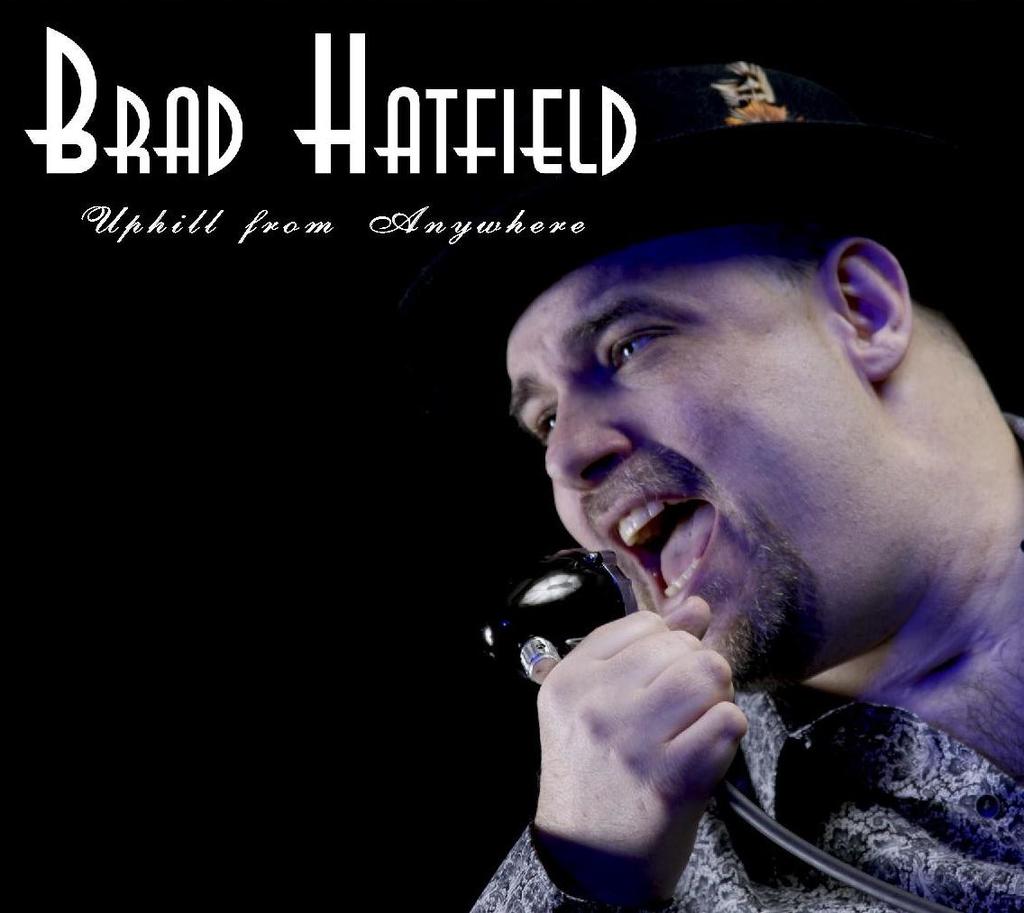