An Interview with Homemade Jamz Blues Band: The Youngest Blues Band in America

"The feelings and stories of the past are something that I would have loved to experience."

Homemade Jamz Blues Band got its start in Baumholder, Germany, when military dad Renaud Perry came home with a Stratocaster replica (guitar) and young Ryan, discovered it. A week later, Ryan composed a short instrumental tune and performed it at his school’s talent show.  By the time the family returned to Tupelo, Mississippi, Ryan had found his passion…music. 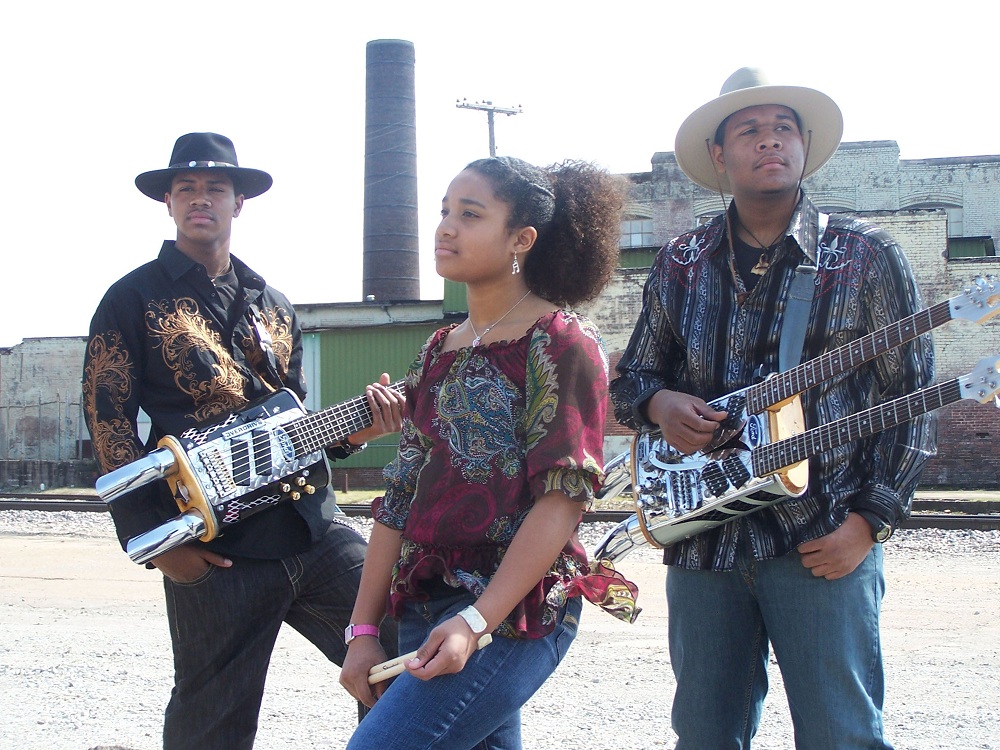 After listening to B.B. King, Albert King and Stevie Ray Vaughan then trying his best to emulate them Ryan emerged a blues artist with skyrocketing talent. Two years later, little brother Kyle, wanted in on the action.  After first trying piano, Kyle settled in on the bass learning for himself the nuances of the instrument and its role in the blues sound. Soon he was out on the concert circuit performing with his brother. Not long afterwards seven-year-old Taya locked in on the blues vibe. Already playing tambouring, Taya situated herself on the stool behind a drum set and in two months was holding down the beats behind her big brothers Ryan and Kyle. Ryan’s gruff vocals, visceral stinging guitar licks, Kyle’s solid rumble and Taya’s cool-bare-footed stomp have electrified millions around the world.  Making Homemade Jamz Blues Band “a trifecta” in the blues world!

The Homemade Jamz Blues Band performs the blues with the confidence of knowing their Mississippi history, firsthand, redirecting the love, hard times, betrayal and strife into their music. How do they do it? They “connect” with the ancestral sounds…it are hardwired within them. They know the blues…it comes naturally from their souls. The HJBB are: Ryan Perry (19) vocals/guitars, Kyle Perry (17) bass and Taya Perry (13) drums.

It started as just another way to have fun for me. I found my dad’s old guitar and just started learning at 7 years of age. Later my brother and sister wanted to join in, and that’s how we started! What characterize the music of Homemade Jamz Blues Band?

Our energy and connection on stage, as well as the area we live in characterize the music. We live only a few hours from delta, Memphis, Muscle Shoals, black prairie and Mississippi hillcountry blues influences, and we combine them all into our own unique sound.

I think one of the best moments of our career was the time we met B.B. King for the first time. He gave us all advice and sang a song with us on stage! We are currently going through some rough times this year, as our parents got a divorce this summer. We don’t know what will happen in the near future, but we are taking things slow and are hoping for the best.

What do you learn about yourself from the blues music? What does “The Blues” mean to you?

The blues means a lot to us. It is a part of our culture as African Americans that should be expressed as much as possible. It simply means “Freedom” in many ways. I have learned that everyone has problems, and the blues can help you solve them!

Tell me a few things about your Homemade instruments, how that came about?

Our instruments are made from car parts. The body is from a muffler, the volume and tone controls are lug nuts, and there are many other parts of the guitar that came off of a car. It was our dad’s (Renaud Perry) idea to build one. 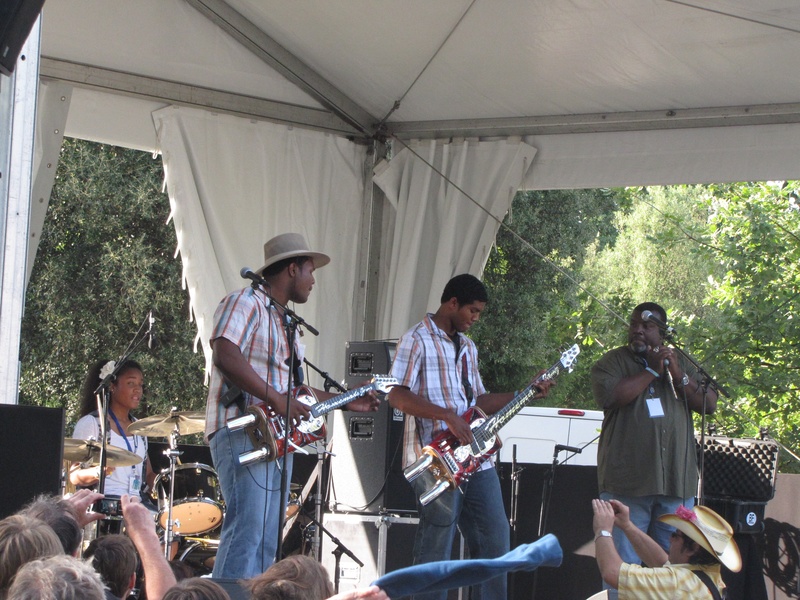 There was one time when we were playing on stage, a woman kicked off her shoes and started stomping on the ground. It was very funny! We also were stuck at an airport for 3 days because of cancelled flights. Ryan was able to write a few good songs from that experience.

Now would probably be the most interesting period because of what we are going through this year with our parents’ divorce. So many changes are going on that it is difficult to settle in.

What experiences in life make a GOOD musician and songwriter?

I would have to say that just living your life makes you a good musician and songwriter. You will have many troubling times and they will get you down, but if you just hang in there it will get better…then you can write good songs and play powerful, emotional music.

I am now writing lyrics for my next album as we speak. I get my inspiration from my personal experiences, most of which happened this year.

There is a local musician and friend by the name of James “Jabo” Harris. He taught me almost everything I know about the blues, and how to feel what I am playing. I have also learned a lot from watching other blues musicians while on the road. B.B. King once told me “Don’t settle for being a good BLUES musician, be a GREAT all-around musician”.

Some music styles can be fads but the blues and soul are always with us. Why do think that is?

We feel that is so because it is raw, emotional music that never loses its meaning. There will always be someone who can listen to it and have a connection somewhere.

I did a jam in Romania a few years back. It lasted until 4am! I got to play with some of my friends that also came and we had a great time! Any place overseas is always a very memorable experience for us. We have had amazing crowds and experiences in Canada as well. I believe the gig we played with B.B. King would be the most memorable for us.

What is your “secret” music DREAM? Which of historical music personalities would you like to meet?

We would all love to win a Grammy award in the blues category. I am not so sure of present personalities, but past personalities would include R.L. Burnside, Junior Kimborough, Willie Dixon and Howlin Wolf.

What is the “feel” you miss nowadays from the blues scene of past?

I wish I could go back in time so I could walk in a bar to see Muddy Waters or John Lee Hooker play live. That would be a dream comes true. The feelings and stories of the past are something that I would have loved to experience. 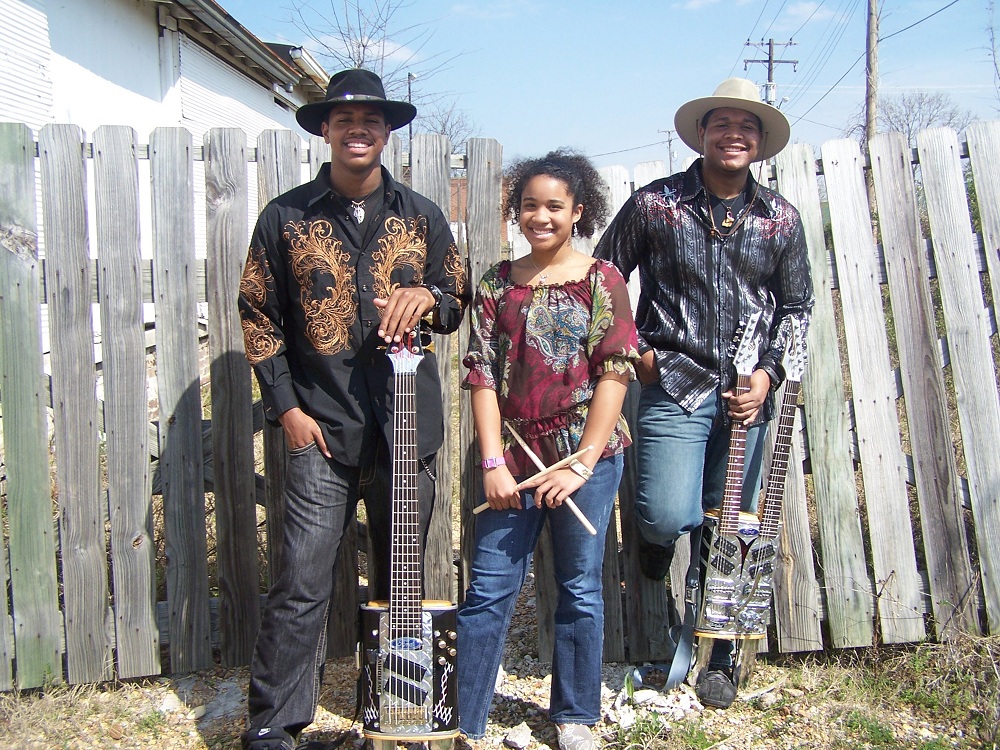