An Interview with Huston blues guitarist Leo Aston: My music comes from every part of me, and then some.

"The Blues means a sense of loss to me."

Leo Aston: The Thrill is Gone

The Leo Trio are, Leo Aston on Guitar and Vocals, Bella Adela on Bass and George Nuñez on Drums. Leo has been playing blues since he saw Albert King in London in 1990. He moved to the States permanently in 1999 and has played in several Houston area bands before moving to New York City and started his own project, playing at Kenny's Castaways, on Bleeker, twice a week for several months and opening up for the Smithereens and Willie Nile at Kenny's Castaways 40th anniversary in '07. He moved back to Houston shortly thereafter and put a new trio together playing all over the Houston area.

Several band member changes later, a CD, "Have You Heard" and a music video of the song "Don't", along with a slot at the Houston International festival in '11, find the Trio going strong with a new CD in the works.

Bella Adela is a rock star in the making! She plays like no other, which fits right in with George and Leo, cuz they do the same! Her capacity for music, understanding, capturing, harnessing and unleashing a groove is second to none. She is a busy woman with many outlets, each one demanding in focus which Bella rises to every time. Jeesh, can we say anymore awesome things about her? Sure we can We love you! She'd like to thank you all in person and will do right after she melts your face off!!

George Nuñez grew up in D.H., living around the crazy people there when one day he heard Stevie Ray Vaughan. This experience turned him from a hard core punk rocker into a blues enthusiast. From then on he decided to expand his mind to everything else in the blues spectrum, be it funk, blues, soul and R&B.  He played in the Dropkick Chihuahuas for about 10 years but now he thinks he found his true calling. He has Leo, his family and himself and the blues spirit, which will carry them along with the help of their fans. He loves road trips to the Texas Hill country, the Valluco, and to Mexico (before it went to hell), and loves to people watch. George says, “There ain’t nothing wrong with a good cold beer, no matter the brand. Yee haw. Y asî es la calabaza.”

The blues are not simply a format or style. They are part of the human condition. This Trio own it.

Leo, when was your first desire to become involved in the blues & who were your first idols?

When I was almost 20, I heard a man play some blues on my acoustic guitar.  I was instantly bitten by the bug.  I never really idolized anyone, but my first influences were Muddy Waters, Albert King and Eric Clapton.

The first gig I went to was Albert King in London in 1990. I was front and center. His spit hit me in the face as he sang I was that close. First Blues song,  (I’m just a) Bad Boy, long long way from home, by Clapton. 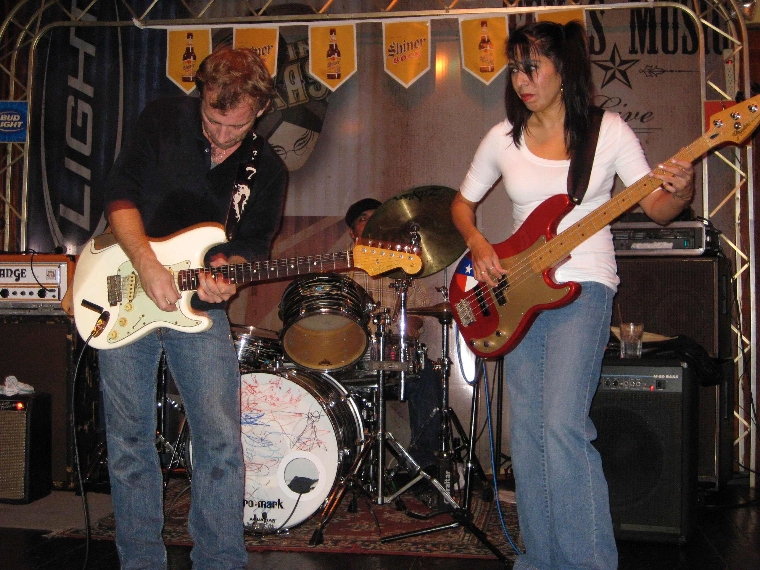 That’s a hard one to answer. Most recent best moment is my last gig in front of all my fans and friends, Billy Gibbons, and family. My worst, the same gig, as I had lost 4 pints of blood and could barely stand during and at the end of the gig. Side effects from chemo therapy, as I have pancreatic cancer.

I am inspired from my life’s experiences, writing skills I learned from the Beatles, Cat Stevens, Bob Dylan, Lightnin’ Hopkins, Freddie King and JJ Cale mostly, but there are others.

My originals, take your pick.

Not really. I found that the standards are great to learn and hone skills, but I have heard them too many times done badly to get excited about them with one exception, Thrill is Gone by BB. Minor songs have a way of never getting old. 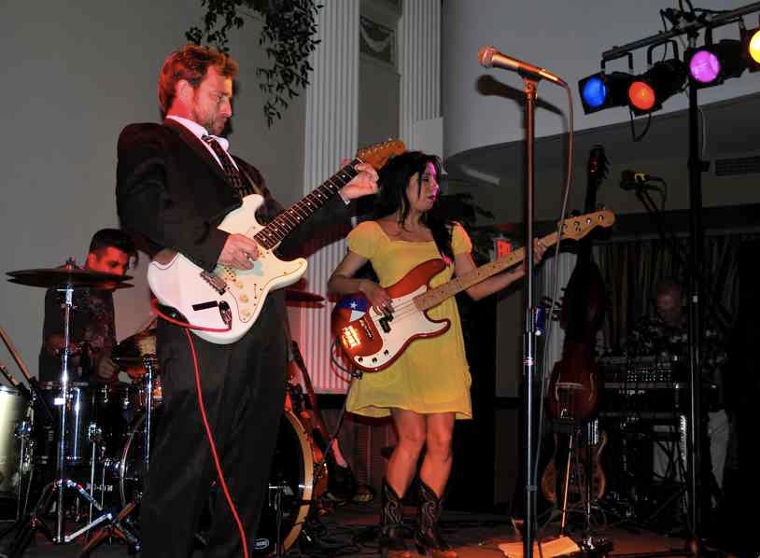 My music comes from every part of me, and then some.

The Blues means a sense of loss to me.  Blues music can be confused with blues format, ie, 1-4-5. For example, SRV’s Pride and Joy is not a Blues song for me but is in a blues format. Freddie King’s Have you Ever Loved a Woman has both elements. Nillson’s I can’t live, if living is without you is a blues song without the format.

What has the blues offered me? If you are talking about the music, then it has offered me a chance to express myself, a channel  for my experiences. I connect with them more than any other form of music although I enjoy and listen to all kinds of music.

Loving life and giving it everything I’ve got, as much of the time as possible. 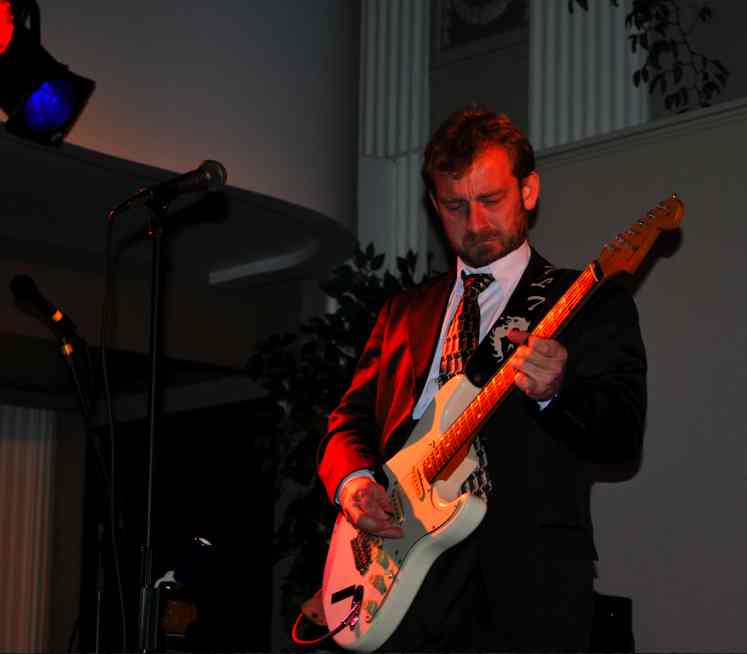 I love recording, especially when it comes together naturally, I find I can lay down a song an hour and then have time to play around with overdubs, which I rarely do. I like the recording to sound as much as possible like the band when we play live. Of course the stage energy is different, but the tone, and structure are all in line. I have often come up with new ideas in the middle of recording that have ended up being left on the take because they sounded better than what I had originally planned, and this is all because I had time during the session to play around.  I enjoy recording because I do my homework and as a band we do our part BEFORE we go in. I hate doing session work with a producer and sound engineer who don’t know what they are trying to achieve, it makes it very hard work.

The best gigs are generally the one’s I remember the least because I was either so wasted, or so focused. Since I don’t drink anymore or do drugs, I find that every gig I play is the best because I remember everything, and I am able to focus internally and let go completely without the aid of  outside influences. It’s a magical feeling.  We always put on a good visual show, but I play because I love it, not because there are thousands of people.  I still give it everything I have!

I ran into Buddy Guy one day sitting at the bar, just him and me watching the French Open tennis championship. We talked a lot but not about music. It was great! Wow, this is a loaded question. All the greats are so unique they all have something that touched me. I have to say, between Muddy, Lightnin, SRV, Rory Gallagher and Freddie King that is a rounded list…the last record I bought,  Lloyd Price. He was big in the 50’s and 60’s R’n’B  scene.

It’s where all modern( 20th century), music comes from and it is everywhere…even lady Gaga uses it.

Sadly I see it fading away. Here in the States, it is everywhere but nowhere at the same time. There is little industry support for it, and hopefully folks like Blues.gr can keep it alive and well!!! 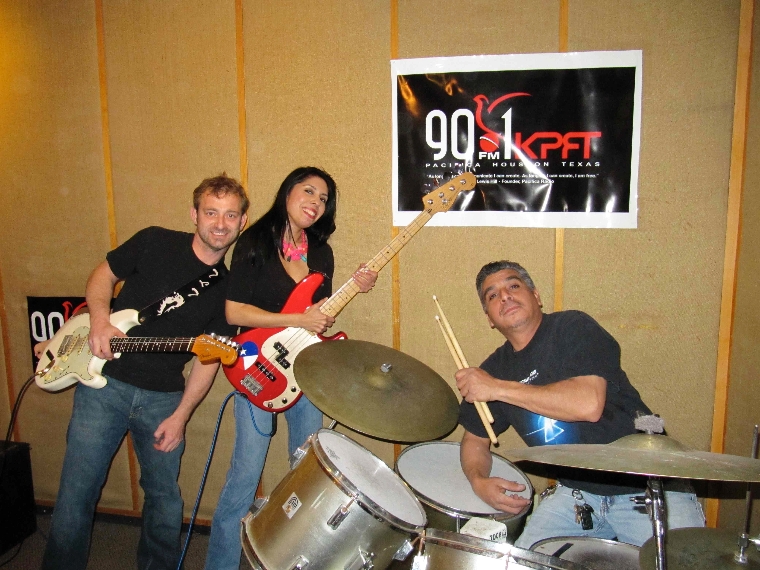 I have to kick this cancer first, but I hope to make it over to Europe in 2012 to tour and even as far as Greece. To Greek fans I say, never let go, play with everything you have and enjoy yourself.

What is your opinion about blues.gr?

It’s all good, nothing bad can come from it, Keep up the great work!!

I’d love to give him some of my ideas to jam with, and I’d ask him to do so!!

What characterizes the sound of the Leo Trio?

Balls to the wall energy, truthful, soulful and face melting!

Do you have any amusing tales to tell of your gigs with your band? 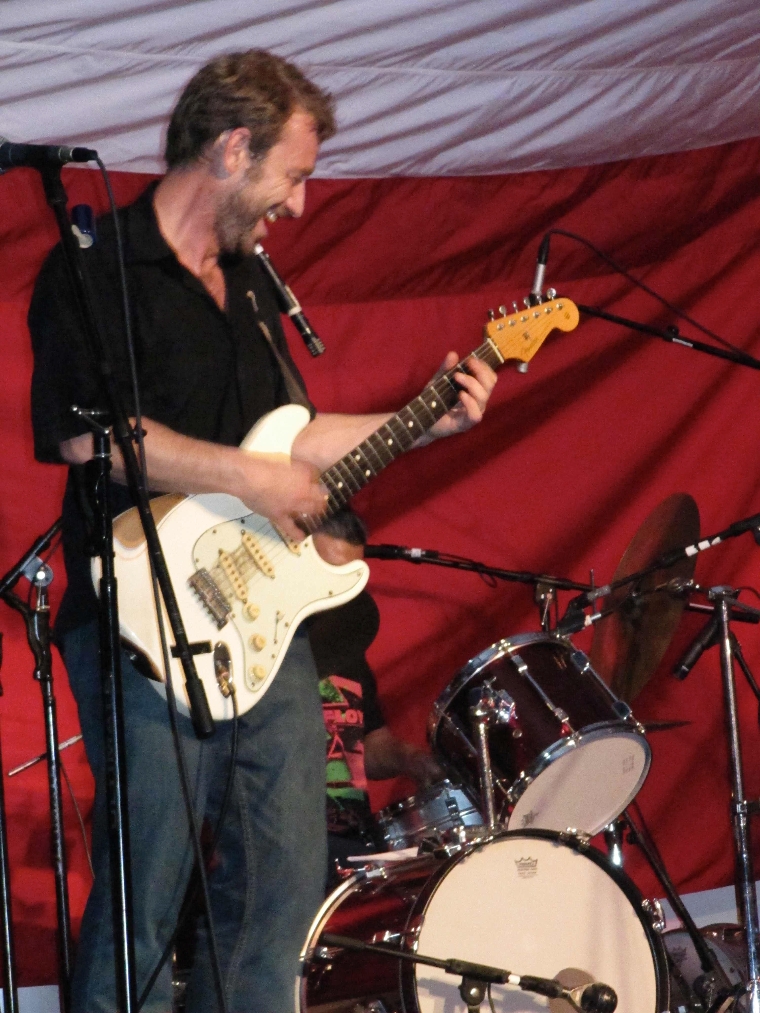