An Interview with James Anthony, one of Canada's finest Soul/Blues/Roots guitarist, singer and songster

"It’s meditation at its highest form. Improvising is the key. Blues is channeling the pain of everyday life into something positive."

A natural musician at age 10 played Ontario Place at 15 and turned pro at 17. James' experience in the music industry is reminiscent of legendary players of the past. Throughout his career he has been a most sought after sideman. His first Road experience was with "Reggae star" Jay Douglas and then the last version of Edward Bear in 1974. In 1980 his band Mondo Combo (on RCA engineered in part by Daniel Lanois) played Massey Hall and played back to back with, Howlin Wolf, Albert King at the now legendary El Mocambo and the Colonial Tavern in Toronto. 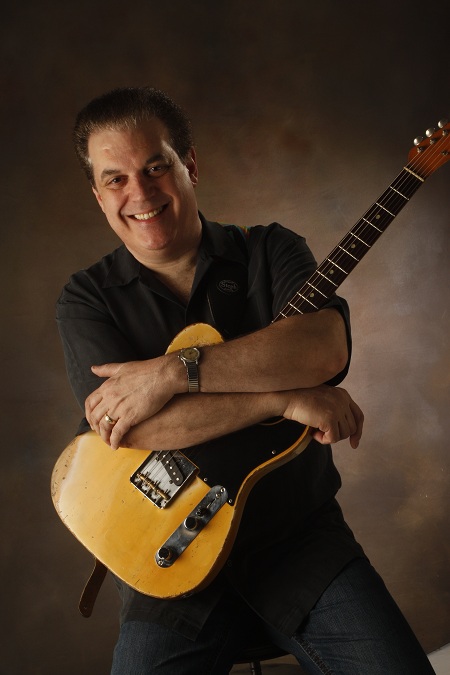 Live Radio and Television concerts over his career have found him with Juno winners, Denny Doherty, Patricia Daulquist (John Williams) & Murray McLaughlin. From 1972 till now, James has played on countless records as a session man including jingles, films, and documentaries.

The turn of the century found James with a new audience playing outside Canada in the Azores, Buffalo and Upstate New York, New Orleans and in Hungary at Blues festivals. Now he owns Sound Investments Recording Studio in Burlington and is enjoying the success of his recent CD On The Edge & "Room For Me" a follow up to "All Spruced Up", "The Blue Side of”, "Soul Shoes ", "Play Something You Know" and "Nite School." A new weekly TV show on Cogeco 'James Anthony Presents LIVE" on Cogeco TV 23. Playing, singing, song writing with heart and honesty is what he does best and he will leave his audience with a feeling of complete musical satisfaction that is sure to propel James Anthony into the hearts of listeners and fans of the guitar everywhere.

I’ve learned to play simply and from the heart. When I play with soul I drift off and go into a trance like place.

The spirit takes over... It’s meditation at its highest form. Improvising is the key. Blues is channeling the pain of everyday life into something positive.

How do you describe and characterize James Anthony’s sound, progress, and music philosophy?

Pure and simple learning each day from everything I hear and things people say. Reaching out to try and move the listener. Connecting with them. What experiences in life make a GOOD BLUESMAN? Is it easier to play the blues as you get older?

Yes after 4 marriages and 4 kids I know a little more about life now. I have few regrets. You never stop learning. I have better guitars now too. The early cheap ones were hard to play.

Playing 5-6 nights in bars and concerts with teach you a lot. I’ve been playing full time since I was 17. I’ve met most of my hero’s and found out they are just people like me. They all play very direct and simple.

Listening to my Favorite musicians and playing for 43 years helps.

The best is when the music is almost spiritual and the band is on the same wave length. I can play anything over that and it sounds so great! You can look into the audience and they are totally with you.

The Worst is when players come up and shred and play too many notes and have an attitude. They mess up the groove and it sounds like diarrhea, I would rather go home and watch TV.

What is the “feel” you miss nowadays from the 70s and your first steps in music? 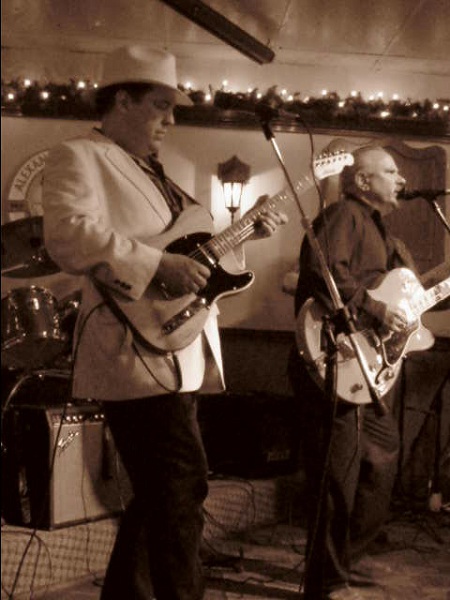 Everything is too busy and loud now. Nobody listens anymore. It’s a mess. What happened to soul?

The 70s when I met Howlin Wolf and Hubert Sumlin and most of the great Bluesmen those are all gone now. It was amazing living in Toronto and seeing these guys every week in small bars.

I miss the Brotherhood! Today it’s all about Look at Me. Notice ME! Musicians will steal each others gigs and screw each other out of money. It’s shameful.

Play with heart and soul and listen to what’s going on around you. Make the music sound nice and try and move people. Always listen to the words and play something that fits them. Learn to read charts. Don’t make your music so strange and loud people so can’t relate to it. Play clean...turns off all that distortion. You need good  hands not pedals.

Why did you think that James Anthony continues to generate such a devoted following?

I try and play and write from the heart and share my music and stories rather than make people feel it’s too personal so they can’t get in and don’t belong.

Are there any memories from Big Mama Thornton, Howlin Wolf, and Albert King, which you’d like to share with us?

Right time and place-Lucky me I guess it’s been unreal. I just walked into some awesome nights. They are just people but all have different stories to tell. Hard lives all of them... Me too... I left home way too young.

What’s the best jam you ever played in? What are some of the most memorable gigs and open act you've had?

Opening for John Mayall, Bobby Bland and Mick Taylor where the fun ones. Mick let me try his les Paul and he played my SG. 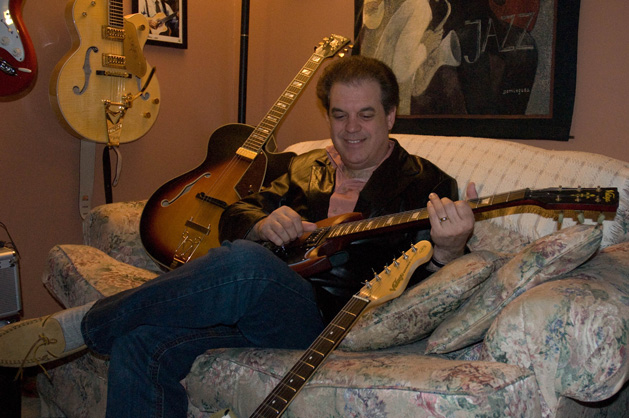 You have meet and played with many artists. It must be hard, but which gigs have been the biggest experiences for you? Which memory from him makes you smile?

Sam Moore from Sam and Dave was smiling at me and making me play a solo longer and pushing me on to my limit.

Howl in Wolf inviting me to their rehearsal the next day. I was speechless.

Spending 8 hours in a car with Big Moose Walker and having him tell me stories all the way home from Montreal to Toronto about all the musicians he played with.

BB King...he was so nice, like your granddad. He gave me his guitar pick. And signed my 335.

Big Moose Walker said, "Stay away from drugs and drinking." There’s an old saying. I spent all my money on booze and women and the rest I wasted. hahahah I have a great  home and family because I stayed straight.

What the difference and similarity between the BLUES, JAZZ, SOUL, REGGAE and ROCK feeling 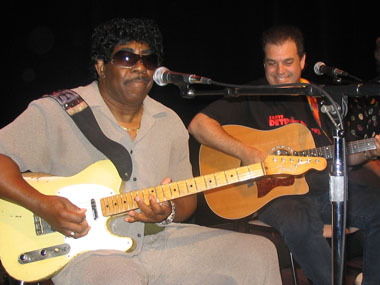 It’s all coming from the same place it’s the drums and bass that makes it different. Learn to play at all because it’s a big recipe and will set you above the rest. Don’t be closed minded. I play bluegrass licks in jazz tunes and it freaks people out.

I started with Blues at 13 and never looked back. The only think I noticed is bands don’t dress up anymore like the old school guys did, They look messy and unkempt now. Blues needs a facelift. Time to look the part again. It should be classy.

When I come off stage after a great gig I’m still in the clouds. I need a few minutes to come down. I like it when they tell me the songs words moved them. I write from my experience, I once had a guy in Ireland tell me he was going to commit suicide and my music stopped him. That was something I can’t forget.

Make an account for current realities of the case of the blues in Canada? Which is the most interesting period in local blues scene and why?

The Blues scene in Canada is usually an older crowd now but it’s still going strong in the summer at festivals all over. I have my own Blues TV show now weekly and play the Black Swan in Burlington every Thursday night and Saturday afternoon. Things are good.

What is your MUSIC DREAM? Happiness is……

I still play hours a day in my studio/ My dream is to play all over in Europe any ideas? My dad was born in Italy. I would love to perform there. 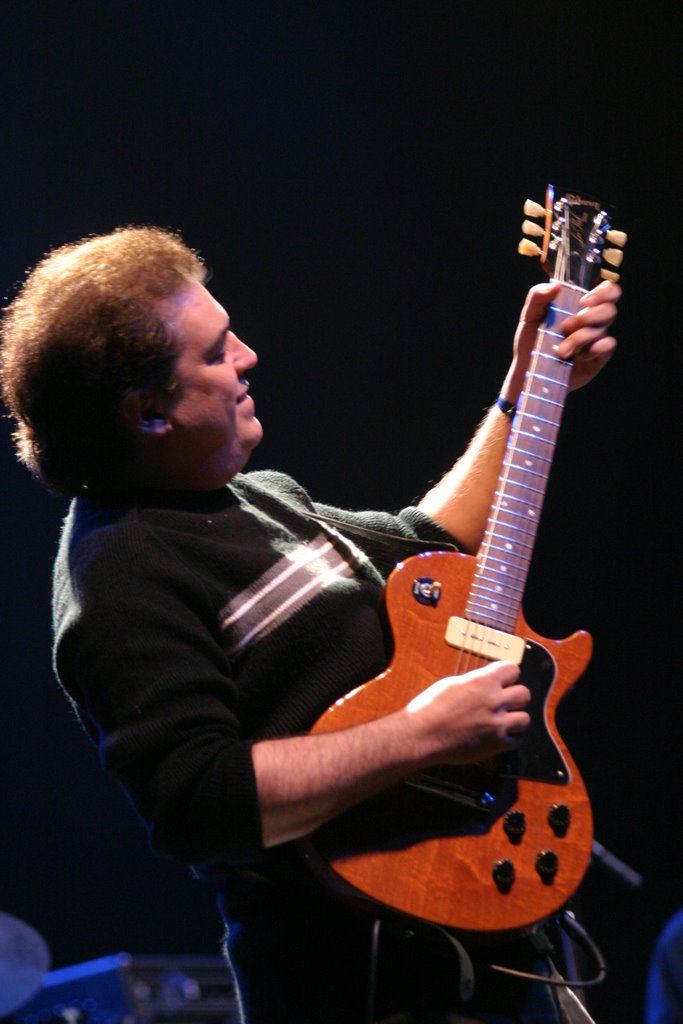