An Interview with legendary guitarist David T. Walker known for his distinct and beautiful "Tone & Touch"

"My hopes are being realized by many of talented young artists that I am aware of. Their futures are bright and so is the future of music."

David T. Walker is a legendary artist, guitarist, musician, producer and composer known for His distinct and Beautiful Signature Sound/Touch which is often compared to a Harp, Birds or Water with “Soul, In Light & Grace”. David T. Walker was born on June 25, 1941 in Tulsa, Oklahoma USA. Started playing the saxophone in the fourth grade and also had begun to hear Music from the local people and Family members. Music such as Chants from Indigenous or Native Americans, Black Gospel and the Blues of a Rural Funky Nature from the Field hands or working Black People. These were His earliest Musical influences heartfelt and pure emotional spirited life situations. 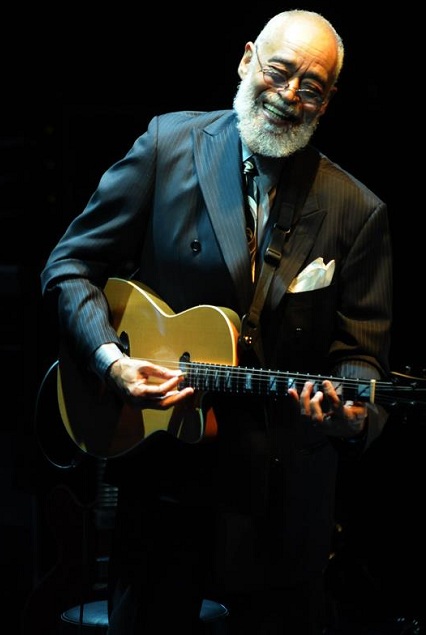 His Journey continued “In Full Bloom” with “The Power of Choice” and a “Joyful Insight”, with the wisdom and humility of “The Real T”. He is self-taught and schooled at working in juke joints or Blues Clubs etc. While in High School, the group called The Kinfolks was formed. The Kinfolks traveled the entire USA many times after High School playing and traveling all the back roads and out of the way Chitlin Circuits and Theatre Musical Circuits for 7 years. Their road gigs included time with The Olympics, Hank Ballard and the Midnighters, Etta James, and Little Willie John, just to name a few.

How do you describe David T. Walker sound and progress, what characterize your music philosophy?

My sound is all about Tone & Touch which means I have spent many years practicing which has helped me to progress musically and refine my Tone, Ideas & Touch. My philosophy of music basically is to play and enjoy what you feel.

I think it is because it involves playing, expressing from the heart which makes it easy for people to understand and feel. 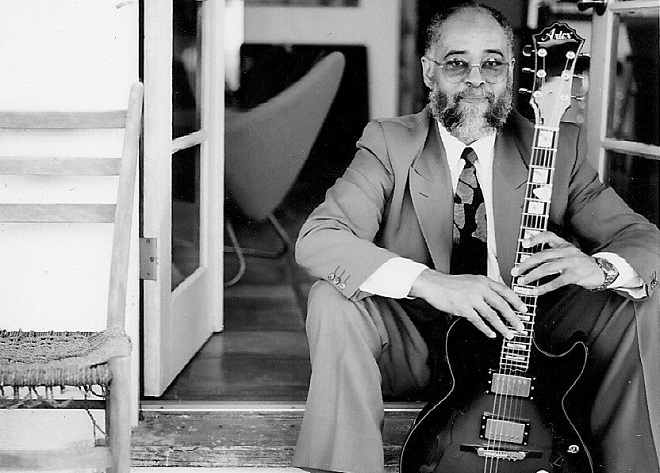 "From the beginning, my experience in juke joints and blues clubs I understood it to be going to school, paying my dues for the lessons that I needed at the time."

What do you learn about yourself from the blues and soul circuits and what does the blues mean to you?

The first thing comes to my mind is that I have learned about the blues and soul circuits…even though there is adversity and hard times, those kinds of places and venues certainly have helped me to develop the ability and strength to persevere. The blues means to me a soulful attitude and understanding of reality and the possibility of changing that reality.

What's been your experience from the beginning in juke joints or Blues Clubs? Do you remember anything funny?

From the beginning, my experience in juke joints and blues clubs I understood it to be going to school, paying my dues for the lessons that I needed at the time.

The most memorable gigs that I have experienced were with a group called “The Kinfolks” from high school and my first seven years with them on the Chitlin Circuit, Juke Joints or Blues Clubs with them traveling around the country constantly. During that time, we spent some time with The Olympics, a year with Hank Ballard & The Midnighters and after that a year with Etta James a couple of years with Martha & The Vandellas / Motown Acts.

Which meetings have been the most important experiences for you? Which is the most interesting period in your life? 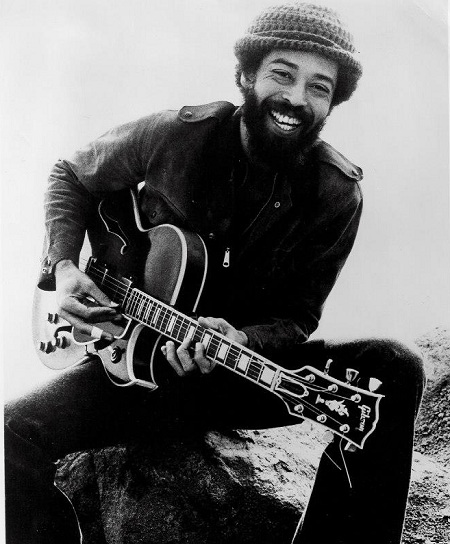 One of the most important experiences was the meeting I had in regards to my first recording contract in 1967 with Universal Music / MCA, because I was choosing the musical direction for myself. All the periods in my musical career were interesting, but to begin the period that saw me doing many recordings with many different kinds of artists, working with all these personalities and their artistries certainly was different from where I came from and very interesting.

What experiences in life make someone a good jazzman and bluesman?

Honesty, Sincerity, Dedication, Talent and Good Fortune while paying attention to how the world goes around and playing on / using those experience.

Are there any memories with Etta James, Marvin Gaye, Little Richard and Ray Charles which you’d like to share with us?

These are some of the greatest artists. I am honored and very very fortunate to have been in their presence and participated with them in their music. These are memories that I still use in my musical contributions in whatever I do musically. These memories are embedded in my music / spirit. I share them whenever I play my guitar.

I do not miss anything because I still have the past with me in my heart daily. I do not have any fears for the future of music. My hopes are being realized by many of talented young artists that I am aware of. Their futures are bright and so is the future of music. Just the thought of their names brings a big smile to my face because I am privileged to know them and have worked with them.

"If I could take a trip with a time machine, I would visit everyone that I have ever met, because they all influenced me in some fashion and I would give them a big Thank You."

What are the lines that connect the legacy of Blues with Soul, Funk and continue to Jazz and R&B music?

In my approach and understanding, they are all the same legacy and dignity to me.

How has the music industry changed over the years? Do you believe in the existence of real jazz blues nowadays?

I believe if someone or artist truly feels it, then it does exist RIGHT NOW.

If I could take a trip with a time machine, I would visit everyone that I have ever met, because they all influenced me in some fashion and I would give them a big Thank You. 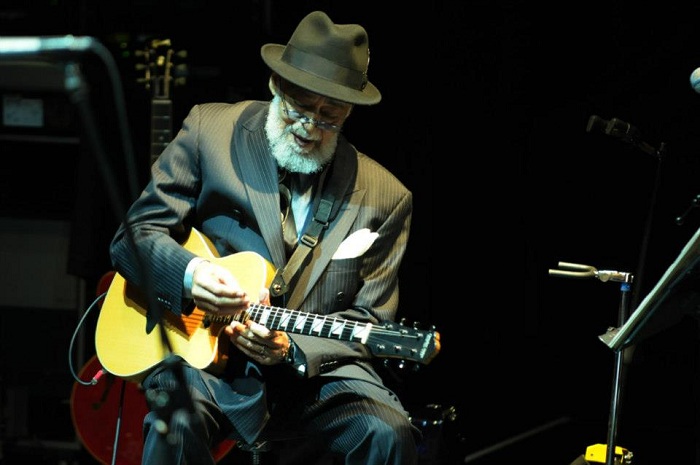