"The Blues in America is  alive and well."

Their 1978 Capitol press release read: "LeRoux takes its name from the Cajun French term for the thick and hearty gravy base that's used to make a gumbo." Louisiana's LeRoux (the first album) was a musical gumbo that blended various instruments and arrangements for some spicy, mouth-watering pop-rock. Using blues, R&B, funk, jazz, rock, and Cajun as their base, their Southern anthem "New Orleans Ladies"

The act began to gel in 1975 in Baton Rouge, Louisiana, as The Jeff Pollard Band. They came into their own in 1977, touring the United States and Africa with Clarence "Gatemouth" Brown. The group's big break came when Leon Medica, the band's producer and one of its founders, presented a demo tape to Paul Tannen at Screen Gems-EMI. 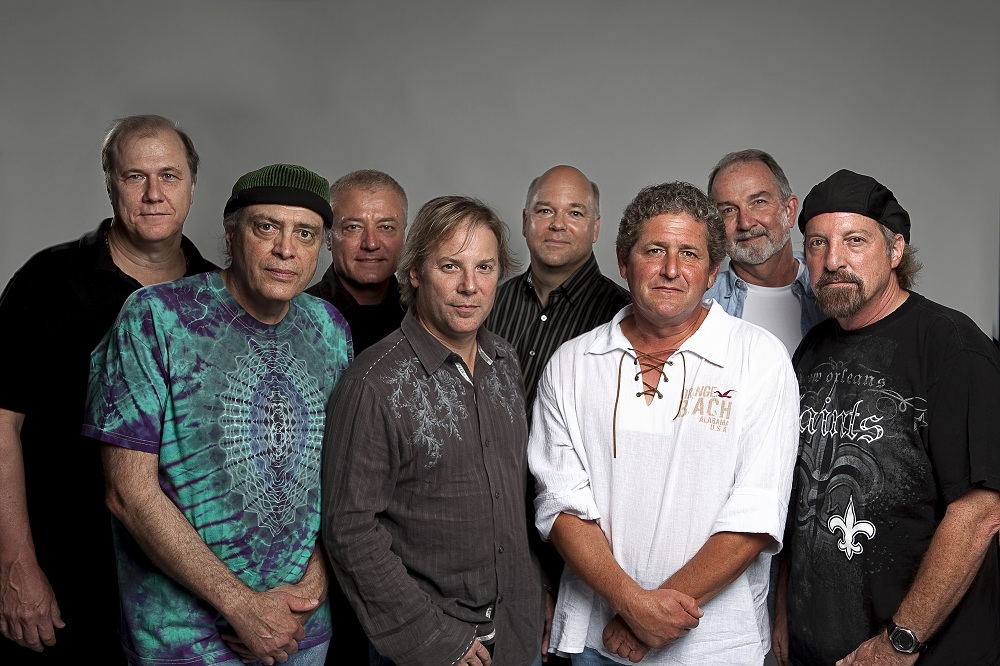 Today LeRoux continues to perform and share the stage with some of the biggest names in Classic Rock, playing primarily in the southeastern states where LeRoux continues to have a strong fan base spanning two generations. Over the years, LeRoux has had thirteen members. The original members of LeRoux included: Leon Medica (Bass), Rod Roddy (Keyboards), Tony Haselden (Guitar), David Peters (Drums), Bobby Campo (Percussion/Trumpet) and Jeff Pollard (Guitar).

Rod: I really never considered myself a blues player, although I grew up playing music with my dad and a lot of the music in the late 50s and 60s had a blues flavor to it.

Leo: The first records I played on in the late 60’s early 70’s was Swamp Blues. It was released on Excello Records in the US, and Ace Records in the United Kingdom. This album featured Silas Hogan, Arthur “Guitar” Kelly, Clarence Edwards, Henry Gray, and Whispering Smith. It was produced by Mike Vernon of Fleetwood Mac fame. You never knew if what you played would show up on an album, but mine did.  It gave me confidence in myself.

With LeRoux, I recorded with Gatemouth Brown on Bogalusa Boogie Man, Blackjack, The Best Of .. With Clifton Chenier Frenchin' The Boogie. Later LeRoux became Gatemouth’s band and did Massive touring in the USA and Europe.

How do you describe Le Roux’s sound and philosophy?

Rod: LeRoux had a unique blend of musicians.  David Peters (drums) and Bobby Campo (percussion and Trumpet) were both ‘schooled’ musicians, the rest of us were just self-taught, street players.  So I think because of our different backgrounds and influences, we all brought something different and special to the band.  We were all on the same page when it came to the idea that we wanted our band to be a tight rhythm section with really good harmonies on top.  I think, for the most part, we kept true to that. What are some of the most memorable tales with Louisiana's LeRoux?

Rod: There were a lot of great times on the road with these guys and some other times we choose to forget!!! This was a great bunch of guys that really enjoyed being together and traveling and experiencing the road together.

Leo: I am putting them in a book I am writing titled Bayou Degradable. It will be on our webpage later this year.

What advice "Gatemouth" Brown has given to you & which memory from makes you smile?

Rod: Playing with Gate was a great experience for me and one I will always cherish.  He was a genuine entertainer and true to his music.  He could play just about any instrument and could make a guitar ‘talk’!!!  He put his faith in a young group of musicians and took us to Africa in 1976 as his band to represent the US as ‘Good Will Ambassadors’.  There were so many great memories with this man.  One story…  We were playing for the Ambassador and guests in Sudan (very dry, arid environment) and Gate breaks a string… He looks at audience and says…  Humh, must be the ‘humility’!!!  And we all broke up laughing!!!!  To this day, I don’t know if Gate knew the real work ‘humidity’ or was actually doing a play on words!!!  Either way, there were always funny things like this to keep us having fun.

Leo: Be yourself and Play what is in your heart.

Rod: Touring and performing as a professional recording act will always be the high point of my life…other than my children.  There is no way to describe what bond is created when men come together as a unit and give their all for the same cause.  I love the guys in LeRoux and the many times we’ve spent together.  That’s why, even today, we get together and at times, its pure magic!!!

What experiences in your life make you a GOOD songwriter and musician?

Leo: My love for writing and playing music and my 1958 Fender Precession Bass. Rod: The blues, to me, is the root of all music.  No matter country, pop, whatever, there are traces of the blues in there and that’s boiling it down to its base….

Leo: I hope it evolves but does not lose its roots.

What’s the best jam you ever played in? What are some of the most memorable gigs you’ve had?

Rod: This is a hard one.  We’ve played with some really great musicians in our career, but I would have to say that now I really enjoy the times we get together with Tab Benoit, Jimmy Hall, Steve Cropper and such.  There is no better groove or feeling when we are all on stage together and the groove is soooooo strong that I still get goose bumps!!!

Leo: LeRoux, “New Orleans Ladies”, Jimmy Hall from Wet Willie, “Keep On Smiling”, Jimi Jamison from Survivor, “Eye of the Tiger”, Dennis “Fergie” Frederiksen from Toto “Hold the Line”, Steve Cropper from Booker T and the MG’s and the Blues Brothers, “Dock of the Bay”, “Knock on Wood” and “Soul Man”, Steve Augeri from Journey, “Lights”, and “Don’t Stop Believing”, Tom Johnson from the Doobie Brothers, “Long Train Running”, “Listen to he Music” and “China Groove”.

Are there any memories from the road with the blues?

Leo: I have so many stories from Gatemouth Brown on the African tour, but again they are in my upcoming book.

Rod: I don’t have a special.  Every musician has ‘something’ about them that comes through in their music.  That’s what I appreciate. 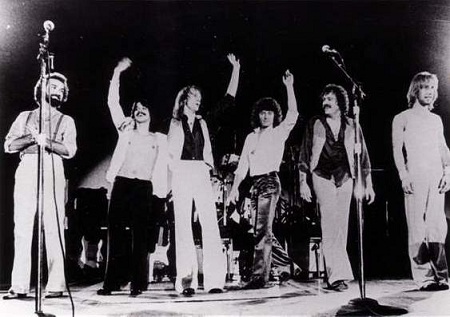 Rod: The best moment was every time we went into the studio to record.  The worst was the realization that LeRoux was really breaking up!!!  But, now we are back together making music and new friends!!!

Leo: When I received an American Music Award for producing Tom Johnston on the Dirty Dancing

Movie and Managing   Anders Osborne and receiving a Grammy for Keb’Mo’ Slow Down Album.

Leo: I lived in a commune in the 60’s and Credence Clearwater Revival stayed with us. We were Free Spirits

How do you characterize you music philosophy?

Rod: I like all types of music accept rap…and even now, after having to listen to it with my kids, I even appreciate some of the underlying beats that create the ‘feel’ for the rap.

Leo: Be yourself, play what you feel, you can be influenced but don’t copy.

Rod: I don’t think I really gave it much thought until I started playing with Tab Benoit, and then I started to appreciate the basic feel and power that the simplicity of the blues really puts forth!!!  Tab can generate some incredible energy on stage and can move an audience.  It is pure, simple and just great energy!!! Love it!!!

Leo: Gatemouth Brown, Clifton Chenier, and all the guys from the first Blues record I played on.

Do you remember any interesting from the recording time with your entire guest like producer and musician?

Leo: I produced and played bass on the song “Where are You Tonight” for the Movie “Dirty Dancing”. This group of musicians and had never appeared on a major album before. The musicians were keyboardist Skippy Varnado, drummer Mike Noto, guitarist Mike Armshaw with Randy Knaps and Trish Howell on vocals.  We later additional keyboard overdubs with Larry Turner. We cut a Booker T’s- R & B-type track using a big horn section. The lead singer was Tom Johnston from the Doobie Brothers.

Leo: There are many amazing young guitar players out there and many festivals. The Blues in America is  alive and well. As a matter of fact I am going to see Tab Benoit tonight. 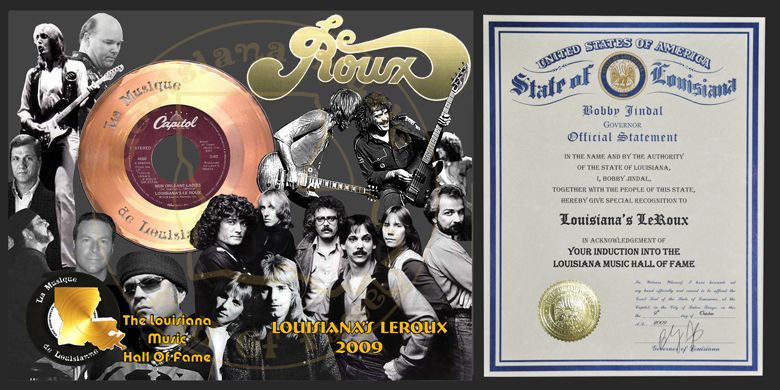