An Interview with New Yorker Michael Hill: Blues with a passion, energy, humor and heart of Big Apple

"Blues is also seen and felt in literature, poetry, theater, movies, visual arts, etc. Blues has a sensibility that pervades much of the most meaningful art and culture of the world."

Raised in the South Bronx, New York, Michael's early exposure to music included Harry Belafonte, Jackie Wilson, Johnny Ace, Elvis Presley and many other 78's and later 45's from his father Rufus' record collection. His mother Eunice and grandmother Lucia both sang and played the piano at home as well, and Michael briefly took piano lessons at age seven and sang in school glee clubs and the church choir as he grew up. 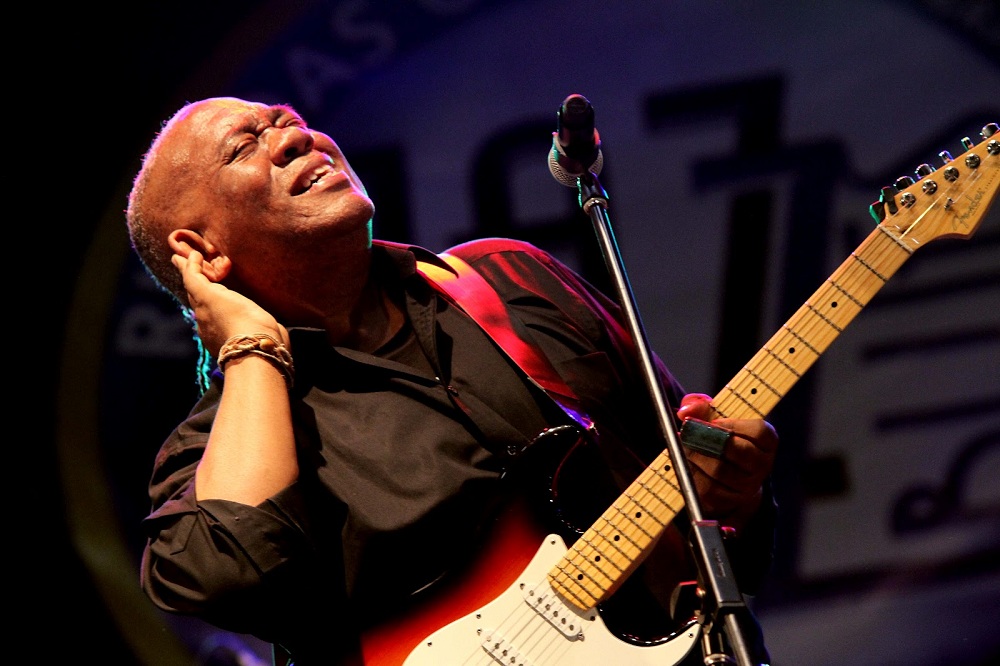 Hearing Jimi Hendrix changed his life, inspiring his love of the electric guitar. During his years at Stuyvesant High School in the East Village, Michael and his friends spent virtually every weekend either inside or listening from the street outside the Filmore East and other New York concert venues. Michael began playing guitar at age 18 and started the band Wild Honey (briefly Brown Sugar).
Michael continued playing with his siblings while also working as a sideman with various singers and doing the odd recording session, primarily playing cover material. In 1985 he was invited to join the band of poet/performer Sekou Sundiata and keyboardist Doug Booth; Sekou was to become a major influence and inspiration.
Over the years Michael has been priviledged to perform or record with Little Richard, Carla Thomas, Harry Belafonte, Archie Bell and B.B. King, and has jammed with numerous blues heros, friends and colleagues, including B.B. King, Buddy Guy and Luther Allison. Now with four highly acclaimed albums, Michael Hill and his Blues Mob ignite stages all around the world in a unique, high energy expression of New York- style blues. Michael is a 2011 inductee into the New York Blues Hall of Fame as a Master Blues Artist. Michael Hill’s Blues Mob’s album “Goddesses & Gold Redux” will be released on JSP Records in autumn 2012. 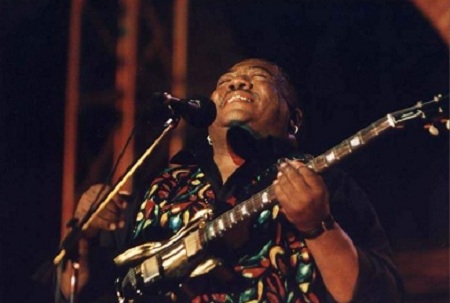 When was your first desire to become involved in the blues?
My first desire to become directly involved with the blues came when I was in high school. I heard Jimi Hendrix, and when my friends and I were trying to learn to play guitar we read interviews with Jimi and his fellow guitar players. They always talked about their blues heroes such as B.B., Albert and Freddie King, T-Bone Walker and others. We wanted to know about the blues and the blues guitarists.

How do you describe your sound & your progress? Which characterize Michael Hill’s blues?
My sound as a player and singer has developed over a long time playing blues, rock, funk, R&B, reggae and other music. It’s still a work in progress; the search for tone and to improve never ends. What characterizes Michael Hill blues for me is a commitment to honor blues traditions while also bringing flavors from my own life, seasonings from other styles of music that have grown out of the blues, and recognition of the roots of blues as a voice for people who had no voice in society. For that reason our music will always address issues of justice, peace and humanity as well as love, romance and having a good time.

What is the best advice a bluesman ever gave you?
I’ve received two excellent pieces of advice, one from a bluesman and one from a jazz guitarist. The best advice from a bluesman was when we opened a show for Luther Allison. After our set he looked in my eyes and said, “Keep doing what you’re doing. Let them know where we’re coming from.” Jimmy Carter was a jazz guitarist who first showed me 9th chords and much more when I took his workshops in Harlem many years ago. He once told our class, “If you’re playing someplace and only one person is into what you’re doing, you play for that person.” Excellent advice from both of them! How did you choose the name “Blues Mob”, how do you describe “Blues Mob’s philosophy of blues?
One of the nicknames that George Clinton had for Parliament-Funkadelic was “the U.S. funk mob”. When I was deciding on a name I already had a band called Michael Hill’s Bluesland, and Blues Mob felt like a good name for my smaller band. A mob is a crowd of people, sometimes unruly and looking for trouble. I liked the energy of the word, which is more exciting than just using the Michael Hill Blues Band. Blues Mob is a lot more colorful. The philosophy of the band is to make music that brings people healing and joy and tell stories that speak to all of life and not just the typical subjects one might hear about in today’s blues.

Which was the best moment of your career and which was the worst?
I’ve been blessed to always have bands with excellent musicians who are friends and family, but the very best thing for me is playing on stage with my brother Kevin and my sisters Kathy and Wynette. We started our first band when Kevin and Kathy were 14 and 15 and Wynette and I were 20 and 21. Kevin was the great original bass player in the Blues Mob, and they’ve all appeared on our albums. I don’t really think in terms of worst moments; every challenge has been an opportunity to become wiser and stronger.

What does the BLUES mean to you?
For me, blues is the foundation of America’s greatest gift to the world. Blues is at the heart of rock, soul, jazz, R&B, funk, hip-hop and most all of the greatest music the U.S. has brought to the world. Blues is also seen and felt in literature, poetry, theater, movies, visual arts, etc. Blues has a sensibility that pervades much of the most meaningful art and culture of the world. 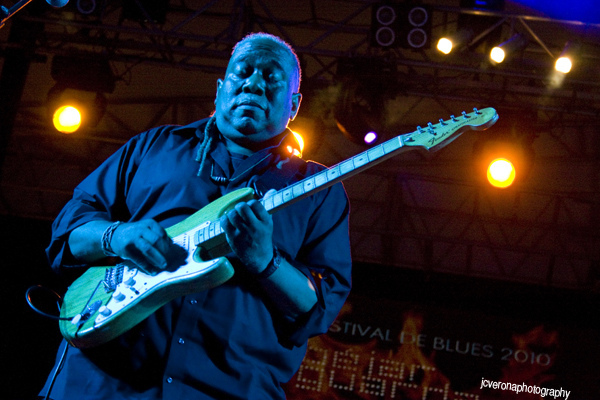 Do you think the younger generations are interested in the blues?
Many younger people are interested in blues, whether they know it or not. All of the most popular music is connected with blues. Sooner or later, all people will come to know the blues, both as a living cultural foundation and as a fact of life.

How would you describe your contact to people when you are on stage?
Our band makes a point of treating audiences as friends with whom we are sharing a very special occasion. The moments we share are unique and precious, and every time people choose to share our music is a blessing to us. 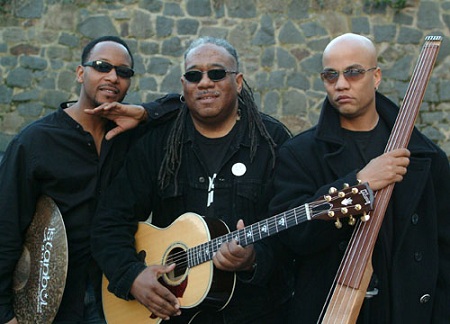 What experiences in your life make you a GOOD musician?
As I mentioned, my first band was with my brother and sisters. We were young, and our parents had to come to our shows so we could play in clubs and bars,  and they were incredibly supportive. Growing up listening to my father’s record collection and singing with my mother, grandmother and siblings laid the foundation for me to make music. Every performance or piece of music I’ve ever enjoyed, every book or movie that touched my heart and brought new ideas, the anti-Vietnam War movement, the Civil Rights, Black Power and Women’s Rights movements, every lover or friend with whom I shared special, illuminating moments- all of these things and more have helped me become the songwriter, singer and guitar player I am today.

Which of historical blues personalities would you like to meet?
I’ve been blessed to meet many of my heroes such as Jimi Hendrix, B.B. King, Hubert Sumlin and Luther Allison. One person whom I really wish I had met is Howlin’ Wolf. 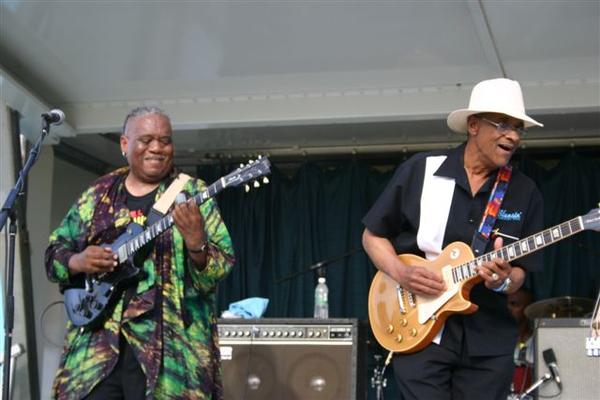 What is the “feel” you miss most of the 70s & 80s?
The “feel” I miss most is more from the late 60s and 70s. There was a sense of openness and adventure in music, and creativity and music were not at the mercy of the industry to the degree that they are now. The music business now revolves much more around money and bean counting.

What are some of the memorable gigs and jams you've had?
We’ve been fortunate to have many memorable gigs, but one unique gig was playing while standing on the bar of a very small Upper East Side restaurant in Manhattan at a Rolling Stones after-party. We had friends and acquaintances among their backup musicians, and while Mick wasn’t there it was fun seeing Keith and the other Stones. `One very memorable jam was when Michael Hill’s Blues Mob was the house band for a blues festival press party. B.B. King, Buddy Guy, Little Jimmy King and others sat in with us, and we had a great time. 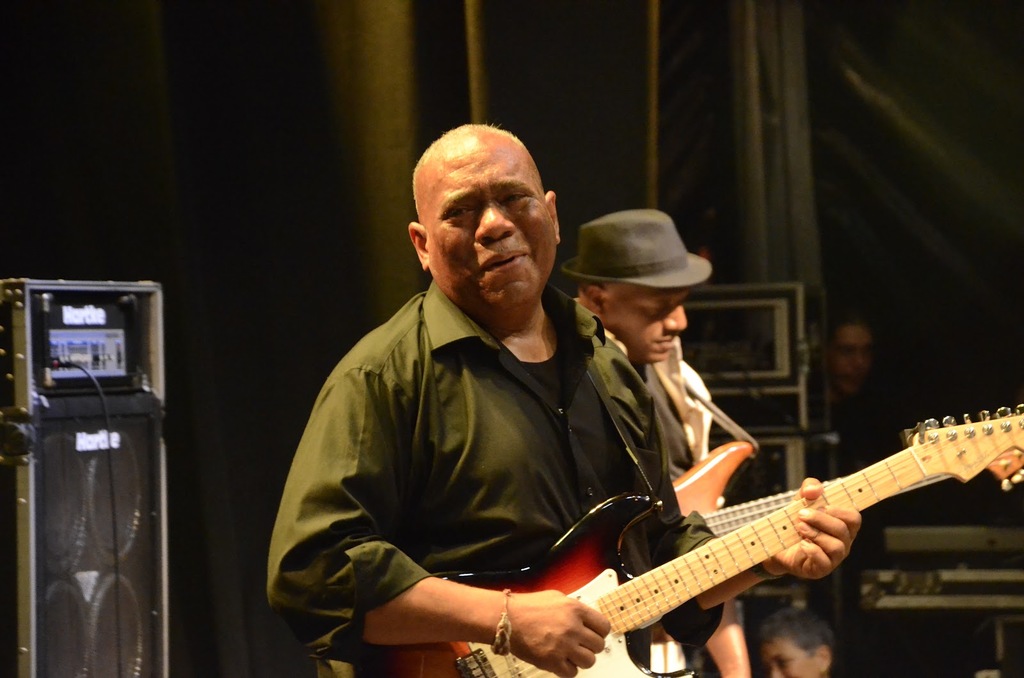 Happiness is……        Justice is….
Happiness is: feeling and sharing love. Justice is: an absolutely essential human right.

Is there anything that you mist from your childhood times?
What I miss most is my parents Rufus and Eunice Hill, who were great, and playing in the band with my siblings Kathy, Kevin and Wynette. We still make music together and will be doing future projects, which is fantastic for me. 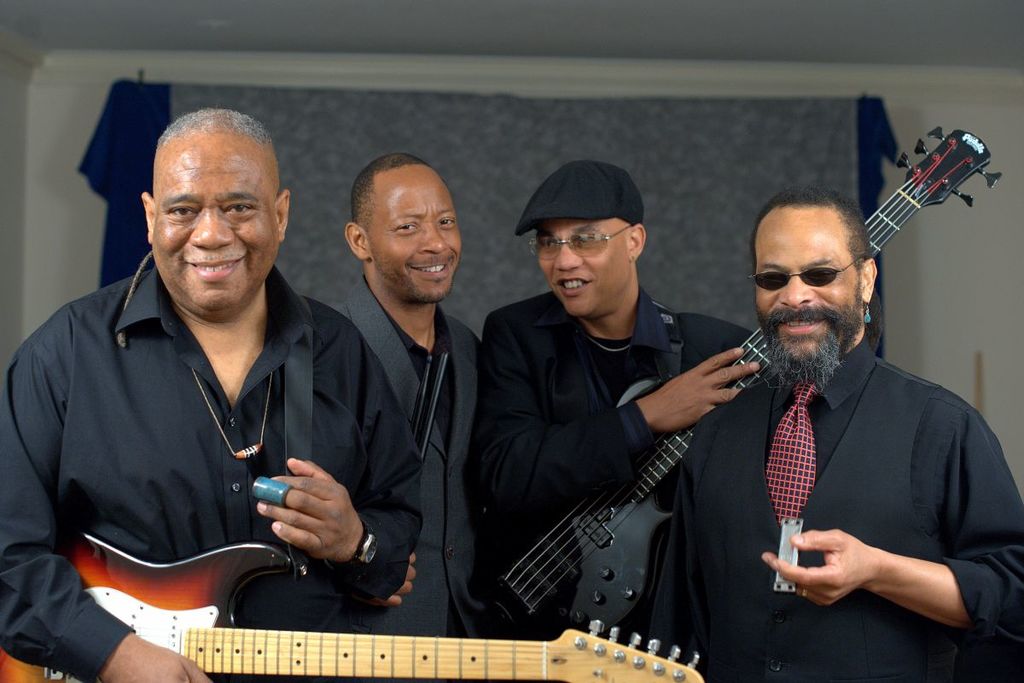