An Interview with the brilliant guitarist John Paiva: I have learned from everyone including my students. You never stop learning.

“Blues is the simplest art form. It speaks to everyone through the chordal simplicity and often through wonderful text.”

John Paiva born in Bristol, R.I., USA, John based himself in Boston, where he worked as guitarist with rock singers JIMMY CLANTON, BOBBY RYDEL, and FREDDY CANNON.
He also performed with CHUCK BERRY, THE DRIFTERS, THE FOUR TOPS, BO DIDDLEY, THE RONETTES and other blues and rock groups. He was bandleader for HERB REED AND THE ORIGINAL PLATTERS. 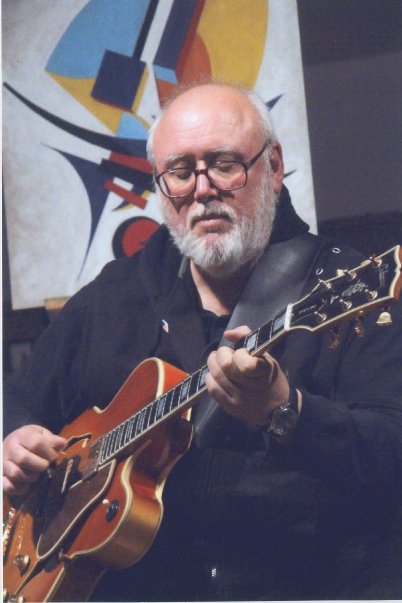 In 1970 he became guitarist/bandleader/singer with vocal group “THE HAPPENINGS”, where he enjoyed two #1 hits: “I GOT RHYTHM” & “MAMIE.” In 1973 he became a member of “FRANKIE VALLI AND THE FOUR SEASONS.” As a SEASON he received TWO GOLD SINGLES, ONE PLATINUM and TWO GOLD ALBUMS. They toured Canada/ Europe/ Australia and New Zealand. He left the SEASONS in 1977 and worked the New York mountain hotel circuit as staff guitarist with former BUDDY RICH pianist MICKY MCLAINE.
Following a European tour with FATS DOMINO in 1979, he met Margie. John and Margie  got married in 1981 and John became a permanent Munich resident.  He makes frequent trips abroad to  perform.  He has worked with jazz altosax great, HERB GELLER, and performs with his own group “DIRTY HANDS”.  John played as soloist with “THE MUNICH PHILHARMONICS”, and in the pit band at the “DEUTSCHES THEATER” for Broadway-musicals “EVITA”, “LA CAGE AU FOLLES”, and “ALL THAT JAZZ”.
John has worked with various cabaret artists as bandleader/arranger/composer AND script-writer. He played in “RENDEZVOUS OF THE CLOWNS” at the “RESIDENZ-THEATER”, in “LIEDER UND LEUTE” with BILL RAMSEY, and in Munich´S, “LACH-UND SCHIESS- GESELLSCHAFT.”  John worked in England with: BOB WILBUR, KENNY WEELER, bassist JIM RODFORD and jazz guitarist JIM MULLINS.  He did his first solo recording “CRANKY” with drummer H. RÜSCHENBAUM and bassist K. KNETTNER. John’s group “DIRTY HANDS” has played extensively around Germany. He has  lectured at “UNIVERSITY OF WISCONSIN” in USA. There are two new CDs featuring John: “CHANGING TIMES” WITH ALBERT C. HUMPHREY and “66 MINUTES OF JOY”, with STEVE HOOKS´ band “TOO COLD”. Today - based in Unterhaching/Munich, Germany, works as Jazz guitarist w/ various musicians during live performances and studio work.

Mr. Paiva, when was your first desire to become involved in the music & who were your first idols?

I loved music right away. My mother sang beautifully all the time to the radio and my dad was a fine mandoline player so music was a big part of my life.

I went with my father when he was playing country music as early as three years old. My first songs were therefore C/W music. "Cold Cold Heart" is the first song I liked enough to remember. 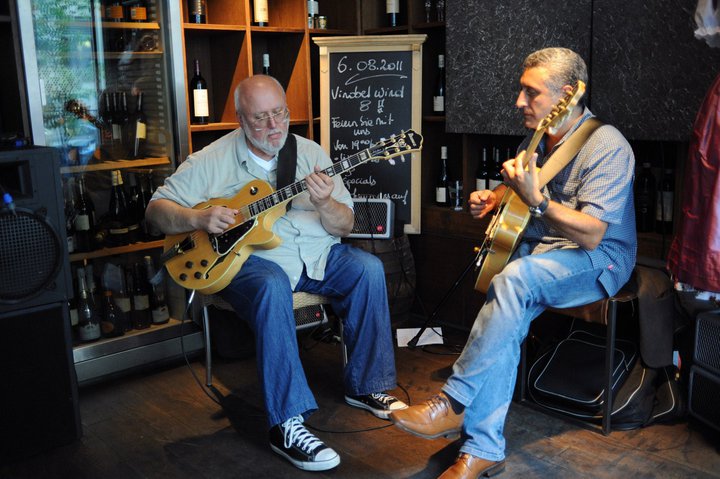 What made you fall in love with the blues music? What does the BLUES mean to you & what does Jazz offered you?

The basic three chord blues was most interesting I suspect because it and Rock and Roll was back then almost always a twelve or sixteen bar format, using three chords. My love for jazz came from the radio and movies where one heard big band, and small bee bop groups as the top 40 of the day. Benny Goodman, Bing Crosby, Frank Sinatra, the Dorsey brothers, the Andrew Sisters. It was an endless array of beautiful songs using way more than the simply three chords and that I really loved. As a kid I thought I would never play jazz, so I dug into blues and rock.

Chet Atkins was my first favorite guitar player. He incorporated jazz, classic and pop in his playing along with his signature finger style and thumb picking. Eventually Howard Roberts caught my ear and his warm sound and wonderful chord style convinced me I wanted to play main stream jazz.

I truly love the instrument. My favorite guitar was then and still is something I cant afford. 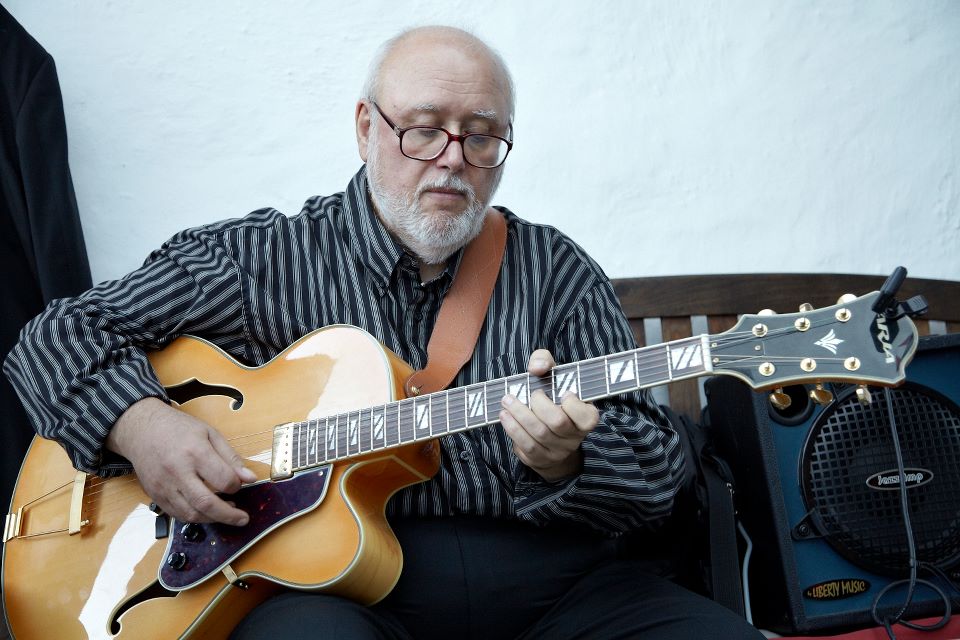 My best moment hasn't happened yet. I just love playing so pretty much every gig is my best moment. I connect my worst moment speaking from the music business direction would be when the four seasons group I was working with was dissolved with no notice. From today too tomorrow so to say.

Any of blues & jazz standards has any real personal feelings for you & what are some of your favorite standards?

I love the song "My One And Only Love." Cole Porter songs knock me out and Broadway music in general I find brilliant.

I guess opining night at the London Palladium covers both those questions. Here we were big time rock stars in our fancy suits and its opening night. At rehearsal I asked the road manager if it wouldn't be best to set the microphones in front of the curtain. He said no cause it wouldn't look good, so he set them directly next to the curtain. When we started the opening number "Swearing To God," I played my line and the curtain opened with a flourish. In the process of opening, it knocked over all four mikes, ending with my mike hitting the tuning pegs of my guitar and putting it completely out of tune. I found that hallarious and laughed out loud. 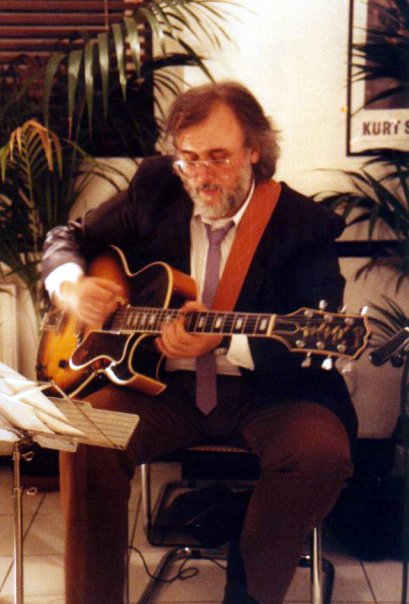 Which of historical blues & jazz personalities would you like to meet?

I would love to meet Jim Hall.

From whom have you have learned the most secrets about blues & jazz music?

I have learned from everyone including my students. You never stop learning.

Who are your favorite blues & jazz artists, both old and new? What was the last record you bought?

Bonnie Raitt in blues. To many jazz artists to name one. I havent bought a CD or record in more than 20 years.

Blues is the simplest art form. It speaks to everyone through the chordal simplicity and often through wonderful text.

Do you remember anything funny or interesting from your perform with Chuck Berry?

He made all signals using his long left leg. No rehearsals. His dual showman amp was full volume.

I would tell my father that I loved him. The rest has been pretty good.

How did you first meet Bo Diddley, how do you describe him?

We were backstage. He was wonderful to hang with and talk to.

Tell me a few things about your meet & work with Fats Domino, what kind of a guy was?

I was playing a 30 day tour of Europe with the opening act in 1979. The guitarist in his band died and I was asked to fill in for a couple of days on bass. So that night with no notice I became Fats bassist. He liked my playing and asked me to finish the three weeks of the tour playing for him as well. There were two shows a night, so I played the opener as a wacky R&R guitarist, changed quickly and played the Fats show, then changed for the opener again then the Fats show. It was exhausting but great fun.

What is the “thing” you miss most from Fats Domino? What advice has he given to you?

I don't know that I miss Fats. He did teach me that no matter how big your star is, you can still be a nice guy.

Would you mind telling me your most vivid memory from Fats Domino’s European tour?

That would be the night the original guitarist Roy Montreal passed away and the show still went on.

Tell me about the beginning with FRANKIE VALLI & THE FOUR SEASONS. How did you get together and where did it start?

Gerry Polci and Frankie came to a gig I was playing with The Happenings. We met and spoke together. Gerry and I kept in contact. When there was a need for a back line guitarist, I was offered the job.

What do you think of CABARET music & how close are they to the BLUES?

I covered that when I said I love Broadway show music.

I take it as it comes. Please don't forget me. 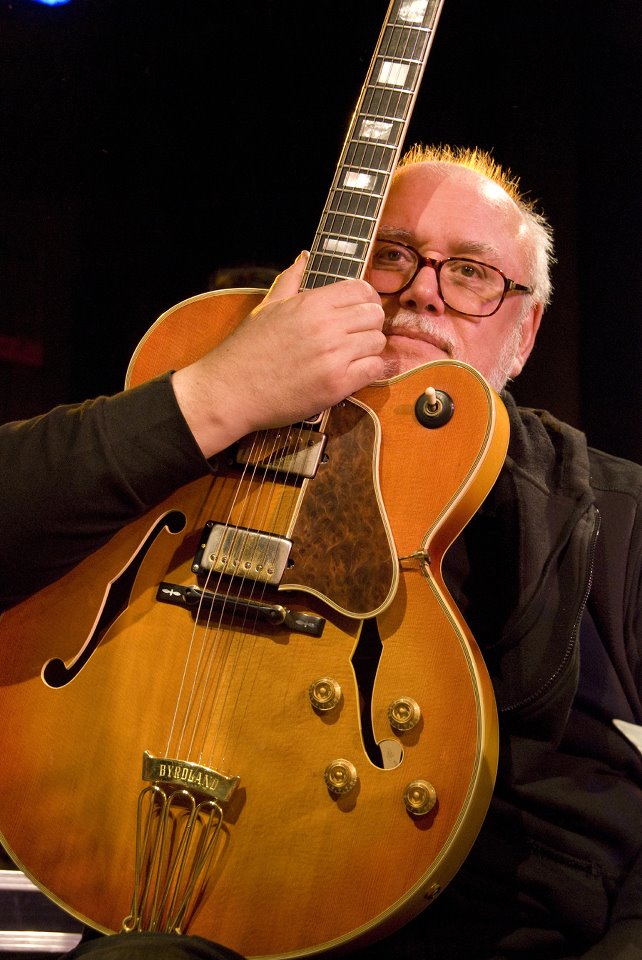