An Interview with the Chicago singer/poet/writer/painter Deitra Farr: Love whatever you decide to do and just do it !!

"I was a soul singer first. I am still a soul singer. I also sing gospel music. It’s blues, soul and gospel for me." 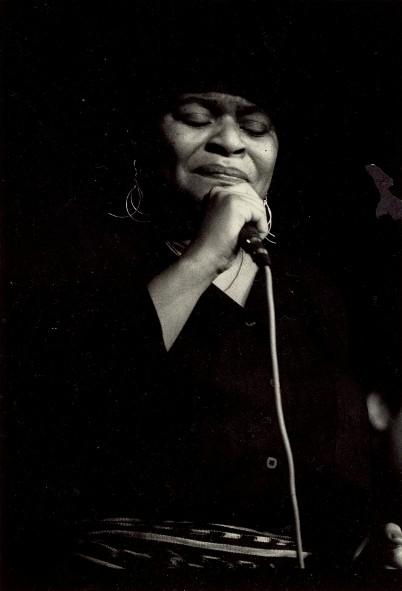 This Chicago native began her career in 1975, singing with local soul bands, before starting her blues career in the early 1980’s. When Deitra was 18 years old, she recorded the lead vocals on Mill Street Depo’s record ” You Won’t Support Me “. That record was a Cashbox Top 100 R&B hit in 1976. Over thirty years later, that recording has been rereleased and is popular again worldwide.

In 1983, Deitra began her blues career working at the major Chicago blues clubs, such as The Kingston Mines, The Wise Fool’s Pub and Blue Chicago. She also toured the US and Canada with the Sam Lay Blues Band. From 1993 to 1996, Deitra was the lead singer with Mississippi Heat, recording two CD’s with this all-star group.

In 1997, Deitra resumed her own solo career, continuing to sing blues, while reaching back to her soul music roots. After recording on eight previous CD projects with others, she recorded her first solo album, “The Search is Over”, for the London-based JSP records. In 2005, Deitra released her second album “Let it Go!” The multi-talented Deitra Farr is also a published writer, poet, songwriter, and painter. A graduate of Columbia College (Bachelor of Arts in Journalism), Deitra has recorded many of her own compositions and has written articles for the Chicago Daily Defender, The Chicago Blues Annual, and the Italian blues magazine il Blues. Currently she has a column “Artist to Artist” in Living Blues Magazine.

In 1990, Deitra represented the Chicago Tourism Bureau in Düsseldorf, Germany and has toured Europe, Israel, Mexico, Guadeloupe, Lebanon, and UA Emirates. Deitra toured Europe with the 2000 Chicago Blues Festival with Lil Ed and the Blues Imperials. In 2003, Deitra completed a six week British tour with Otis Grand and Bobby Parker, as the American Festival of the Blues II. She did the 2004 Chicago Blues Festival European tour with Jody Williams and Andrew “Jr. Boy” Jones. From 2006-2010 Deitra has toured with The Women of Chicago Blues project with Zora Young and Grana Louise.

Deitra, when was your first desire to become involved in the music & how has blues changed your life?

I decided at age 6 or 7 to become a singer after seeing The Supremes on television. The blues has taken me all over the world. I never imagined as a child, that I would sing in foreign countries. So far, I’ve sung in over thirty countries. 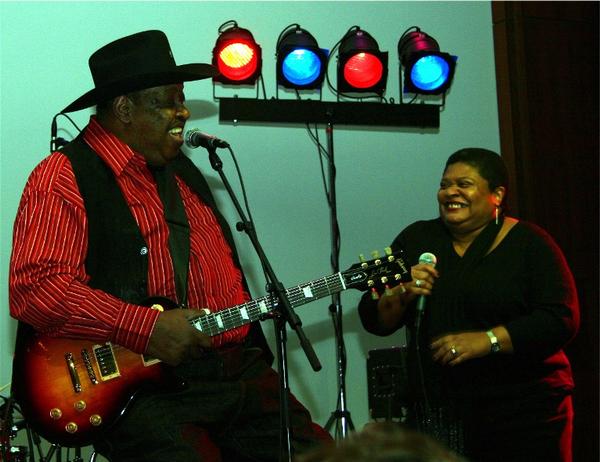 Which artists have you worked with & which of the people you have worked with do you consider the good friend?

Are there any memories from The Kingston Mines, The Wise Fool’s Pub and Blue Chicago, which you’d like to share with us?

I have fond memories of the Wise Fools. It was a cozy little place. It felt like I was entertaining in my living room. I loved that place.

I haven’t had my best career moment yet. The worst is when I’m not working.

How do you describe Deitra Farr's music? What do you learn about yourself from the blues?

I sing blues, soul and gospel. I sing good music. 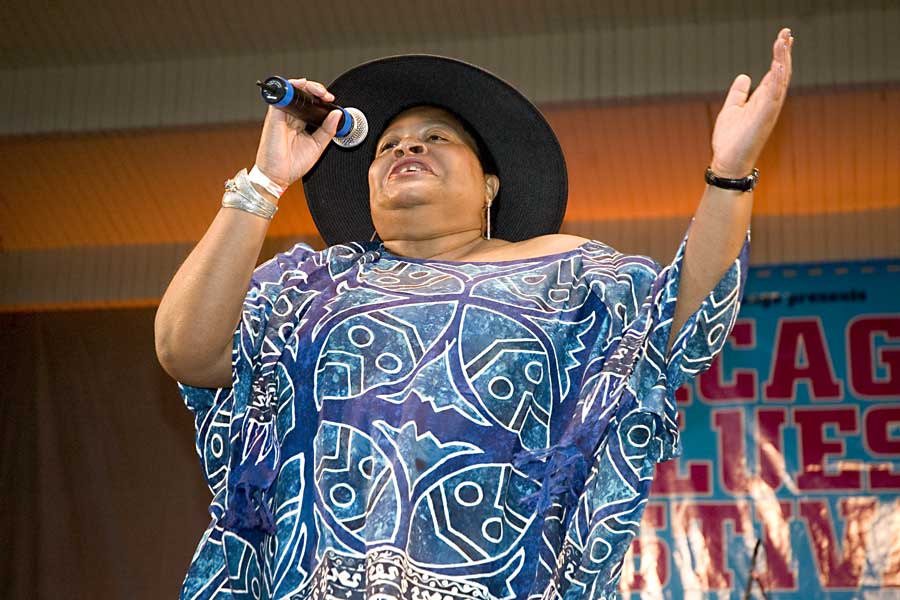 There are no secrets. You just play what you feel.

Has it always been all about the blues? Or is there any other types of music, you could say you have been strongly affected by?

I was a soul singer first. I am still a soul singer. I also sing gospel music. It’s blues, soul and gospel for me. I would sing jazz if someone asked me to.

When did you first realize you were a performer, that what you did onstage was affecting people?

During my early years in show business. 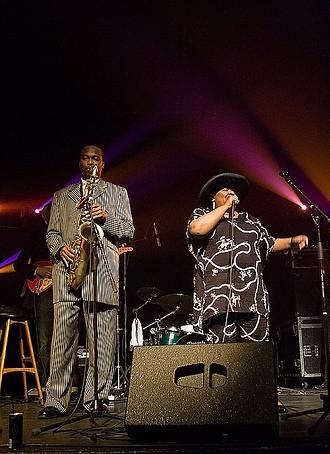 That people say they enjoyed the show.

I love the songs of Little Walter.

I've heard two sayings about the blues, which are a little bit confusing. One is "Blues is a healer". Another one "You have to feel blue to play Blues". If it's suppose to be a healer, why should it make one feel sad?

You do not have to feel blue to play the blues. Everybody feels blue at some times in their life. The music makes you feel good, so it is a healer. I would say all music can heal!

You have played with many bluesmen which are mentioned to be a legend. It must be hard, but would you try to give top 3, which gigs have been the biggest experiences for you? And why?

Performing  with  a gospel  group in Mexico City.

Performing on a cruise ship for a week in the Carribean.

Performing with Sam Lay in Birmingham Alabama. One of my idols Eddie Kendricks  of  The Temptations was the audience.

It’s not something that I think about so much. It’s a style of music, not so mystical. It’s just music! There are fewer people on the blues scene who can actually play this music well.

Love whatever you decide to do and just do it!!!

What experiences in your life make you a GOOD artist?
I don't know if I'm a good artist. I try to be one. I try to be honest. You have traveling all around the world. What are your conclusions? What's been their experience of touring in Greece?

I’ve enjoyed my travels around the world. They smoke too many cigars in Greece, but they have great food!

How/where do you get inspiration for your songs and poems & who were your mentors in songwriting?
My inspiration for songwrting comes from what I hear and experience. It could be from my life or somebody else's life. I have no songwriting mentors, but I admire anyone who can write a great story. My songs, my writing, my art come from my soul!

Do you think that your music, songs, painting and poems, comes from the heart, the brain or the soul?
I give God all the credit!!!

Which is the most interesting period in your life and why?
The most interesting period of my life was my teenage years. I went to live with my father after my mother's death. He let be  free to be me! He trusted me and let me do what I wanted to do! He let me go to nightclubs and shows, where I got to hear and meet some of the greatest performers of our time. Everybody from Michael Jackson to James Brown to Al Green to the Temptations. I got to spend time with those great artists. Martha Reeves kept me with her for an entire week when she performed in Chicago at Mister Kelly's. I was still in high school, sixteen years old. If my father had said no, I could not have done all these things. 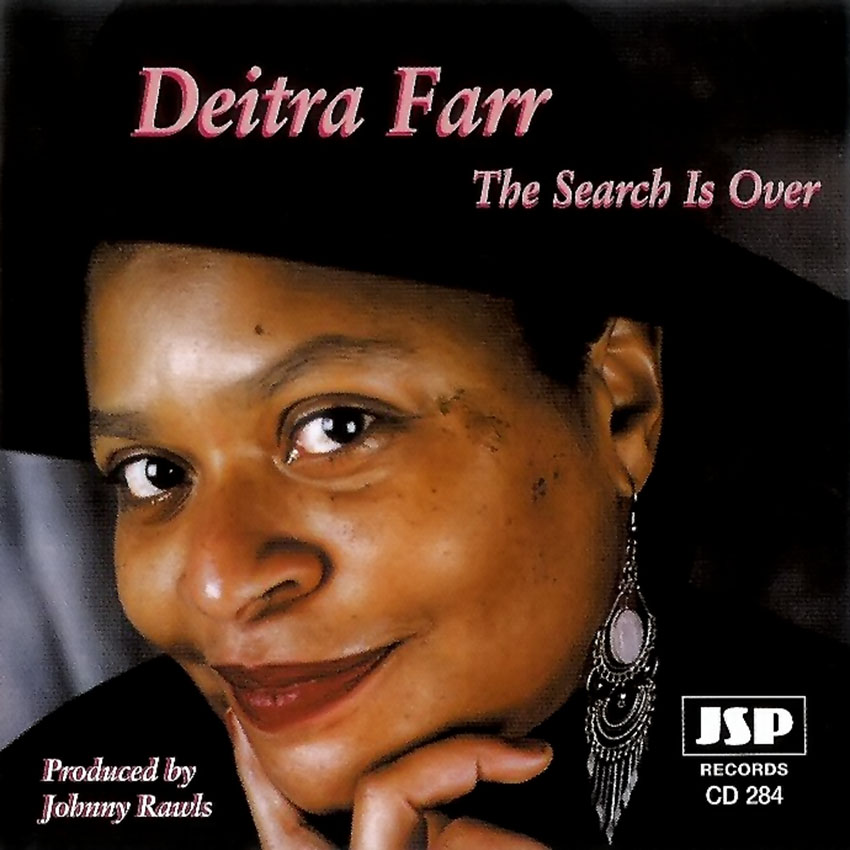