An Interview with versatile Arnie Goodman: The energy of the music is what comes out of my lenses

"Great photos are music to the eyes, you can see every note." 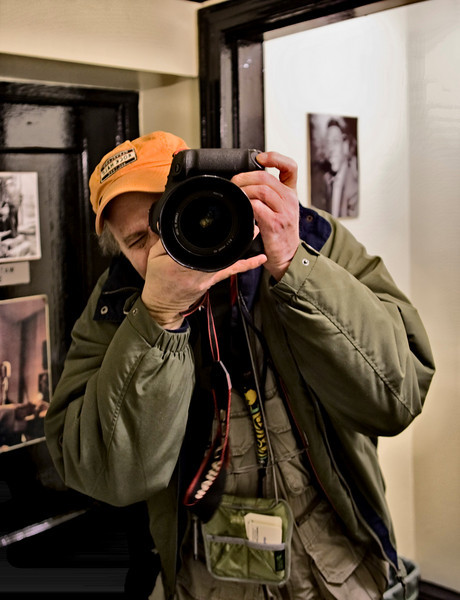 From 1998-1999, Arnie was the head of A&R at Mystic Music where he signed Scott Holt, Savoy Brown, Vince Converse, Mountain and Dale Hawkins. He also recorded but never released a Hubert Sumlin CD with guests Eric Clapton, Keith Richards, Paul Oscher and Levon Helm.
From 1992-1998 Arnie was president of Viceroy Entertainment Group, where he signed Alvin Lee, Steve Hackett, Steve Lukather, Innes Sibun, Savoy Brown, Sunset Heights, Robert Gordon, Cowboy Mouth and Paul Oscher. He helped re-start the career of Peter Green with the double CD "Rattlesnake Guitar-The Music of Peter Green." This was the first "tribute" release - one of the first CDs which assembled a variety of musicians to perform the music of an artist - and was followed by the acclaimed Knights of the Blues Table, the label's second tribute, dedicated to Cyril Davies, one of the founders of the British Blues scene.
From 1988-1992 Arnie was president of Bull Frog Studios, a leading pre-production studio in New York. Clients included Alice in Chains, Rory Gallagher, Metallica, Scott Gorham, Al DiMeola and Circus of Power. From 1974-1990, Arnie did tour managing for former Rolling Stones guitarist Mick Taylor and personal management for Savoy Brown, Paul Di'Anno, and Eddie Clarke of Fastway. Arnie's musical career began in 1974-1986 as the owner and operator of Zig Zag Records, a four-store chain specializing in collectible imports, blues and heavy metal. It was one of the first retail outlets in America to do in-store appearances. Bands that were featured included Iron Maiden, Motorhead and Patti Smith. 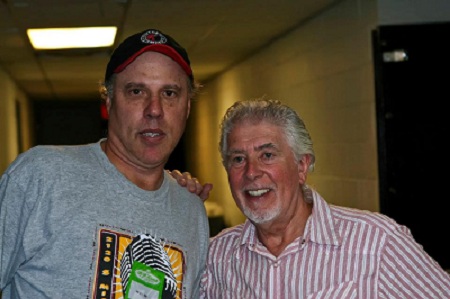 Mr. Goodman, when was your first desire to become involved in the blues?
What got me interested in the blues to start was hearing Elvis’s version of “Hound Dog “ and “Blue Suede Shoes”. Then came the wave of British Blues Bands, Alexis Korner, Graham  Bond, John Mayall, Fleetwood Mac, Savoy Brown ,Ten Years After, Mike Vernon (Blue Horizon), Cream, Chicken Shack. I studied these bands on where  they got their  material from (I have a record collection of over ten thousand albums) and that opened up the world of Albert King, Muddy Waters, Howlin Wolf, Freddie King, Otis Rush, Earl Hooker, John Lee Hooker, Magic Sam, Elmore James, BB king etc. to me. Over the years I have been lucky enough to build relationships with many of these artists and have been able to work with them on many levels, management, recording and photography.

What do you learn about yourself from the photography and music? What does “photo” offered you?
What I learned about myself from photography and music was that I should have been shooting photos on a regular basis from day one. Early on, I felt I was invading the musician’s territory; interesting enough over the years I had to clear many backstage areas of photographers. 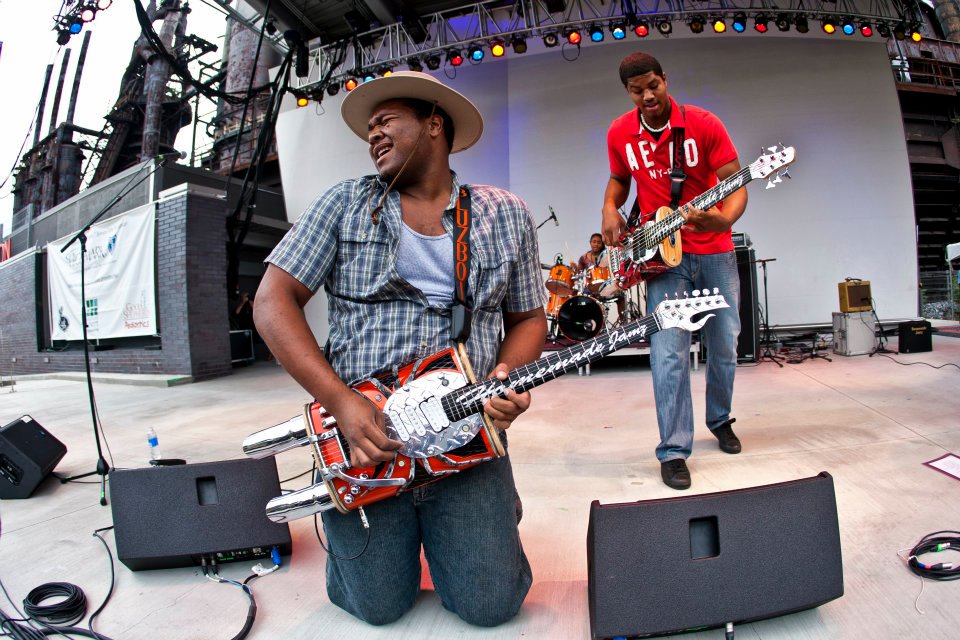 What characterize your work & progress, how do you describe your philosophy about the IMAGE?
Try to get image that will look as close to the live experience as possible, as little photo shop as possible and very little cropping.

How does the music come out of your lens?
The energy of the music is what comes out of my lenses

Are there any memories of all GREAT MUSICIANS you meet which you’d like to share with us?
This is a funny story: many years ago I was going to meet John Lee Hooker for a drink at a bar in NYC called Druids .I called Mike the owner ,and told him  that I was coming in with John Lee Hooker. Mike was not there and I left a message. When I got to Druids everybody was in the bar waiting for me, they got the message mixed up and thought that I was bring in Hookers, I guess they were disappointed (Druids caters to musicians). 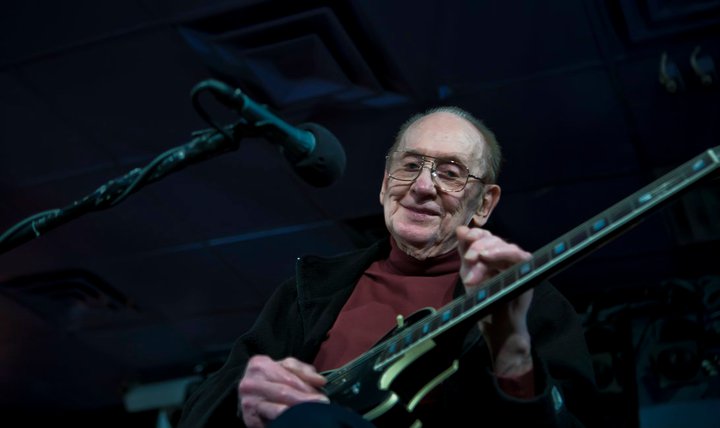 What are some of the most memorable shoots you've had?
Shooting the last show Les Paul ever played at the Iridium – Blue Cheer at CBGB.

From whom have you have learned the most secrets about the blues?
Kim Simmonds, Albert King, John Lee Hooker, Mick Taylor, Hubert Sumlin, Peter Green and Lonesome Dave.

You had pretty interesting project Blue Storm Music.  Where did you get that idea?
Blues Storm emerged from the Viceroy label .One of my favorite labels was Mike Vernon’s Blues Horizon Label –that’s who I modeled it after. Pete Brown has always been a huge help to me in getting many of the projects  done, Rattle Snake Guitar, Knights of the Blues Table, Clarksdale to Heaven ,Savoy Brown, Alvin Lee, Paul Oscher, Sun Set Heights, Vince Converse, LLC, Scott Holt,Walking with the Kings, Innes Sibun, Mo Blues, Bobby Murray etc. 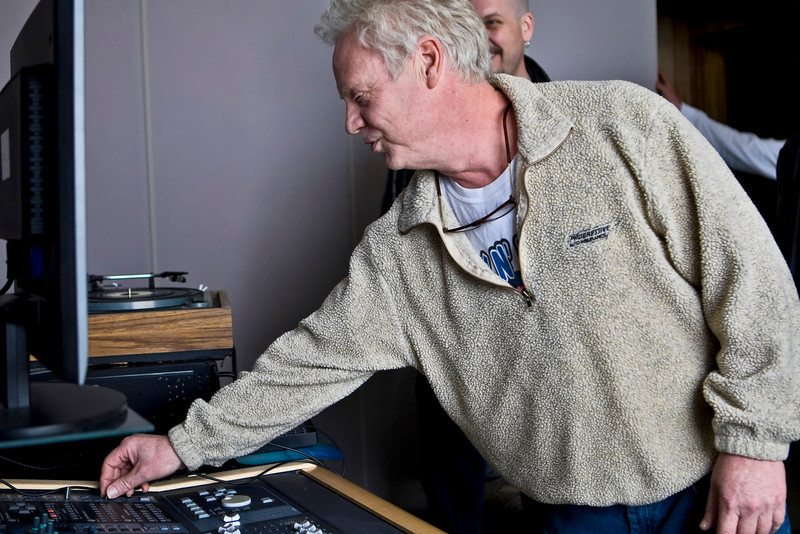 How has the blues business changed over the years since you first started in music?
The biggest difference in the business now is it it all about the numbers not the music. Digital has done it’s job in destroying the business. I still love analog.

Why did you think that the blues continued to generate such a devoted following?
The blues has many iconic artists that are trend proof interestingly enough many blues artist become more popular the older they get.

Some music styles can be fads but the British blues is always with us.  Why do think that is?
Many of the British Blues Groups music go well beyond just the blues fans, because they had hits, Ten Years After, John Mayall, Savoy Brown, Climax Blues Band, Peter Green's Fleetwood Mac. The most electrifying performance I saw last year was Ten Years After  at the Windsor Blues festival and they drew over 10 thousand fans that new all their songs, ”I'd love to Change the world”, ”Love like A Man” and ”Good Morning little School Girls” 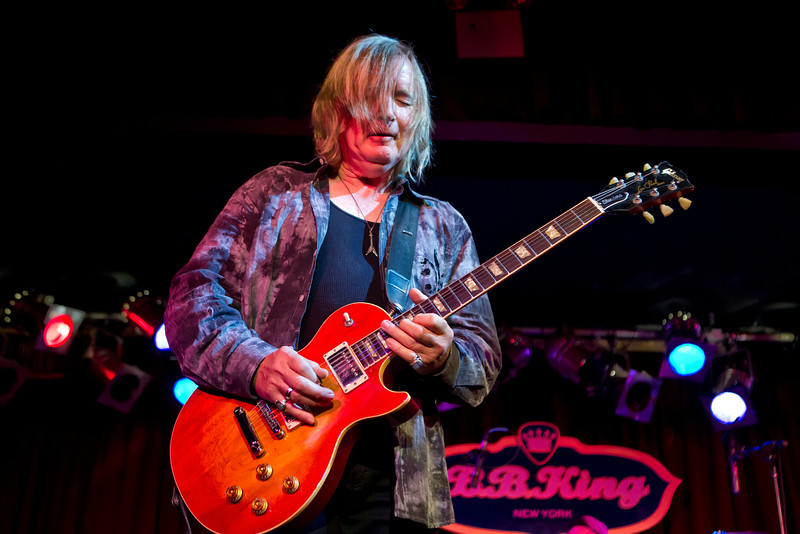 What are some of the memorable stories from Viceroy Entertainment Group, you've had?
The most memorable project at Viceroy was doing the Rattle Snake Guitar the Music of Peter Green album with Pete Brown. It helped bring Peter Green back and unfortunately the last two tracks Rory Gallagher did appear on that album. The array of artists that wanted to be the album where unmatched, maybe one day there will be Vol 2.

Who from THE MUSICIANS you have shoot, had the most passion for the image & camera lens?
The musicians that seem to have the most passion about their photos are Jim McCarty from the Yardbirds and Drummers are hard to shoot. Leo Lyons the bass player from Ten Years After – great movement and Nathaniel Peterson bass player and singer from Savoy Brown and the Project, very interesting physically. Would you mind telling me your most vivid memory from your shootings in gigs and festivals?
When shootings one band at gig or festival takes going in with game plan. I always try to get their early to get a feel to what the lighting will be like and look for places to shoot from; in most cases I am pretty familiar with the band. I will always bring two bodies with me and use one for Wide angle and the other for telephoto. At festivals there is always the decision of who to shot, I feel if you try to shoot too much you burn yourself out. Some of the most interesting shots are not stage shots. The Key to great photos is accesses.

Which is your favorite photo? In which photo can someone see the best of your work?
My favorite photos are the ones that the photos editor picks to be in their magazine or the artist or the publicist want to use - The Joe Bonamassa photos from the Beacon and Jack White, Wanda Jackson – Williamsburg Music Hall where used in a number of places. My goal is for all the photos I take to be seen by as many people as possible 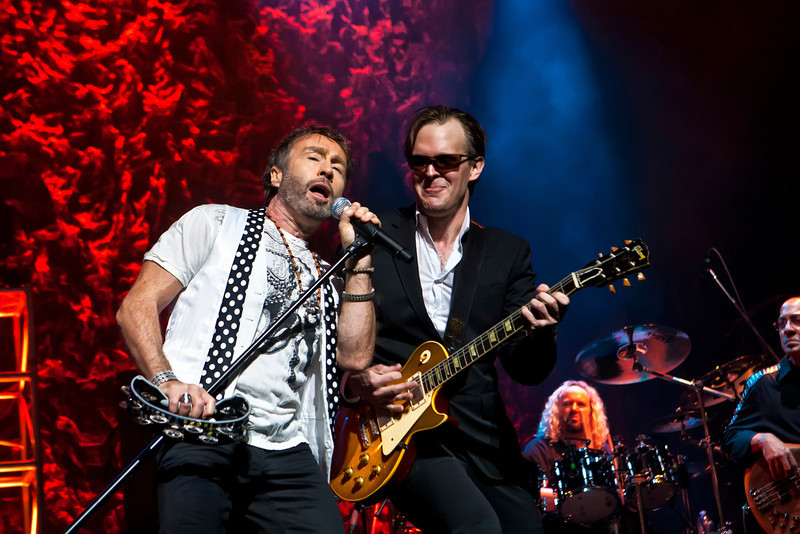 How would you describe your contact to people, when you are “on the project”?
In most cases my contact with people comes from artist and Venues that know me and Elmore magazine. When an artist brings me into shoot I will discuss beforehand exactly what he wants.

What advice would you give to aspiring photographers thinking of pursuing a career in the craft?
To an aspiring photographer – Shoot as much as you can and try all kinds of the subjects – I learned how to shoot by shooting birds, if you can shoot a bird in its eyes a guitar player is piece of cake. 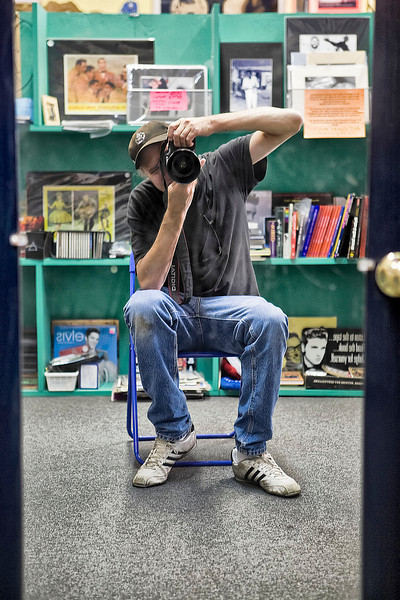 "A picture is worth a thousand words" it is certain…can music has image and the image to have notes?
Great photos are music to the eyes, you can see every note.

Which of the musicians were the most difficult and which was the most gifted on pickup lens?
Drummers are the hardest to shoot mainly because where they are set up and the Cymbals in front of them, the lighting makes it hard to get fast shutter speed

What is the strangest desire that someone have request in the shooting?
Recently somebody wanted me to shoot out of focus photos; I guess they thought it was artistic. Which memory during of your shooting makes you smile?
What makes me smile is a great performance.