Artist Rosemary Marchetta talks about her experience at River City Reunion, and her anniversary project

"Anyone that feels they want to make art should make art."

Rosemary Marchetta: Nostalgia for an era gone by...

Multi-disciplinary artist and photographer Rosemary Marchetta graduated from the University of Kansas in Lawrence. She returned there to photograph The River City Reunion in 1987. Marchetta has participated in multiple solo and collective exhibitions of painting and photography, and has won several awards for her art. 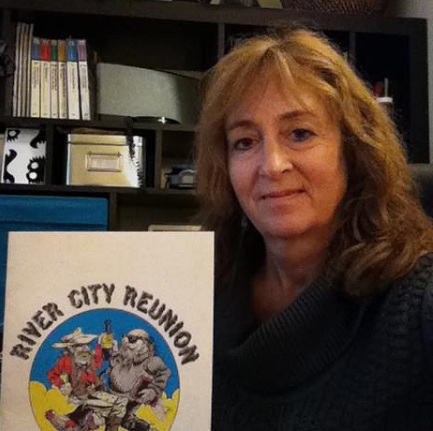 Her creative process involves constant experimentation with different materials, which has led her to develop new techniques and a means of expression uniquely her own. Most of her recent work revolves around the use of photographic images in thoughtful and thought provoking pieces on a variety of themes including art marketing, the original vs. reproduction debate, or subliminal messages in interpersonal communication. Although born and educated in the US, Marchetta has traveled extensively and spent many years living abroad.  She currently lives and works in Providence, Rhode Island.

In September of 1987 a group of visionary poets, artists, and performers representative of the cultural and literary movement known as the Beat Generation gathered in Lawrence, Kansas for a week-long literary festival of readings and diverse activities. The photographs presented here document some of the highlights of this event. Perhaps even more significantly, they stand as a testament to the pre-digital, post-hippie era of the late 1980’s, revealing a moment in time which, seen from the vantage point of 25 years down the road, poignantly evokes a sense of how things have changed.

Rosemary, when was your first desire to become involved in art? 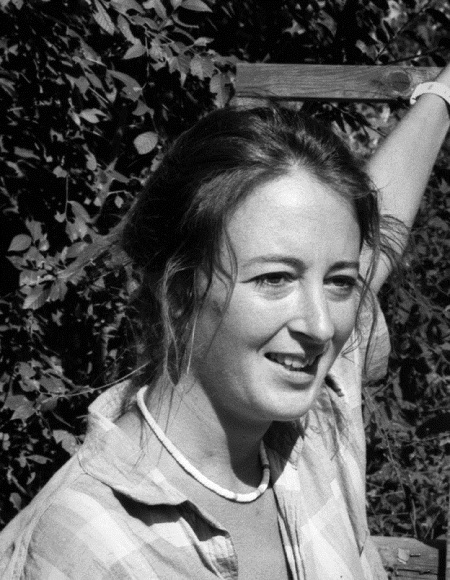 I have been interested in art making for as long as I can remember.

What do you learn about yourself from art? What does “art” offer you?

Art making is always a learning process for me.  I create something that I feel wants to be born through me.  Sometimes I don’t understand it completely on an intellectual level until after the piece is done, although I know when it is right.  My pieces are often the result of me grappling with a new concept.  Making art is a very rewarding experience personally.

What characterizes your work & progress, how do you describe Rosemary Marchetta’s philosophy about art?

I tend to work with different materials for different pieces, and most of my recent work involves 3-dimensional or tactile elements along with 2-dimensional images, which are often photographic.  The work is not narrative, but references concepts and ideas in a more abstract or symbolic way.  I am not satisfied with a piece until I feel the emotional content is adequately conveyed and the ideas are fully developed and expressed in a way that others can grasp.  I create pieces that are meaningful to me - my work is a dialogue with myself as well as with others.

The River City Reunion was definitely my most memorable shoot.  I have been more involved in photography as part of an art-making process, rather than as a means of documenting events, so this reunion was a project that was different for me.  The event was unique and fascinating in so many ways that it will always stand out as being a very memorable occasion.

What do you miss most nowadays from the River City Reunion?

When I look at these photos I am filled with nostalgia for an era gone by.  Just the fact that an event of this dimension was held in such a low key setting, where the performers mingled with the spectators and there was no security or massive media presence is an indication of how much things have changed. How did the idea come about and what's the legacy of River City Reunion?

It was Allen Ginsberg who first planted the seed for organizing the River City Reunion.  William Burroughs’ personal secretary, James Grauerholz, discussed the idea for the reunion with Ginsberg, who fully supported and helped to promote the event.  Grauerholz worked with members of the English Department at the University of Kansas, and was joined by William Rich in putting together the final program for the weeklong event.  There were daily performances, poetry readings, and multiple activities by the invited guests as well as open-mike readings and performances by students and local artists.  Some years later a similar gathering was held in New York City, without the presence of William Burroughs, who was too infirm to travel at that time.  Although many of the same Beat Generation poets were in attendance, this gathering lacked the intimacy and informality that characterized the River City Reunion.

William Burroughs spent the latter part of his life living in Lawrence Kansas, where I used to live.  Although many people I knew socialized with him, I did not have any contact with him.  One one occasion, however, I was invited to his house for a small get together.  Upon learning that I was an artist, Burroughs led us to a room where he had a collection of his recent shotgun paintings.  He was pleased with the technique that he had developed of shooting pots of paint in front of pieces of plywood.  At the time I was not especially impressed with the splattered, shot up pieces of wood, but in hindsight I think his novel approach to visual art making was very much in line with his cut up literary technique, and the resulting art a faithful representation of his personal vision. 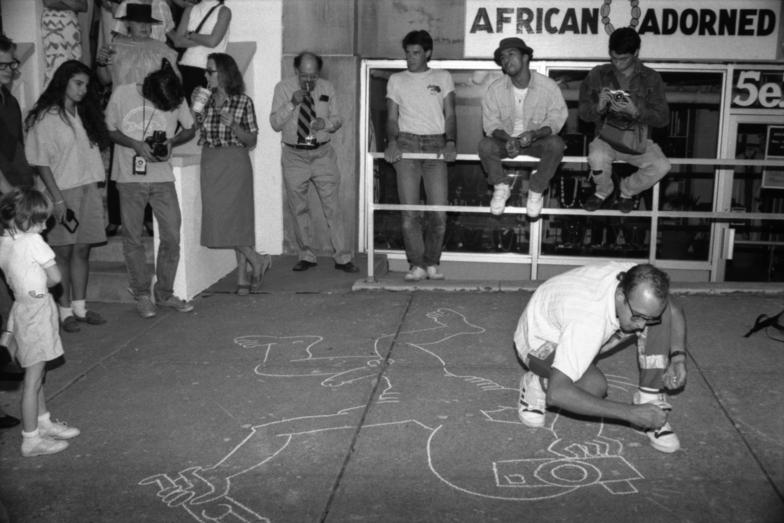 Would you mind telling me your most vivid memory from Keith Haring?

In the book ‘River City Reunion Revisited’ there is a photo of Keith Haring doing one of his characteristic drawings on the sidewalk.  Allen Ginsberg stands with others in the background lighting a cigarette.  This was not one of the scheduled events of the reunion, rather, it was an impromptu moment just before dusk when a group of casual observers joined performers in witnessing Haring. What I love most about this photograph is the nonchalant expressions and postures of these people in the background, in contrast to the intense focus of Keith Haring in mid act of creation.

Danny Sugerman had stopped taking drugs by 1987, when the River City Reunion was held.   He talked about how bad they were and discouraged young people from trying them.  His books, however, detail accounts of parties lasting days on end, and I have heard more than one person remark after reading his books that they would like to try to consume large amounts of drugs to see what it is like.

Which is the most interesting story from Jello Biafra?

Jello Biafra’s talk at the River City Reunion was intelligent, insightful, and highly entertaining.  He gestured wildly while speaking, and in every photo I have of him his mouth is open and his hands are moving.  One of the funniest parts of his presentation was when he listed possible names for bands that were ultimately rejected in favor of the ‘Dead Kennedys’, the controversial name that was chosen for the punk group that Biafra formed with others in 1978.

Jello Biafra during his performance at Liberty Hall.

What advice would you give to aspiring artists thinking of pursuing a career in the craft?

Anyone that feels they want to make art should make art.  If one has an urge to write, they should write, or paint, or freely practice whatever creative urge satisfies them.  And after they complete a piece they should spend some time critically reviewing their own work to determine how to improve upon it for their next creation. That is the only career strategy I recommend.

Both praise and criticism has been heaped upon the writings of the Beat Generation, and the lifestyles of some of it’s chief representatives.  The controversial content of their material is part of their mystique.  But for me the heart of their cultural legacy lies not in the content of their works, but in the fact that these writers were not hesitant about speaking their own truths, despite rejection from institutions and accepted literary circles.  The issues these writers passionately embraced - the defense of free speech, the rebellion against a militaristic and materialistic society, the free-spirited search for personal expression - are are all very much contemporary issues.  As long as there is repression and limited freedom of artistic expression I think these writers will continue to generate a following

During the 1980s I looked around and realized that the 60s were definitely over.  Many young people were much more conservative than the preceding generation, and getting an MBA and joining corporate America was a common goal.  Now it appears that the 60s values have become popular again, people have lost faith in the principal political and cultural institutions, and the youth are questioning the wisdom of a society where the few dominate the many. We shall see where it leads. 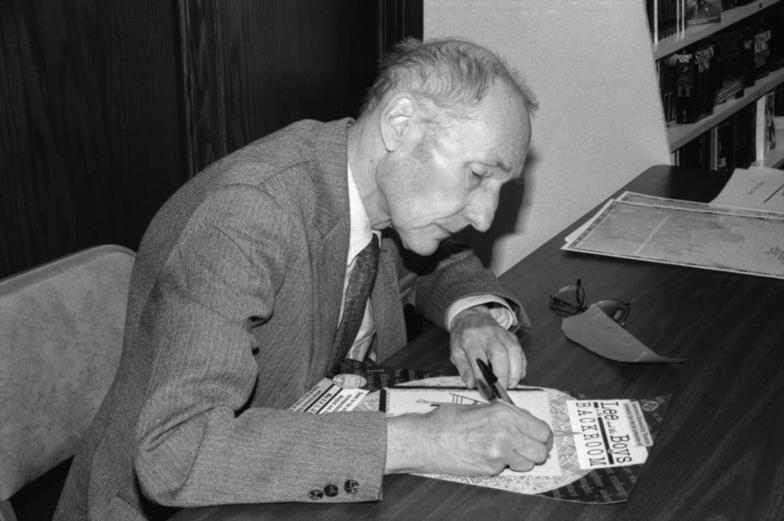 Who from the River City Reunion's persons you have shot, had the most passion for the image & camera?

During the River City Reunion my role was as a photojournalist, documenting what was taking place before me.  People did not pose for the shots, and although it was obvious to them that they were being photographed, they were often not looking at the camera. The selection of photographs that appear in the book were chosen with the idea of giving the viewer a sense of the place and the activities that were part of the event, rather than just straight portraits.

What is the best thing that you learned from River City Reunion? Do you know why the Beat Art is connected to underground culture?

The content of a lot of Beat literature - homosexual sex, drug use, profanity...- was not acceptable to mainstream publishing houses.  Much work had to be published through small, independent publishers and distributed by the same means as a lot of left wing political literature.

What is the strangest desire someone requested during a shooting...and what from the River City Reunion's motto does you liked most?

I have not really had any strange requests... There was not really a motto as part of the reunion.

How you would spend a day at a New River City Reunion?

Ideally, I would walk around, camera in hand, going to as many events and taking as many pictures as possible.  It would be wonderful. 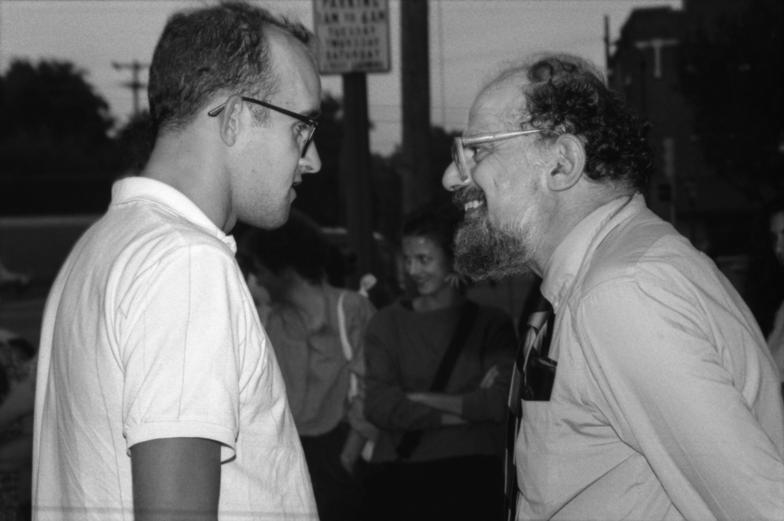