"The devaluation of music as a true profession. The attitude and philosophy that music should be free…recorded and live - totally ridiculous. I value what I do in every way."

Steve Tallis: A Shaman of Freedom

Steve Tallis started playing music in 1962. Music is his calling. From birth he was surrounded by the music of his Macedonian ancestors and the ethnic music of Greece, Yugoslavia, Bulgaria and Turkey. Listening to live music at picnics and dances as a small child opened his mind and spirit to trancelike rhythms, improvisation and chanting. He started listening to the sounds of the radio Dylan, Them, Animals, Stones, Manfred Mann, Hendrix, Yardbirds, Kinks, Loved Ones, Spectrum etc. He searched back further to the roots of the music he loved –and then back to the source– Africa. Steve is an Australian Griot, a Blues Shaman. He has lived and performed in America, Europe, and Asia – supporting some of the biggest names in music. Influences include Leadbelly, John Coltrane, Tim Buckley, Captain Beefheart, Sun Ra, Tony Williams, Van Morrison, Howlin Wolf, Tom Waits, Jack Bruce, Kip Hanrahan and Dylan.                                      Photo by Frances Andrijich/All rights reserved 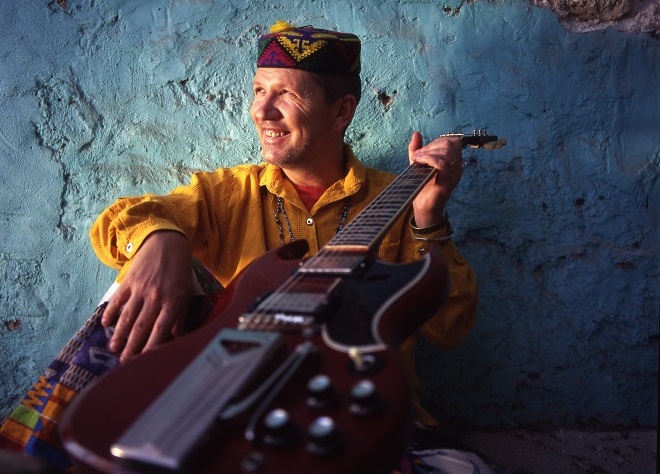 African, Indian, Haitian and Arabian music have all had a spiritual and rhythmic influence on his own work. His love of blues, gospel and a cappella field hollers shows both in his live shows and recordings. Two lifelong ambitions came true when he toured in India and Pakistan. Explorations into Vodou, Tantra, Buddhism, Sufism, The Bible, Hinduism, Taoism and Native Americans have affected him deeply. Awards include Songwriter Of The Year, Most Original Work, and Album Of The Year. Steve was also inducted into Western Australia Music Industry’s Hall of Fame and is featured in the books – Whos Who of Australian Rock and Blues, Working Musicians and Further Down the Road. His Eight CD Box Set – Anthology Volume One: The Sacred Path of The Fried Egg Maylands To The Gates of Hell (1962-2001) is a piece of Australian music history. The first time in Australian music history that an independent solo artist has released a box set. Steve was also awarded an Arts WA Contemporary Music Fellowship in 2003 to study, compose and tour with master musicians in Africa, India and Greece. Steve Tallis is unique, fiercely independent and is not a man to be compromised.

What do you learn about yourself from the World folk music and culture?

My ancestors are Macedonian/Greek...music was played in my house all the time from birth–ethnic music from the Balkans, Jazz, Blues, Rock n roll, Rock/Pop. I never use the term “world” music...I prefer “Ethnic” or “Folk” music. The term “world music” was purely a marketing term invented by certain people in UK.

The expression of my personal feelings, beliefs, philosophies. My roots, The foundation for my original compositions. I listen to it everyday. I listen or play music from the moment I wake up till I go to sleep.

How do you describe Steve Tallis sound and songbook?

I don’t...I leave that to others...My roots are in music from the Balkans, Blues, Gospel...I listen to a wide variety of music…it’s my life - for 54 years now. I have a huge repertoire...500 originals alone, more than 1000 Blues, Gospel, Singer-Songwriters – I never copy, I interpret any music which is not mine. 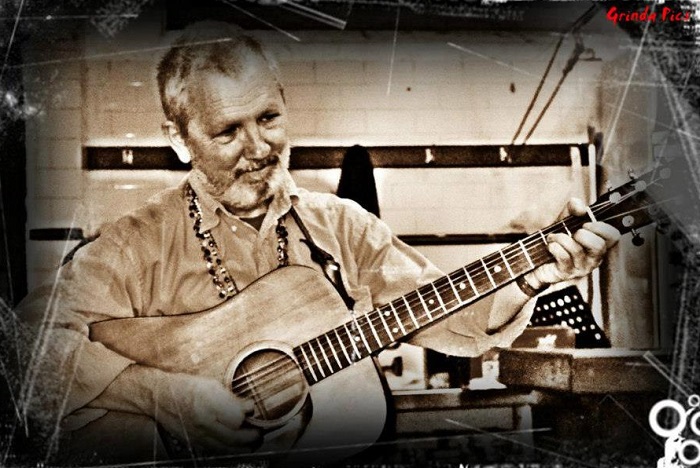 "For me it is all connected and important. Music is a very powerful healing and spiritual force in my opinion. My music is being used by 2 therapists in their treatments of their patients. I find that very satisfying and humbling." (Photo by Greg Walsh--Grinda Pics/All rights reserved)

Freedom…personal and, if with a band/other musicians total freedom to create the music…There are no such things as mistakes in my philosophy. No rules. I never rehearse. Even for recordings. Most of the time the musicians at the studio just listen to me playing the songs solo, we discuss the song and always record live first take then put some layers down – guitar, backing vocals, percussion, etc. For what I do it works. I pick up musicians all around the world when I tour. I send them my CD then tell them to forget it. I never try to replicate my recorded songs.

What were the reasons that you started the social, spiritual, artistic and countercultural researches?

I started that from basically when I was a small child….I was always passionate about music. I started playing music in 1962. I’m deeply interested in healing, Ayurvedic herbs, spirituality, philosophy, religion etc. In 1976 I was given 6 months to live…after 15 years of drugs and alcohol abuse. Now I am feeling the healthiest I have ever felt in my life.

Meeting and opening for Bob Dylan...”stay true to your path”...Same advice from Johnny Copeland. Nobody or nothing can change my self belief or faith in my music. Not so much a meeting but a critical turning point n my life was when I was 11 years old. My mother and father took me to see Louis Armstrong (and Trini Lopez) at the most important music theatre where I lived. I walked out of that concert and told my mother that that was what I wanted to do with my life – and my music – whatever Louis did to me spiritually that night. Completely blew my mind.  After that show I saw every international and touring act at this theatre - eg Dylan, Stones, Kinks, etc . A very big influence and inspiration in my life. 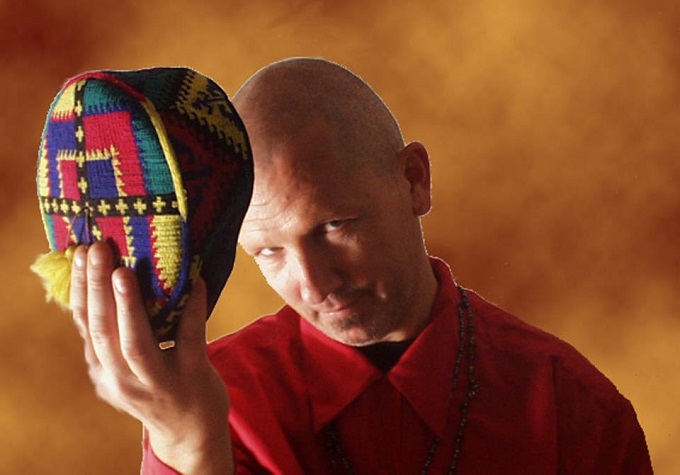 Too many really–apart from Bob Dylan…I have toured all around the world...some special moments were playing in Africa (Ghana) at Panafest, India, Pakistan, Mexico, New York, London and of course Paris where I lived for 5 years...All my recording sessions have been interesting. I’ve released over 40 titles since late 1960s. I did a 7 hour show in Paris once – amazing show...1x2 hour set, 15 minute break, 1x4 hour set, 15 minute break, 1x1 hour set...unforgettable...but I always play long sets. Also I released an 8 CD Box Set with a booklet with recordings dating back to 1965/2001. No tracks off any previous album–rehearsals, vinyl, live concerts, house recordings etc - The first in Australian music history.

Nothing really - possibly the sheer quality of the songwriting and the musicians. The past is history, part of my journey, my history. I prefer to focus on the now. Possibly the only thing I miss is not to have been able to see all the great musicians who have inspired me live in concert. I guess I miss the simplicity and the discipline of bands from the 1960s etc – live recordings basically. I am always searching for new music, music I have never heard before. I listen to a lot of music.

I fear nothing and no one. I will just continue to play music, tour, record etc till the day I die. I don’t really think in terms of “hope”– I just focus on survival basically. New albums, new shows, new songs.

The devaluation of music as a true profession. The attitude and philosophy that music should be free...recorded and live - totally ridiculous. I value what I do in every way. There is way too much disrespect towards musicians and others involved in the Arts–not so much in Europe. I find Europeans much more respectful than eg Australia. 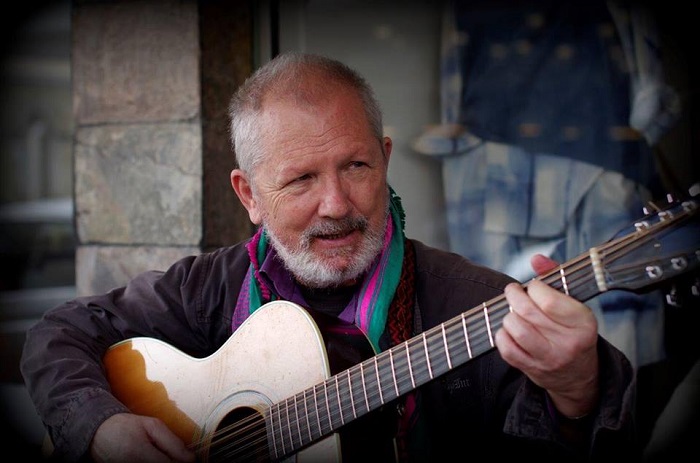 "The Blues is...The expression of my personal feelings, beliefs, philosophies. My roots, The foundation for my original compositions. I listen to it everyday. I listen or play music from the moment I wake up till I go to sleep." (Photo by Hank Kordas, 2015/All rights reserved)

What are the lines that connect the legacy of Blues with genres and forms from Africa, Asia/India and Balkan?

The rhythms, melodies, lyrics, passion, sincerity, honesty. To me it’s obvious. I have recordings on vinyl mainly (I have a huge vinyl collection–10,000 albums at least) from eg Senegal and the melodies are identical to certain songs by eg Leadbelly. I’ve always been curious about the connection, the thread. I hear very similar threads with Rembetika, Fado, Flamenco and obviously African music–particularly West African.

Performing in India, Africa, Pakistan and Mexico. Also living in Paris for 5 years. Laughing wise – the 7 hour show in Paris. The day Nicolas Sarkozy was kicked out. Big celebrations in Montreuil (where I lived) and Paris...3 weeks non stop.

What is the impact of Ethnic –and spiritual- music to the racial, political and socio-cultural implications?

For me it is all connected and important. Music is a very powerful healing and spiritual force in my opinion. My music is being used by 2 therapists in their treatments of their patients. I find that very satisfying and humbling. 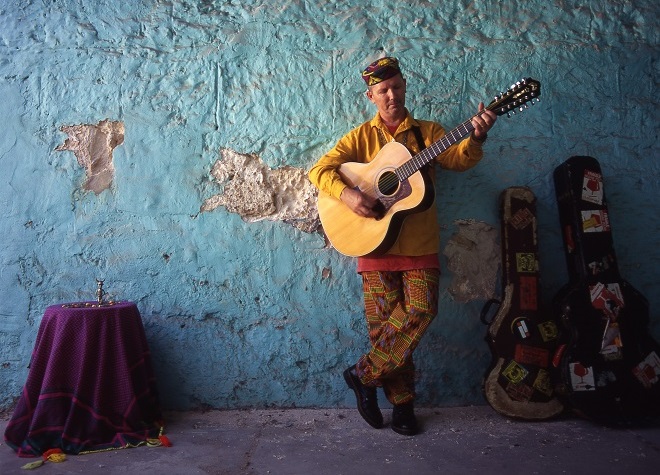