Vienna-based accompanist, singer/songwriter & pianist Otmar Binder, who had been studying with Hepi Kohlich at the University of Music and Performing Arts, Vienna, up until the springterm of 2010, uses his myspace-site primarily to upload the music he grew up with & cherishes the most: traditional jazztunes as well as (Piano-) Blues & Boogie. Totally amazed by pianist extraordinaire Oscar Peterson at a concert taking place in Vienna in 1982, he also added brilliant artists such as Lucinda Williams, Dianne Reeves, Betty LaVette, John Coltrane, Steve Earle, Jackson Browne, and, of course, Stevie Wonder amongst his major influences. 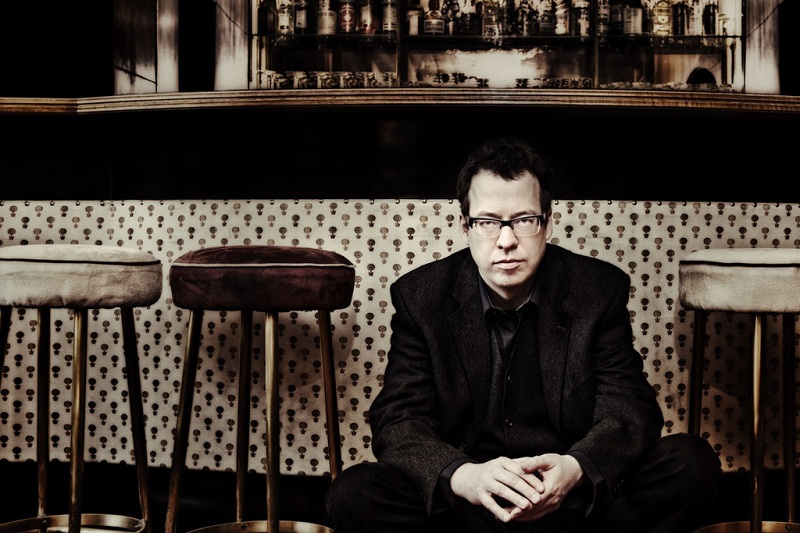 It all started back in 1978, when his father brought home the debut album by a brand new band, “Mojo Blues Band”, and that was it for him – as soon as the record-player’s needle lifted up at the end of the record; he started it back from the beginning. So much for the good-old “boogie-woogie epiphany” so many young players experience.

In fact, he always dream of playing with musicians able and willing to offer everything they have, from wherever they may have picked it up from – whether it be from years of playing this specific style of music, or from interaction with jazz, classical, tango, cabaret, etc…

When was your first desire to become involved in the blues music and what does offer you?

It was the good old hooked-on-blues-from-the-very-start-story: My father taught at the school Joachim Palden and Erik Trauner, the two founders of the (Austrian) Mojo Blues Band went to, and one day, I was eight years old, he came home and brought me their debut-album: It was called Shake that Boogie Woogie – I turned it on and I loved it right away. Same with an Albert Ammons’ LP my parents gave me when I was around that age: it got to me right away, I’ll never forget that green sleeve (and Swanee River Boogie being the first track) – I can honestly say that I loved Jazz from early on – Oscar Peterson, Louis Armstrong, Ben Webster – and related to the strength of the music immediately.

From a piano-player’s point of view playing Boogie Woogie and Blues-Piano prepares you to do so many different things: focusing on independence of the hands, improvising and playing patterns that can be used in so many other styles as well, keeping time and so forth will serve as very solid starting points for further explorations. All started back in 1978, when his father brought home the debut album "Shake That Boogie" by a brand new Austrian group, Mojo Blues Band, and that was it for him

You know there’s always so much space to improve one’s playing, but I believe in playing with others that might be more experienced than oneself and staying open-minded. (I think that’s changed quite drastically over some time recently: Many musicians really respect music they don’t collect (or play at home) – there’s good to be found in many styles... Also, mind you, enjoying life, and being around positive people – having interests and a life outside of music is considered by many as helpful in achieving goals.

One of the things about performing music is that if things go well (and so many matters contribute to that) chances are you’ll have one of the greatest nights ever (I really mean that although it’s a cliché thing to say) – so any good concert feels equally good and rewarding – another “best moment”, so to speak. What’s funny is the longer I do it, the more serious it seems to become – so it’s not a “routine”- thing in a way at all: it’s more like trying to improve the various aspects of making music: focusing, listening and all that.

Are there any memories from recording time with Christian Dozzler and BJ Cole, which you’d like to share with us?

I’ll tell you something about the recordings: Other than having worked with Alexander Lackner, our bass player, I had never played with any of the musicians outside of the recording-situation. I had heard everybody play at various instances (Michael Strasser, the drummer, at a concert with Axel Zwingenberger, Christian Dozzler, who joins me on the piano - and who is also being featured as a blues-harp-player - at the local jazz club called Jazzland and so forth) but we all wanted to keep it fresh and spontaneous, so we didn’t rehearse: We just recorded right away (and that might answer the question “what does it offer?” – that is one of the greatest things about blues music: you can play it right away with anyone. And regarding BJ Cole: You know, BJ lives in London so he overdubbed the tracks he played on – just imagine me listening to a rough mix of Brighton to Boston (which was the first track he played on)…I love his guitar-playing so much, whether it‘s pedal-steel or slide guitar, I was really very fortunate with everybody involved in the album.

Another beautiful thing was that Joachim Palden, who showed me some boogie-stuff when I was 8 years old, was now doing some of the recording for the album: literally sitting behind the mixing desk - the guys mixing the album enjoyed it (and that also really meant a lot to me) just as the photographer and the designer – the musicians were very supportive – everybody knew I was just very much following my heart here and were willing to go along.

It’s time to “put the cards on the table” as people in Austria would say: You know I’m not really a blues-pianist – I play pop music mainly and some French chansons (as an accompanist of actors in Vienna). Now clearly, the album is a labor of love (as said above) but when it comes to writing songs (as in adding lyrics and vocals) the inspiration for writing lyrics could be anything: a touching scene in a movie, or something someone said or anything like that, and the music follows the lyrics – the rhythm, the tempo – and anything can be a resource for inspiration: Jazz, classical music, pop, anything that’s truthful and well crafted. And I’m pretty much rooted in music from the 70s, so there’ll always be some Jackson Browne, Elton and Randy Newman – some Floyd Cramer and hopefully some Fats Domino – who, when he was a kid, got hooked on Albert Ammons’ version of Swanee River Boogie.

I think we all keep on learning always, and there are so many great players around (and the blues is essential texture of so many great piano player’s playing – Benny Green and Peter Martin, yesterday I came across a fine player called Aaron Diehl and there are way too many others to mention) but since I started listening to Boogie Woogie and Blues music as a kid, let me again mention of course the Mojo Blues Band, Joe Turner, Champion Jack Dupree, and the two great German piano-players (and singer) Vince Weber and Axel Zwingenberger, who, as we all know, had so much influence on a lot of younger players. 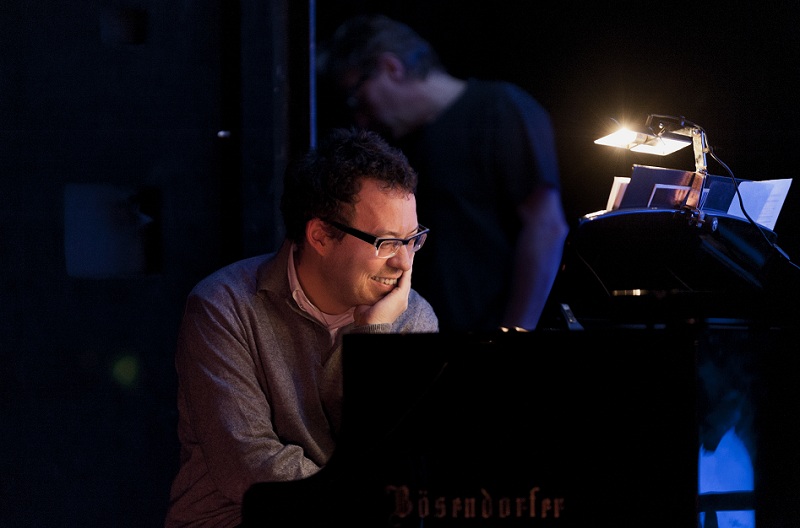 What is the “feel” you miss most nowadays from the 70s Mojo Blues Band era?

I totally loved their self-confidence. I mean, they were 17 years old, and put an album out with a music-style that wasn’t totally agreed upon back then: They really went for it from that age on – and apart from being courageous, they were really very good. I had a lot of respect for that! It had a raw energy to it; you could really tell how much they really wanted to do this thing! So, really, I don’t miss anything when I hear them play today – if you get a chance, please also hear their excellent piano-player Charlie Furthner playing on my album on a track called “At last”.

I think it’ll always be there and the beauty of it is that people sense right away whether it’s real or not (might be due to the fact that the language, the vocabulary, is so well established, and someone singing their heart out is really easy to detect.)

No, I don’t think so. I know a blues when I hear one, and I get very comfortable whenever there’s good music: So whatever the label may be, it’ll always be the music that matters.