"I think Rory's music is still current today because its good, Rory was a one off, A great guitarist (If not one of the best) A great song writer and performer. So it doesn’t surprise me that people still want to hear his music!"

Band Of Friends: A Celebration of the Music of Rory Gallagher

A celebration of the music of Rory Gallagher -- Not just the notes – but the sound, energy and feel of Rory Gallagher, delivered by people who helped define it… When the Irish guitarist-vocalist passed away in 1995 he left behind an eleven-album catalogue of inspired albums, and the memory of unforgettably energetic concerts. Bassist Gerry McAvoy appeared on every one of those albums. Drummer Ted McKenna powered those live shows from 1977 until 1981 and appeared on Rory's acclaimed Photo-Finish, Top Priority and Stage Struck albums. The old friends have teamed up with Dutch guitarist and vocalist Marcel Scherpenzeel, who grew up with his bandmates' music. If they say he's the nearest thing you'll get to Rory – and that's exactly what they do say – you'd better believe them! 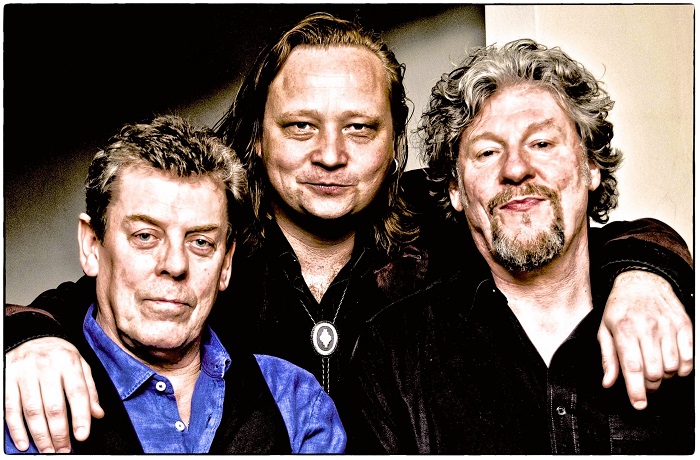 Gerry McAvoy (Bass Guitar) played, recorded and toured with Rory for 20 years, from 1971 to 1991. Gerry played on every album Rory ever made. His 2005 book, ‘Riding Shotgun’ follows his career and life with Rory. Gerry also played with Deep Joy, Champion Jack Dupree and Nine Below Zero. Ted McKenna (Drums) Best known for his work with The Sensational Alex Harvey Band, drumming legend Ted McKenna played with Rory Gallagher from 1978-81. He recorded the albums ‘Photo Finish’, ‘Top Priority’ and ‘Stage Struck’. Ted also played and recorded with Greg Lake of ELP, Gary Moore, Michael Schenker and Ian Gillan of Deep Purple. Marcel Scherpenzeel (Guitar/Vocals) grew up with Rory's music and Gerry promises, "This is the closest guitarist to Rory you will ever hear". For over twenty years Marcel has carried the torch for blues and rock all over the world. His former bands are Marcel Scherpenzeel Band and Wolfpin. BAND OF FRIENDS release their 2nd studio album ‘Repeat After Me’ in 2016. With the exception of ‘A Sense Of Freedom’ (Written by Frankie Miller, but performed by Rory Gallagher, Gerry McAvoy, and Ted McKenna for the film of the same name in 1979), ‘Repeat After Me’ is an album of entirely original songs. The album itself draws some of it’s inspiration from a myriad a musical influences - Marcel’s love of Rock & Roll and blues, Gerry and Ted’s background playing top 40 songs in the sixties; from the music of their peers Rory Gallagher, and Alex Harvey, to Tamla Motown and Soul, with a good helping of classic rock and blues. Lyrically, ‘Repeat After Me’ is extremely diverse - taking on all aspects of life on and off the road. The music is as technically demanding as anything BOF have ever played. As a whole, it’s a brave, but confident, exploration of the combined talent of this dynamic trio. 2016 has been an incredibly busy year on the road for Band Of Friends with shows booked throughout Europe. As Winners of European Blues Awards “Band Of The Year” in 2013, and boasting rave reviews from every show, it’s clear to see why the band continues to be so popular. In the era of tribute acts who deliver note-perfect renditions of their heroes' catalogues, the Band Of Friends is something different. They can do the notes played by electric blues icon Rory Gallagher. But they can also do the sound, energy and feel – because the band includes people who helped define those essential elements. 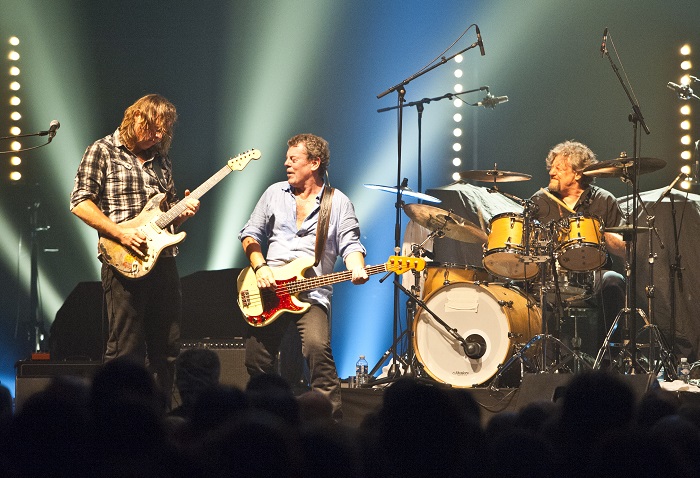 The Band of Friends will close the European 2016 tour in Greece: December 9th at “8Ball” club with Nick & The Backbone (Pindou 1, Ladadika) Thessaloniki and December 10th at “Kytarro” with Blues Wire (Ipeirou 48), Athens.

Gerry McAvoy talks about the Band of Friends, Greece, Rory and Buddy Holly...

Gerry: The Blues & Rock counterculture, has not influenced me in any way. I've enjoyed touring the world, but without outside influence.

Gerry: I think Rory's music is still current today because its good, Rory was a one off, A great guitarist (If not one of the best) A great song writer and performer. So it doesn’t surprise me that people still want to hear his music!

Are there any memories from Rory Gallagher and ‘Band Of Friends’ gigs in Greece which you’d like to share with us?

Gerry: Obviously the most memorable was the football stadium concert in 1981 with Rory… Also the shows I do with Band of Friends in Greece mean a lot to me, It's just great to see everyone having a great time.

Gerry: I miss the spontaneity of music from the past, everything was new.  The Beatles, The Rolling Stones, Jimi Hendrix, Led Zeppelin. It was very experimental Nowadays with television talent shows etc etc. it seems to have no substance. When we were starting out, you had to pay your apprenticeship, playing in bars before you had a chance to go further. Saying that, there are some good young bands around at present.

What are the lines that connect the legacy of Rory Gallagher from Skiffle and Blues to Rock n’ Roll and Celtic music?

Gerry: I don’t think there is any connection between skiffle and Celtic music, two completely different types of music. 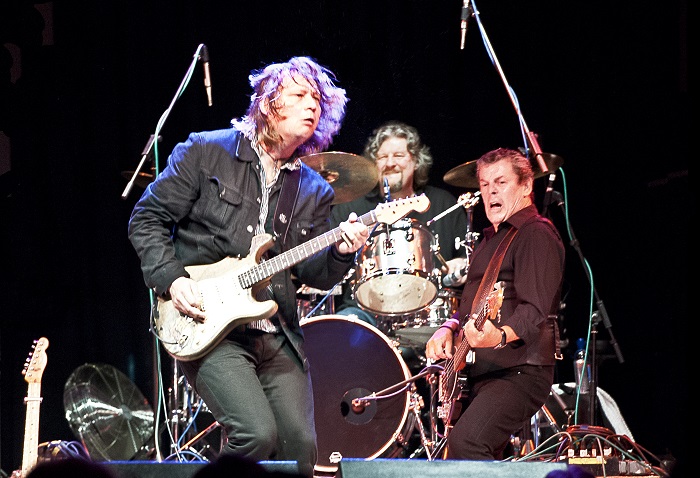