A celebration of the music of Rory Gallagher -- Not just the notes – but the sound, energy and feel of Rory Gallagher, delivered by people who helped define it… When the Irish guitarist-vocalist passed away in 1995 he left behind an eleven-album catalogue of inspired albums, and the memory of unforgettably energetic concerts. Bassist Gerry McAvoy appeared on every one of those albums. Drummer Ted McKenna powered those live shows from 1977 until 1981 and appeared on Rory's acclaimed Photo-Finish, Top Priority and Stage Struck albums. The old friends have teamed up with Dutch guitarist and vocalist Marcel Scherpenzeel, who grew up with his bandmates' music. If they say he's the nearest thing you'll get to Rory – and that's exactly what they do say – you'd better believe them! Gerry McAvoy (Bass Guitar) played, recorded and toured with Rory for 20 years, from 1971 to 1991. Gerry played on every album Rory ever made. His 2005 book, ‘Riding Shotgun’ follows his career and life with Rory. Gerry also played with Deep Joy, Champion Jack Dupree and Nine Below Zero. Ted McKenna (Drums) Best known for his work with The Sensational Alex Harvey Band, drumming legend Ted McKenna played with Rory Gallagher from 1978-81. He recorded the albums ‘Photo Finish’, ‘Top Priority’ and ‘Stage Struck’. Ted also played and recorded with Greg Lake of ELP, Gary Moore, Michael Schenker and Ian Gillan of Deep Purple. Marcel Scherpenzeel (Guitar/Vocals) grew up with Rory's music and Gerry promises, "This is the closest guitarist to Rory you will ever hear". For over twenty years Marcel has carried the torch for blues and rock all over the world. His former bands are Marcel Scherpenzeel Band and Wolfpin. 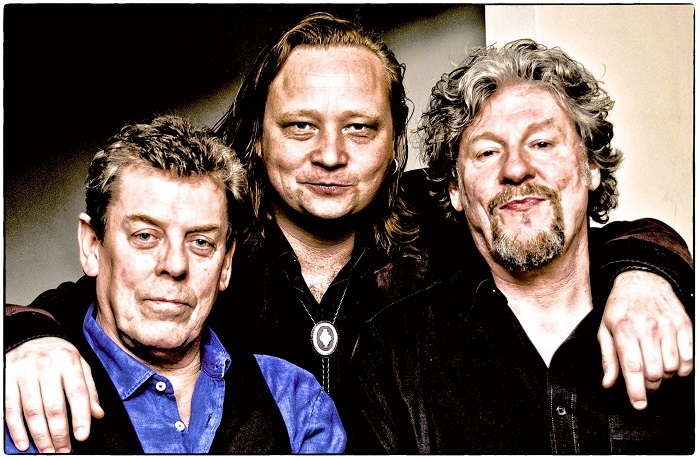 BAND OF FRIENDS released their 2nd studio album ‘Repeat After Me’ in 2016. With the exception of ‘A Sense Of Freedom’ (Written by Frankie Miller, but performed by Rory Gallagher, Gerry McAvoy, and Ted McKenna for the film of the same name in 1979), ‘Repeat After Me’ is an album of entirely original songs. The album itself draws some of it’s inspiration from a myriad a musical influences - Marcel’s love of Rock & Roll and blues, Gerry and Ted’s background playing top 40 songs in the sixties; from the music of their peers Rory Gallagher, and Alex Harvey, to Tamla Motown and Soul, with a good helping of classic rock and blues. Lyrically, ‘Repeat After Me’ is extremely diverse - taking on all aspects of life on and off the road. The music is as technically demanding as anything BOF have ever played. As a whole, it’s a brave, but confident, exploration of the combined talent of this dynamic trio. 2016 has been an incredibly busy year on the road for Band Of Friends with shows booked throughout Europe. As Winners of European Blues Awards “Band Of The Year” in 2013, and boasting rave reviews from every show, it’s clear to see why the band continues to be so popular. In the era of tribute acts who deliver note-perfect renditions of their heroes' catalogues, the Band Of Friends is something different. They can do the notes played by electric blues icon Rory Gallagher. But they can also do the sound, energy and feel – because the band includes people who helped define those essential elements.

The Blues Rock was always around, my father had a big record collection from Muddy Waters, BB King, Jimi Hendrix and of course, Rory Gallagher. A lot of inspiration for the rest of my life!

What were the reasons that you started the Blues Rock researches? What touched (emotionally) you from Rory's music?

The reason that I enjoy playing Rory's music every time is simple… In Rory Gallagher's music you have all the styles from Rock 'n Roll, Country Swing to Jazz Folk Blues and Rock … Everything is there!! And he plays from the Heart!

My music father and friend 'Andre de Werdt ' always said "BE CLOSE TO YOUR SELF, NO MATTER WHAT YOU PLAY OR WHO YOU PLAY WITH, BE YOUR SELF. Are there any memories from ‘Band Of Friends’ gigs in Greece which you’d like to share with us?

Yes! It's great to see that the people in Greece always go crazy and enjoying… Every second of the BAND OF FRIENDS shows "It makes us feel special"!

Blues music will never fade away, more and more young people discover the old music and they hear the difference… No fears for the future it will start all over again Starting today ...

It is timeless … Good honest music will survive and be discovered for years and years to come … No worry’s!

I want to be on WOODSTOCK FESTIVAL of 1969!! To see the bands and feel the vibe … !’ll stay there forever…  I’ll enjoy every second!

Tell us a few words about the gigs with BOF in Greece, do you enjoy them? Are you satisfied with the organization and arrangements of the festival in Greece as well as your cooperation with Rockin The Blues Events?

Yes, to play in Greece is priceless… We are happy to have SIMOS PAVLIDIS as promoter from ROCKIN THE BLUES EVENTS in Greece … It's always Nice to be back.

What we should expect from the lives in Greece at the 15th of December at Eightball (Thessaloniki) and the 16th at Kyttaro (Athens)?

BAND OF FRIENDS always give a 200 % show and having fun!!! We give the people what they want good old traditional blues rock with a 2017 feeling (that’s what Rory had done). We, GERRY, TED and ME (MARCEL) … Hope to see all of you at Eightball Club (Thessaloniki, 21st of December) and at Kyttaro Club (Athens, 22nd of December). 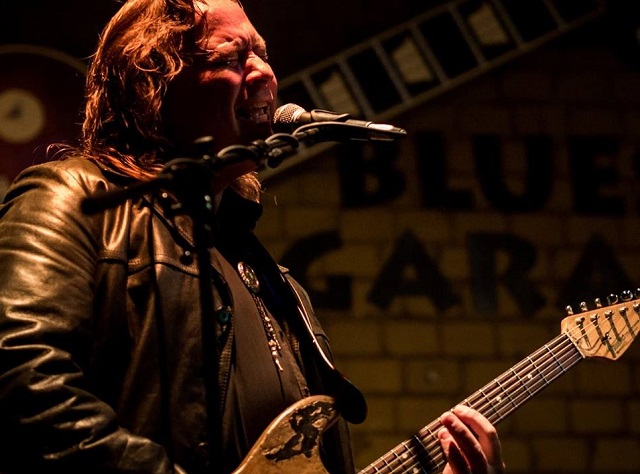