"Music moves people emotionally. That bypasses a lot of bullshit. But music can also be used to sell you a car or a candidate. Who knows."

Jimmy McDonough is a biographer and journalist. He is perhaps best known for his biographies of Russ Meyer, Andy Milligan and Neil Young. He is noted by critics for his remarkably exhaustive accounts and for his tendency to avoid romanticizing his subjects' lives. For this reason, he was described by The Times as "a literary Terminator". Time's Richard Corliss declared his first published work The Ghastly One "a masterpiece" and John Waters has repeatedly named it one of his favorite books (this was actually McDonough's second effort; the first, Shakey: The Biography of Neil Young, had been held up by a lawsuit over the claim that Young had tried to prevent publication). Other reviewers decry the inclusion of his personal experience/reactions often found in his books as a sort of biographical treason. In addition to the aforementioned biographies, McDonough has authored profiles on Jimmy Scott, Gary Stewart, Hubert Selby, Jr., the Ormond family and Link Wray, and over the span of his career he has written for a number of publications including: The Village Voice, Film Comment, and Variety. In 2010 McDonough's biography of Tammy Wynette was published and the book was optioned by director David O. Russell, who had also optioned the author's Russ Meyer biography, but neither movie ever materialized. McDonough assisted musician John Fogerty with his 2015 autobiography Fortunate Son and that same year the director Nicolas Winding Refn published a book of exploitation movie posters largely based on McDonough's collection. Soul Survivor, the author's biography of singer Al Green, published in 2017. McDonough currently lives in the Pacific Northwest where he divides his time between writing and 3D photography (his hobby).

What do you learn about yourself from the music industry and people of? How important was music in your life?

I try to stay away from the music industry—and everybody else. Lone wolf.

The people I’ve written about have taught me everything I’ve needed to know.

It was music that led me to what I do for a living, for better or worse.

Trashy culture. Trashy life. I have a love/hate affair with all of it. I’m certainly no cheerleader for the cause.

Changed my life the most? Well, when I was just starting out I wanted to write about a honky-tonk singer named Gary Stewart. I was crazy for his records. Gary was living a reclusive, drug-addled life in a Florida trailer with blacked-out windows. Everybody told me that he was a lost cause and it would never happen. But I finally got ahold of Gary, and he told me if I could find him a certain 45 by a guy named Wild Bill Emerson he’d talk to me. I could tell he thought that I’d never deliver. But days later I called Gary and told him I had a copy. The catch was he was only going to get it if I delivered the record in person.  That led to his trailer, which led a story. Which led to another…I just fell into what I do, there was no plan. I just wanted to tell the world about people who have moved me.

A highlight of my so-called career? Getting a collect call from Ray Charles. I accepted. 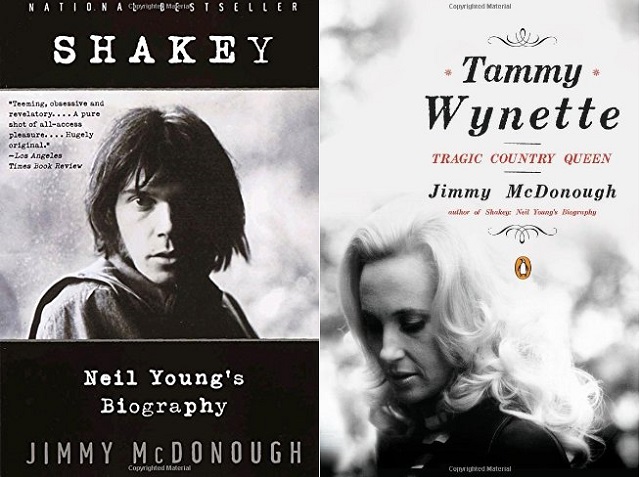 "That everybody come to my house and I get to play them 45s all night. The door will be locked so nobody can escape. I might feed them if they like the music. The first record I’d play: Bobby Charles, “I Hope” on Jewel records. Now there’s one you never hear about."

They’re all equally important to me. Writing a book is an arduous task, and I only pick subjects I’ve been completely obsessed with. Therefore Andy Milligan is just as important as Neil Young.

Best advice? Milligan once told me that I should announce to everybody right in the opening pages of my books that since I’m a biographer, I’m just a flesh-peddling whore. At the time I cringed, but these days I admit the truth of that statement.

Are there any memories from Russ Meyer, Link Wray and Neil Young which you’d like to share with us?

I was just thinking about Link today. What a cool customer. The guy could rock a fanny pack, OK?  I was only around him a bit, but he was a walking, talking Link Wray song. Which meant few if any words and a ton of attitude. What a heavy presence that guy had. It was like one of the heads off Mount Rushmore had come down to visit us little people. They only made one Link Wray. The world is a weaker place without him.

Music used to play a different role in people’s lives. It seemed to carry more weight. Now it’s just one of a thousand distractions. Maybe too much was made of it then. Maybe too little is being made of it now.

I have no hope for the music of the future, haha. I certainly don’t waste time dreaming of some imaginary playland where everybody records analog and only releases it on 180-gram vinyl. You have to ask someone who’s not 9,000 years old that question.

What touched (emotionally) you from Al Green’s life? Why do you think that the Al Green music continues to generate such a devoted following? 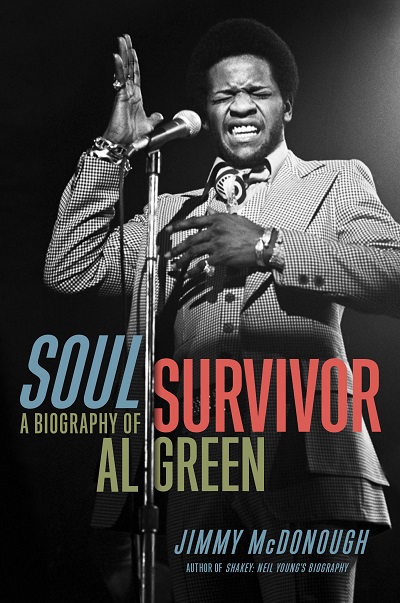 His musicians. Green was surrounded by magical players, both in the studio and on the road. Getting to know them was a lifetime thrill. Guys like Charles Hodges, Reuben Fairfax, jr and Buddy Jarrett. I love them all and they taught me a lot. If the book holds your interest, it’s really due to them.

Through his voice Al Green has the ability to move people emotionally on a very deep level. And Willie Mitchell crafted an absolutely beautiful setting for him in which he could shine. Life can small and shabby…when perfection is encountered it leaves an impression.

"Milligan once told me that I should announce to everybody right in the opening pages of my books that since I’m a biographer, I’m just a flesh-peddling whore. At the time I cringed, but these days I admit the truth of that statement."

What is the impact of music (or art as a film) on the racial, political and socio-cultural implications?

Music moves people emotionally. That bypasses a lot of bullshit. But music can also be used to sell you a car or a candidate. Who knows.

That everybody come to my house and I get to play them 45s all night. The door will be locked so nobody can escape. I might feed them if they like the music. The first record I’d play: Bobby Charles, “I Hope” on Jewel records. Now there’s one you never hear about.

Where would you really want to go with a time machine? What memorabilia (records, films) would you put in?

I’d like to have been in the studio when Jimmy Wages cut his handful of rockabilly sides. I wish I could’ve gotten to know James Booker. I have a hunch we might’ve hit it off. And I wish I could’ve seen soul singer Kip Anderson live. I had intended to write about him, we’d exchanged emails about a visit, but he passed away. That’s the way the cookie crumbles.

What would I put in a time capsule? From my personal archive it would be a tape of an interview I did with George Jones, during which he sung an impromptu bit of “He Stopped Loving Her Today” in the voice of DeDoodle the Duck. Those who know of DeDoodle will understand.