"Although seeing appearances as illusion, there is joy, there is delight, there are the blues."

Grammy-award winner and six-time Grammy nominee, Peter Rowan is a bluegrass singer-songwriter with a career spanning over five decades. From his early years playing under the tutelage of bluegrass patriarch Bill Monroe, and following his stint in Old & In the Way with Jerry Garcia and subsequent breakout as both a solo performer and bandleader, Rowan has built a devoted, international fan base through his continuous stream of original recordings, collaborative projects, and constant touring. Born in Wayland, Massachusetts to a musical family. He spent his teenage years absorbing the sights and sounds of the Boston music scene, playing bluegrass at the Hillbilly Ranch and discovering folk and blues across the Charles River at the legendary Club 47 in Cambridge. Following three years in college, Rowan left academia to pursue a life in music. Rowan began his professional career in 1964 as the lead singer and rhythm guitarist for Bill Monroe and The Bluegrass Boys, living in Nashville and playing on the Grand Ol' Opry every week.                                                          Photo by Tim Benko

The late '60s and early 70's saw Rowan collaborating with musical compatriots in a number of rock, folk and bluegrass combinations: Earth Opera, Sea Train, and Muleskinner. From the ashes of Muleskinner, Rowan and Grisman went on to join Jerry Garcia, Vassar Clements, and John Kahn, forming the legendary bluegrass band Old & In the Way. It was during this time that Rowan penned the song "Panama Red," a subsequent hit for the New Riders of the Purple Sage and a classic ever since. Rowan subsequently embarked on a well-received solo career in 1978. On the road, Rowan performs internationally as a solo singer-songwriter, while stateside he plays in three bands: the Peter Rowan Bluegrass Band, The Peter Rowan & Tony Rice Quartet; and his rocking band, The Free Mexican Air Force.

How would you characterize the philosophy of Peter Rowan?

Although seeing appearances as illusion, there is joy, there is delight, there are the blues.

What has been the relationship between music and Buddhism in your life?

Practicing Buddhism takes time and patience, same with music, but music dissolves in space, space itself endures...there is always room for another song! 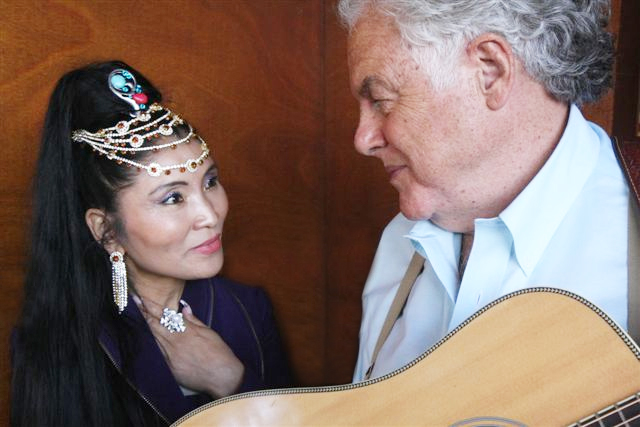 The early years went by so fast; these times are slower, more time to taste life.

Are there any memories from Allen Ginsberg, Philip Whalen, and Peter Orlovsky which you'd like to share with us?

They were both so kind, really and Peter Orlovsky was funny, irreverent, funny-mad, while Alan more serious...sentimental....

What do you think is the relationship of Buddhism to the poetry of Beats and Folk, Blues and Roots music?

Oh I think it’s all in there...times are exciting when a taste of bliss is in the air! When you tap your toe to the beat and start to feel good, that’s it! And then it’s gone....everything is radiant with "Buddha" energy.

What are the lines that connect the  Blues with Bluegrass and continue to Folk and psychedelic music?

Which memory from Earth Opera, Sea Train, Muleskinner, and Old & In the Way makes you smile?

When I think of how serious we were and totally ignorant, we were kids, really.....

If the world is ever going to change, it would have happened by now, so it’s going to get more complicated, look at politics; we as individual people have to raise the bar, connect with smaller communities....

How we can change the world? Do you believe that nowadays there're things to change in any level?

Must be personal change, live and grow...be brave...stand up; it all begins at home; love and forgiveness...

The idiots in the US congress, the "republicans"...When I told my wife that our son in school thinks I’m a money-tree, she said, "Yes, you're green!"...

What from your books, records, etc. would you put in a "time capsule"? Where would you really wanna go with a time machine?

hmmmmmm, I would take a surf-board, Treasure Island, by Robert-Louis-Stevenson, and Huckleberry Finn by Mark Twain; Chuck Berry out-takes, a guitar...ready to go anywhere....time period, oh France around 1900, as a teenager....might be confusing, but I could intro duce surfing and bluegrass to Cezanne and then Piccasso! 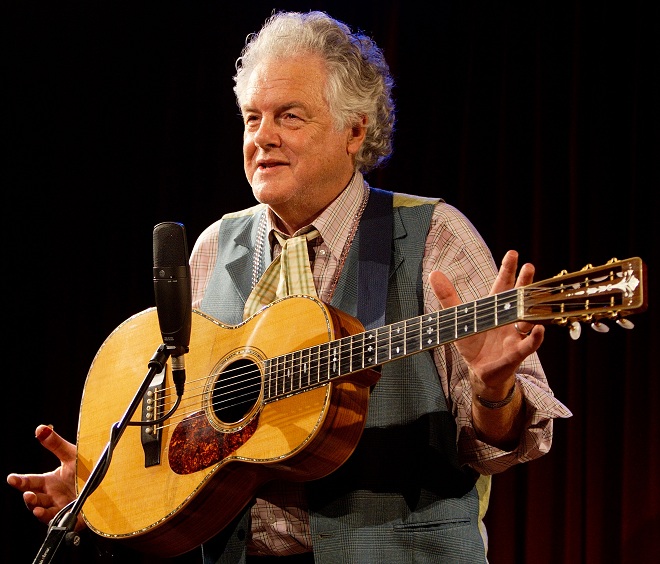