"I have always suffered on and off with depression, and blues is a way for me to channel my feelings and emotions."

“It’s been a really exciting time”, says Will Wilde looking back over the journey that took him from a small village in Wiltshire to playing some of the world’s most famous blues clubs and festivals, opening at the Royal Albert Hall, airplay on BBC Radio 2, and most recently recording with the UK’s most prestigious Blues Producer Mike Vernon. 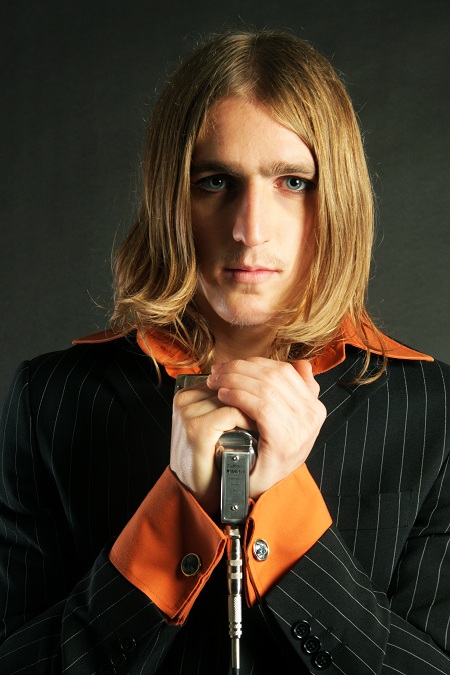 As a songwriter and performer Will approaches each song with utter conviction; his voice as authentically gritty and soulful as he is alluring. A master of the harmonica, Will’s exhilarating live show spans the musical spectrum from Blues, Funk, Gospel, Rock and Soul always keeping the audience enthralled and pleading for more of his infectious energy.
“Unleashed” his new record, produced by Jamie Little and featuring a bonus track entitled “Blues Is My First Love” produced by Mike Vernon, is undeniably a great a ccomplishment. Will self penned all 12 of the album tracks which were brought to life by a talented collaboration of session musicians including Pete Wingfield, Roger Innis and Stuart Dixon. As well as touring with his own blues outfit, Will also tours with his sister Dani Wilde (Ruf Records) in Europe on harmonica and vocals, and so has become widely recognized on the blues scene. In 2007, Will recorded and self released his debut album ‘Nothing But Trouble’. The album achieved fantastic reviews as well as various European Blues Magazines and Radio Stations.
Will Wilde is the real deal, ready to carry the torch of British Blues in the 21st century.

Which was the best moment of your career and which was the worst?
The best moment of my career was the Blues Cruise October 2011.  It’s a cruise ship that sails from San Diego to Mexico, with a load of blues bands on board!  I got to play with so many great musicians.  On the last night I sat in with Taj Mahal.  I’ll never forget that.  I don’t know what the worst moment would be, it has it’s ups and downs.. 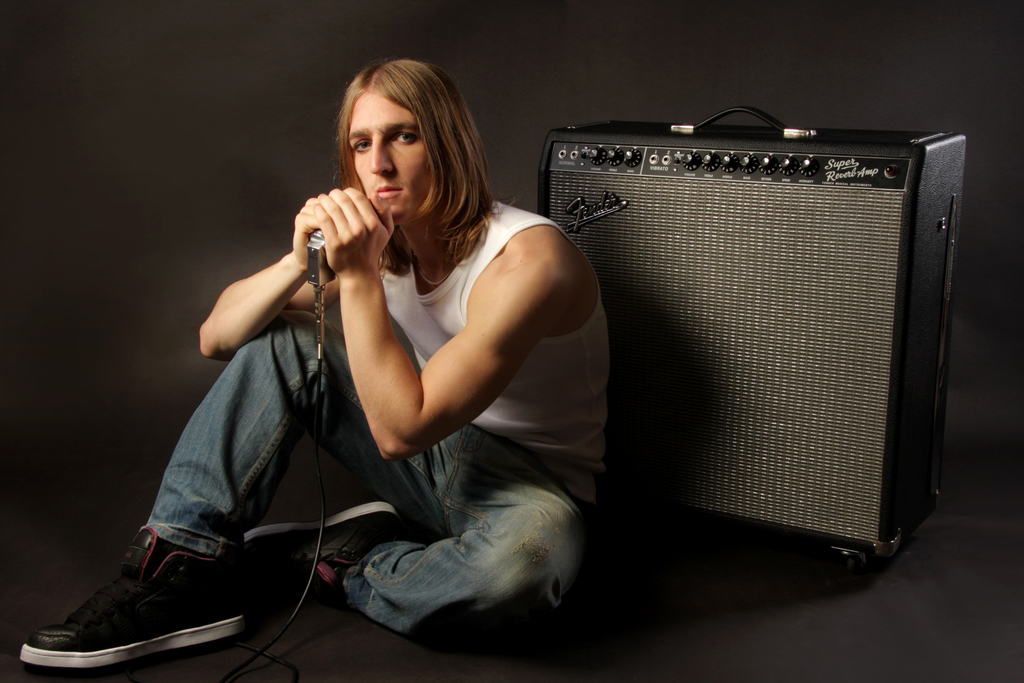 I try to stay away from playing blues “standards” as I think certain songs have been overplayed and I like to try and keep things fresh and original.  My favorite blues classics though would be Sonny Boy Williamson’s “Help Me” and Jimmy Roger’s “Walking By Myself”.  I still remember hearing those songs as a kid (my Dad used to listen to them).  Those are the songs that made me first want to pick up the harmonica.

What experiences in your life make you a GOOD musician?
I think any experiences in life can contribute to an artist’s music.  Music can be about any emotions you experience, whether happy or sad.

Do you remember anything funny or interesting from the recording time with Mike Vernon?
Working with Mike was a real honour and a lot of fun.  He told a lot of interesting stories about the musicians he has worked with over the years, including Peter Green and Lazy Lester. The funniest moments from that session actually came from Pete Wingfield, he really makes me laugh. 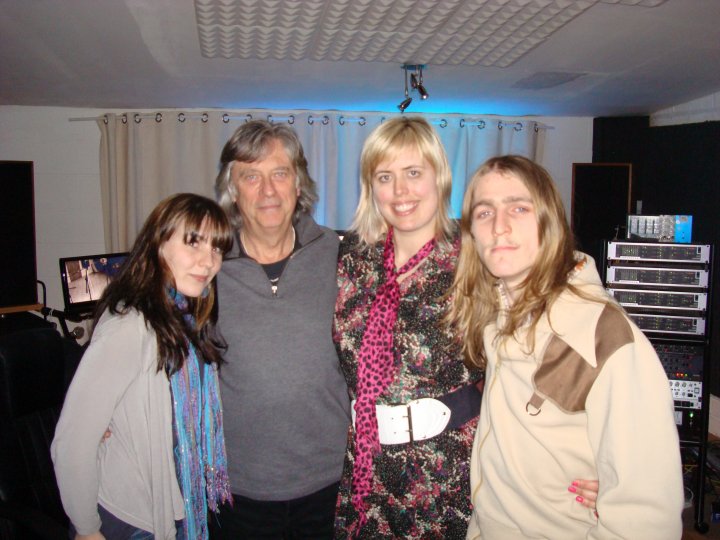 Do you have any amusing tales to tell from your shows with your sister Dani Wilde?

A LOT of amusing tales, most of which I can’t repeat here!  On our first ever tour of Germany, our drummer Alan went out in Hamburg after the first gig and got hit by a car.  I was woken up at 3am to find out that  Alan was in hospital with a broken arm.  I had to play drums for the next two gigs until we could fly another drummer out from home.

What are you thinking when you guys are on stage? Which are the best and the worst things in touring?
When I’m on stage I’m not thinking about anything, I just play.  Music is all about FEELING, as soon as you start to think, it all falls apart! The best thing about touring for me is being on stage and playing to people who are passionate about the music.  That is the best feeling in the world for me.  I really enjoy being on tour.  A lot of people complain about the long drives, but I don’t mind, I like travelling.  The worst thing for me as a singer, is if you get ill or start to lose your voice half way through the tour, that can be stressful! 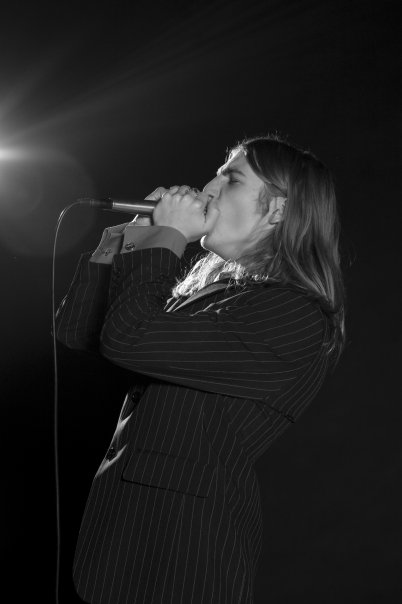 Which historical blues personalities would you like to meet?
I would like to meet Little Walter.  If it wasn’t for him Blues harmonica would not be what it is today and I probably wouldn’t be doing what I’m doing.

What do you think is the main characteristic of your personality that made you a bluesman?
I think I’m quite a sensitive person.  I have always suffered on and off with depression, and blues is a way for me to channel my feelings and emotions.

Some music styles can be fads but the blues is always with us.  Why do think that is?
I think the blues is very “honest” music.  It’s pure and simple.  Most blues tends to be about love (and the loss of it), or money (and the lack of it!) and those are things that everybody can, and always will be able to relate to.

What characterizes the sound and music philosophy of Will Wilde?
I would say my sound a mix of blues, soul, rock and funk.  I listen to a lot of different music.  I take inspiration from the sound of the old blues and soul records of the 50’s, 60’s and 70’s, but try to do something new with it.  I don’t want to just recreate a sound, to me that’s not synonymous with being creative.  I like to show people that the harmonica isn’t just constrained to 12 bar blues; for example it can take the lead in a rock song, or a soul ballad.

What are the secrets of HARP?
For me the secret to playing harp is having a good tone and a good vibrato.  If you have that you can play just one note and really make it sing.

What’s on your pedal board? What’s your main mics, harps and amps right now?
I don’t have a pedal board, the only pedal I use is a Kinder Anti-Feedback+.  At the moment I use a Shaker Retro Rocket mic through a Fender Super Reverb. I play Seydel 1847 harps. 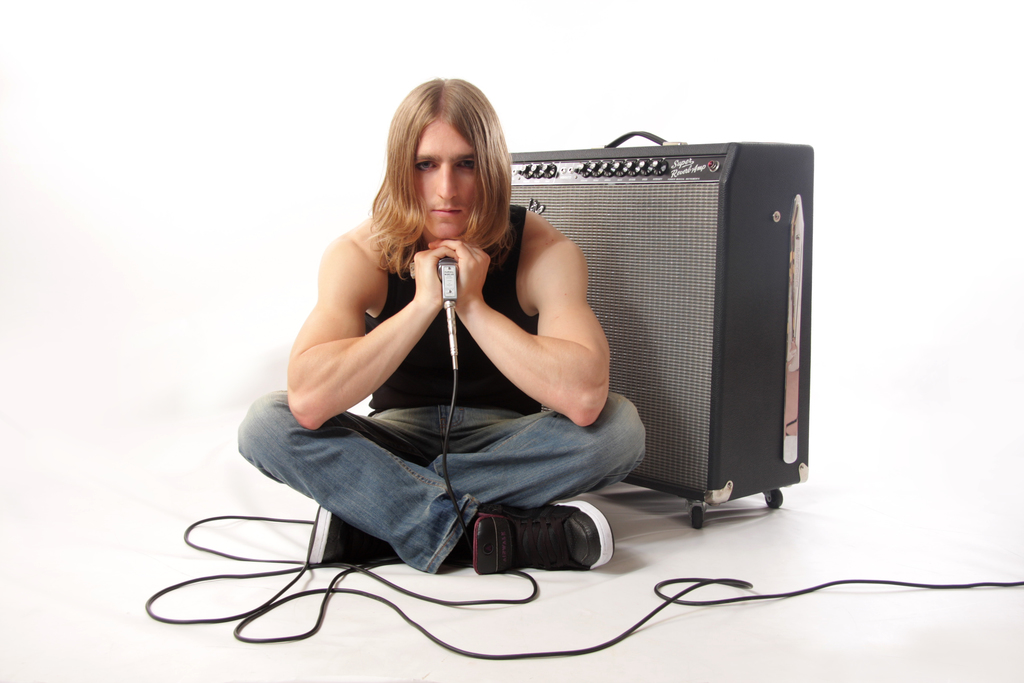 What do you think of UK BLUES & how close are to the US BLUES?

The British Blues scene today is very much a “Blues Rock” scene, and seems to be dominated by power trio guitar acts.  A lot of it seems to be all about the guitar and not so much about the vocal or the song.  There are some great bands but on the whole I prefer the blues scene in the US.

Do you think that only real blues is something gloomy, played by old grey-haired men with harps and battered guitars in some smokey, dark and little shabby clubs?
Not at all!  It really annoys me when people assume that you have to be old to play the blues.  All the greats started out when they were young.  Little Walter was only 22 when he recorded Juke!

Do you have any hobbies, which do not have anything to do with music? What are the things you’re most passionate about in life?
Bodybuilding is my main hobby.  I train 5 days a week, even when I’m on tour.  I’m a vegetarian and I’m very passionate about animal rights. 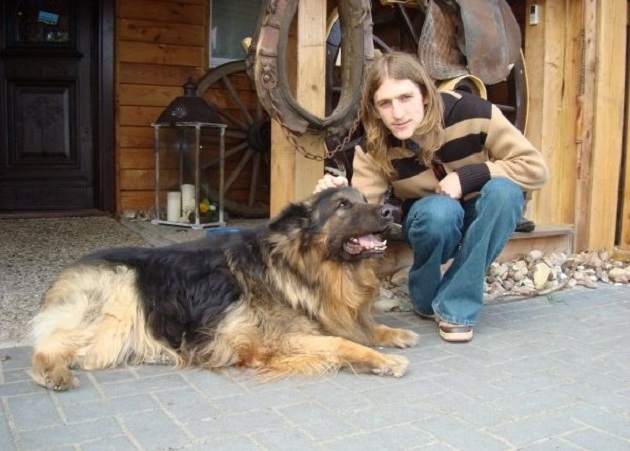 Are there any BLUES memories from THE ROAD with THE BLUES, which you’d like to share with us?

Charlie Musselwhite once said to me “The Blues will never let you down”. That’s always stuck with me!

What would you ask Charlie Musselwhite? How you would spend a day with Sam Cooke?
I’ve met Charlie a few times on the road.  He’s one of my biggest inspirations as a harp player.  If I see him again I will probably ask him if we can jam together!  Sam Cooke is my all time favourite singer.  I get a real feeling of joy and happiness when I listen to his music.  I would love to spend the day singing his old records with him.   Singing a Sam Cooke song makes you feel like you’ve lifted a great weight off your shoulders.