British blues musician and artist Pete Gage talks about the harmony, beauty and peacefulness in the world

"Taoism tells me to “go with the flow”, and see the misery and violence as well as the beauty and peacefulness in the world. Zen Buddhism shows me a way to live that brings peace and harmony within, and helps me to be more thoughtful of others."

Peter Gage is a British blues musician and visual artist. A vocalist, harmonica player and pianist, Gage is best known for fronting the Jet Harris Band and Dr. Feelgood although he has also led his own band, and issued solo albums featuring artists such as Gypie Mayo. Gage's father was a drummer, but he started his musical career as vocalist and harmonica player in a London band "The Sloane Squares", led by Gwyn Headley, in the mid-1960s. The Sloane Squares were well known for their tight music and live shows, and were supporting Jimi Hendrix when they were spotted by Jet Harris, the former Shadows bass player, who asked them to become his backing band. The Jet Harris single "My Lady" c/w "You Don't Live Twice" (1967) features Pete Gage on vocals. Gage left Jet Harris in 1968 but continued performing with numerous bands, including London based soul-blues-band The Blazers. 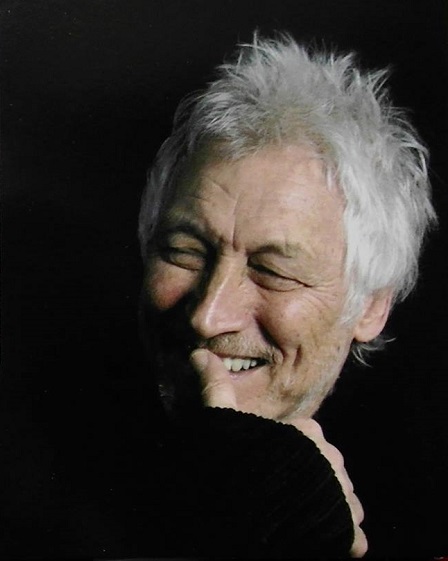 He moved to the West Country, joining the Pink Torpedoes from 1988 to 1992. He also sang and played Hammond organ in his own band, the original Pete Gage Band from 1992–1995. The band was also known as the Pete Gage Expression, whose album, Give it With a Feeling was issued in May 1995. After the death of their frontman Lee Brilleaux, Dr. Feelgood had a year's break before agreeing to audition for a new vocalist/harpist. After an initial audition followed by a studio recording and a photoshoot, Gage joined Dr Feelgood in June 1995. They resumed a heavy touring schedule and Gage recorded their 1996 On the Road Again album. He also appears on their 1997 release Twenty Five Years of Dr. Feelgood. Whilst with the Feelgoods, Gage recorded a piano-based blues-album Out of Hours (1997). Gage left Dr Feelgood in September 1999 to focus on various other projects, the main one being the development of his own blues band The Pete Gage Band in which he leads from the piano and highlights his gritty vocals. He also continued performing with different bands in England, Spain and particularly Finland. He also spent 12 years from 2000 as the vocalist/frontman for the Mike Hoddinott Blues All-Stars. In 2010, Gage made an album, Tough Talk, recorded and released in Finland. Backed by Finnish band Doctor's Order, the album features ex Feelgoods guitarist, and Gages's close friend, the late Gypie Mayo. In May 2013 Gage played the Dagenham Roundhouse as part of the The Big Blues Jam and reappeared there in September 2013 with the re-united Pink Torpedoes. His 2015 album ‘Left Over Blues’ features the great Pee Wee Ellis.

I learned many years ago that there is a part of me that must have a way to express myself through performing rock/blues/jazz music. The blues is a way for me to express and communicate to others all my deep emotions like joy, pain, anger, compassion, loss, celebration and many other emotions.

How do you describe Pete Gage sound and songbook? What characterize your music philosophy?

My voice is a blues voice, so my songs often sound “blues-y”. But really, my philosophy is to play and share great music from the blues tradition, with freedom of individual expression. The Pete Gage “sound” comes from the spontaneous communication of feelings and emotions shared with the other great musicians in my band (The Pete Gage Band) and my trio (The Pete Gage Blues Trio). I write and record many songs, but my biggest joy is to play “LIVE” with my great band, in order to bring happiness and identification with the people who listen to me.

Europe and the UK in the late 50’s and early 60’s was in deep need of expressive blues music. Young people were bored with the meaningless pop music of the day. Young “hip” people discovered the power of blues (and soul) music by hearing great Black American artists. British and Europeans were hungry for something with meaning, and they went for it “big time”. 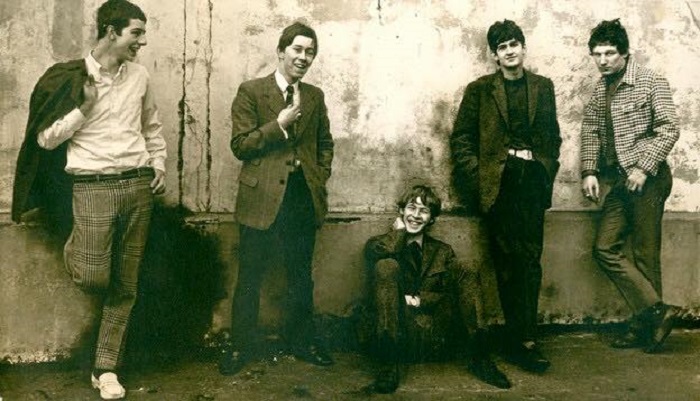 "I miss the power and simplicity of the music of old blues men, recording with one microphone - honest, down-to-earth, REAL blues music by outstanding innovators like Muddy Waters, Howling Wolf, Memphis Slim, Otis Spann etc. But I accept that everything is always changing, and MUST change." (Photo: Pete Gage wit his 2nd band the Sloane Squares, Chelsea, c. mid-1960s)

The most important musical experience/acquaintance in my life has been my friendship and work with my guitarist/friend Paul Hartshorn. We have been like musical brothers for 25 years or more. He is a modest, but phenomenally good musician who reads my musical moves like a book. It was Paul who gave me the best advice. “Give up that day-job and concentrate on playing music!”

Since 2000 until 2013, I had a beautiful friendship and musical partnership with the great Gypie Mayo (guitarist with Dr. Feelgood in the late 70’s). Gypie died nearly 3 years ago, and I miss his close friendship and great musicianship very much. We toured Japan in 2011 with Sparko and The Big Figure (both from the original Dr. Feelgood), and it was a great experience for me.

Working on my 2015 album “Left Over Blues” with the great tenor saxophonist Pee Wee Ellis (from James Brown’s old band and Van Morrison’s). On stage with Mick Taylor in 1996 was a real thrill. It was a Dr. Feelgood gig and Mick was a guest appearance.

I miss the power and simplicity of the music of old blues men, recording with one microphone - honest, down-to-earth, REAL blues music by outstanding innovators like Muddy Waters, Howling Wolf, Memphis Slim, Otis Spann etc. But I accept that everything is always changing, and MUST change. My hope is that genuine music will survive and that the love of fame, and greed, in the music industry will fade away. 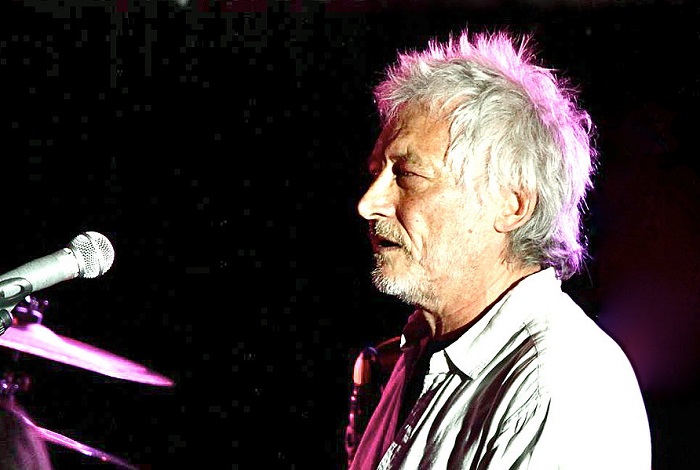 "The blues is a way for me to express and communicate to others all my deep emotions like joy, pain, anger, compassion, loss, celebration and many other emotions." (Photo by Tony H Stickland)

I would get rid of big TV talent shows (X-factor etc.) that feed the public with such rubbish. I would make it so that TV and other Media promote hard work and dedication to your art, and that talent is not about fame or big money, it’s about genuine expression through the creation of music.

What are the lines that connect the legacy of Blues from Skiffle to Psychedelic Rock and from Pub Rock to beyond?

The main line that connects these different genres is that they are best performed “LIVE”, for the people. They all cater for different tastes. Some people like “this”, some people like “that”. It’s the way of the world. But it’s the “LIVE” experience that counts.

What touched (emotionally) you from the mandalas? How started the thought of Taoism, Zen & spiritual artworks?

The pictures I paint are meditative. When I am painting they bring order and clarity to my whole being when all the world out there is in such a mess. Taoism tells me to “go with the flow”, and see the misery and violence as well as the beauty and peacefulness in the world. Zen Buddhism shows me a way to live that brings peace and harmony within, and helps me to be more thoughtful of others. 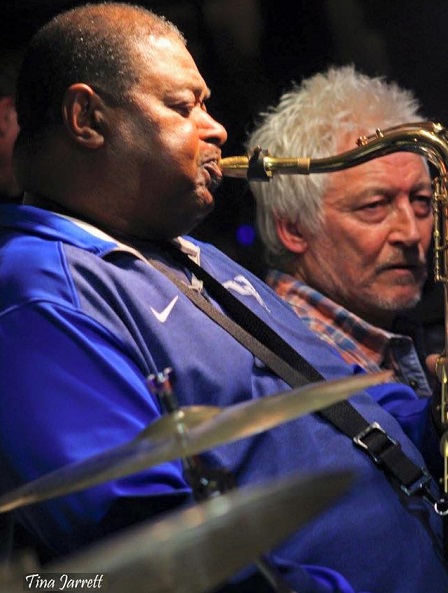 This is a huge intellectual question that probably requires a whole book, and I haven’t got time to answer it. My initial observation is that blues bridges the gap between black and white. And all I know is, I love much of that old blues & R&B from the 20’s, 30’s, 40’s 50’s and 60’s, and I have come to see those artists as just “musicians”, and not just “black people”. So, maybe this is the positive impact.

I’d like to go to the Maple Leaf Bar in New Orleans in 1983 and spend a WHOLE day listening to the genius of James Booker playing on a beat-up old piano so beautifully in his inimitable style!