An old interview with the late Canadian legendary bluesman Johnny V Mills talks about his life in the blues world, and...Greek retsina

Johnny V forged his original fire-brand style of blues touring and performing internationally for more than three decades. Like the original blues greats, it has not been an easy course for Johnny to chart in order to reach larger and more understanding audiences. It's his distinctive phrasing and monster guitar tones that make the V-man stand out. 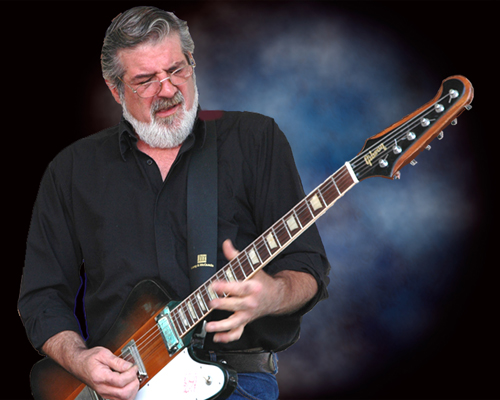 He was garnered the respect of the genres finest artists and feels fortunate to have shared the stage with such luminaries as B.B. King, John Hammond, Otis Rush, Dr. John, Amos Garrett, Delbert McClinton, Pinetop Perkins, Eddy Clearwater, Sonny Rhodes, Frankie Lee, Larry Davis, Mighty Joe Young and Johnny Clyde Copeland to name a few. Even the recordings he played on with Canadian blues godfather Richard Newell (AKA King Biscuit Boy) and Amos Garrett. Elder Chicago Bluesman Eddy "The Chief" Clearwater first noticed Johnny in 1986 and invited him to live at his home in Chicago and join the band. Eddy took Johnny out on the road to promote him to the blues audiences in the U.S. and Canada. In 1988 Eddy put up the initial capital for Johnny to start work on his first solo recording project.
Throughout the years that followed, Johnny pursued his own career gleaning many awards and recognition along the way. Then in September of 1998 Eddy Clearwater once again invited Johnny to Chicago to be part of his new band. Johnny accepted the offer and moved to Chicago, he performed with "The Chief" in United States, Europe, and South America for almost a year, then in July of 1999 he accepted an offer to become a member of Billy Branch's band "The Sons of Blues" and continued touring the globe as part of the "SOB". He remained with Billy until late January of 2000 when he was invited to fly to Riga, Latvia to groom and record with the Latvian Blues Band. He then was invited to Greece to perform with the original Louisiana Red.