"The Yanks still own the music because it originated there, but Canadians, like me, are bringing an authentically new sound with different stories that are informed and inspired by the Blues."

Wayne "Son" Roberts is the grandson of a motherless violin player who worked the posh parlors of Depression Era Montreal to put food on the table. He is the product a turbulent upbringing in that same defiant river city. His journey has included dishwashing in kitchens, home front soldiering and funeral duty, ditch digging and life-threatening work on the railroad … all the way to fast cars and fine living. 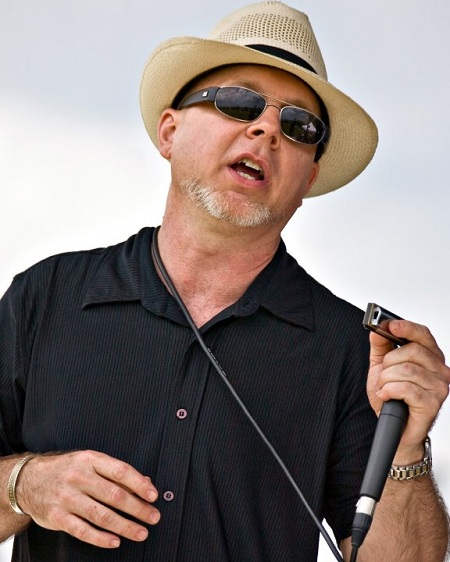 He has made music every step of the way. First listening and singing along. Then watching his heroes, Muddy, Buddy, Burnside and Mays showed him how the music feels when it’s alive. Eventually, he met his mentors in the vibrant and diverse Toronto Blues and roots scene. There was no going back from there - he had to sing the Blues. But it had to be his Blues. That took a lot more work and a lot more time. The first record took six years to get made after a life-changing trip to pre-911 Memphis, Clarksdale, Helena and Nashville.  Years of collaboration and conflict led to the Son Roberts Band’s 2007 debut CD "You Don’t Know Yet". It earned the band a Maple Blues Award nomination for Best New Artists in Canada; and one of its songs, Lorraine, was a Finalist in Billboard Magazine’s World Song Contest. It was the first song Son Roberts ever wrote.

His second album, "Tell That Story" is the next step in the evolution of a emerging and influential voice on the Canadian Blues and Roots scene, brings Son Roberts to the fore as a singer-songwriter,

The diversity and force of Son’s personality and storytelling gifts - from introspective to irreverent, from deep to disarming - come through song after song. These are stories woven in Son’s authentic, personal style. They paint vivid pictures. They cause smiles and laughter. And sometimes, they are dark and terrible. In every case, the energy of the music, the power of the groove brings Son’s stories to life.

What does the “Blues” mean to you?

It has always meant creating storytelling grooves driven by authentic musicianship and a genuine commitment to connecting with the listener at an emotional, spiritual and dance-your-ass-off kind of way.

How do you describe Son Roberts sound?

My sound is fresh, with a non-conformist approach to writing lyrics and arranging songs that are inspired by the Blues, but not locked in the traditional approach of shuffles. My sound is the sound of Son Roberts. Like B. B. King said, “Follow your own path”. Like Miles Davis said, “It can take a long time to sound like you”.  Like Clarence ‘Gatemouth’ Brown said “Ain’t no future in copying somebody else”. From whom have you learned the most secrets about the blues and roots music?

Right now because it’s all I have. It’s all anybody has. The past, that’s a shadow you have to step out from. The future, that’s a light you have to walk into. But it all happens now.

It’s gotten harder to break through the drivel and shit of the modern music machine to find an audience that, in Blues, gets older everyday. And the notion that all music, all art should be free of cost is a disaster that is causing a race to the bottom, financially, for a lot of artists. But the democratization of technology has made it easier for dirt poor, sometimes creative geniuses to, at least, have a shot at an audience. 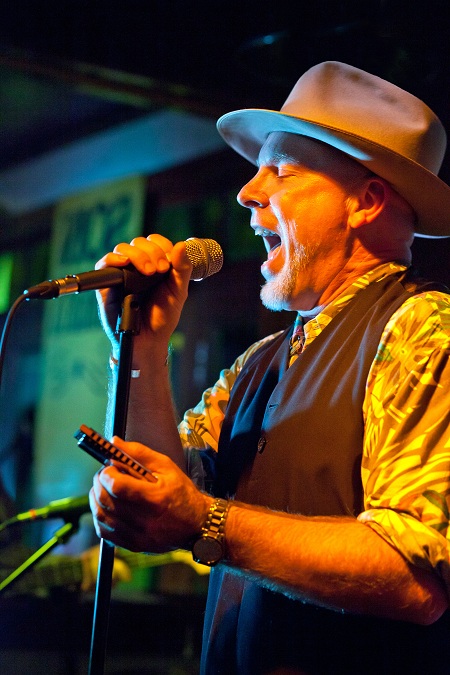 Devote yourself to it completely. There is simply no other way to be successful at it or anything else in life. Get into it and stay in it – just don't be foolish or reckless and let it kill you. That always looks good in a movie or biography. The world doesn't need more martyrs.

How/where do you get inspiration for your songs?
Mostly from my own life experiences, or being close to the experiences of others. Sometimes songs come through imagining an experience that mirrors one of my own. Other times, it’s in the observations of life and events that move me. I always try to create songs I feel strongly connected to so, when I perform them live, the song connects me to the groove and the audience.

Why did you think that the roots /blues lyrics continues to generate such a devoted following?

Are there any memories from the road trip to pre-911 Memphis, Clarksdale, Helena and Nashville?

Countless memories and images race back through my mind. The Lorraine Motel. Graceland. Beale Street. The people. The drunks. Out in the countryside in Tennessee. The hard, hot Mississippi Delta farm land along Highway 61. Too many images to write about here. Watch the movie I shot and edited, you’ll see for yourself.

Beauport Blues Festival outside of Quebec City this past July. Standing ovation. I’ll send you a link to that video soon. What a rush.

Reinvent it. Reimagine it. Re-present it in your way.

What is your MUSIC DREAM?

Having an original song of my own breakthrough and become a ‘standard’.

Do you remember anything funny or interesting watching Muddy, Buddy, and Burnside? Muddy was a true gentleman and a bit of a joker. He was the embodiment of the Delta Blues gone Urban. That is his story and that is who he was in the flesh: an undeniable presence, a confidence and a larger than life aura about hm that he wore like an old suit of clothes. Buddy is a showman with incredible chops on the guitar and vocally. And he is a loyal and emotional man whose brotherly love of his collaborator, Junior Wells, is always evident. Burnside was a grizzled old timer made of grit and stone (and liquor) who just sat there and commanded your attention. Late in life, when I saw him in Memphis, he had been re-discovered and was playing live with his grandson Cedric. He knew he was getting one last ride and was loving it.

I can't do that. Ask them. People who approach me after a show always comment on how well I sing and play, and how original I sound. That feels great.

What characterizes the sound of Maple blues/NuBlues roots music?

I do, brother. Me and other innovative artists are bringing a distinctly Canadian sound and sensibility to this genre of music. The Yanks still own the music because it originated there, but Canadians, like me, are bringing an authentically new sound with different stories that are informed and inspired by the Blues.

Why did you think that the Blues in Canada continues to generate such a devoted following?

I’m not sure how devoted it is, but I am sure it is getting smaller. Sure, the local scene here is very loyal to some artists. But it's a tight circle that is constantly working hard to reach out and embrace new ideas. That’s tough but the Blues Society here is among the best anywhere. Their devotion to the music is inspiring. If only the business community bought in more, it would help advance the cause. My great fear is making Dan Aykroyd’s prediction come true that the Blue’s would, one day, only be available in libraries and museums. Sometimes I think we are doing that here without even knowing it. The Blues ain’t precious. It’s got to be treated rough and real, with love, to keep it rough and real and keep people loving it. 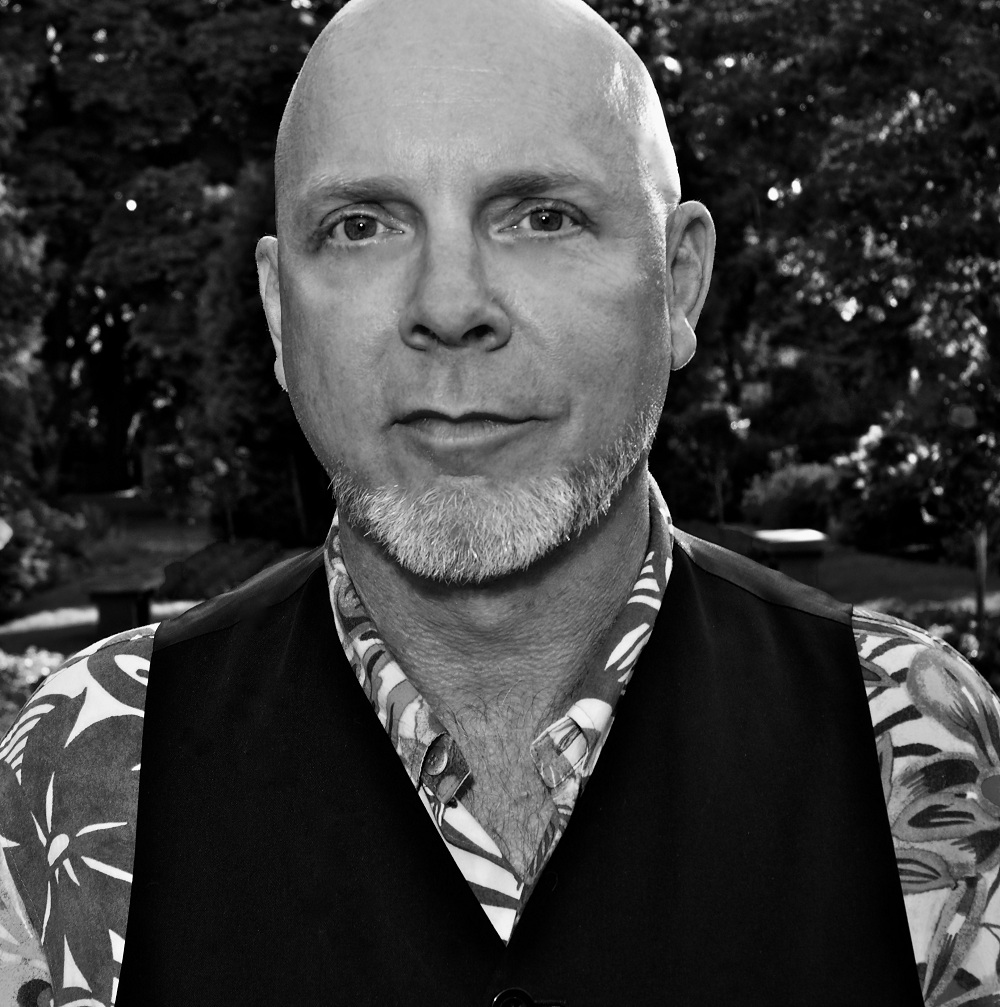