"Bluegrass music it's vocal music, and a band music not egos or band leaders, it's family."

Lluís Gómez: The sound of your instrument are you

Lluís Gómez is one of the few musicians dedicated completely to this magnificent instrument. For years he has travelled to the United States to learn it’s secrets from the most eminent banjo players in bluegrass and folk music.  He composes his own music, runs workshops on the banjo and publishes articles in specialized magazines in the USA. 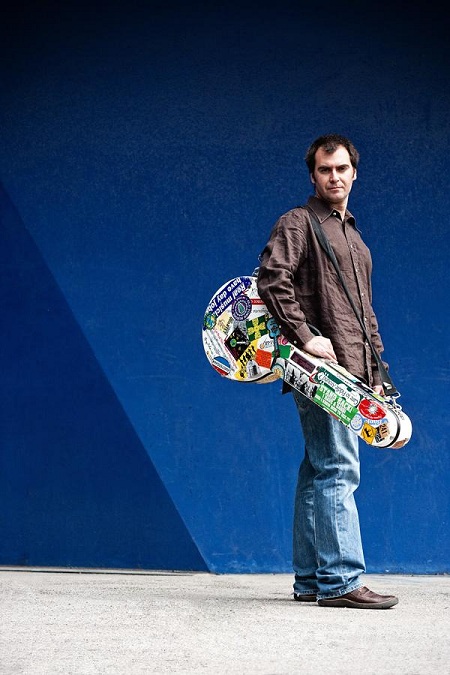 In Spain his first teachers were Sedo García and Ricky Araiza, while in France he studied with Jean Marie Redon. He has received classes from the American banjo players Bill Keith, Tony Trischka, Pete Wernick, Noam Pikelny and Jayme Stone.

He has shared the stage with Bill Keith, Tony Trischka, Jayme Stone, Alex Hargreaves, Mike Barnett, Jean Marie Redon, Tom Nechville, the Carter Brothers, and Gerry O'Connor amongst others. Throughout his musical career he has been in many bands playing folk, bluegrass and Celtic music and recently he has played in groups which play manouche or gypsy-jazz.

He is the musical director of the Al Ras Acoustic Music Festival, which is the only one of its kind in our country. This festival has created much interest in bluegrass and old-time music in Spain. Lluís is also the author with Toni Giménez of Manual de iniciación al banjo de cinco cuerdas, the very first banjo book written in Spanish and Catalan.

Also, Lluís Gómez on banjo and harmonica player Joan Pau Cumellas, presents the Barcelona Bluegrass Band project. This group is primarily dedicated to playing the original music of the Appalachian Mountains of the USA. However, they enrich the traditional sound with touches of blues, country, jazz and Celtic music. The other band members are Miguel Talavera on guitar and dobro and Maribel Rivero on double-bass.

Luis, when was your first desire to become involved in the music & who were your first idols?

Well, when I was a kid I really liked the music, I start paying bass, then I changed to acoustic guitar, and right now i'm playing banjo and fiddle, my very first idols were acoustic guitar players like John Renbourn and Bert Jansch, after I discovered bluegrass music and everything changed! 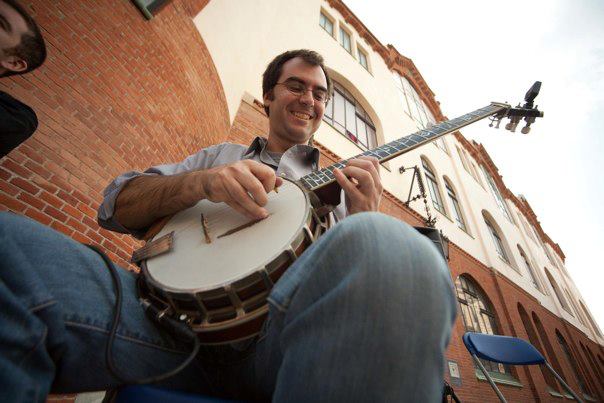 What does the BLUEGRASS mean to you & what does MUSIC offered you?

For me bluegrass it's a family music, you can jam with lot of people around the world, I have plenty of friends thanks to bluegrass music.

Meet my heroes make me better musicians, my heroes like Gerry O'connor, Tony Trischka, Jean Marie Redon and Bill Keith, they're great and really kind persons, play and record with them it's a dream.

Well, recording with Tony Trischka was fun, he's a funny guy, we recorded twin banjo tunes, and Tony told me that I write weird tunes, and then I told him, you're my inspiration!!

I don't remember the worst, maybe bad gigs, but the best, play with Trischka and Bill Keith on stage. Are there any memories from your “studies” in US and Ireland, which you’d like to share with us?

Well, again from Tony, I went to study with him, and I remember he told need to buy something at the supermarket, then we'll go and he bought socks!! and I told him, I'm in USA buying socks with my banjo hero!!! Also lot of great moments with Bill Keith, Pete Wernick, Noam Pikelny, Jayme Stone, they're really generous.

From whom have you have learned the most secrets about the bluegrass music?

Here in Spain from records and from Ricky Araiza, an american guy living in Barcelona for years, and then I learned a lot in USA, playing in live and listening live concerts.

Tell me a few things about your meet & work with Barcelona Bluegrass. How did you get together and where did it start?

The band started with Joan Pau Cumellas and me, the idea was to work on banjo and harmonica tunes, thinking always in these two instruments, Joan Pau and me are really good friends and very old pals from lot of gigs!!

A lot, but specially when we're on tour, it's really difficult to be on the road but with this band everything it's fun. 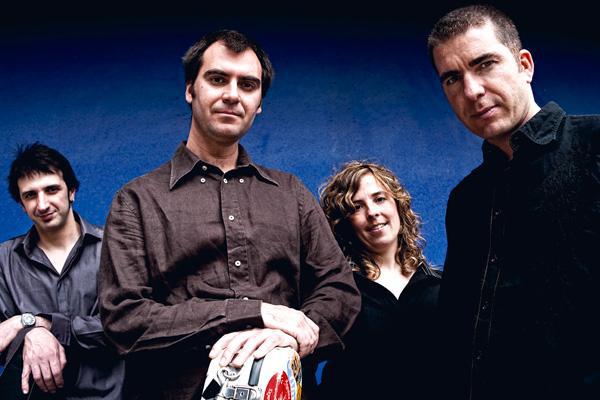 I really like to laugh at gigs, and I'm lucky to play with the Barcelona Bluegrass Band, they are great musicians and great persons, always we have fun on stage, and of course jams are to enjoy, make friends and laugh!!

Describe the sound of Swing 42? How do you characterize the Band?

Swing 42 it's a mix of bluegrass and manouche music and specially the meeting of 4 friends really interested in make original music and have fun with their instruments, we're started with informal gigs, and right now we alrealdy finish a CD, will be avaliable in October.

Lot of improvisation on our concerts!!

Tell me about the beginning of Th'booty Hunters. How did you choose the name and where did it start?

Well, I started with the Booty's one year ago, I'm a friend of Xavi Olle, the band leader and I asked me for a fiddle recording on their cd, I recorded and I started to play with them, until right now. The live concerts are really wild!!

What do you think of BLUES, GYPSIE JAZZ, JUG and COUNTRY & how close are to BLUEGRASS?

Except Country all are acoustic music and that's the thing I like the freedom of play without amplifiers, the sound of your instrument are you, not the amp. 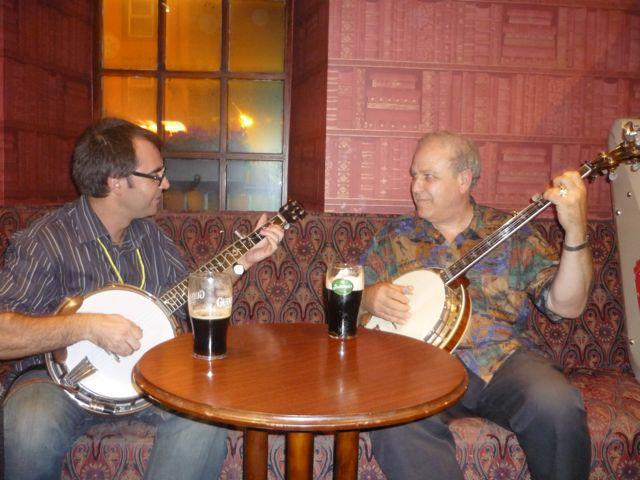 What characterize the sound and the music philosophy of JUG and BLUEGRASS?

Bluegrass music it's vocal music, and a band music not egos or band leaders, it's family.

What do you think is the main characteristic to banjo that made it so popular to JUG, FOLK BLUES and BLUEGRASS?

Well, banjo was made popular by Earl Scruggs when he was playing with Bill Monroe and it's the drive of this music, the rolls!!

From the musical point of banjistas view is there any difference and similarities between BLUES, BLUEGRASS, JUG and JAZZ?

Of course, are different languages with some points in between, acoustic music but with different approach. The improvisation it's very important in all.

Well, it's difficult to me to talk about Blues, cause I'm not a blues guy, but I'm learning a lot with Joan Pau and Miguel Talavera, and I think it's a feeling, deep feeling.

What would you ask of Jerry Garcia? 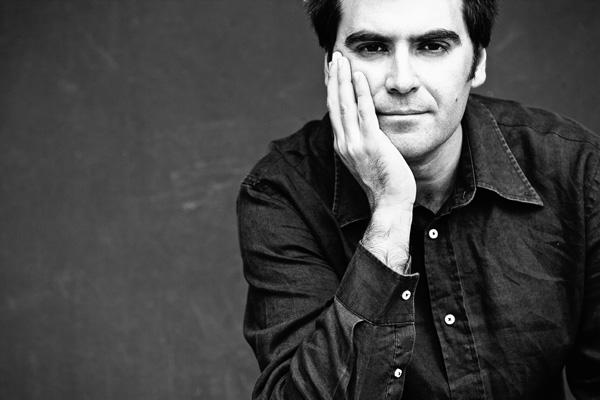